It’s that time of year once again to trim the tree, make cookies, sing carols — and argue whether Die Hard is a Christmas movie.

Star Bruce Willis a few months back put a major dent in the argument for those in favor of the 1988 action film being considered in line with such classics as Christmas Vacation and It’s a Wonderful Life when he said it wasn’t a Christmas movie. But in a number of states, Die Hard is actually the most popular film of the holiday season as far as streaming search goes, according to a recent study by StreamingObserver.

The site —which covers news, reviews and other topics related to streaming entertainment — created a map using data from Rotten Tomatoes (top 50 Christmas movies) and Google Trends (statewide search frequencies) and worked with partners Mindnet Analytics to determine each state’s favorite Christmas film (not necessarily the pic searched for more than all others, but the one searched for more relative to other states), according to Chris Brantner, editor in chief of StreamingObserver.

And welcome to the party, pal, because Die Hard is the top film for these four states: Washington, Missouri, Wisconsin and Virginia.

The 20th Century Fox pic takes place on Christmas Eve in Los Angeles when a lone, shoeless cop has to battle a gang of terrorists. But the movie was released in the summer of 1988 — hence the debate.

Around this time every year, fans have a spirited, mostly tongue-in-cheek back-and-forth as to why the Willis film is or is not a Christmas classic. Die Hard is an action movie first and foremost, one side argues, while the other points out Christmas plays a major role in the story. Even stars and TV personalities, such as CNN’s Jake Tapper, have joined the debate.

Willis himself dealt a massive blow to the argument in July during his Comedy Central Roast when he closed the evening declaring that Die Hard is not a Christmas movie: “It’s a fucking Bruce Willis movie!”

Asked afterward by The Hollywood Reporter how he thought fans would take the news, the actor responded, “We’ll see.”

As far as the most popular search-streamed Christmas films according to the StreamingObserver map, that honor is shared by Home Alone and Gremlins, which are the top picks in six states apiece. Other favorites include Batman Returns, Scrooged and Love Actually. 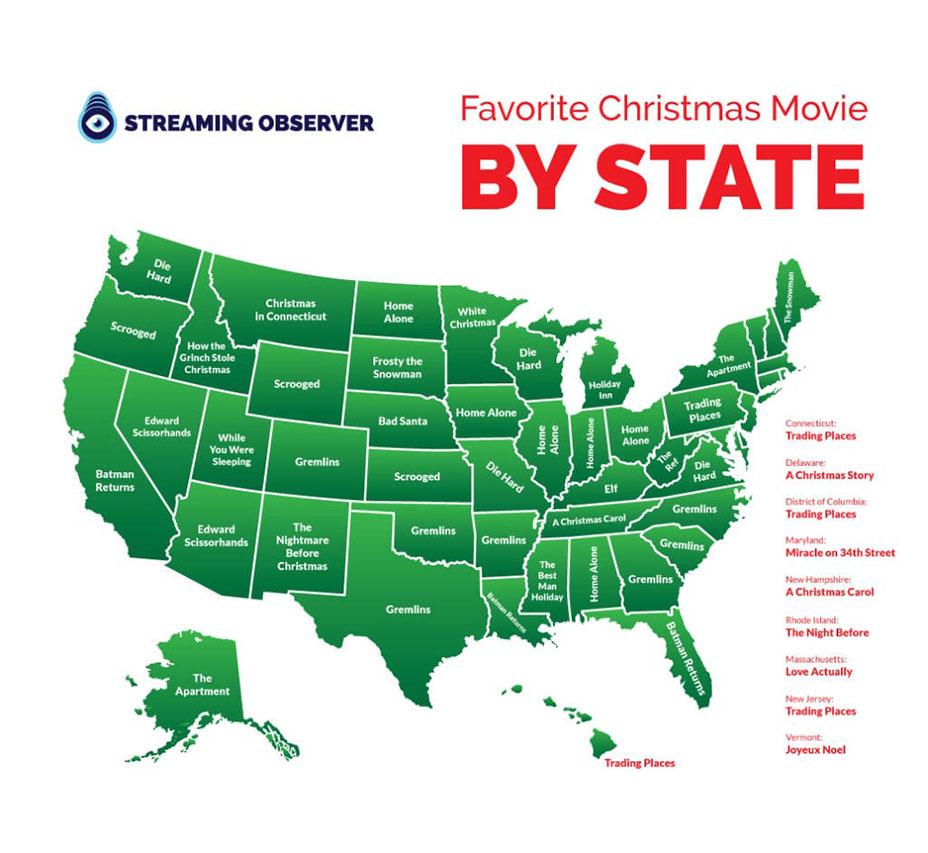