In 1991, director Mira Nair made Mississippi Masala, a romantic drama with an international twist starring a young Denzel Washington, hot off his first acting Oscar win for Glory. Twenty-five years later, the Indian-born Nair (Queen of Katwe), 59, sat next to Washington (Fences), 61, who since has become an accomplished filmmaker himself, at The Hollywood Reporter‘s annual Director Roundtable.

Should a film be judged separately from the personal story of the filmmaker?

Oscars: Indie Outfit A24 Dazzles With a Company-Best 18 Nominations

Stone I have had that problem since I started. Because one of my first films was about Vietnam, they thought I was a soldier, and then because I had some rough language about women in Salvador, they identify you, they typecast you, and it stays that way. There are some critics still knocking me 30 years later. What are they talking about? (Laughter.) I’m not Richard Nixon and Jim Morrison; they’re two different people. But they kind of assume that I am crazy or I’m Richard Nixon in some way. You get type-cast the whole time, I can guarantee that. (To Gibson) What do you think? You have a Jesus complex, right?

Gibson There’s perceptions that you can’t shift, no matter what. I don’t know if it’s unfair, it’s just not right.

Chazelle In a weird way, you find it more often in the case of good movies. If you’re being thought of as Nixon or Jim Morrison, to me that’s part of why those movies are great.

Stone Because you get subjectively involved. You are that person while you’re making the movie. But then you shift your persona. Like an actor, you go into something else. 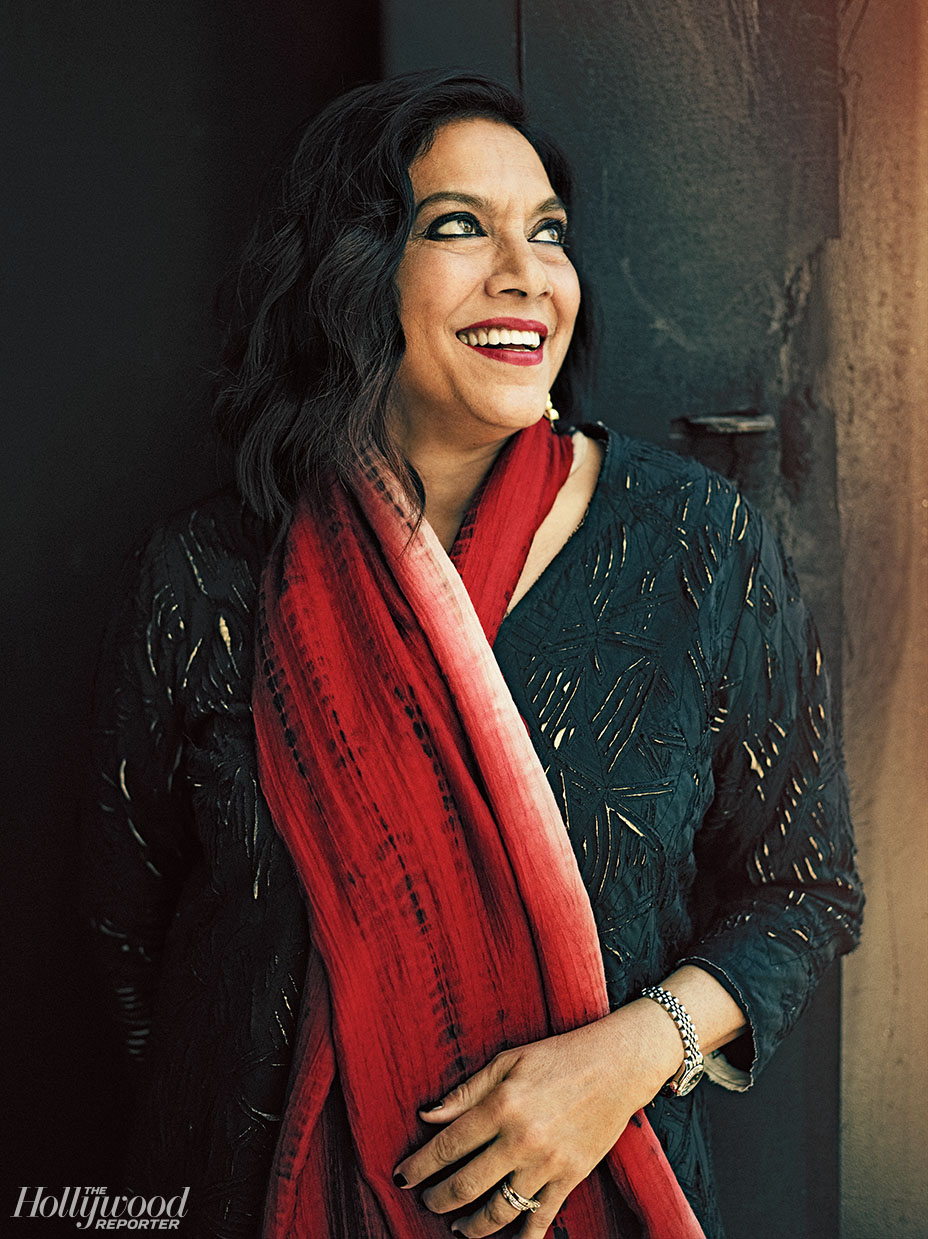 A lot of people didn’t see Nate Parker’s The Birth of a Nation because of the controversy surrounding him. Was that fair?

Gibson I don’t think it’s fair. He was cleared of all that stuff [a rape trial in which Parker was found not guilty]. And it was years ago. You have to follow the system there. I think he’s innocent of all that stuff. The fact that he has to live with that stigma, and that it affects the art he does, is unfair.

Nair I think yes, the art should be separated. But in this case, it was ironic that at the heart of Birth of a Nation was the nature of what he was linked with [a rape of the lead character’s wife]. That was, I think, what created ambiguity and confusion in the eyes of the audience. 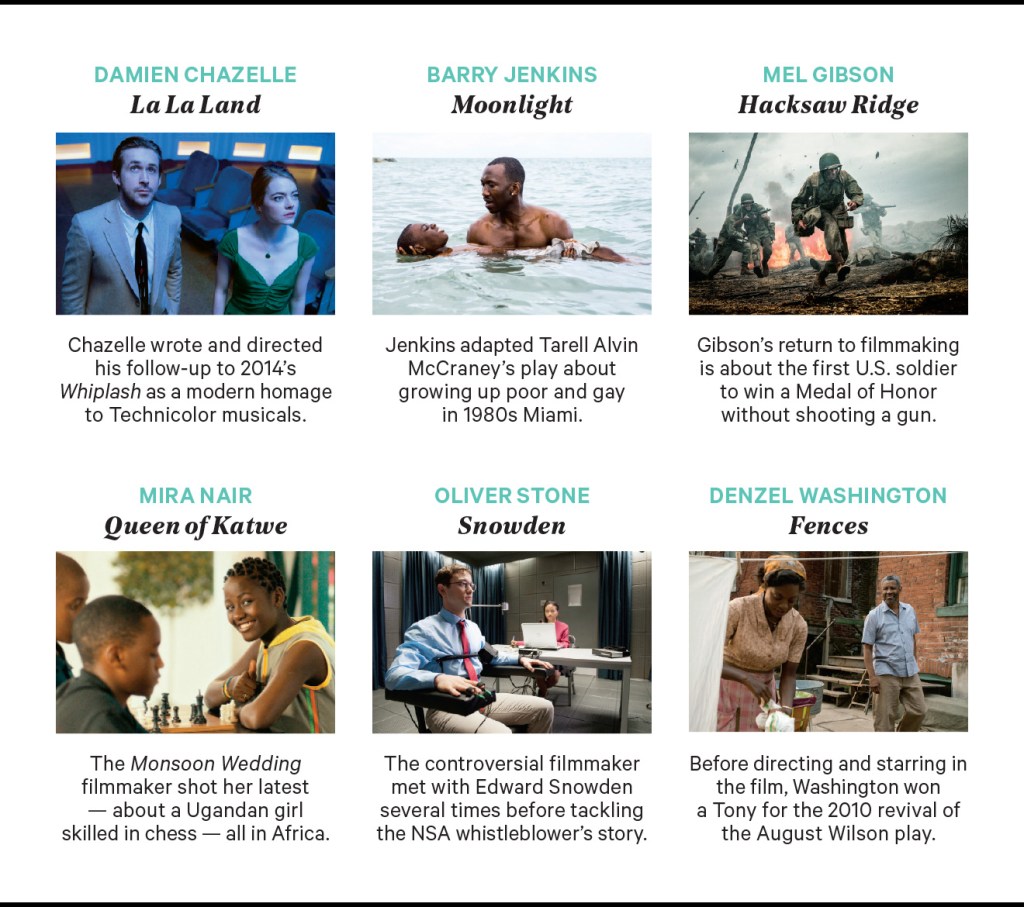 What did you get in trouble for as kids?

Nair Being in an open-air truck with 16 young men and being spotted by an uncle as we went under a main bridge in Delhi was not a good thing for a good Indian girl.

Chazelle I was a handful. One memory is, my mom was getting into her car, pulling out of the driveway, and I thought, “Oh, it’s going to be awesome to ride atop the car.” So I just jumped on and held on to the top of the car. If she hadn’t noticed, I would’ve just ridden wherever she was going down the New Jersey Turnpike.

Gibson Oh God. I cut up a lot as a kid. I had these four brothers all around the same age. So I walked on the top of barns where the roof was falling in, and I’d get a hiding for that kind of stuff. I was always the damn fool that used to tell the truth and own up to stuff. I’d be the one getting the hiding at school or anywhere else. I don’t know, occupational hazard.

Stone You got the question backward. For me, the trouble starts later. (Laughter.)

Is there a passion project you’ve been unable to make?

Gibson I’m working on a story about the 15th century and the Medicis. It’s about Lorenzo the Magnificent. In fact, I called it The Magnificent, but I might have to change the title since Denzel stole it on his last picture [The Magnificent Seven]. (Laughter.)

What about you, Denzel?