Sam Taylor-Johnson is showing off some recent photography: bright, colorful pictures of old motels and other rural subjects that she shot in the Mojave Desert over the past year and that she has tacked on the walls of her new studio on a winding side street off of Mulholland Drive.

“I’m almost ready to start showing them to galleries, if that’s even a possibility again,” says the 50-year-old director, who before making history with the largest-ever opening for a female-directed feature (until Patty Jenkins’ Wonder Woman broke the record with its $103 million opening) was once one of Britain’s hottest visual artists, with solo exhibitions at the Tate Modern in London and the Museum of Contemporary Art in Moscow. “The California light has affected my work in such a positive way,” she notes, pausing to peruse a photo of herself hanging upside down from a light pole in front of the Easy Rest Inn. “I lived in gray for such a long time.”

To some extent, she still does. The fury over Fifty Shades of Grey — Taylor-Johnson’s battles with author EL James over every inch of the blockbuster’s adaptation, the film’s withering reviews (its record $571 million worldwide grosses helped soothe the sting, but still), the indignity of being booted from the sequels by Universal — was a particularly choppy chapter in a life that’s been packed with harrowing plot twists. But today, two years later, Taylor-Johnson finally seems to be turning a page. For one thing, in the fall she purchased this $2 million house and converted it into her new film and photography offices. Just up the hill from her home, it’s a quick escape from the merry chaos of her family life, which nowadays includes a husband (27-year-old actor Aaron Taylor-Johnson) and an expansive collection of kids (two young daughters with Aaron and two other girls from a pre­vious marriage, the oldest a freshman at Stanford), three dogs (including a big one aptly named Bear, who pants by her side) and six chickens. “It’s a full-on house,” she says, nodding toward home. “I just can’t think there.” 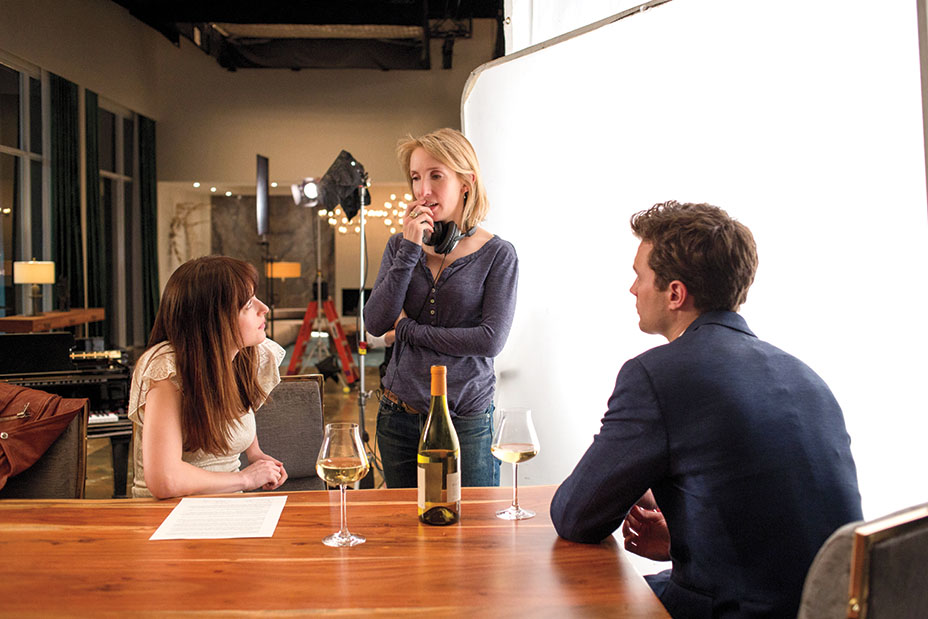 Another new chapter: Taylor-Johnson is about to release her first project since Fifty Shades, a Netflix series called Gypsy that stars Naomi Watts as a therapist who gets over-involved in her patients’ lives. It’s Taylor-Johnson’s first foray into TV — she’s executive producer but also directed the first two episodes — and already she’s feeling 50 shades better about the creative process. “Netflix was involved,” she says. “They were there. But not with any muscle-flexing need to show power. They left me alone to do what I do best.”

The series, which starts streaming June 30, is in some ways familiar territory for Taylor-Johnson, although she’s reluctant to draw comparisons. It may not have a Red Room filled with blindfolds and handcuffs, but it’s being sold as a sexy psychological thriller told in a sumptuous visual style. “There’s an erotic nature to it,” she acknowledges, “but it’s not at all in a similar way to Fifty Shades. It’s about the character’s power as a woman and how she uses it in her practice. It’s complex. Her sexual desires and where she lands is not guessable. It’s interesting to see where it takes her.”

Where it will take Taylor-Johnson should be interesting to watch, too.

“The house was cold,” Taylor-Johnson says as she describes growing up in a poor section of London. “We were on welfare. My parents taught yoga. I had homemade clothes. It was a hippie environment — that was my upbringing.”

Her father moved out of the house when she was 9. School was a nightmare of British class-system stigma: The kids who received free lunches, like her, lined up in different queues than those who could afford to pay. Her mom took solace in religion — pretty much all of them. “She kept an altar with a Buddha, rosary beads, Krishna and a crucifix,” recalls Taylor-Johnson. “She covered all bases.” But for young Samantha Taylor-Wood (as she was christened), the only escape was through the lens; she got hold of her first camera and it was love at first click. 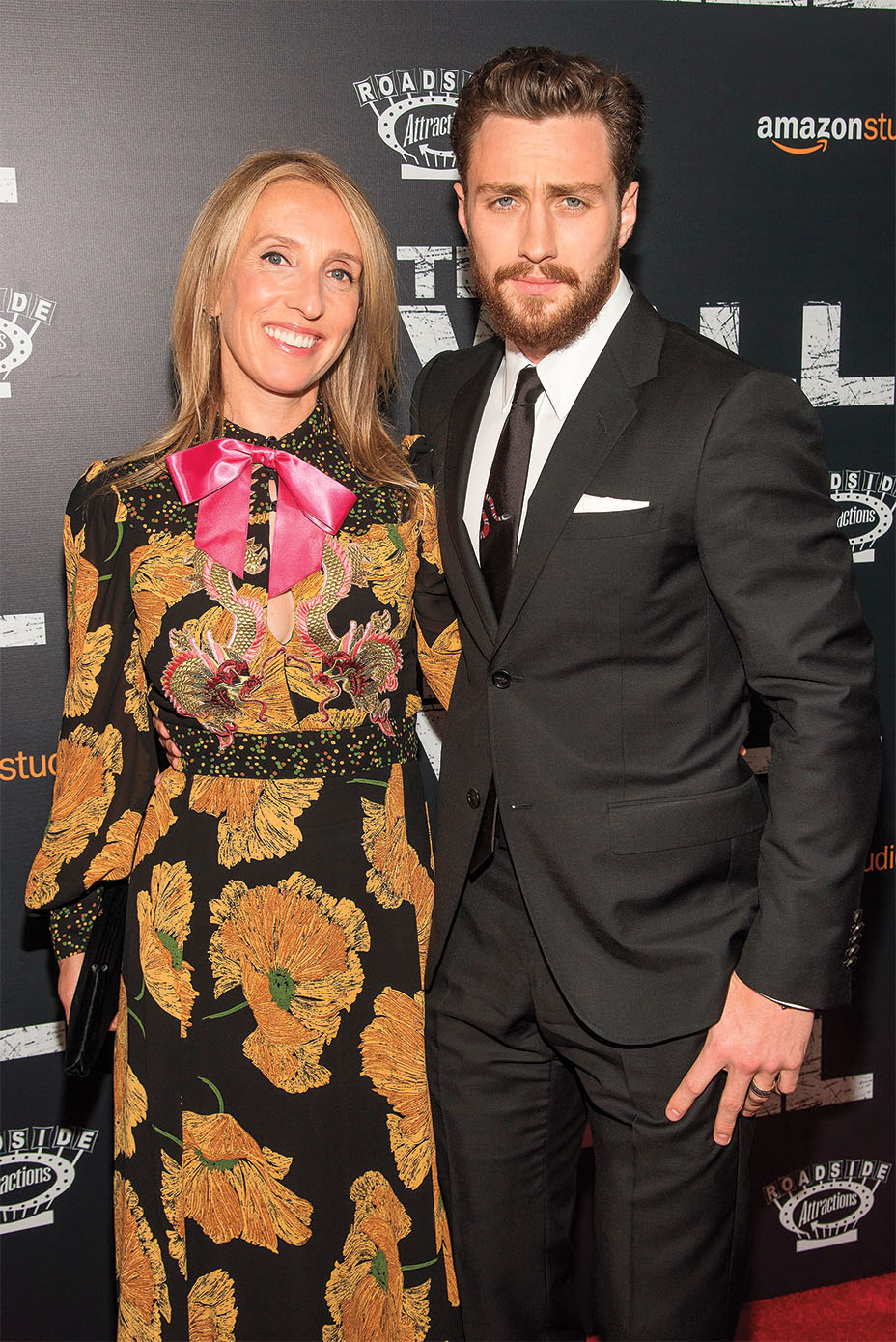 After graduating from Goldsmiths College in 1990, she began exhibiting her photography and became a darling of the London art scene alongside other YBAs (Young British Artists) of the era, such as Damien Hirst and Tracey Emin. In 1997, at age 30, she married a wealthy gallerist named Jay Jopling and started living the posh life. They had two children, but something was missing. “I lived it large for a little while,” she says. “But I wasn’t happy in the glitzy-glamour, high-market, fancy living. That was a big lesson.”

She learned other big lessons around that time. The same year she married Jopling, she discovered she had colon cancer. She beat it, but three years later, the diagnosis was breast cancer. “The first time didn’t change my perspective,” she says of the life-and-death battles. “The second time, I changed everything. I went through all the treatments. I did chemotherapy. I lost hair. I did the mastectomy. And then I changed my diet, my world, my art.”

Changing her art meant becoming a film director. In 2008, newly divorced, she signed on for her first feature, Nowhere Boy, a drama about a young John Lennon. “Having gone through that world of cancer, taking on a movie is nothing,” she says. “A pair of hospital doors is a lot more frightening than stepping onto a set.” It was on this set that she met and fell in love with the film’s leading man, fellow Brit Aaron Johnson. She was 42; he was 18. Five months after giving birth to their second child, in 2012, she married Johnson, and each took the other’s last name. “If I gave a second thought to other people, I would be the unhappiest person, probably still in a miserable marriage,” she says of the raised eyebrows over the couple’s age difference. “People like to talk about it. I’m like, ‘Yeah, but it works better than my last marriage.’ It’s lasted longer than a lot of my friends’ marriages.” 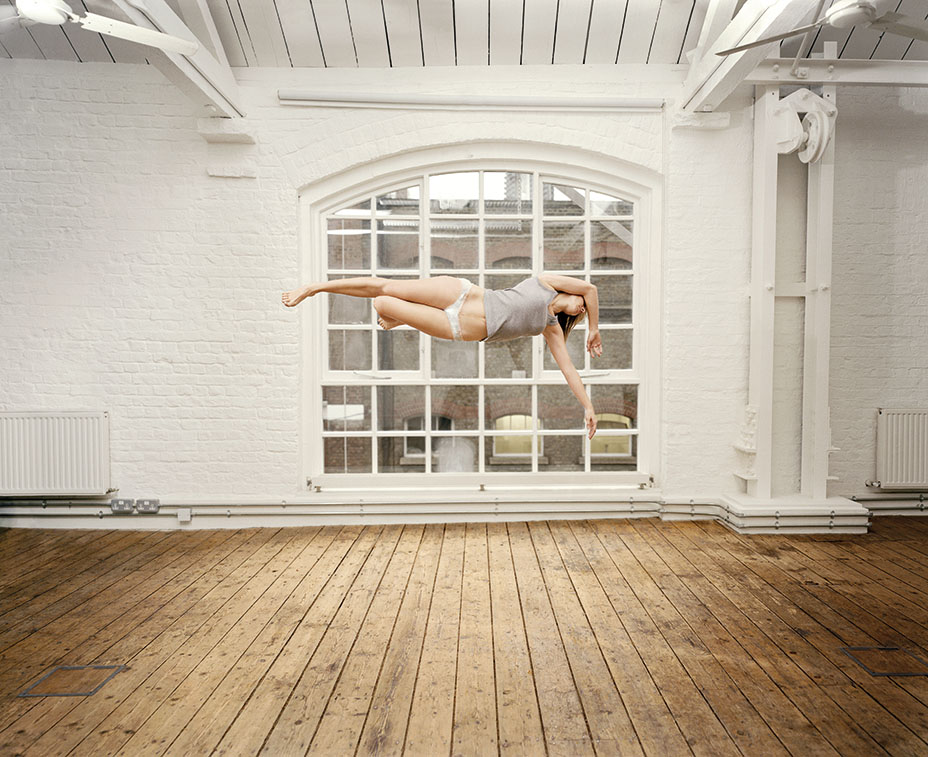 Her second film changed her life as well, but in a much different way. Fifty Shades of Grey became the second-highest-grossing live-action film directed by a woman (just behind Mamma Mia!‘s $609 million worldwide gross, although Wonder Woman, $254 million at press time, threatens to surpass them both) and made Taylor-Johnson famous. But it also put her in Hollywood’s crosshairs. Indeed, she barely survived the production. The arguments with author James (real name Erika Mitchell), who had negotiated creative control with Universal, became trench warfare. “Two different creative visions,” Taylor-Johnson says of the dynamic with the novelist. “Her vision versus mine, and they were polar opposite. Every scene was fought over. It was tough. It was like wading uphill through sticky tar. Her thing was, ‘This is what the fans expect.’ I’d be like, ‘Well, let’s try and hit those marks but create a new universe at the same time.’ “

Even though Fifty Shades broke box-office records, Taylor-Johnson, who reportedly earned more than $2 million for directing, didn’t get much love from Hollywood. “There weren’t any flat-out [job] offers straight away,” she says. “It was ego-denting, which may not have been a bad thing. At the same time, I was like, ‘Oh, I still have to keep fighting for stuff.’ I just thought it was going to come a lot easier.”

Indeed, it got harder, with Universal dropping her from the sequel and instead hiring James Foley to direct Fifty Shades Darker (it ended up grossing one-third less, topping off at $378 million). “There was a tentative plan that I would be involved with the following two,” reveals Taylor-Johnson. “[But the studio] wanted to see how the first one went before any discussion. It went well in terms of box office. But less well with my relationship with Erika.”

For a while afterward, Taylor-Johnson couldn’t even look at a script. There were rumors about Marvel courting her for its female-led tentpole Captain Marvel (with Brie Larson in the title role), but she was so discouraged, she barely noticed. “I don’t even remember,” is all she says when asked about it. She spent a lot of time meditating. She took care of her kids. She shot photos, something she had little time for during the Fifty Shades production and publicity tour. Then, about a year later, when she was finally ready to look at scripts again, the one she picked up was Lisa Rubin’s for Gypsy. “She’s a force of nature,” she says, remembering her reaction to the lead character, Jean Holloway. “She’s interesting and dangerous. Women aren’t always written so multidimensional.” 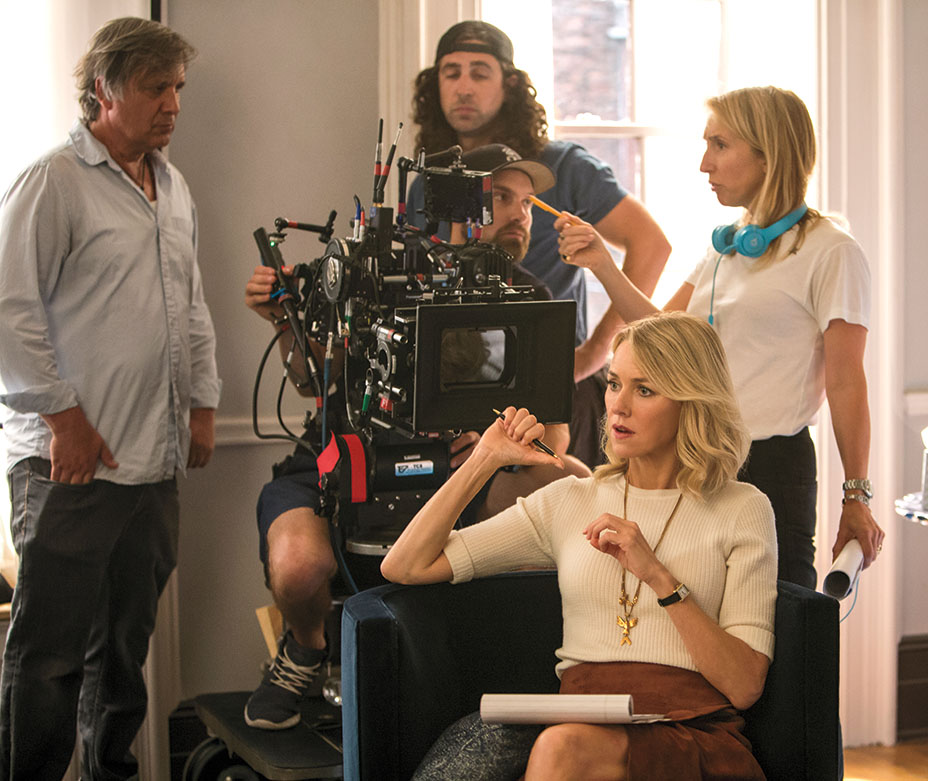 Watts recalls showing up on the set in New York on the first day last fall and being struck immediately by Taylor-Johnson’s cinematographic eye. “There’s some truly poignant images in Sam’s episodes,” says the actress. “One of my favorites was this trick mirror shot where Jean, my character, seems to vanish, then reappear, then vanish again as she’s walking down the street. To me that’s so representative of how Jean feels every day, and that was such a beautiful piece of storytelling.”

At this point, Taylor-Johnson isn’t sure she’d sign up for a second season, if there is one; she has learned to be noncommittal about sequels. “I feel like I’m a filmmaker at heart, and that’s what I would like to go back to,” she says. At the moment, she and her husband are finishing a screenplay together. She would direct and he would star. “We’re already a team,” says Aaron, best known as Quicksilver in Avengers: Age of Ultron (or, to a different crowd, as the sinister killer in Tom Ford’s Nocturnal Animals). “We are already parents that run our house, so when we work together it’s the best.”

And, of course, there’s always her photography, which had been on a three-year hiatus. Her last solo exhibition — a series of photographs taken in the private rooms of Coco Chanel at 31 Rue Cambon in Paris — was in 2014, at Saatchi Gallery in London. Another exhibition — perhaps of roadside motels in the Mojave Desert? — could well be next on her to-do list. Although lately, she confesses, she has been fantasizing about directing another big-budget, high-profile franchise sequel filled with lots of sex and gadgets. “In my dreams,” she says, “I would love to direct a James Bond movie. I grew up on James Bond. One day, who knows?”