For die-hard fans of The Room, perhaps no moment is more uncomfortable to watch than one of the film’s infamous love scenes.

In the scene, Johnny (writer, star and director Tommy Wiseau) reveals more of himself than the audience (or the cast and crew filming that day) thought necessary, but which the filmmaker believed was needed to sell the movie. As author Greg Sestero recounts in his book The Disaster Artist, it was a very uncomfortable day on set, with the crew feeling particularly bad for actress Juliette Danielle, who played Johnny’s future wife Lisa.

That discomfort comes to a boiling point in director and star James Franco’s adaptation of the book, in which he plays Wiseau. In the film, director of photography Raphael Smadja (Paul Scheer) takes Tommy to task for his behavior during the shoot. It’s a tense moment Scheer says Franco captured by keeping the cameras rolling longer than might be expected during a normal production.

“So you really built this intensity,” Scheer says.

For the love scene, the cast did not see Franco beforehand until he burst onto set in character. They performed the entire scene in one long take (the cast would later punch in to capture smaller moments).

“We didn’t see James with the cock sock on, coming in naked until Tommy did. We are all interacting, ‘Where is he, where is he?’ Boom! He comes on set. He’s on set, we’re seeing this thing, he’s being really aggressive to her. As a character … you are watching all these people interact. It really allowed for all of these performances to feel alive, because it wasn’t just crafting a moment, it was really taking this whole thing in. I think everything was able to reach these emotional apexes organically.”

Scheer is something of a The Room scholar, having met Sestero on an early episode of his podcast How Did This Get Made. In honor of The Disaster Artist, he’s re-released that episode with some new material (listen here). And in a conversation with Heat Vision, Scheer also discusses the Galaxy Quest series he’s developing for Amazon and working with Sestero and Wiseau on their upcoming film Best F(r)iends.

People have said James Franco did not break character while directing the movie. Is that how you’d describe it?

I think the fun, internet headline is “James was in character directing.” It was a little bit more refined than that. Every day, Jim is on set. He’s in prosthetics and a wig and in this outfit. Tommy is a very specific character, not a character you can easily go in and out of. James made this choice to be Tommy when he was on set, but not the way Jim Carrey was Andy Kaufman [on the set of Man on the Moon]. I could still talk to James, he would just speak to me in the affectations and mannerisms of Tommy, but it was still James.

Was that ever confusing?

I think the most confusing part of it was, James was really intent of creating a very live environment on set, so the camera would be rolling before and after what was written on the page. It was people interacting in their environment, the same way you would see it maybe in The Office. Everyone is doing their job and then the scene would kind of eventually start. Then it would finish, and the scene would keep on going. We would kind of keep on finding these little moments and because of that, and because James was in the voice and manner of Tommy when he would call cut, there was a lot of confusion of, “Who just called cut? Did Tommy just call cut? Did James just call cut?” There would be a couple of moments of “This is James saying cut.” Because sometimes Tommy would say “cut.” 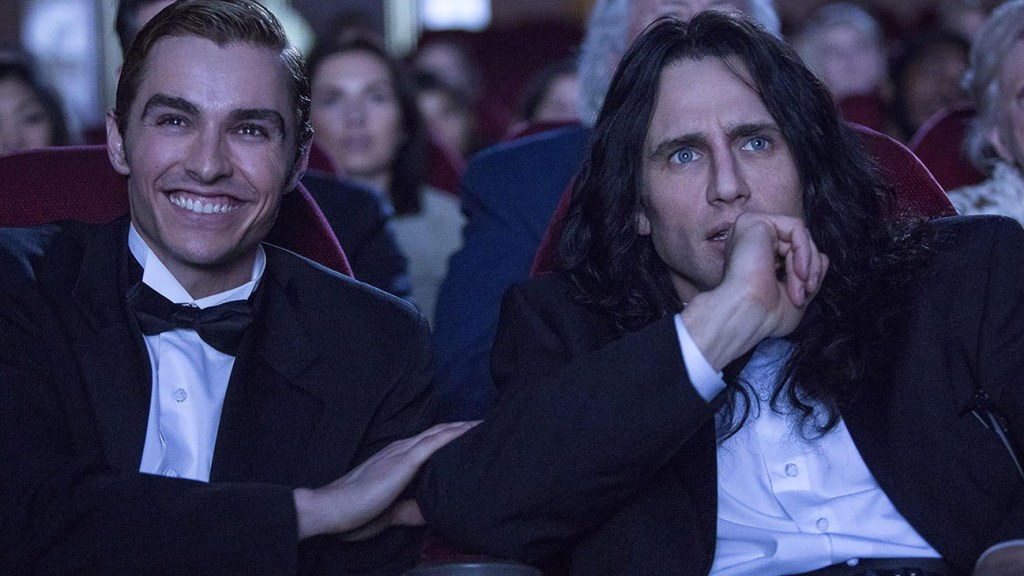 One of the most intense and uncomfortable scenes is Tommy shooting his love scene. What do you recall from that?

I think the character of Raphael and [Seth] Rogen’s character Sandy, we are very much the audience. When you are an actor in these movies, you are always trying to put on a brave, stiff upper lip. “This is going to turn out great, maybe I don’t know what the whole plan is.” But we had the vantage point as crewmembers essentially to go, “What the fuck is going on?” We’ll continue to work, and I think having that perspective of being the Waldorf and Statler was interesting, because we could be the audience. I think I’m the only person in the movie who really takes Tommy to task. This is the fine line the movie draws. Tommy is a very charismatic guy who also can be a very problematic guy, and I think that scene walks that line of showing, “Yeah, this made people uncomfortable” and to have this moment of confrontation.

You are in Best F(r)iends with Tommy and Greg, which Greg asked you to be in. What’s the feeling of getting the band back together for that?

People are really blown away by it. I don’t know if you are familiar with this movie Birdemic? I think in a very public way the studio who bought Birdemic was like, “Here’s a million, go make your next movie.” But it’s almost trying to re-create something along the lines of what Birdemic is, and here they don’t do that. They [Tommy and Greg] are not doing that. They are doing something different. It’s more Lynchian in tone or something. I have not seen it, but they’re not striving for mediocrity or to be like, “Let’s make another Room.” The only thing, if anything, they are playing on is, “All right, you love Tommy, we’re going to write a role that plays to his weirdness.”

Where are you on your Galaxy Quest reboot?

To me, the big entry point is that in 1999, Star Trek sci-fi was a very niche thing. Yes they had conventions, but they were at hotels. Now it’s 2017. Hall H is full, the cast of the Guardians of the Galaxy are rock stars. The cast of Star Wars are on Jimmy Kimmel. These are our new people. That to me was our entry point. Just that dynamic flip between 1999 and now. I want to pay homage to the first movie. I want the first movie to have consequences on this series, but I also want this series to be for the people who were my age when I originally saw Galaxy Quest who are growing up now with The Force Awakens and Guardians and they can relate to it on that level. I want to do the fan service, also introduce it to new people; I don’t want to do a reboot for reboot’s sake.