“I plan to dress up in my own living room. I do have a dress and heels, and I’m going to wear them.”

That’s Helen Hindpere, lead narrative writer of role-playing video game Disco Elysium, planning how she will celebrate the BAFTA Game Awards this week now that the ceremony — disrupted by the novel coronavirus pandemic — has been repackaged into an online live-stream event.

“It’s quite weird, she tells The Hollywood Reporter, “because on the one hand it’s BAFTAs — it probably would have been the biggest event I’ve ever been to. But now it’s virtual, so there’s this personal excitement and at the same time, I’m very worried about what’s going on in the world.” She’s referring, of course, to the virus, which has wiped out just about every event on the immediate calendar.

“I’ve been thinking that we should all do a Zoom thing where we all watch together, she says to The Hollywood Reporter, but she’s really telling art director Aleksander Rostov, who’s also on the call. “I’m sad that I can’t go and have tuxedos made with the guys,” he jokes.

“The way we built up the narrative is kind of a nod to [1999 RPG game] Planescape: Torment,” says Hindpere. “It’s kind of like a joke version of that, but the joke eventually turns out to be quite tragic.” Rostov adds that there are a lot of detailed references to Planescape: Torment in the game, such as the floor tiles in the beginning sequence.

“The world building behind the game grew out of Dungeons and Dragons role-playing sessions that we had as teenagers,” he later says. 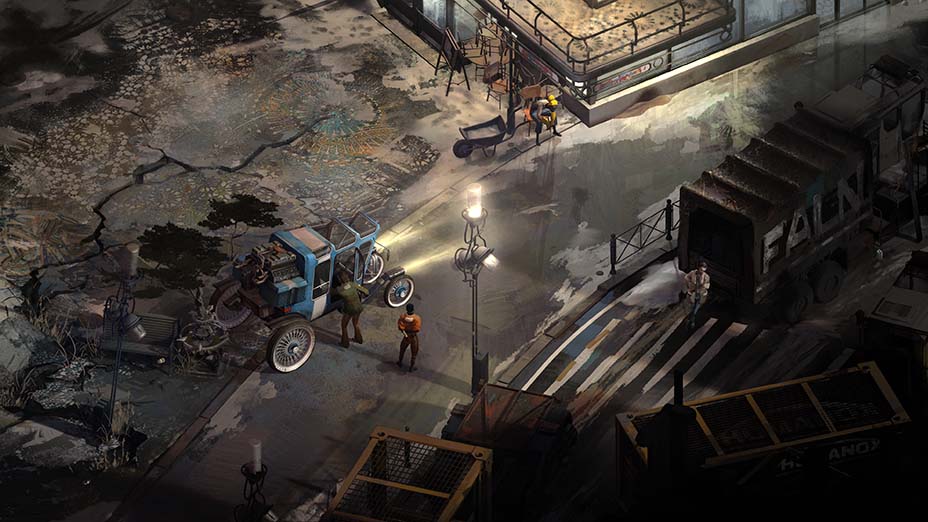 The team was also inspired by TV shows like The Wire. “What we liked there was how it was always about the neighborhood, and the fact that this neighborhood was very working-class,” says Hindpere. She adds that, in the literary world, Emile Zola was very impactful. “I think it’s important to talk about and show the misery of human life because it actually makes you feel less alone when you discover yourself in that situation.”

For the art style, Rostov took elements from contemporary painting. “It’s supposed to reflect and work in tandem with the subjectivity of the game — the fact that it is so personal,” he says. “A lot of what happens in the game is the inner monologue of the main character, so it’s appropriate that the art style is very subjective. It’s not photo realistic.”

Speaking about the current world, Hindpere finds it impossible, as a creative person, not to be affected in some way or other. “I also think it has been really wonderful to see humanity come together,” she says. “We’re actually fighting against something that’s so ancient, and in some ways, so simple. I find something so hopeful about the fact that humanity still has the ability to act as one.”

Of the gaming angle, she adds, “I think it’s interesting how we’ve actually had games about pandemics for years and years; it’s almost like we’ve been anticipating something might happen, and now it has suddenly happened. I don’t know what’s going to happen to those pandemic games. Are people going to keep making them?”

Thinking about the unusual current climate, Rostov says, “It’s definitely illuminating because it’s giving us a chance to see how governments work, how huge state bodies operate, which are the kinds of themes we like to explore.”

He adds that a “fascinating reversal” for players would be where they get to take on the government and explore how people react to global threats. Video games have always “been there,” the art director says, referencing his own life. He recalls how he was exposed to MS Dos games, like 3D Tetris, when he visited his mother’s workplace, the Ministry of Finance, as a child growing up in Estonia. Though he didn’t properly “intellectualize” games until he began exploring gaming communities in his 20s and saw others analyzing the behavior of familiar characters like Super Mario.

Similarly, video games were always in Hindpere’s life, though she didn’t envision a life for herself in the industry. “I never imagined I would be someone who makes them,” she says. “It seemed impossible. It’s such a huge thing to put together, especially when not a single person has experience.” She is referring to the creative team at the ZA/UM studio, described by Rostov as an “art movement.” The pair joke that, when the studio was founded in 2016, they were living in “squats” as “bohemians.”

“After the success of Disco Elysium, we finally have enough money in our bank accounts that we can afford to buy board games,” says Rostov. Hindpere rattles off a couple of titles that they enjoy: Twilight Imperium, Wingspan. “Our lead writer has this entire board game collection that is just waiting to play with us,” she says. “Literally one day before the quarantine, I actually moved right next door so that we could play board games together,” Rostov adds. 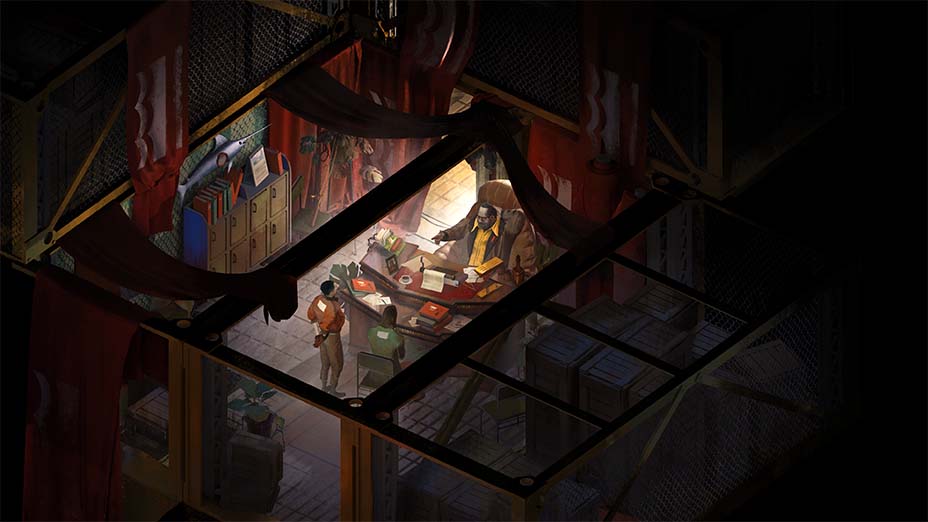 Until the two — along with the rest of their team — can exist in the same physical space again, they are comfortable playing video games to help pass the time. “I realize that I’m slowly becoming addicted to Magic: The Gathering, the online version, says Hindpere. “I’ll probably need to address it in a few months when the quarantine is over and I’m still not going out,” she says with a laugh.

Meanwhile, Rostov is knee-deep into Half-Life: Alyx. “I realize that Valve is not a video game company, they are like this workshop of artists whose interest is to uniquely push the medium forward,” he says, comparing the movement of a VR-experience to that of a contemporary dance spectacle.

With the coronavirus continuing to disrupt the work routines of many companies, ZA/UM is not terribly affected. “I think in some ways we were quite lucky because we already had quite a few people working from home that the transition was easy enough,” explains Hindpere. “But yeah, I obviously miss seeing my work colleagues and there are quite a lot more Zoom meetings now.”

She continues, “I think with video games in general, it’s quite easy to start working from home for most studios, especially smaller ones that don’t have to worry about bandwidth and server issues. We have people working from London, Brighton, Poland, Estonia, China, USA, Paris — it’s something we’ve always been doing.”

Considering the impact of Disco Elysium, she says, “People have said that it made them think about their own morality and humanity, and that is also what everyone now is forced to [confront]. Let’s just hope that it helps people through this time.”

BAFTA Games Awards: Lockdowns, Prerecorded Speeches and a Host Working From His Basement