With Captain Marvel introducing the Skrulls into the Marvel Cinematic Universe at the same time as the MCU’s first large-scale narrative prepares to wrap in May’s Avengers: Endgame, a lot of people have been wondering: Is a movie version of Secret Invasion on the cards? Hell, even I pondered the possibility a few months ago.

For those not fully aware of the reference, the comic book Secret Invasion was a 2008 storyline winding through the majority of Marvel’s line, centering around the Avengers titles, which were also written by Secret Invasion writer Brian Michael Bendis. The hook was simple: Without anyone realizing it, Earth had been the target of an invasion by the shape-changing Skrulls for decades, with people being quietly replaced by Skrulls ahead of an overt attack that would see countless sleeper agents activated, including many members of the superhero community.

There were complications, of course, not least of which the return of many heroes kidnapped by Skrulls at various points in the past — some of whom also turned out to be Skrulls — which upped the paranoia of the entire thing significantly. The appeal of the story was aptly summarized by its tagline: “Who do you trust?”

In addition to being the kind of world-threatening story that brings all the company’s biggest characters into violent and spectacular action, the comic book Secret Invasion brought to an end a plotline that had been status quo for about a year by that point: the post-Civil War landscape where Earth’s Mightiest Heroes couldn’t stop fighting with each other. This aim of the series was only barely subtext; the Skrulls made explicit reference to the fact that the good guys couldn’t work together, which made an invasion so much easier. In the MCU, the events of Avengers: Infinity War serve a similar purpose (and, potentially, make a similar point). 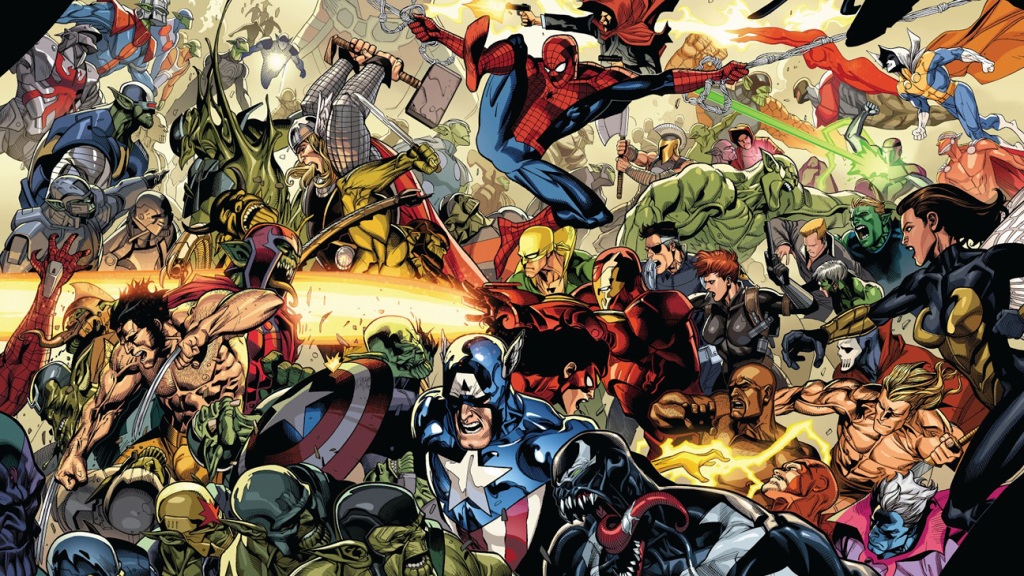 A cinematic Secret Invasion would have to make significant changes to work — not least of which being the fact that it would be repeating plot beats from Captain Marvel, in so far as having Skrulls undercover as humans. There are more problems than that, though: Humanity is, to all intents and purposes, a bystander in the cinematic Kree/Skrull conflict, not the force that ends it and causes intergalactic ill will toward Earth as a result, as per the comic book mythology.

Similarly, Captain Marvel ends with a human launching into space to help the Skrulls; why, then, would they return to Earth decades later to invade it (again)? It would feel like a belated way of undercutting Captain Marvel the movie, and Captain Marvel the hero: She left Earth to help this alien race that would then try and invade and dominate humanity; what a bad decision.

Moreover, the core themes of Secret Invasion the comic book have already been covered in the MCU: As pointed out above, Avengers: Infinity War gets the band back together after Captain America: Civil War, and the comic book’s tagline of “Who do you trust?” could be applied quite easily to Captain America: The Winter Soldier’s big Hydra reveal. Is it worth repeating that, just to pretend it’s a bigger deal when some of those doing the betraying have superpowers?

None of this is to say, definitively, that there isn’t a Secret Invasion: The Movie in the MCU’s future. If nothing else, the Invasion of the Body Snatchers element is probably too tempting to abandon entirely and, as my colleague Richard Newby points out, Marvel Studios has a history of using the titles of popular comic book storylines without feeling the need to translate the story faithfully onto the screen. It’s very possible that a Secret Invasion movie could end up massively reworking the comic book story to give it a different alien race with a worse relationship to humanity and a new subtext and purpose that isn’t merely playing similar notes to those the audience is already familiar with, after all. Even if it wasn’t, it’s not as if studios don’t make missteps every now and then — even Marvel (Hello, Inhumans).

That said, for those who think that Captain Marvel is obviously, definitely, without a doubt setting up a Secret Invasion movie to follow up on the massive scale of the Thanos storyline…. Perhaps not just yet. There are definitely reasons why that might not be the best idea, at least for a while. And the Skrulls have been shown to be very patient when they need to be.

How 'Captain Marvel' Could Lead to a 'New Avengers' Movie