With the release of the first issue of the comic book series House of X, Marvel Entertainment has dramatically shifted the position of the X-Men franchise inside its publishing line — and perhaps presented a model for the property’s eventual entrance to the Marvel Cinematic Universe.

The issue is the first installment in writer Jonathan Hickman’s ambitious relaunch of the X-Men as a concept. It reimagines the long-lasting property as one in which mutants are a separate culture from humanity altogether, one with its own language, science and nation state, the so-called mutant island of Krakoa.

The mechanics of how this happened are intentionally vague, although Krakoa is seemingly integral, being described as “not just the home of mutants and the seat of their nation-state, [but] also the only known producer of the primary economic resource of the mutant nation,” during the issue.

Beyond simply upsetting decades of tradition and cliche built up around the X-Men, House of X No. 1 creates a status quo for the property that expands beyond superheroics and places the property firmly in the political thriller category: Mutantkind is no longer in danger of extinction, as has been the dominant storyline for the majority of the past couple of decades, but instead in danger of becoming the dominant species, creating a headache for humanity…especially because the “primary economic resource” of Krakoa as mentioned above happens to be medicine that extends humanity’s life span. What happens when humanity has to come to terms with no longer being the dominant species on the planet? 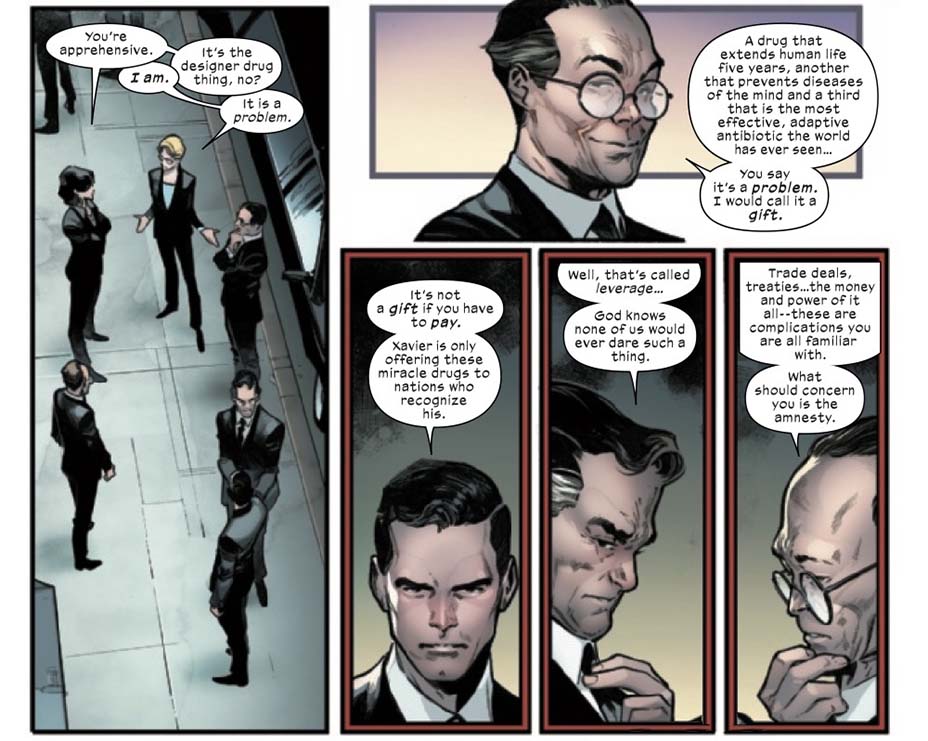 (There are explicit teases to that question in this first issue, suggesting an uncomfortable and potentially genocidal reality lying in wait if certain factions have their say.)

In addition to Hickman, the relaunch comes from artists Pepe Larraz and Marte Gracia, who illustrate the six-part House of X series, and R.B. Silva and Gracia, who handle the visuals of companion series Powers of X.

The concepts introduced in House of X may be too big for the Marvel Cinematic Universe — even in the wake of Avengers: Endgame, would Marvel Studios really want to introduce something as arguably world-breaking as a 20-year countdown to humanity being displaced by mutantkind, never mind the notion of multiple nations conspiring to potentially wipe out an entire race in response? — but in its ambition and shift from superheroics to something larger and more wide-ranging, the reboot of the comic franchise presents an option to differentiate a big-screen X-Men from every other comic book movie.

House of X, based on the first issue alone, is fascinating reading and one of the most compelling superhero comics published by Marvel in years. It does something new with the mutant metaphor that feels compelling and contemporary. As Disney considers how to best utilize the X-Men movie property now that it’s back under Marvel control, it wouldn’t just be unexpected if the Hickman-led comic book relaunch wasn’t considered source material; it could even be described as foolish.

House of X No. 1 is available in comic book stores and digitally now. 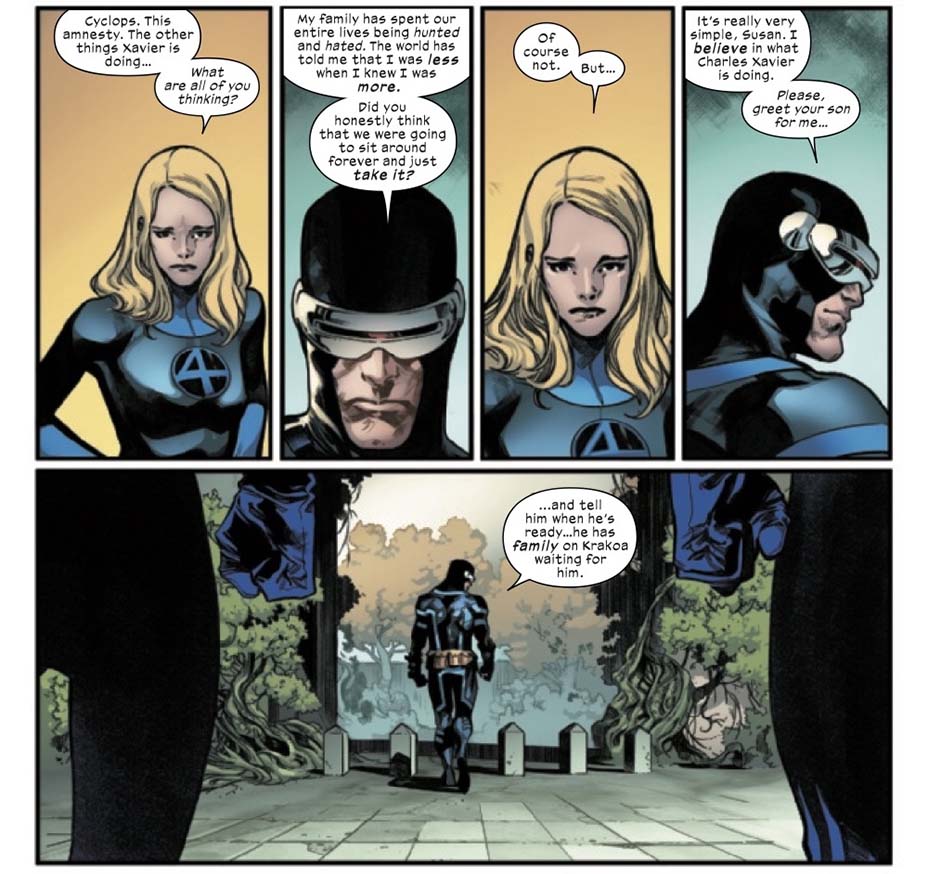 Marvel's 'Shang-Chi' Villain Has Been Hiding Longer Than Thanos