Legendary movie poster artist Drew Struzan is known for conveying a lot of emotion without words. So it’s only fitting he was left speechless by the end of an intimate career tribute highlighting the artist’s work with some of Hollywood’s biggest franchises.

“This is called speechless,” said an emotional Struzan after Stranger Things poster artist Kyle Lambert presented him with a poster paying homage to his life’s work on posters for Star Wars, Indiana Jones, E.T., Back to the Future and The Shawshank Redemption.

“I’m thinking about my childhood and how I never had a birthday party, never had a good meal, everywhere I went, I worked my ass off. Nothing was ever given to me before, except by these lovely people,” said Struzan — referring to the directors who hired him over the years, such as Steven Spielberg, George Lucas, Frank Darabont and Guillermo Del Toro.

Cannes: Tom Hollander to Star in Bille August's 'Me, You' for Brilliant Pictures

The intimate gathering was held at the home of John and Nancy Ross on March 1 and included a panel of filmmakers who spoke fondly of their work with Struzan, including Darabont, who convinced the artist to do ten-year anniversary posters for The Shawshank Redemption and The Green Mile after cold calling him at home. Darabont said he was happy with the original posters others had done for the film, but that Struzan’s were truly great.

“It kind of set karmically the whole poster thing right for me, because he wound up doing two of the best posters I’ve ever seen for my movies,” said Darabont. 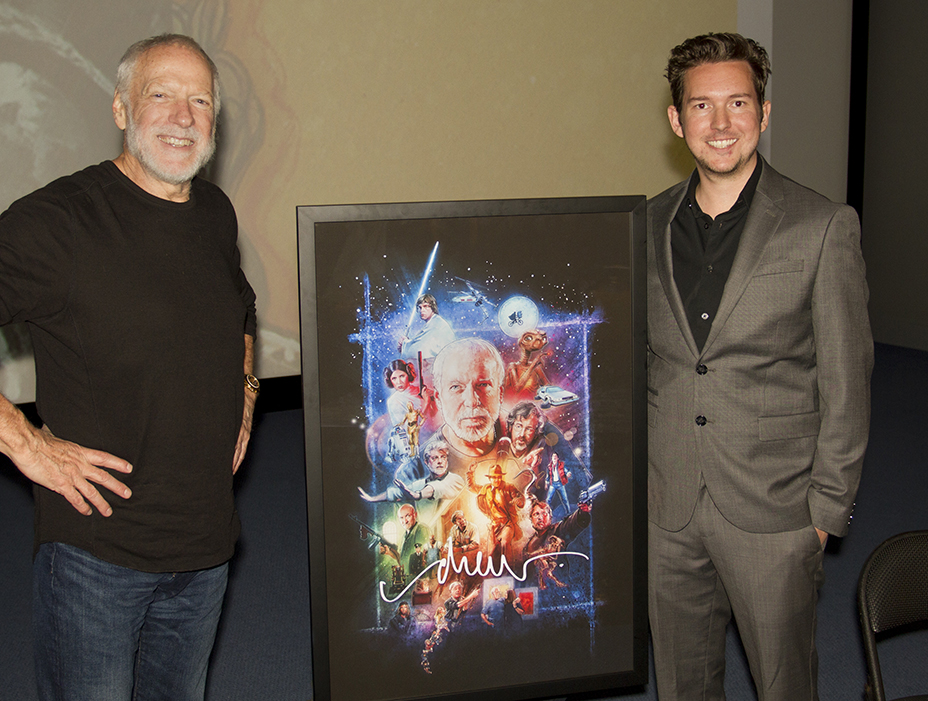 How to Train Your Dragon filmmaker Dean DeBlois couldn’t afford to go to the movies that much growing up in Quebec in the 1970s, the days before VHS. So Struzan’s posters became a way to re-live films that would be key to his formative years.

“I could go to the theater and stare at the poster and try to recall everything about the film,” he said. “And it just jogged my imagination. It made me want to be a part of that world and — here I am, several movies in.”

Struzan is officially retired, but DeBlois said he’s trying to coax the artist to create a Triptych for the How to Train Your Dragon trilogy (the third installment opens March 1, 2019). 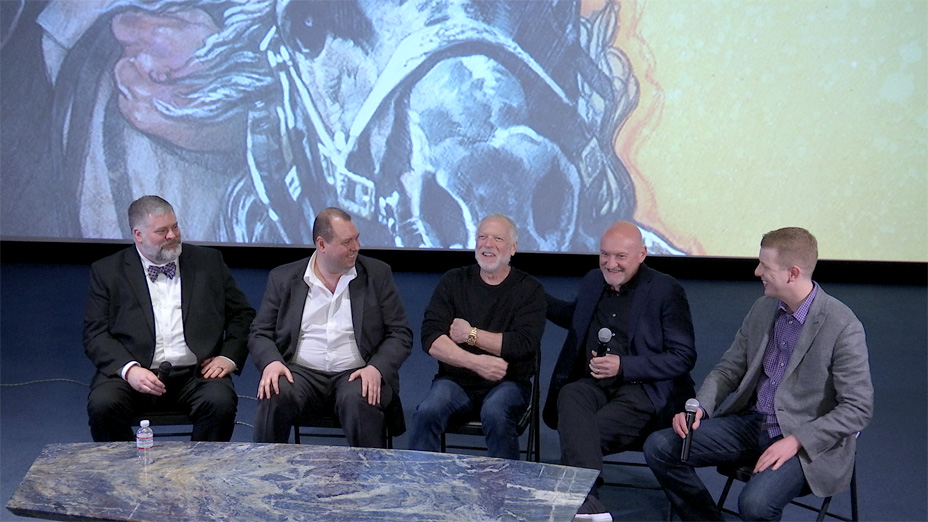 Erik Sharkey, who directed the 2013 documentary Drew: The Man Behind the Poster, recalled being a bit starstruck when shortly after Struzan agreed to have a documentary made about him, the artist informed his documentarian that Lucas would be available for an interview the following week. Struzan had just one request when agreeing to the doc, with Sharkey recalling him saying “I want to make a positive film that’s inspiring.”

Ray Costa of Costa Communications Inc. sponsored the event. Byron Burton, a screenwriter and a contributor to The Hollywood Reporter, emceed the Q&A portion of the evening, with Grammy winner Colin Hay performing music alongside his wife Cecilia Noel and San Miguel Perez. Cheryl Canter of I Baked It Myself provided the meal guests enjoyed. 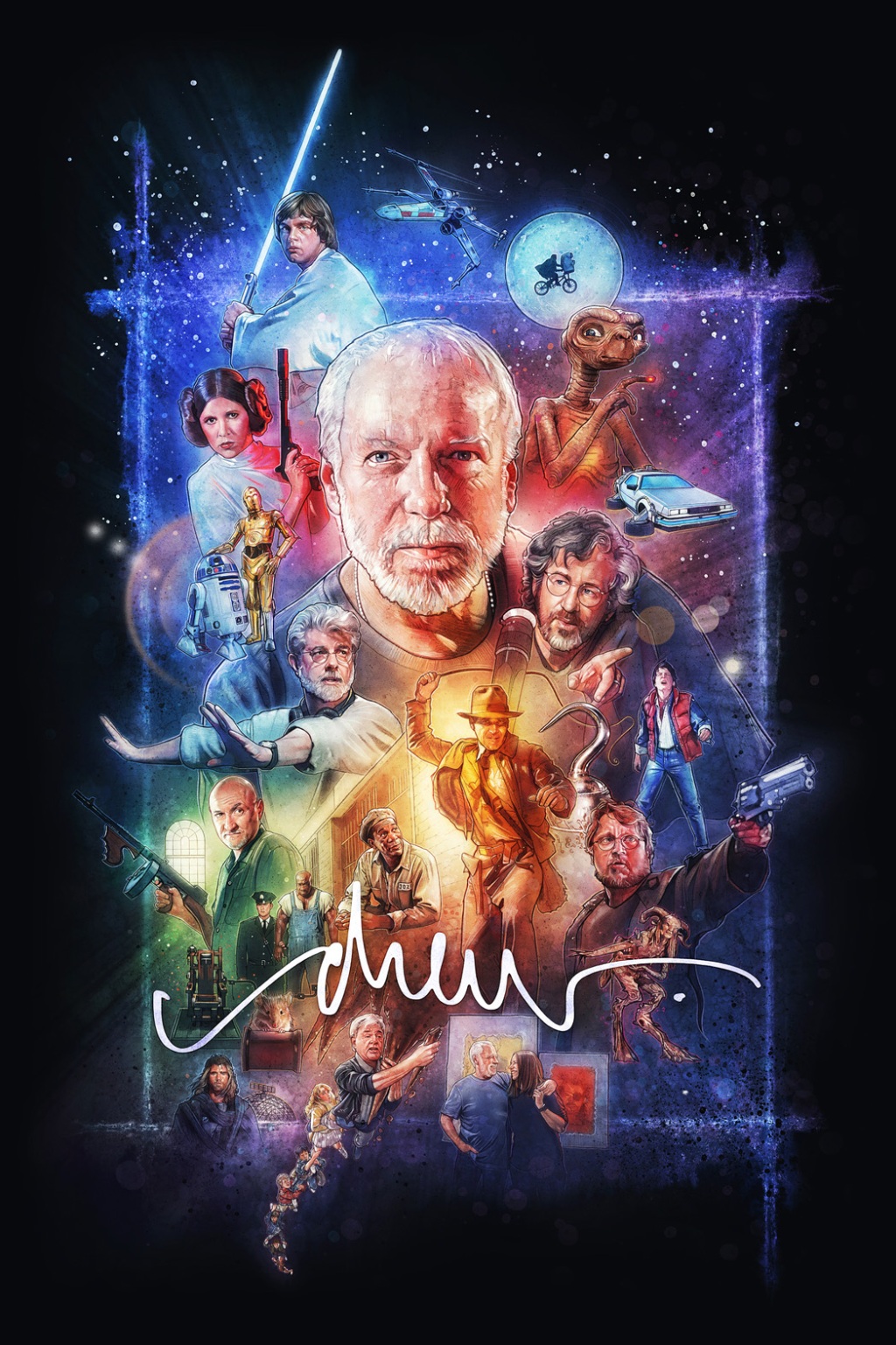 Darabont noted that art is truly the most enduring thing a civilization can produce.

“What do we know of civilizations that are thousands of years gone? We don’t know their politics, we don’t know their squabbles. We know their art and their architecture, which is part of art, isn’t it? That’s what’s left. That’s what we can see. It’s one of the reasons it is so inspiring to me,” said Darabont