This week, Disney released the teaser trailer for its latest live-action adaptation of an animated classic: Dumbo. Based on the beloved 1941 film, this new version sees director Tim Burton take on the unique challenge of bringing the flying baby elephant to life.

Disney’s recent string of live-action reinterpretations of its animated library have found recent success with Beauty and the Beast (2017), The Jungle Book (2016), Cinderella (2015) and Maleficent (2014). But the film that helped kick off Disney’s renaissance of live-action hits — those not involving superheroes, Jedi or pirates — was Burton’s Alice in Wonderland (2010).

Dumbo sees Burton return to the world of fairy dust and dreamscapes that he originally helped unlock for Disney. Although no one is expecting Dumbo to be an Alice in Wonderland-sized hit, the teaser trailer may suggest a more important end result — Burton just may make us feel something again.

Although Alice in Wonderland had little in common with Disney’s animated Alice film from 1951 (and received a mixed critical reception), the film went on to gross $1.025 billion —aided by the 3D boom created by Avatar’s wake. Despite the film’s success, and the release of a significantly less successful Burton-produced Alice sequel in 2016, the director known for his eccentricities has found himself in a bit of a slump over the course of this decade.

Neither Frankenweenie (2012) or Big Eyes (2014) lit up the box office, though both were well-reviewed and received nominations during awards season. Miss Peregrine’s Home for Peculiar Children (2016) couldn’t make it past the $100 million mark in the U.S., and its greatest legacy is perhaps the unwanted Funko Pop! bobbleheads that line the shelves of Hot Topic.

For the filmmaker who had helped shape several generations, traversed genres and left a monochromatic stamp on the hearts of the young and old, it seemed that somewhere along the way he’d lost his touch and ability to generate mass enthusiasm for the latest feature to boast his name. But with Dumbo, something feels different — pure and unburdened by expectation. Dumbo feels like a reason to finally get excited about Burton again.

Everyone who loves Burton has their film, the one that speaks to their weirdness, their loneliness or their mundane sense of themselves and shows them a world of acceptance, of friendship, of stories that populate the black-and-white spaces of their minds with splashes of color. Beetlejuice (1988), Batman (1989), Edward Scissorhands (1990), Ed Wood (1994), Big Fish (2003), Sweeney Todd (2007) — these are some of Burton’s most frequently discussed films that have left an impact on our culture. And that’s not to mention the cross-holiday Henry Selick classic, The Nightmare Before Christmas (1993), which came from Burton’s story and artwork.

What all of these films have in common is their ability to generate strong feelings of empathy. When we move past Burton’s aesthetics, his unique and visionary casting choices and his unmistakable sense of humor, we’re left with his strongest skill: compassion. It’s this compassion on display within the teaser trailer for Dumbo that suggests audiences are in store for something special. 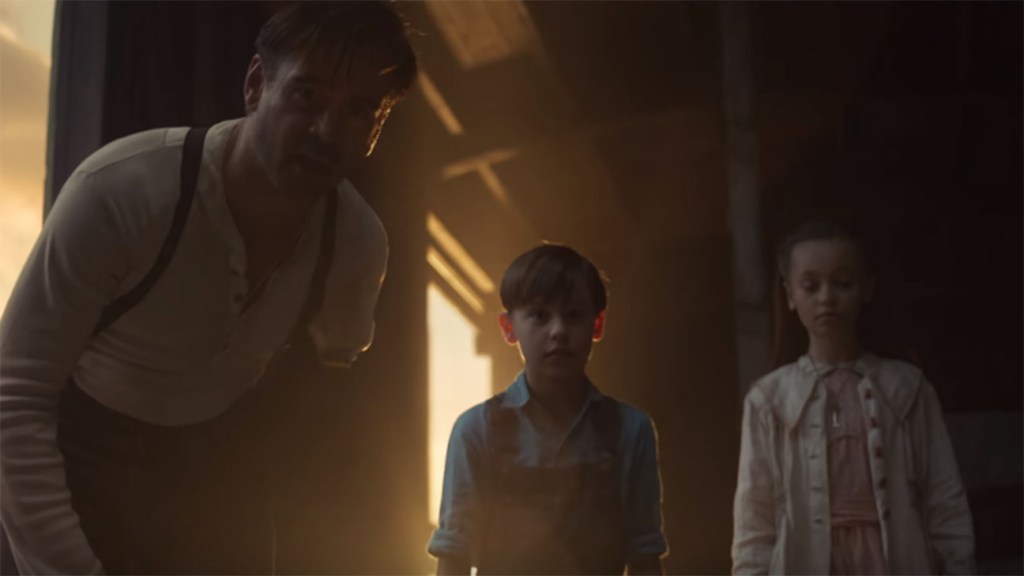 While conventional wisdom tells us that it was the garish wildness of the circus that drew Burton to the film, the teaser suggests an attention to order rather than chaos, and light as opposed to darkness. Instead of inducting us into this world through the strange, we’re brought in through the wonderment in one-armed war veteran Holt Farrier’s (Colin Farrell) eyes, and those of the children, as they look upon Dumbo.

Burton has a talent for taking those the world often labels as outcasts and bringing them together, highlighting the beauty in their differences. It’s almost certain that the relationship between Dumbo and his caregiver, Farrier, who is a new character in the remake, will be one to remember and will probably elicit tears. 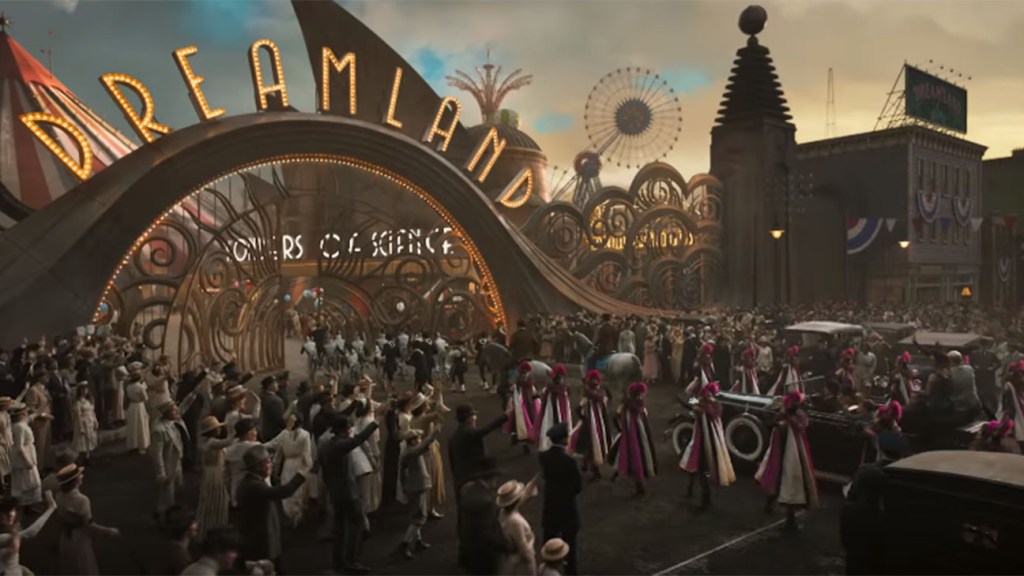 Burton, aided by frequent Marvel Studios cinematographer Ben Davis, employs a soft focus. The result is a lamp-lit glow that gives the film a storybook quality that slightly distances it from reality. While Burton went overboard on the CGI backgrounds in Alice in Wonderland, here the sets seem to serve more purpose and have the weight of physicality. Burton is no stranger to the circus, having used elements of it in Batman Returns and Big Fish. Expect Dreamland, as both a place and a theme, to figure heavily into Burton’s project as he opens Dumbo’s eyes to the nightmares that exist within it and the optimism that drives the real world outside of the circus gates. 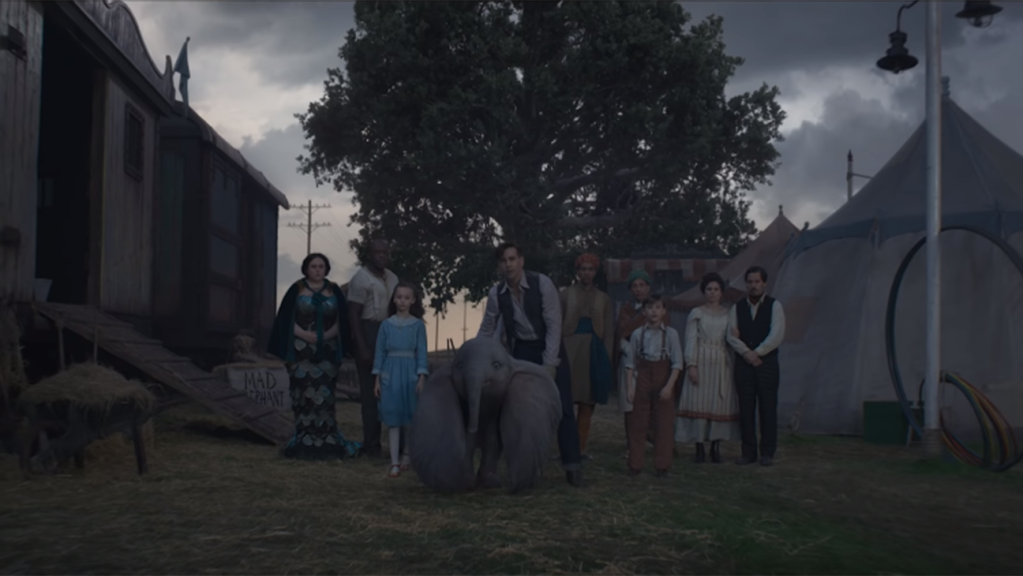 The themes of family run strong throughout Burton’s filmography — not only the families we’re born into, but the ones we make. While humans outside of the Ringmaster never figured heavily into the original Dumbo, it looks like they’ll have a more prominent role here, particularly after Dumbo is separated from his mother in what’s sure to be a heartbreaking scene.

The animated film made use of Jim Crow and his flock of crows to help Dumbo fly. However, given those characters’ questionable racial overtones, Dumbo’s circus friends may take their place in this story. Also notably absent from Dumbo’s animal friends is Timothy Q. Mouse, who served as Dumbo’s mentor. The film may completely do away with animals speaking, especially since Dumbo himself never spoke in the original film, and instead build up his relationship with humans. One of these humans is trapeze artist Colette Marchant, played by current Burton muse Eva Green, who will surely offer some additional dramatic weight to the film. 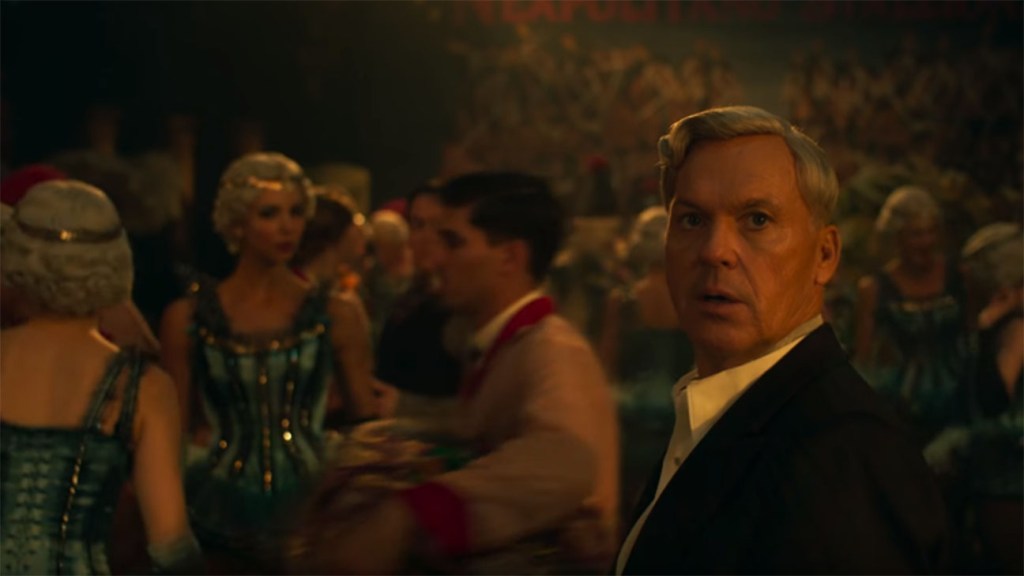 Michael Keaton will reunite with Burton for the first time since 1992’s Batman Returns. But instead of playing a hero, Keaton will be taking on the role of the villainous V.A. Vandevere, a businessman who buys the circus from Danny DeVito’s Max Medici and subsequently exploits Dumbo. Keaton was really able to showcase his comedy chops with Burton, even as Batman, and although he’s taken on more serious roles since, it’d be nice if he could bring a dash of sinister humor to the film. 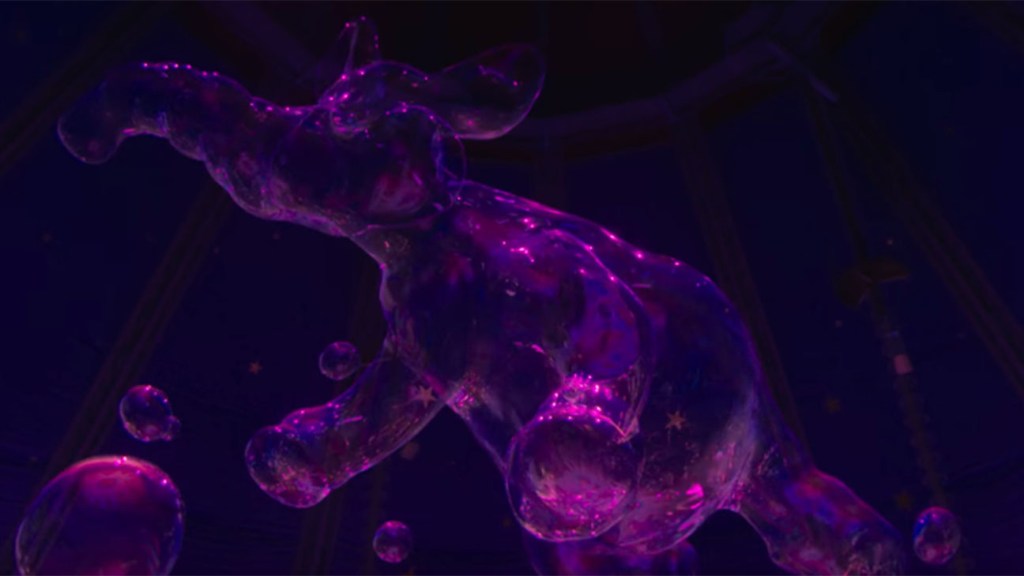 The famous “Pink Elephants on Parade” sequence of the original film, which seemed born of LSD abuse, will make a return in Burton’s film. Although it’s sure to be one of the film’s high points and showcase Burton’s animation skills, will it still send children home with nightmares like the original sequence? While the pink elephants will certainly lend themselves to the odd, Burton seems to have reigned in some of his darker sensibilities for this film, and while this sequence will certainly be something to see on the big screen, it seems Dumbo will be more interested in exploring relationships than fizzy bubbles.

This film is Burton’s chance to remind viewers of the fact that, when his feet are firmly planted in grounded emotional stakes, he can really soar.