Dwayne Johnson is back for more big-screen adventures in this week’s Skyscraper.

The Legendary and Universal movie, budgeted at $129 million, casts Johnson as a wounded veteran-turned-building safety expert brought to Hong Kong to evaluate a massive new building. He and his family are there at the same time the building is targeted by a group of criminals.

This is the second major release from Johnson this year, following Warner Bros.’ Rampage, which grossed $99 million domestically and $425 million globally.

The film, which has worn its summer popcorn Die Hard and Towering Inferno influences on its sleeve, is tracking to open to $33 million to $40 million stateside. Here’s how the marketing for the film has rolled out: 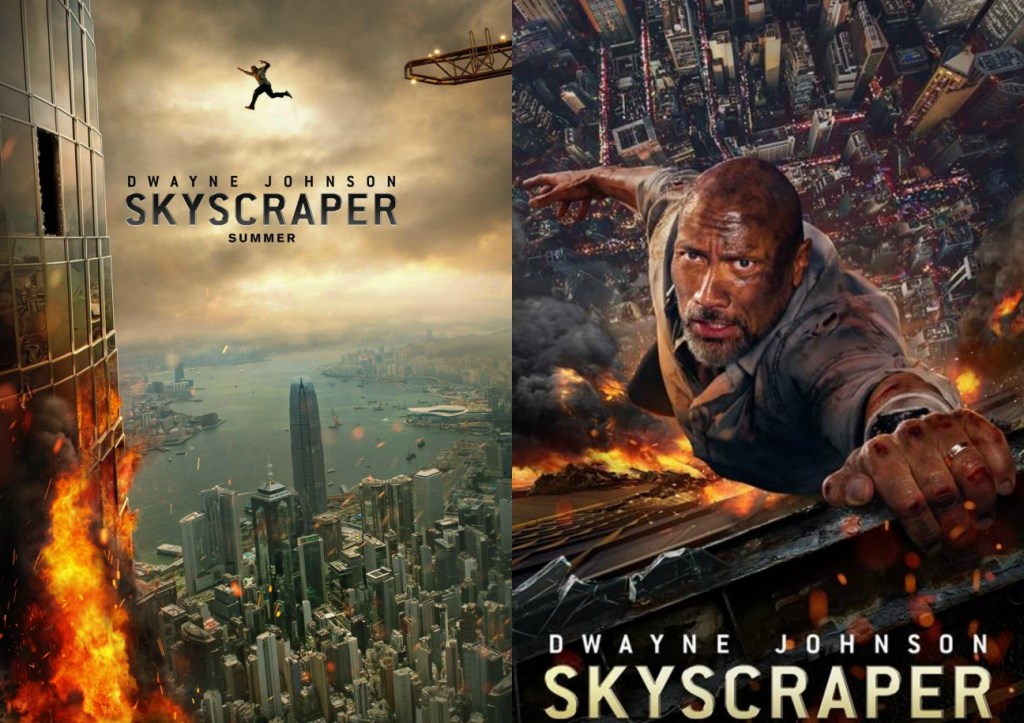 Johnson is leaping from a crane toward the broken window of a burning building on the first poster, a busy cityscape behind the action. So it’s pretty clear we’re in summer action territory here, with a story that’s being sold primarily on the belief audiences will react to a big, spectacle-driven sequence.

Reaction to the poster, released in February so as not to overlap with Sony’s Dwayne Johnson-starring Jumanji was, of course, that it was ridiculous. In an entertaining thread, a Twitter user even did the math on the physics of the jump and found that in no scenario was he getting in that window.

The next poster shows an extreme close-up of Johnson as he hangs on the outside of the massive skyscraper he’s trapped in, flames coming out the windows of the floors below him. Another shows him leading his daughter through the flames as a way to convey the human stakes in the story.

Two posters revealed by Johnson in early July acknowledged the movie’s cultural inspirations, placing his photo as well as images of the building from the film and some of its promotional messaging within one-sheets resembling those of Die Hard and Towering Inferno.

The first trailer (16.4 million views on YouTube), also released in February, begins by showing that Johnson is — or was — a soldier who suffered an injury leading to the loss of one leg. Now he’s a security consultant who’s been brought in to offer his opinion on a new building, the tallest ever built. And his family has been brought along because that’s how these things go. When a group of terrorists invade the building and start blowing things up, Johnson is the only one who can stop them, all in the name of protecting his family.

The second trailer in May (3.2 million views on YouTube) gives us a little more backstory before pushing him into the skyscraper-based situation that he then has to escape and rescue his family from. The rest of the trailer is filled with a few wisecracks, some nods in the direction of the story’s ridiculousness and lots and lots of action and large-scale set pieces.

A final trailer (3.8 million views on YouTube) released at the beginning of July, just a couple weeks before the movie came out, began with an extended version of the scene where Johnson is navigating the exterior of the building before offering just a couple additional cuts to help establish the stakes.

The first look we got at the movie was in the form of a Super Bowl TV spot that gave us the barest of outlines, skipping over any sort of character development or story in favor of just showing the audience a huge spectacle involving Johnson leaping from cranes and fighting bad guys to save his family.

AMC Theaters and Real 3D offered a virtual reality experience that recreated the scene from the trailers and posters that got attention, namely the one with Johnson jumping from a construction crane to the fiery building across a massive gap.

For promotional partners, Universal lined up a few brands to help with additional marketing efforts:

? Cathay Pacific, which offered a special early screening of the movie and later partnered with the Hong Kong Tourism Board on a sweepstakes awarding the winner a travel package for two to Hong Kong.

The movie was part of the studio’s CineEurope presentation in June, around the same time Universal released a brief featurette with Johnson and others talking about the story and characters and how they wanted to convey a message about wounded veterans as well as tell a harrowing story.

Just a week or so before the movie hit theaters, a featurette was released with director Rawson Marshall Thurber not only talking about working with Johnson in general, but specifically breaking down that incredible scene of Will Sawyer leaping from the crane to the building. Thurber notes how the scene was inspired by The Fugitive and Harrison Ford’s leap from a dam to avoid Tommy Lee Jones as well as by stories of real life veterans who shared the stories of what they accomplished after losing a limb in combat. 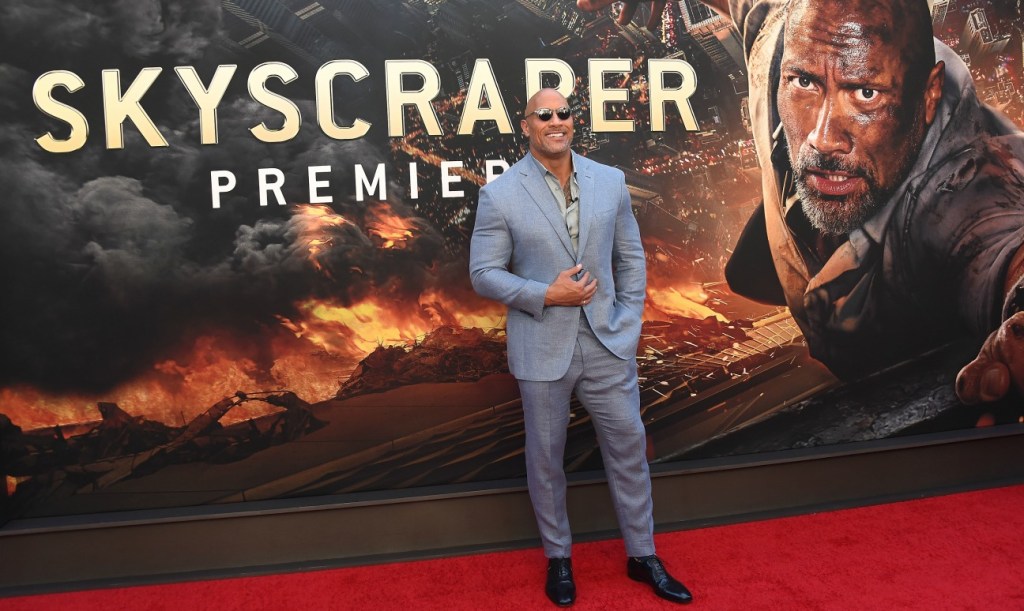 Given the importance of overseas markets and Johnson’s popularity outside the U.S., it makes sense that he, as well as others from the cast and crew, appeared at a promotional event in Hong Kong to talk about how much they love the city, why the story is set there and more.

The campaign wears its inspirations on its sleeve in a number of ways. The overall vibe given off by the initial trailer and poster that this was a throwback to the big-screen disaster movies of yore is made explicit in the retro posters shared by Johnson in the final weeks of the campaign. Comments by the star and director about how moved they were to be able to represent wounded veterans on screen make it clear how much that meant to them.

The movie has a one-week window to itself before Sony’s Denzel Washington action sequel Equalizer 2 hits theaters. If tracking estimates hold, it could be one of the bigger non-sequel films to open so far this year, but if the campaign wasn’t able to connect with audiences, event-weary moviegoers may also choose to take a break or prioritize family fare like Hotel Transylvania 3.

'The First Purge' Leans In to Political Chaos to Sell Horror