Continue to The Hollywood Reporter SKIP AD
You will be redirected back to your article in seconds
Skip to main content
March 7, 2019 9:00am
Logo text

A psychedelic action scroller based on pop music albums, a colorfully quirky puzzle game from the creator of Katamari Damacy, and a physics-based exploratory adventure that lets players travel the cosmos are among the latest roster of titles from indie game publisher Annapurna Interactive.

Sayonara Wild Hearts, Wattam and Outer Wilds follow last year’s Donut Country and Florence as the newest additions to Annapurna’s library and continue the trend of inventive gameplay that has become a calling card for the young game publishing company.

In Sayonara Wild Hearts, players control a young, masked woman as she races through neon streets and collects floating hearts. What at first glance appears to be a high-octane auto scroller soon morphs into a unique amalgam of fast-paced quick-time events, three-dimensional game controls and a pulsing soundtrack that pumps energy into the breakneck action.

The short demo recently showcased to invited press, including The Hollywood Reporter, presented a small number of levels, but even in such a limited offering Sayonara Wild Hearts impressed with unexpected depth in both its gameplay and visual presentation. Each new stage builds upon its predecessor with new elements, be they jumps, dodges, interactive environments or enemy types to flesh out a game that, upon first glance, may appear much simpler than it actually is.

In Outer Wilds, a much slower-paced game that takes a bit of influence from 2000’s Nintendo 64 classic Majora’s Mask, players control a space explorer on their first day on the job — a day that just so happens to constantly repeat itself.

Outer Wilds offers a rich solar system with widely differing planets and comets to explore and a story that slowly unravels at the player’s discretion. After acquiring launch codes on the character’s home planet, players are invited to explore the cosmos at their leisure, with a swath of celestial bodies to choose from for their intergalactic treasure hunt. The physics of each new location varies greatly, some with low gravity, some with high, some covered in slippery ice and others with cascading sand or lava. 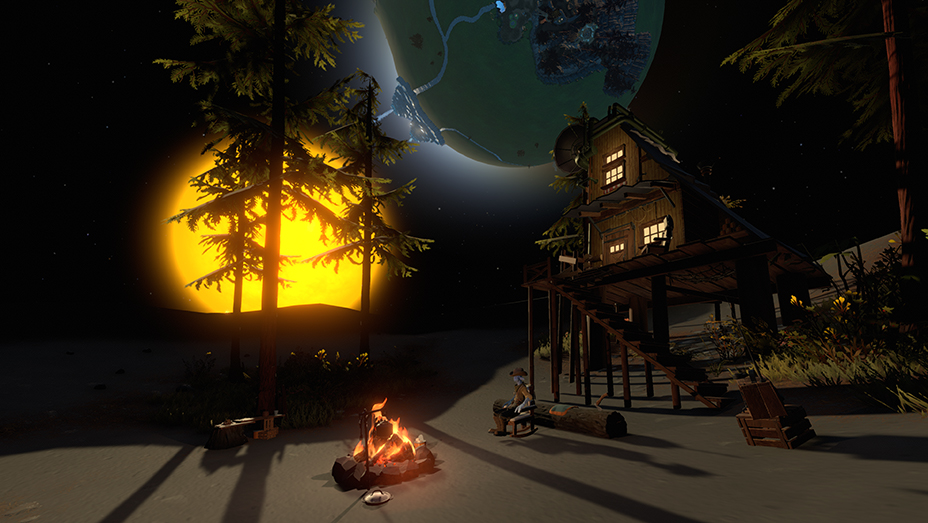 Utilizing a sonic locator that homes in on different sounds, players gradually uncover the mysteries of the cosmos by piecing together clues and new storyline crumbs that will have them hopping from one planet to the next.

Of course, the game’s fundamental mechanic, the time loop, comes into play in a big way. Each time a character succumbs to any various tragic fate (drifting alone in space with no oxygen, being sucked into the sun, cracking their space helmet and suffocating in a deep, dark cave), they are rewound to the beginning of their journey with the added knowledge they gained on their last jaunt among the stars. What emerges is a deeply enjoyable and rewarding gameplay circuit that begs for further exploration and rapt attention of the player.

Wattam begins with players controlling a bizarre, rudimentarily shaped “Mayor” who laments the loss of essentially all creation. His grief is short-lived, however, as he soon discovers a rock (another playable character) and shortly thereafter a plethora of interesting, personified items such as a tree, bowling pins, onions, forks, tables, a nose, a mouth, and, of course, smiling feces. 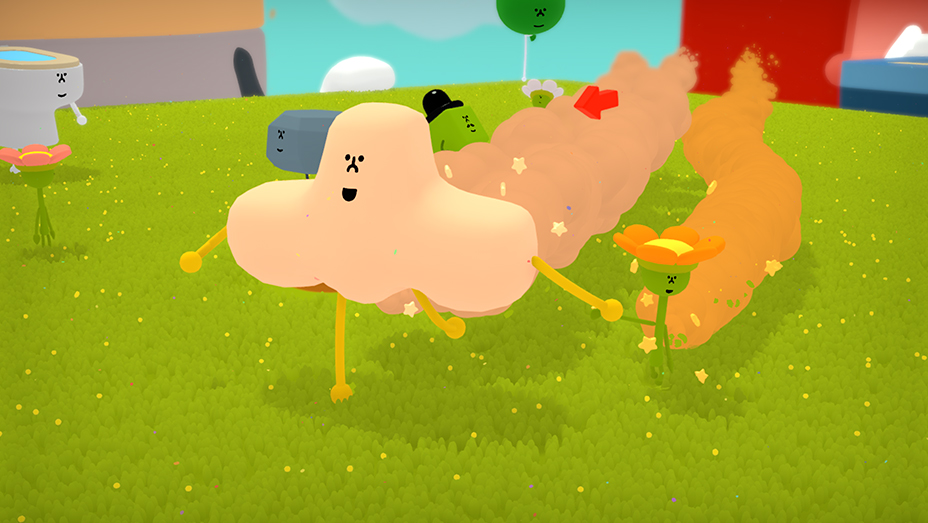 What makes the game stand out even more than its bizarre content and charming brand of silliness is the gameplay, which, like Sayonara Wild Hearts, is much deeper than it first appears. The game can be played cooperatively with a second player and each user can cycle between control of the various items in the game world. Puzzles and challenges are presented based on the various new additions to the world, such as collecting the receiver for a crying telephone from the sun (he just wanted to reserve a lane at the bowling alley) or running around as a mouth and eating other characters to produce various talking poops.

The interactions between playable characters are sometimes surprising and always exciting to uncover, making for another gameplay experience that is hard to put down once it begins.

Sayonara Wild Hearts, Outer Wilds and Wattam do not currently have official release dates, but they are all expected to launch sometime this year on various consoles and PC.