Spend a day with Ezra Miller at his 95-acre Vermont farm and you will surmise that the star with two franchises in motion does not really exist. Instead, “Ezra Miller” is just a glitch in a Mandela Effect-simulated reality that the 26-year-old is happy to explain over a spliff.

It’s difficult to square the man who tills the land here (blueberries, turkey tail, something called chaga) with the one pulling down seven-figure paydays as Credence Barebone in Warner Bros.’ Fantastic Beasts franchise and as the titular superhero in DC Comics’ 2020 Flash stand-alone movie. But Miller operates not at all like a typical rising Hollywood star: He has zero personal social media presence (his band, Sons of an Illustrious Father, is on Instagram and Facebook) and never even flirted with the idea of moving to L.A. (he bought this property in Vermont, in an area he loved from his childhood summers, in 2017). Barefoot with chipped nail polish and wearing a unicorn costume (“Unicorns are real, did you know that?”), he would rather talk about the ravages of fossil fuels (“fucking dinosaur juice that we keep burning into the heavens”) and the “polyamorous” community of friends and spiritual advisers milling about the farm on this brisk day, marijuana smoke wafting, than how he landed that DC tentpole role: “I auditioned,” he deadpans.

He does have something to say about stardom. “If you watch the world, the cults of celebrity and the fanatics of celebrities, that’s what governs the world now,” Miller explains between deep tokes. “So, you’re a politician or you’re whoever, you’re just a celebrity with a fan club, like me. You know? And we’re all probably mentally ill. I watch television or the news and I’m like, ‘Oh, it’s my people. Were all mentally ill together. Cool.'”

The path from New Jersey kid to counterculture nonconformist who happens to be one of the most in-demand actors under 30 started in the manicured suburb of Wyckoff, home of the Jonas Brothers. “Rev Kev, the reverend, is their father,” says Miller. “He had a billboard that I would drive past in the morning that said stuff like ‘God answers kneemail.’ Get it? Like email?” When he was a teen, Miller moved with his book publisher father and dance instructor mother to Hoboken (his two sisters had already moved out) and began taking the PATH train into Manhattan for auditions. The late theater director Elizabeth Swados cast him in a revival of her Broadway hit Runaways, which was staged at Joe’s Pub for charity. “This guy came backstage and gave me his card, and was like, ‘You wanna work in film,'” he says.

The guy, “a creepy reptile manager, who shall remain unnamed,” led Miller to director Antonio Campos, who gave him the lead role in Afterschool, a dark drama about a prep schooler who captures the drug overdose of two girls on video. “That was a great film experience because of how fucked up it was and like a psychotic filmmaking process with young kids,” he says with a laugh. “And then I was just hooked to film.” Next came his breakout in Lynne Ramsay’s We Need to Talk About Kevin, with Miller playing the titular deranged high school student who murders several classmates with a crossbow (he offers to bring out the actual crossbow, which he keeps on the property).

A year later, Miller landed opposite Emma Watson in The Perks of Being a Wallflower, a more traditional coming-of-age story that put him on the top of studio wish lists. Flash and Beasts‘ Credence somehow penetrated his Hollywood disaffection (they “resonate with my soul”). But he hopes to make more films with Ramsay, “the greatest director alive,” whose treatment by the film’s financier and producer after her firing from 2015 Western Jane Got a Gun enrages him. “Powerful men, they don’t know how bad they want to submit to a woman, a feminine power, but they should. I advise they do it immediately because they’re fuckin’ up the world.”

This bleeds into Miller’s own #MeToo moment, which he has never shared, with an unnamed director and producer. “They gave me wine and I was underaged,” he recalls. “They were like, ‘Hey, want to be in our movie about gay revolution?’ And I was like, ‘No, you guys are monsters.'” He’s on a roll now. “It’s a great fuckin’ age of being like, ‘You know what? That shit’s unacceptable,’ And it’s amazing for a lot of us to watch. ‘Cause, like, we all knew it was unacceptable when we fucking survived it. That’s what Hollywood is. I thought we all knew we were sex workers.” 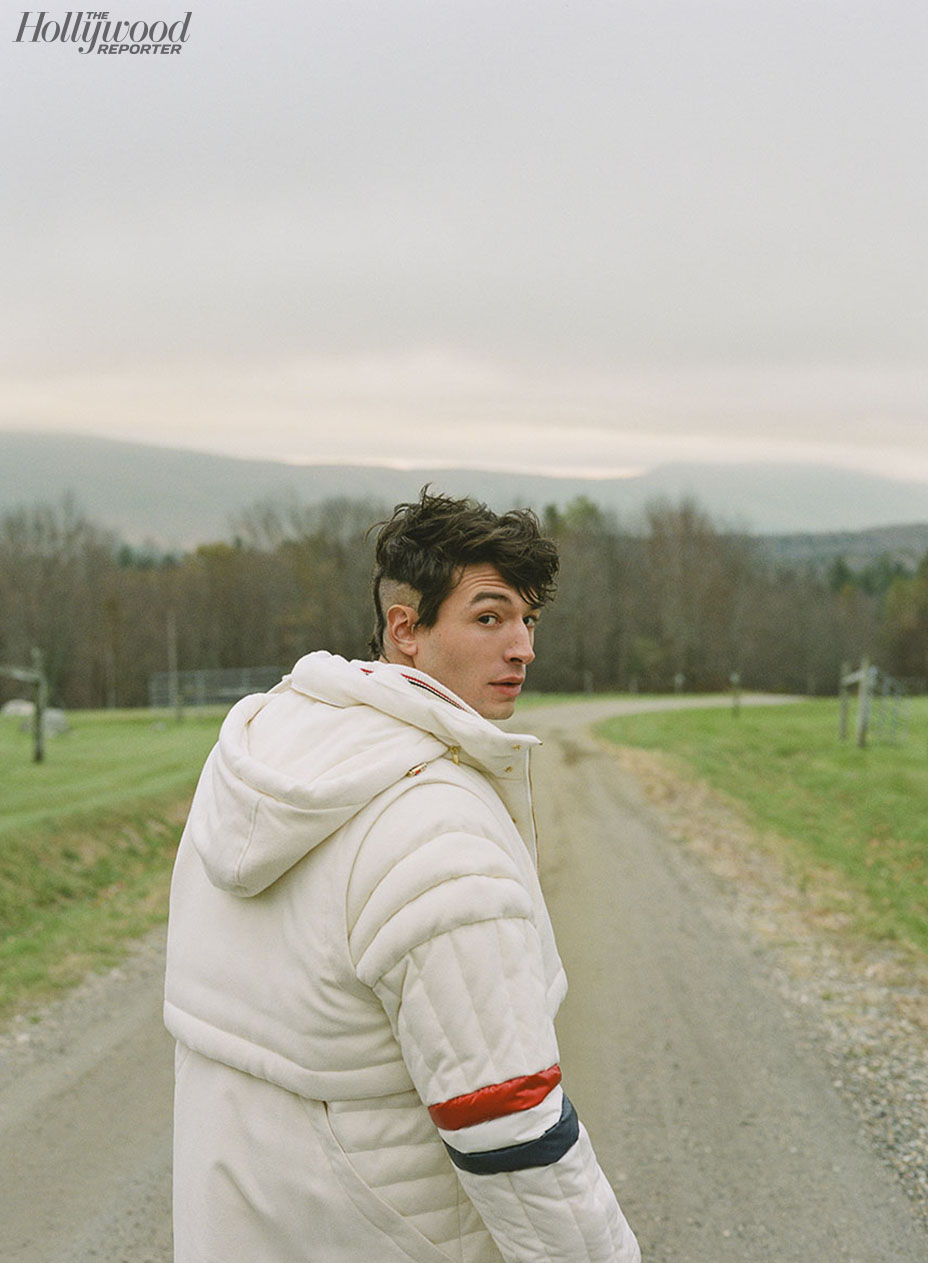 Hollywood’s warped hierarchy brings out Miller’s intensity, but not nearly as much as the subject of climate change. In fact, that line of conversation brings the actor to tears. “Gaia, we don’t understand her. We don’t understand how powerful she is. We don’t respect her rights,” he says, shaking. “I’m just an emotional person. I just feel things differently. Yes, I’m crying already in the interview.” 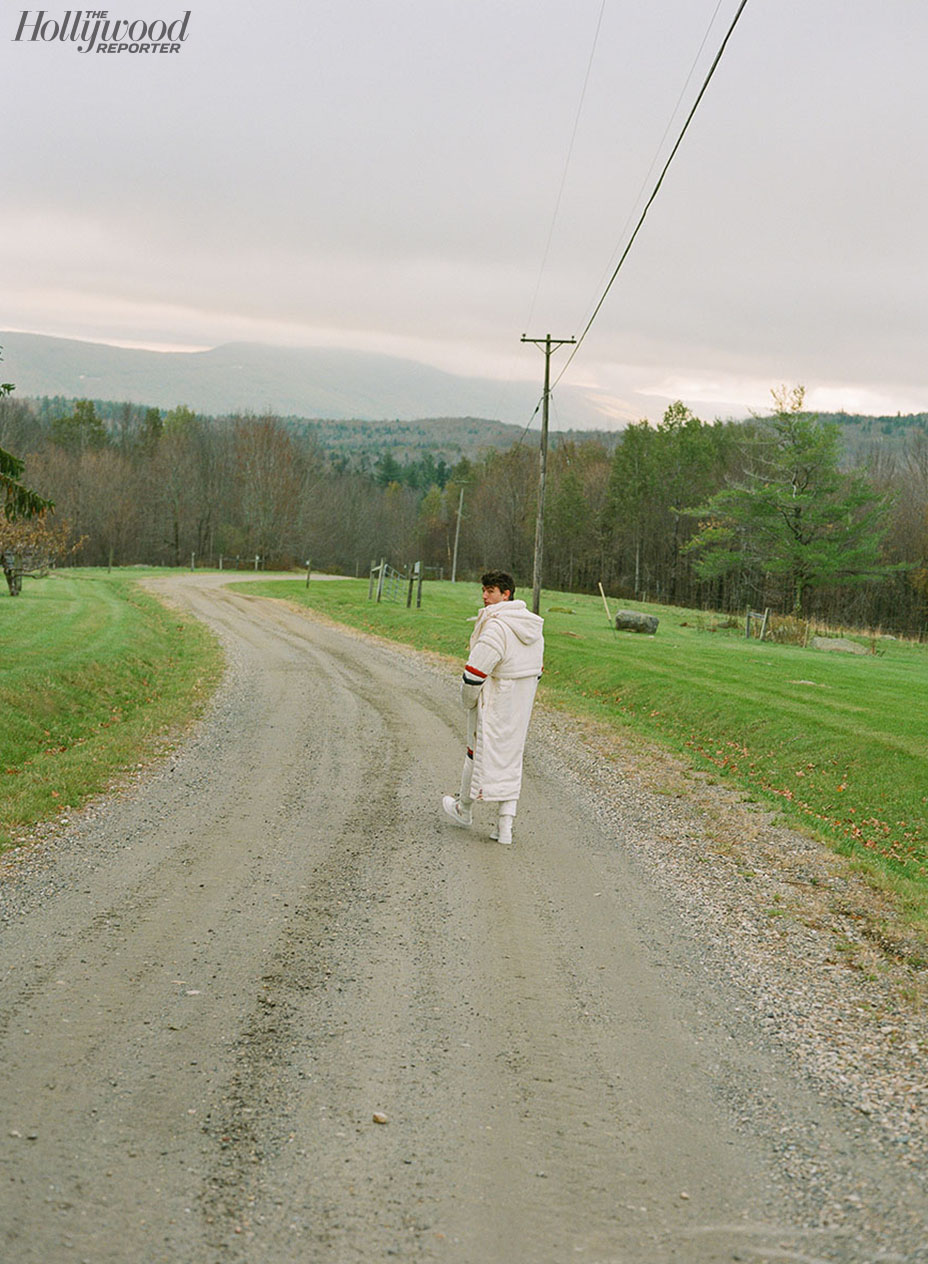 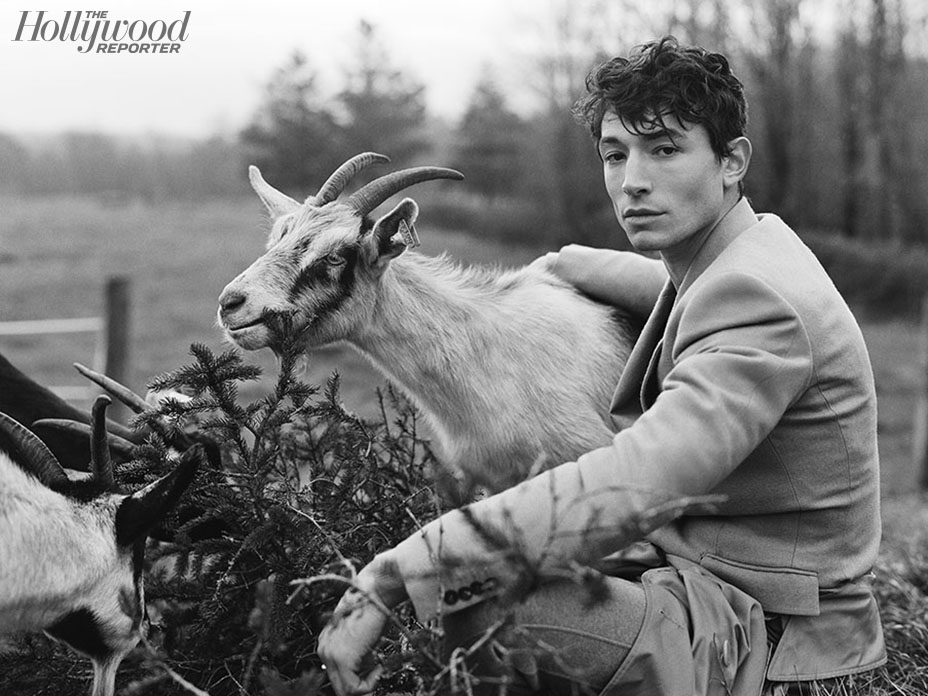 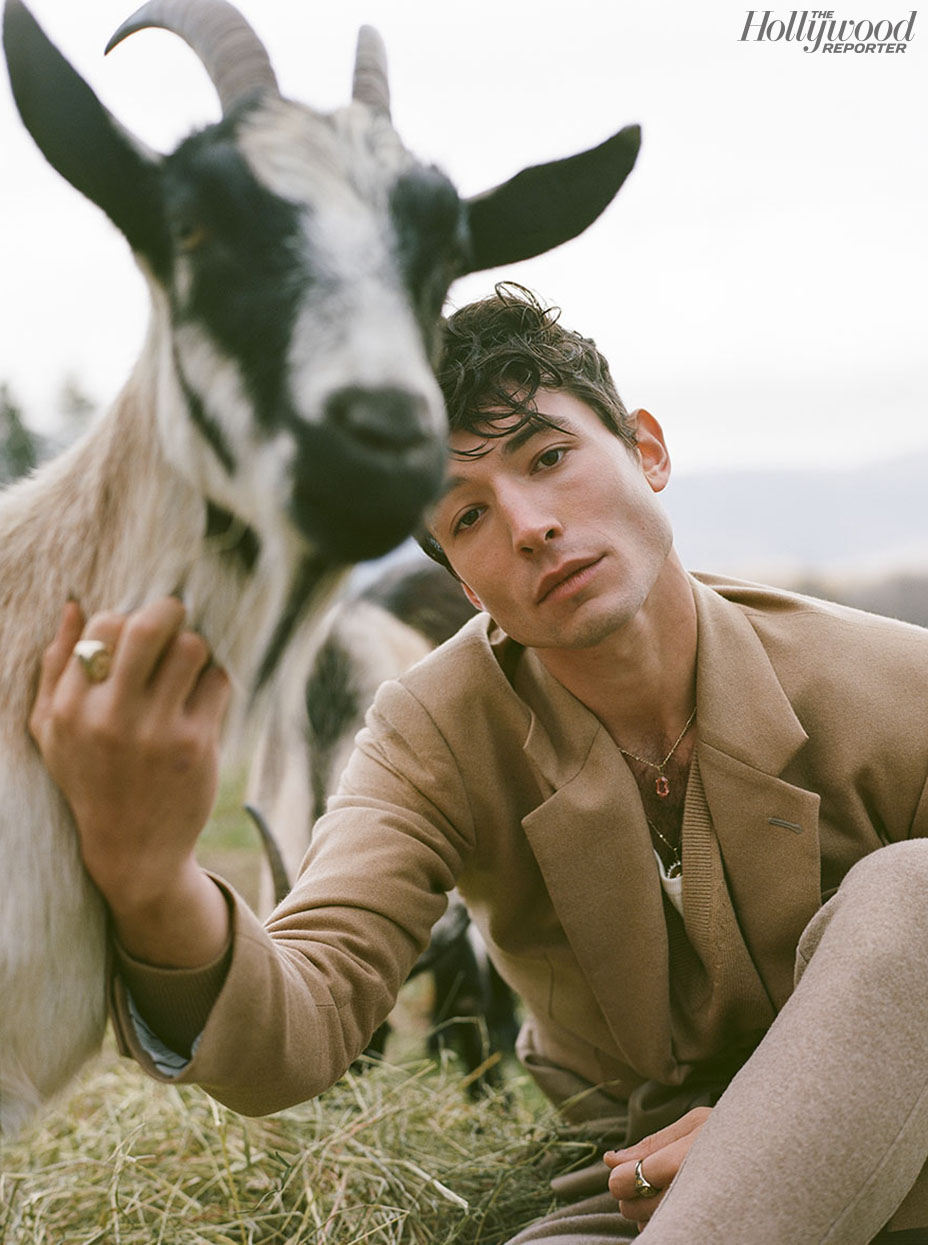 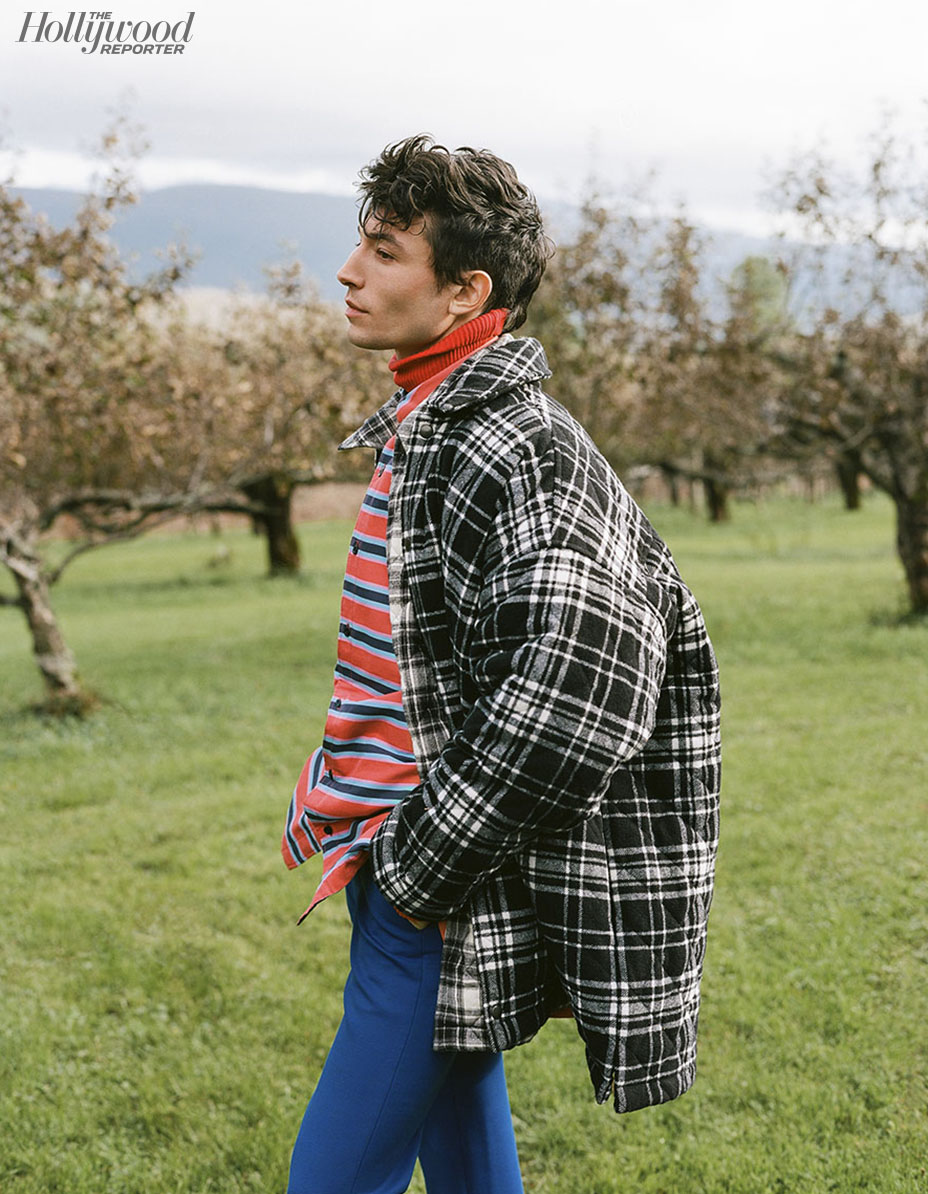 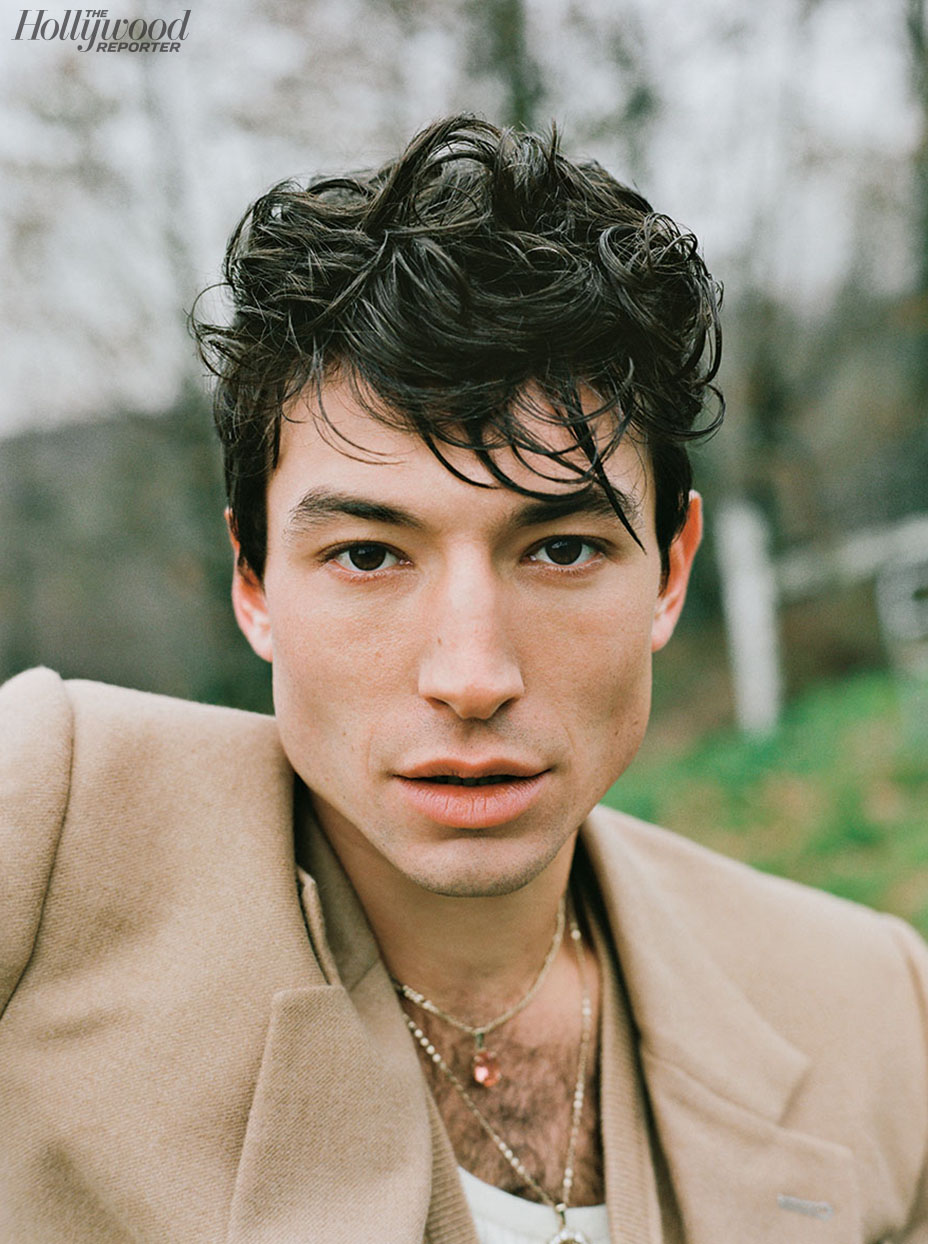 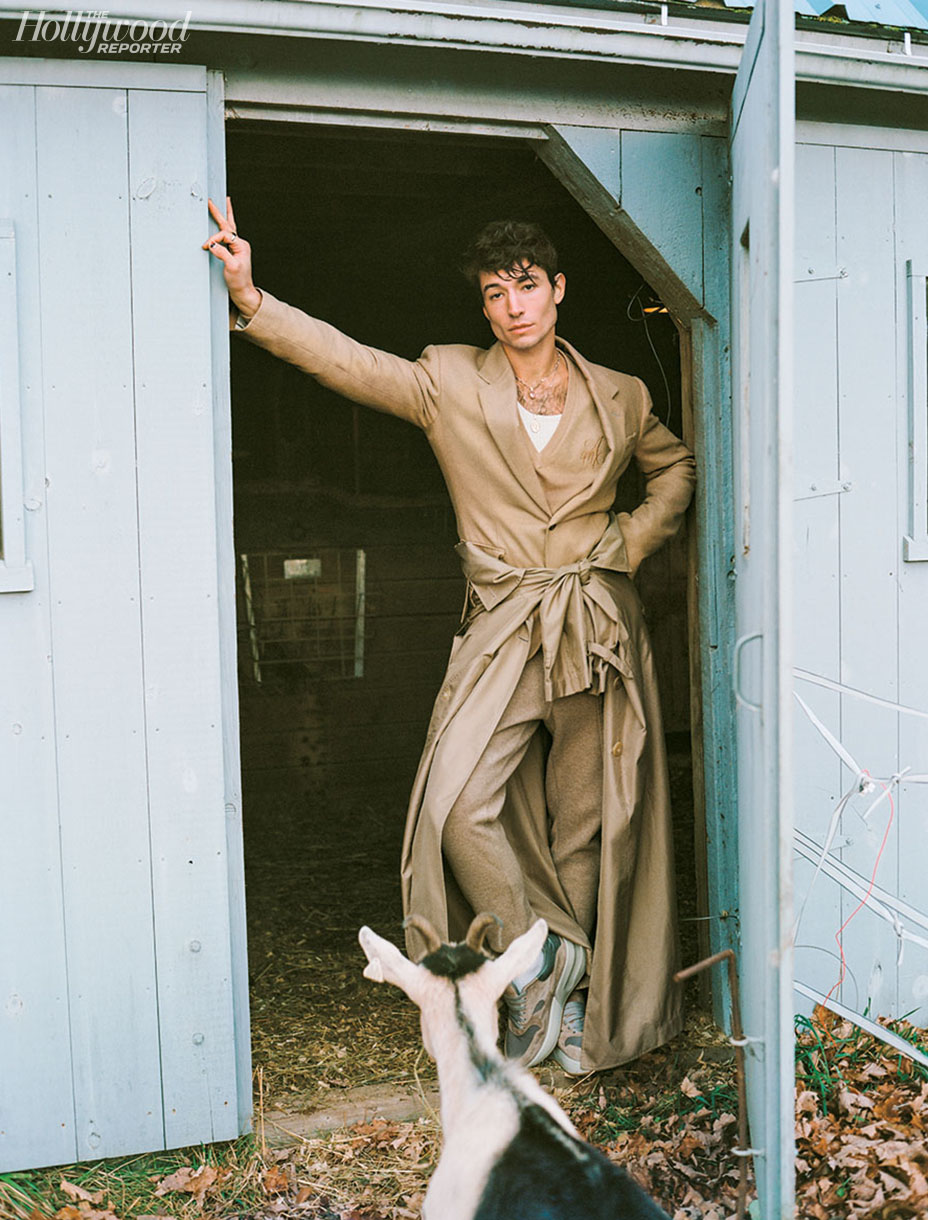 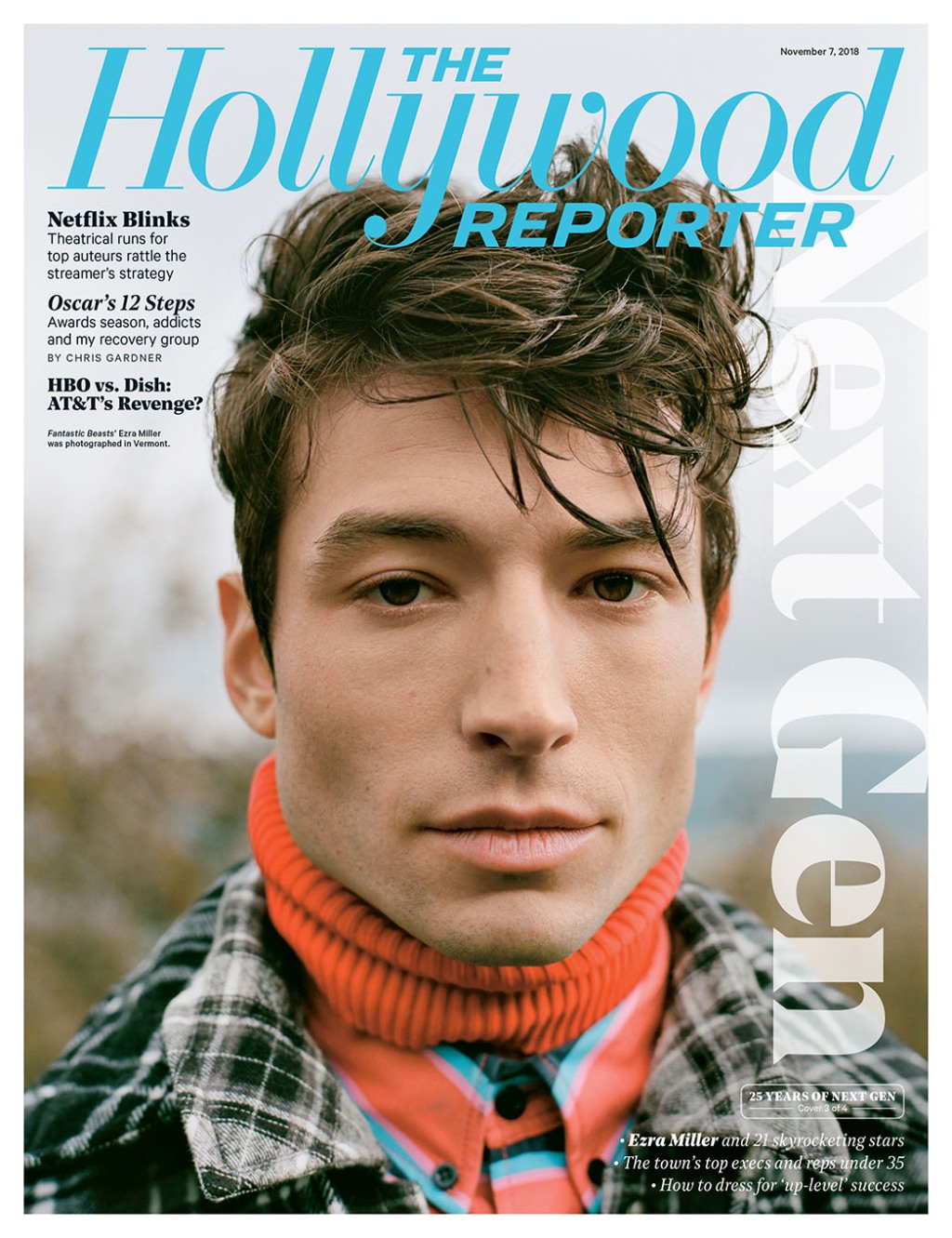