Lil Jon on Landing His Own Home-Renovation Show, Taking Tequila Shots With Homeowners

It’s a blistering July afternoon in Waco, Texas, but the crowd at Magnolia Market appears unfazed. At first, around 7 a.m., it was just a handful of women down from Dallas, giddily buying cupcakes at the new bakery. By 11 a.m., several hundred people are eating food truck crepes on the sprawling lawn of the retail complex, wandering through the garden center and shopping for housewares — several wondering out loud if they might catch a glimpse of the proprietors. This isn’t just a store. This is Disneyland for devotees of Fixer Upper, the most watched series in the history of Home & Garden Television. And its Mickey and Minnie Mouse are ensconced inside.

“People are driving cross-country to visit our hometown, hoping to grab a coffee or a beer with us,” says Chip Gaines, who, with wife and Fixer Upper co-star Joanna, has successfully skirted the crowd via a side door. An estimated 15,000 to 20,000 people now pour into Waco each week to get closer to the Gaineses‘ booming home and lifestyle brand — headquartered in a 20,000-square-foot former cotton oil mill on 2.5 acres of parched land far from the Knoxville, Tenn., headquarters of the network that made them famous. “Things have gotten so unique and complicated that the best we can do is kind of wave from the top of the silos,” he adds.

Chip, easily recognized by his sandy red hair and constant smile, is 41 but resembles a college student in demeanor. He’s prone to Donald Trump-esque exaggeration, so much so that his wife reminds me throughout our afternoon together that his responses will require fact-checking. But he isn’t lying about the complications. A young boy in the courtyard caught a glimpse of him earlier, prompting dozens to break into a loud ovation. In working so hard to stay grounded in Waco, the Gaineses, who live on a ranch outside of town and don’t even have a TV, accidentally have become arguably the most famous couple in Texas. 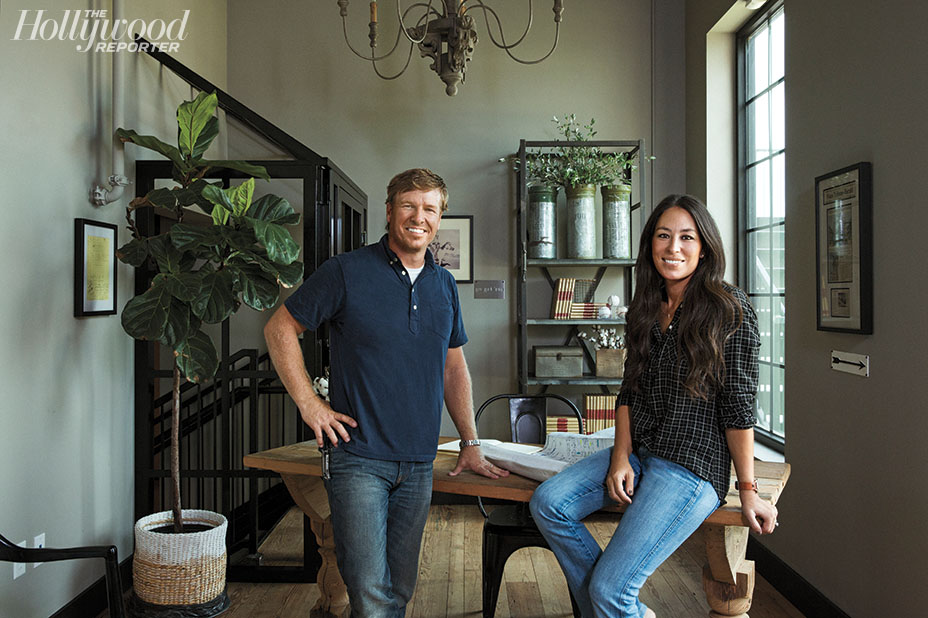 Chip and Jo, as they’re affectionately called, are building an empire on the back of Fixer Upper. It’s a simple enough conceit: Each episode follows the pair as they transform a dingy property — Chip handling construction, Joanna the designer — into clean and attainable real estate porn. There are no trips to Home Depot, no paid mentions of chain design stores. Joanna harvests vintage pieces from her own collection — the Gaineses don’t do branded endorsements — and an all-in budget per project (base $230,000, including house and renovation) rarely goes past $500,000. There’s a big reveal, and the clients almost always cry from happiness. The show premiered in 2013 and was a full-blown phenomenon by its second season, nearly doubling its ratings on the appeal of the couple’s loving rapport. (Think Connie Britton and Kyle Chandler in Friday Night Lights, but with throw pillows instead of footballs.) Their chemistry translates in person. Chip flatters and ribs his wife in equal measure, as she correspondingly blushes and rolls her eyes. HGTV estimates their audience is now north of 25 million once all airings are considered; sponsors include Berkshire Hathaway HomeServices. Between them, the duo has 4.6 million Instagram followers, and self-proclaimed fans include Taylor Swift, Ryan Reynolds, Leslie Jones and maybe an ex-president. (I heard a Magnolia staffer informing Joanna that Laura and George W. Bush wanted to set up a dinner.) 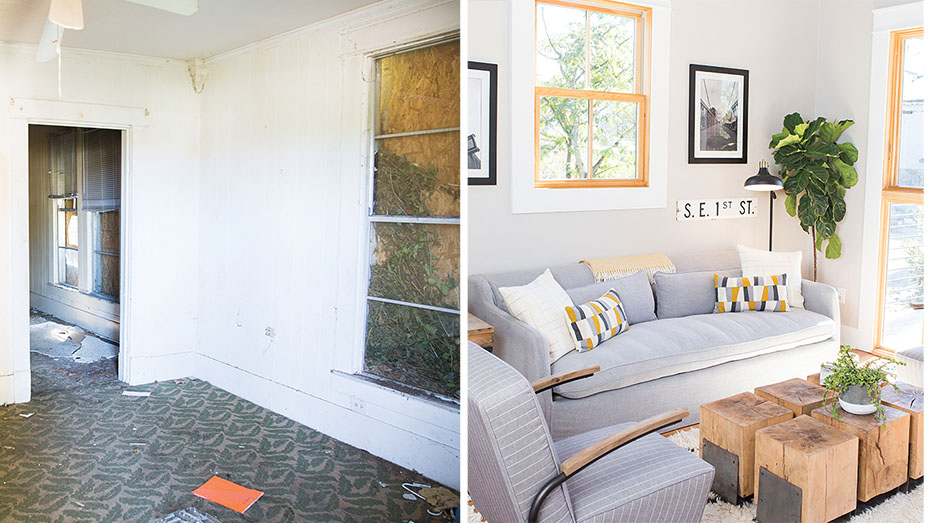 Their reluctance to sell out is being put to the test this fall: There’s a new quarterly magazine, their first book in October (part of a two-title deal with Christian imprint Thomas Nelson valued at north of $600,000) and the fourth season of Fixer Upper in November. In an age of declining cable ratings, the series has become a rare breakout. When the season-three finale aired in March, its nearly 4 million-strong live audience topped everything that night — including the penultimate episode of FX’s The People v. O.J. Simpson and a CNN town hall with Trump.

“They are very special people,” says Katie Neff, the development vp at Fixer Upper producer High Noon Entertainment who discovered Joanna, 38, on a design blog. “They’re talented, they’re likable, they’re incredibly warm. What you see is what you get.”

Ask anyone in their growing sphere — they’ve gone from 10 employees in 2013 to more than 400, many of them friends, among their retail, publishing and renovations operations — to diagnose the source of their appeal, and you get a similarly sincere response. They do very little press to avoid disrupting the lives of their four children (ages 6 to 11) and continually turn down endorsements. “It would be hard for most people to fathom the things they’ve said no to,” says their manager, Bill Stankey. “If it doesn’t feel authentic, they don’t want to do it.”

That would explain why the Gaineses also have turned down offers of representation from every major talent agency, sticking with the Arizona-based manager they call “Uncle Bill.” “It felt almost overwhelming,” says Joanna of the offers. “We’re local businesspeople, so we’re thinking very local. ‘Seize it while it’s here,’ that’s what we hear, but we want this brand to last. TV is just part of the equation.” 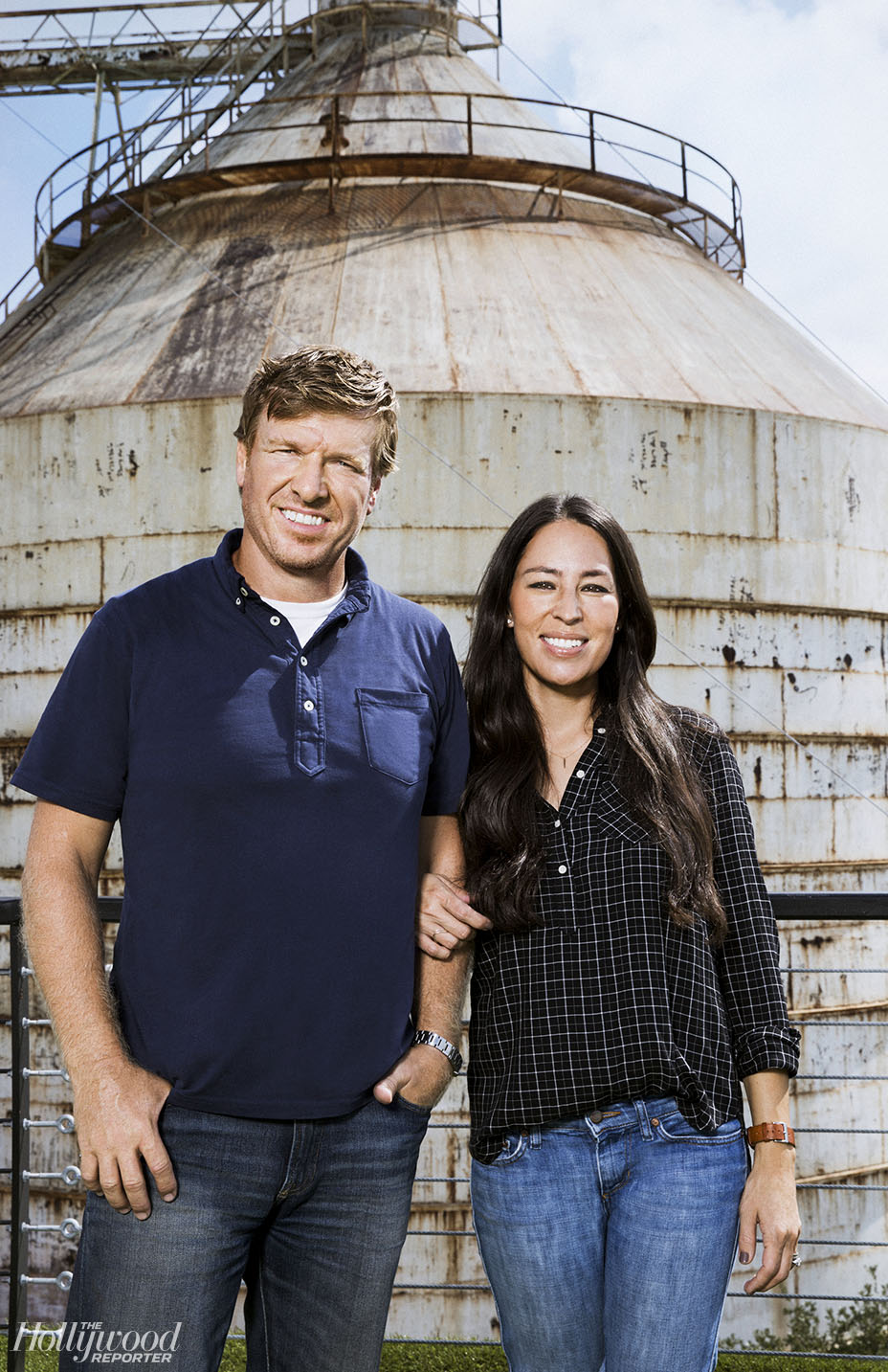 As their business grows beyond local real estate to e-commerce, design licensing deals and a fully formed lifestyles brand, TV is becoming a relatively smaller part of that equation. Despite pleas from HGTV, the Gaineses are adamant about not delivering more than 16 episodes a year. That’s per the latest deal, which has Fixer Upper renewed through a fifth season, expected to air into 2018. “The conversation started with, ‘We can do 10 episodes,’ ” recalls Chip. “And they were like, ‘How about 50?’ We went up to 11. They went down to 47.”

Laments Kathleen Finch, programming chief at HGTV parent Scripps Networks, “I’m a greedy woman, and if I could get more than 16 hours from them, I would.” Nobody could blame her. HGTV is an enviable outlier in an otherwise bleak cable landscape. Year-to-date, primetime viewership is up 8 percent from 2015 and 16 percent from 2014. During the third quarter, it ranked as the second-most-watched cable network (total day and in primetime), behind only Fox News. It’s little wonder HGTV still is growing its subscriber fees, now 16 cents a month.

Finch oversees 2,600 hours of original programming a year, of which Fixer Upper is just a sliver. But she recognizes the rarity of the situation. This, after all, is the cable portfolio that launched Rachael Ray, Guy Fieri and “Property Brothers” Jonathan and Drew Scott. In lieu of 50 episodes of Fixer Upper, the network has invested in series with similar formats such as Home Town and Good Bones. Sister net DIY is developing a potential spinoff around Fixer Upper carpenter Clint Harp.

When the show began, the Gaineses had to “beg” acquaintances in Waco to fill the 13 renovations required for the first season. Now Fixer Upper gets about 80 applicants a season. And that’s just in the 30-mile radius they will service. Offers come from the rest of America, Asia, the Middle East and Europe. “One person asked me to do a castle,” exclaims Joanna. 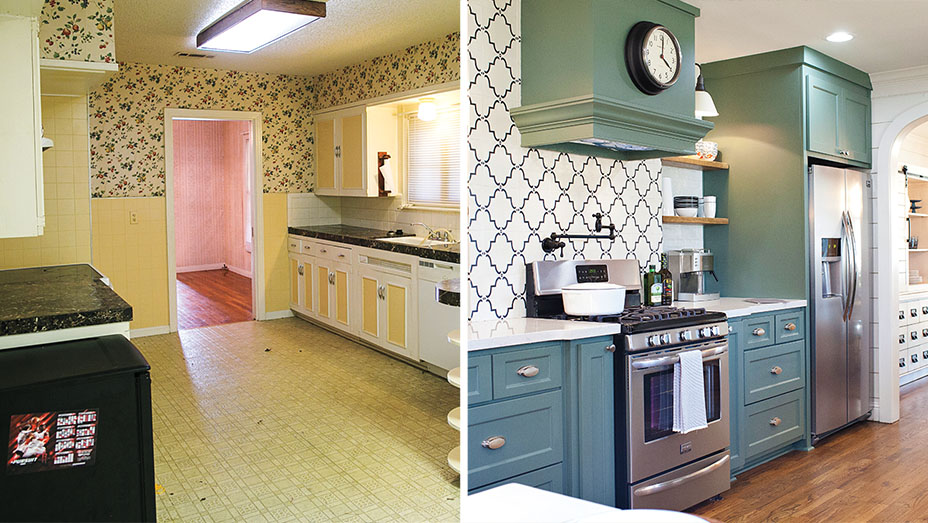 Adds Chip, who met his wife at her father’s tire shop: “When I go to the store, nobody seems to bother me. But when she goes to the store, it’s a photo opportunity.”

“He’s an extrovert,” continues Joanna. “He goes to the store now.”

Mrs. Gaines is noticeably less comfortable with attention than her husband, but neither will deny she is the linchpin to their success. A one-time aspiring broadcast journalist, whose striking beauty and one-half Korean parentage make her “exotic” for Waco, is responsible for the rustic country aesthetic of Fixer Upper. In lieu of endorsements, she’s made licensing deals with companies such as Standard Furniture and Loloi fabrics and curated her own line of products sold online. (Items range from a $4 wooden spoon to a $3,229 rug, and nothing is prohibitively fancy.) She’s also taking the lead on their magazine, Magnolia Journal, where she plans to extend their brand to food, health and family. 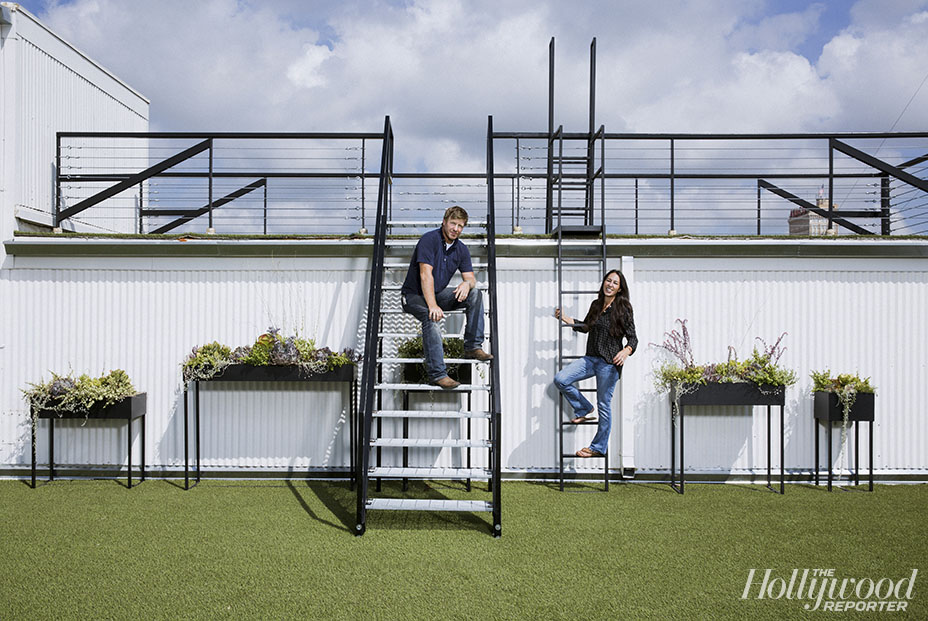 So coveted is a Joanna Gaines home, some past clients now are capitalizing. In August, six Fixer Upper homes were listed on such house-sharing sites as Airbnb, so future Fixer Upper contracts will do more to restrict such activity. After all, the Gaineses have their own rental property. Magnolia House, in neighboring Fredericksburg, is $695 a night. It’s fully booked for the next year, so add another $250,000 to their surging revenue. Crowds and opportunists appear to have had little effect on the Gaineses’ affection for Waco. And many of its 270,000 denizens, nearly 60 of them with Fixer Upper homes, credit the Gaineses with refurbishing the reputation of a genteel college town best known for 1993’s FBI siege on local cult Branch Davidians. My only reminder of the tragedy comes after I describe the Magnolia grounds as a compound. “We don’t use that word in Waco,” says one staffer.

The more the Gaineses expand, the more the outside world stands to encroach. And while a daytime talk show filmed in Waco is floated by several close to them, TV goes unmentioned when I ask what’s next. “I don’t know,” Joanna says, pausing for a moment. “I’d love for people to hear our name and get inspired to create spaces in their own homes that help their families thrive.” Chip, either disagreeing or unable to forgo one last cheesy joke, interrupts to say he’s looking forward to retirement.