At the Dolby Theatre on Feb. 24, fine artists will grab more than their usual share of the Oscar spotlight: There’s New York painter Julian Schnabel, whose Van Gogh biopic At Eternity’s Gate led to a nomination for star Willem Dafoe, and German master Gerhard Richter, who (though he’s disavowed the film) is the subject of Florian Henckel von Donnersmarck’s twice-nominated Never Look Away.

TV and music also tap the art world for inspiration. Lee Daniels’ Empire has brought Obama portraitist Kehinde Wiley and museum darlings like Kerry James Marshall onto screens around the world. And Beyonce and Jay-Z chose the Louvre as the setting for their video Apeshit, a move that caused the art world itself to go apeshit.

Taking place at Paramount — chosen to “symbolize these two worlds [art and Hollywood] coming together,” says Bettina Korek, Frieze L.A.’s executive director — the fair will host 70 galleries from all over the world showing work in a tent designed by Kulapat Yantrasast (the architect behind the Marciano Foundation). And the fake New York stoops and streets of the studio’s backlot will be taken over by installations from L.A. artists including Paul McCarthy and Barbara Kruger along with such rising stars as Karon Davis (co-founder of L.A.’s Underground Museum) and Sarah Cain. 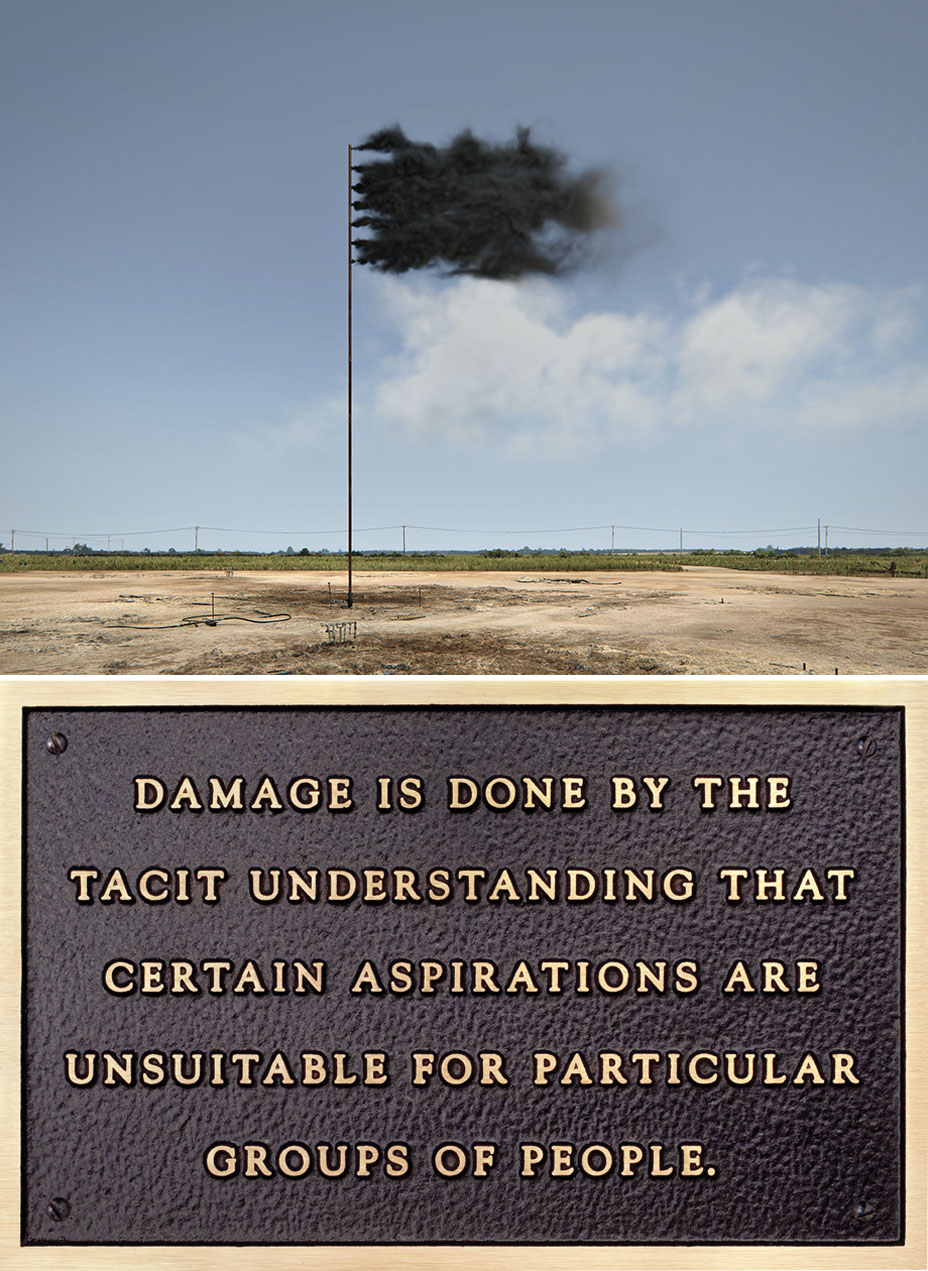 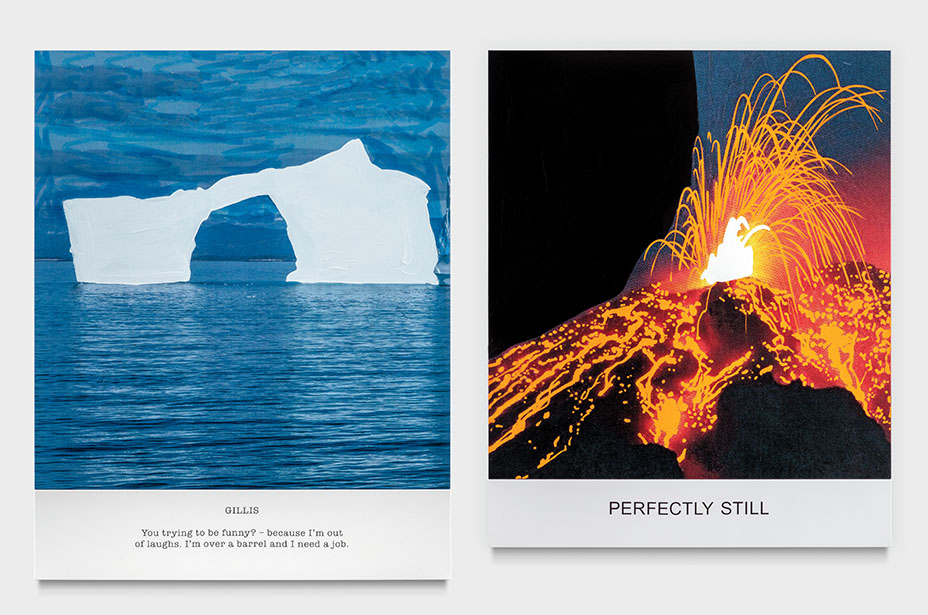 While it comes with a tide of Hollywood support (THR is a media partner), Frieze also will bring a new class of international collectors to a city whose booming art scene is uniquely poised to welcome them. “Art isn’t an afterthought for us,” says Mayor Eric Garcetti, a Frieze host who, like any politician, believes that art equals tourism equals economic growth. Employment in the fine arts sector grew 32 percent in L.A. County from 2010 to 2017, according to the 2019 Otis Report on the Creative Economy.

Gallerist and former MOCA director Jeffrey Deitch recalls a conversation a couple of years ago with art collector Maurice Marciano, co-founder of the Marciano Art Foundation. “Maurice said, ‘The L.A. art community now has everything, museums, art schools, galleries, of course artists, collectors — the only thing it doesn’t have is a major international art fair.’ ”

And Frieze, which launched in London in 2003 and added a New York iteration in 2012, is as major as it gets — which is why other fairs quickly aligned with it: Art Los Angeles Contemporary moved from its usual January slot to coincide with Frieze, and former UPN CEO Dean Valentine chose the same weekend to launch his Felix art fair. That all suits Victoria Siddall, who oversees all three Frieze fairs and wants L.A.’s iteration “to create a moment on the global art calendar,” as the London and New York events have done.

What makes Frieze so significant? First, its mix of the most prominent galleries (matched only by Swiss-born Art Basel and the Dutch-run European Fine Art Fair known as TEFAF) exhibiting some of the world’s highest-earning, most important and hottest artists — the kind deemed by major museums as having something important to say about contemporary culture. Second, Frieze is a tastemaker, welcoming the coolest galleries, the ones putting work from emerging artists in front of collectors and top museum curators with little of the dreck that clogs less-curated fairs. If this formula flies in L.A., there are loud whispers that Endeavor and Frieze will scale it further. Endeavor CEO Ari Emanuel admits that before he met and wooed Frieze founders Amanda Sharp and Matthew Slotover, he had eyes for Art Basel (Eli Broad tells THR he also made several attempts to lure Art Basel to L.A.). But asked where Frieze may sprout next, Emanuel says only, “We’ll continue to expand.” 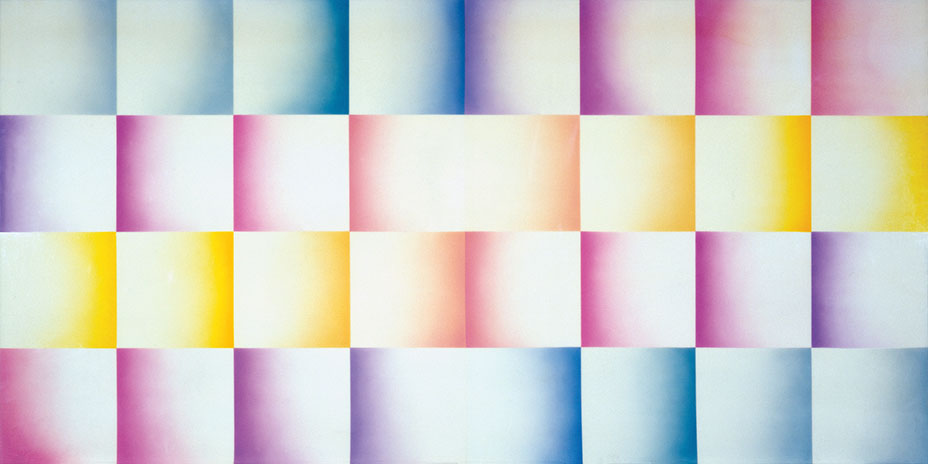 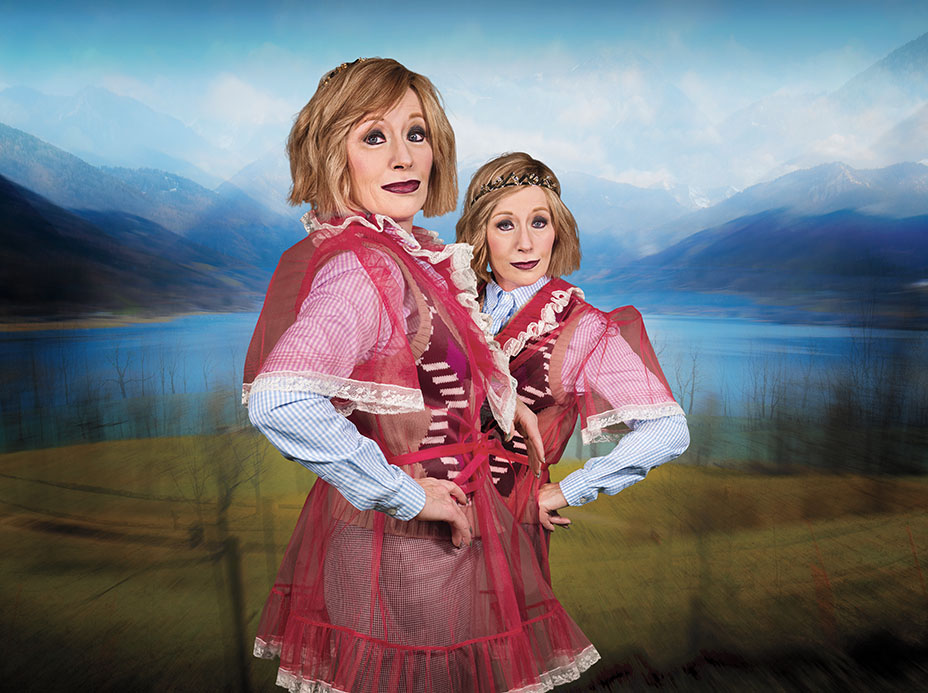 L.A. gallerist David Kordansky, a Frieze exhibitor, notes that, because of the “proximity issue,” the international art circuit — London and Paris in early fall, Miami in December, Asia in spring, Switzerland in summer — can prove impossible for Angelenos, especially those tied to Hollywood production schedules. Frieze L.A. is “an opportunity to engage these collectors in their own backyard,” Kordansky says, alongside globe-trotting aficionados. Deitch, also an exhibitor, says he has collectors flying to Frieze L.A. from Europe as well as China and India.

Some stakeholders are skeptical. “The conversation is focused on rich people flying here to socialize with one another for a week,” says Stefan Simchowitz, the collector and provocateur who curates the rotating art collection at ICM Partners’ headquarters in L.A. and New York. “The question isn’t whether Frieze can survive in L.A.,” he says, arguing that too much attention on whether Frieze will succeed pulls focus from L.A.’s own vibrant art history.

Still, the question of Frieze L.A.’s survival is an open one. The fair makes money from ticket sales, exhibitor fees paid (ranging from about $8,000 to about $76,000) and sponsorships (BMW and Ruinart are among its global partners). But true success means sales (a Georg Baselitz painting, for example, reportedly sold for about $850,000 at Frieze New York in May). With the inability of fairs including Paris Photo, which was also housed at Paramount, and FIAC to get off the ground in L.A., there’s concern that — despite the great wealth of collectors — there may not be enough of a market here. 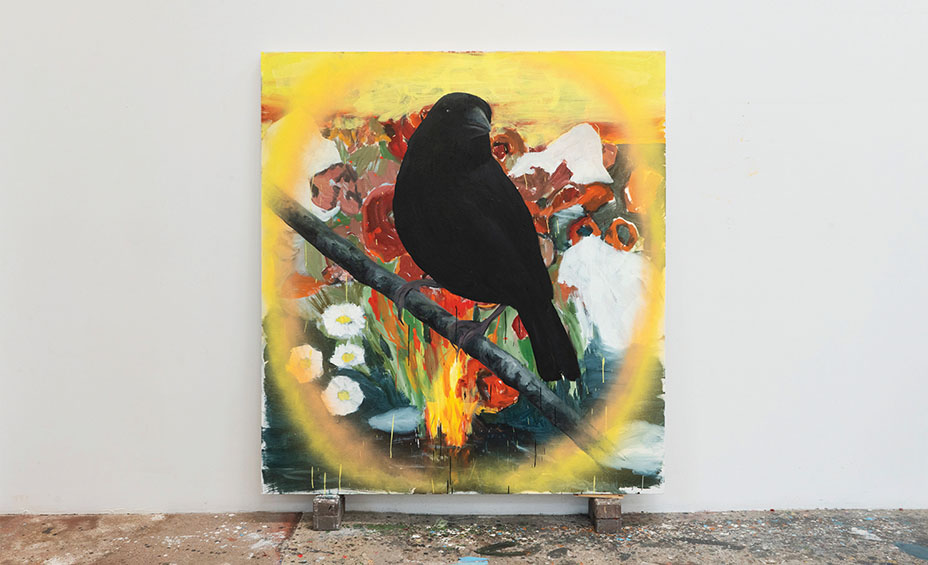 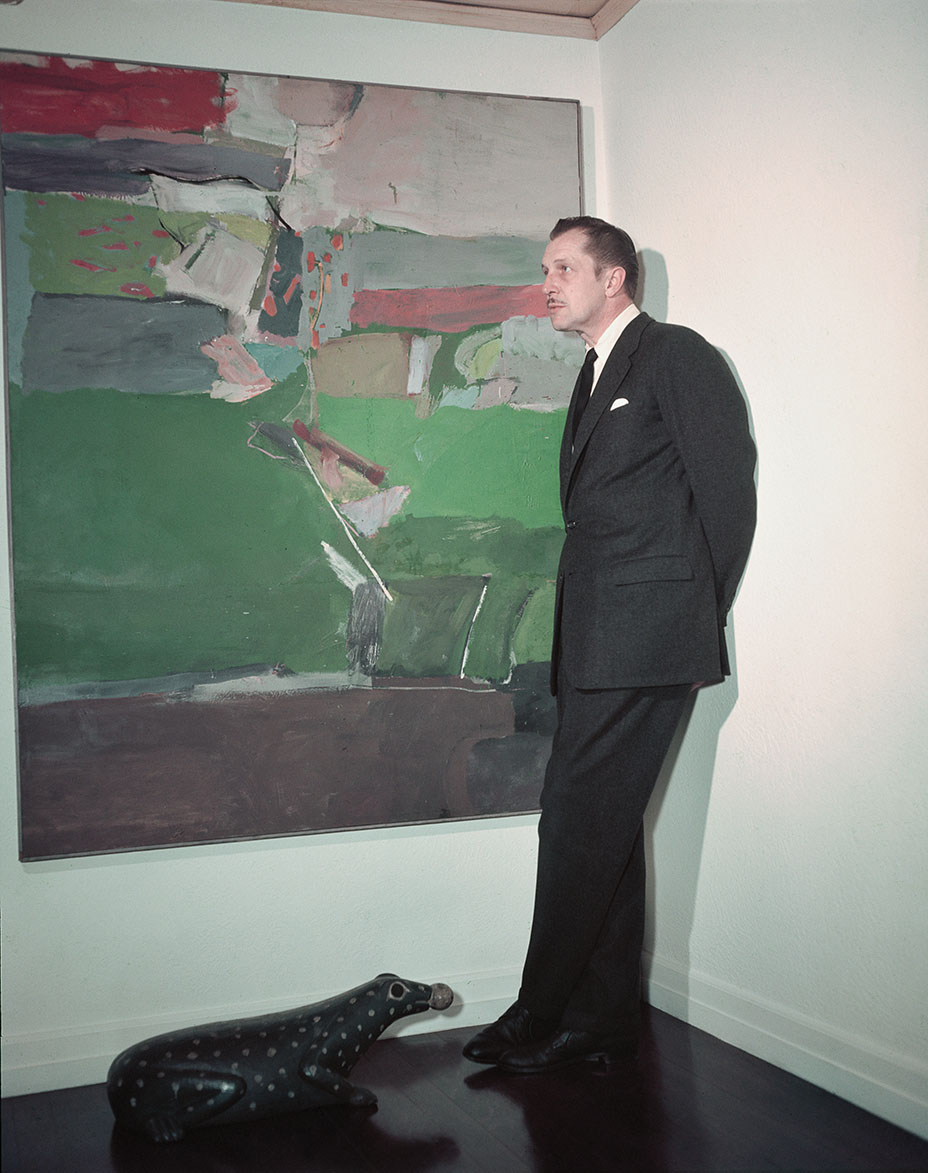 Emanuel, an avid collector (he recently commissioned Kenny Scharf to embellish his Tesla roadster), doesn’t necessarily expect year one to be profitable. “We’re not afraid to take risks and have a long-term conversation,” he says. “Of course I look at profits and loss, but it’s also about relationships I’m creating.” Philanthropist Nicolas Berggruen, a Frieze host, takes a long view. “Commercially, I’m not sure that short-term results are going to be the best indicator. Good galleries, good collectors, but especially, is there good art being exhibited in our artists’ interests?” he asks. “If that’s the case, I think it has a long-term substance. If it doesn’t, then there is no point.”

For Deitch, any doubters simply don’t comprehend the Frieze factor. “It’s hard to say, ‘Oh, this is the graveyard for fairs!’ ” he says, citing a common jab at L.A., “because you’ve never had anything organized on this level, this level of ambition.” Hamza Walker, executive director of the nonprofit art space LAXART, and Ali Subotnick, known for her work on the Hammer’s “Made in L.A.” biennial, are leading the charge on what makes Frieze more fun than other top fairs: a robust portfolio of performances, films, music and talks (Walker selected five jazz musicians, including Grammy and Emmy winner Robert Glasper, to play at Neuehouse on Feb. 16; talks will feature figures from Frank Gehry to Miranda July). 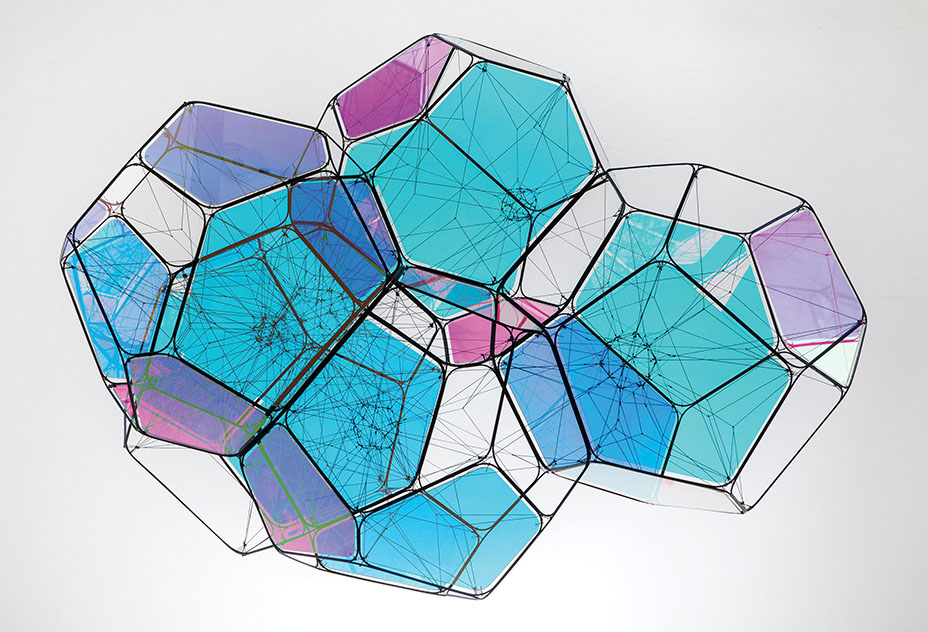 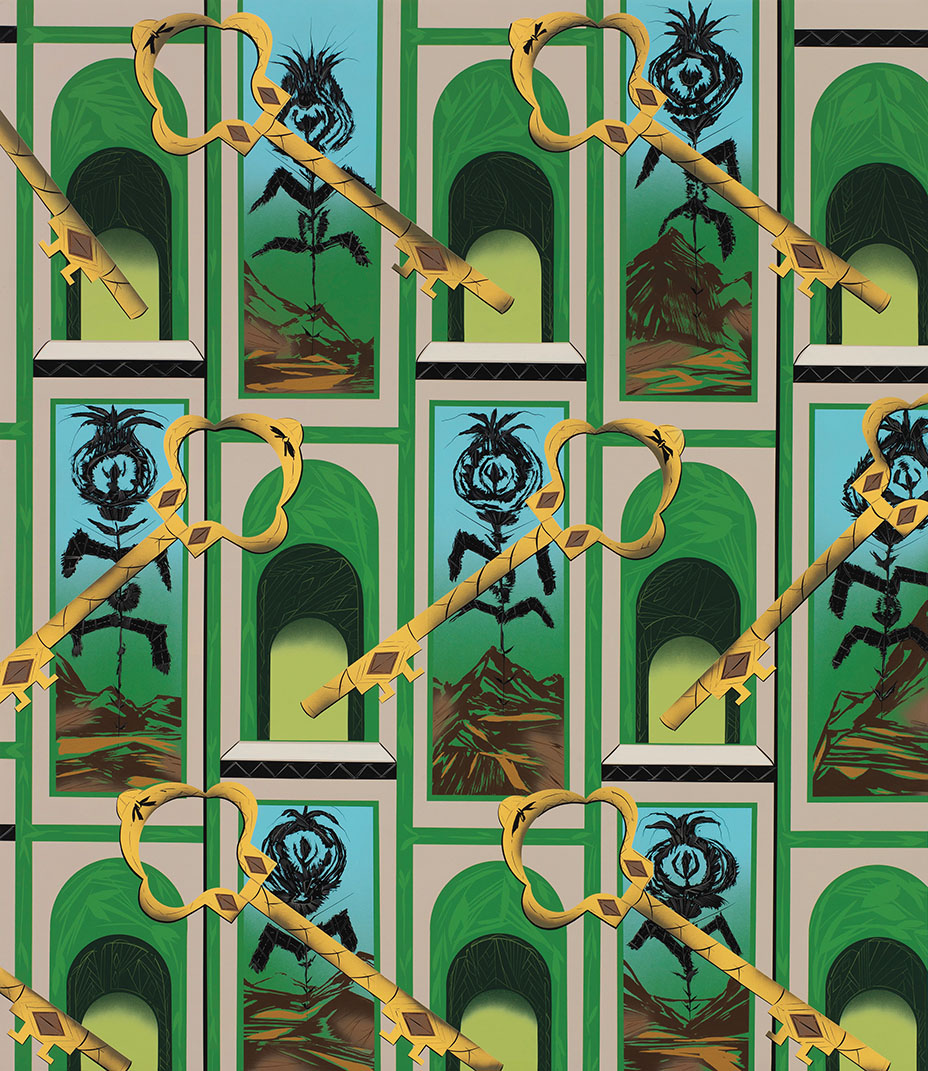 L.A.’s moment in the global art spotlight was decades in the making, and nearly 50 stakeholders interviewed by THR — from Broad and legendary gallerist Irving Blum to L.A. art icon Betye Saar — point to inflection points that laid the foundation, among them, the evolution of LACMA from Exposition Park to Mid-Wilshire and its subsequent expansions. The development of a gallery culture that helped make international stars of artists like Doug Aitken and Larry Bell, who waxes nostalgic about the La Cienega “art walk” scene of the ’60s and ’70s as “a lot of silliness … and a reason to drink a lot of beer.” Exhibitions that centered on L.A. artists had an impact: MOCA’s “Helter Skelter” in 1992 and the Getty’s first Pacific Standard Time initiative in 2011, “which canonized the postwar art history of L.A.,” says Korek, “and raised the general consciousness of people here that they live in an important art city.” 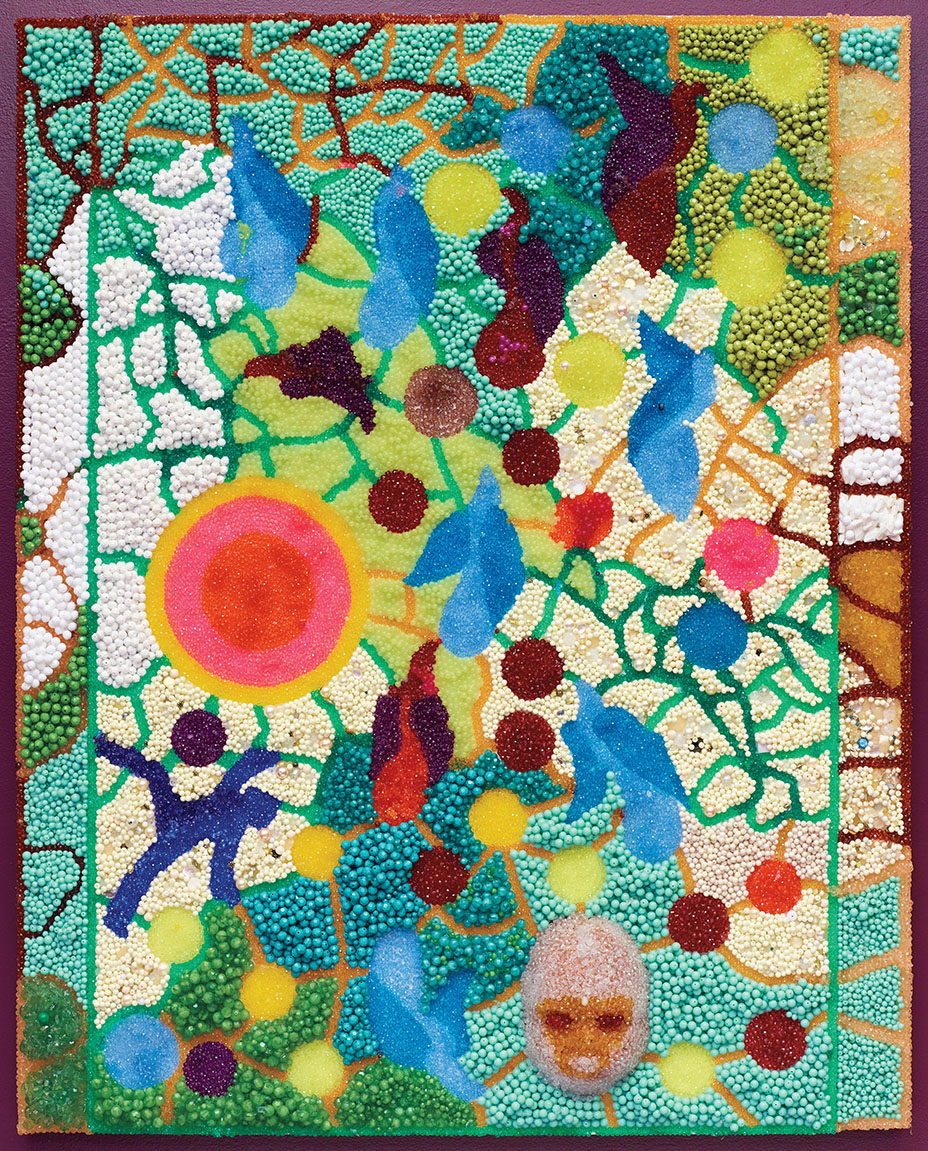 Talented museum directors also changed the landscape: Philbin, who took over the Hammer in 1999, is credited by many with “making UCLA’s modest university art gallery into a national museum that’s a central part of the discourse,” says Bruce Ferguson, president of Otis College of Art and Design. In 2006, LACMA brought on Michael Govan — “the moving force of getting everything going in L.A.,” says collector Cheech Marin. Govan plotted LACMA’s Art + Film gala as L.A.’s answer to the Met Gala in New York. The inaugural event, co-hosted by Leonardo DiCaprio and Eva Chow, honored John Baldessari and Clint Eastwood. Subsequent galas paired Kruger with Quentin Tarantino and, most recently, Catherine Opie and Guillermo del Toro — decadently bridging art and Hollywood with an event that in 2018 raised more than $4.5 million for the museum. 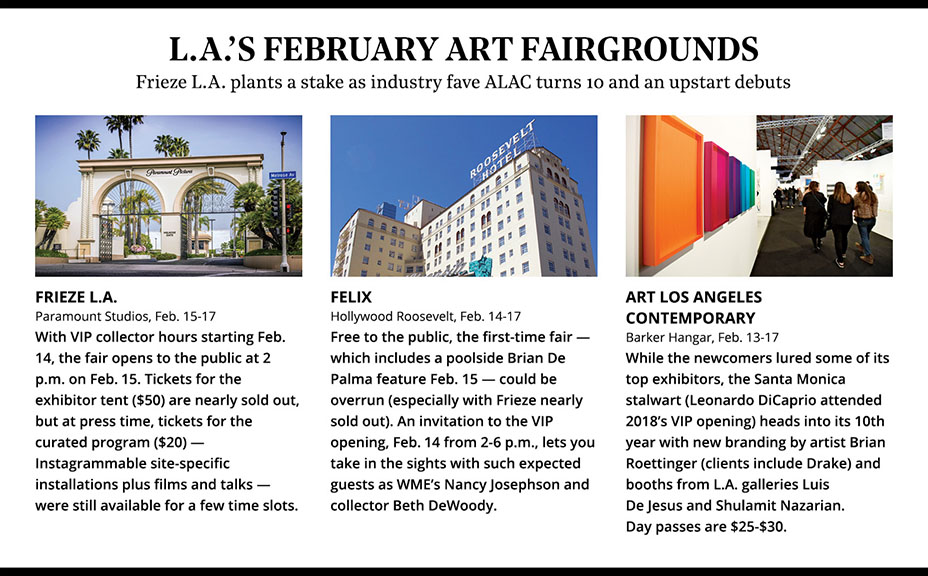 But the LACMA director zeroes in on a less public turning point, courtesy of L.A. master Baldessari, “one of the godfathers or grandfathers or art here and of teaching,” says Govan. “The day the art world changed in Los Angeles was the day John Baldessari stopped saying to young artists that you have to move to New York. That was the day.”