Turns out Lena Dunham’s introductory line in that very first episode of Girls — “I’m the voice of my generation … or at least a voice of a generation” — couldn’t have been more on the nose.

Over the past half-decade, Dunham’s millennial dramedy chronicling the lives of four 20-something women in New York has on more than one occasion seized the pop cultural conversation and steered it into areas that sometimes made even HBO uncomfortable. True, it never was an audience magnet — a typical season grossed between 4 million and 5 million weekly viewers — but it made up for that in buzz as it pushed the boundaries of casual nudity, gender identification and sexual mores and ignited controversies over everything from race to rape. With the series coming to an end with 10 final episodes beginning Feb. 12, HBO programming chief Casey Bloys jokes, “Lena Dunham single-handedly created the think piece industry.”

Dunham was all of 23 when she sold Girls to HBO with a page-and-a-half-long pitch that included nary a character nor a plot. Her only calling card? Tiny Furniture, a $50,000 indie film about a young woman who moves back home after college that Dunham wrote, directed and starred in, alongside her real-life friends and family. But the movie, which won the narrative film prize at the 2010 South by Southwest Film Festival, had some very big fans, including HBO’s then-entertainment president Sue Naegle and producer Judd Apatow.

After Tiny Furniture, Dunham had been pursued by independent studios looking to hook up for her next project. “Everyone was like, ‘There’s a YA novel that you might be good to adapt,’ ” she recalls. HBO in many ways was an unlikely place for the fledgling filmmaker to land. The premium cable channel had been better known for investing in bold-faced names — and for creating content for baby boomers rather than cable-cutting millennials. But Naegle and her then-27-year-old associate Kathleen McCaffrey had a hunch that a voice like Dunham’s could speak to an audience — and perhaps a generation.

Now, with Girls set to conclude, the cast — led by Dunham, 30, along with stars Jemima Kirke, 31 (as free spirit Jessa), Allison Williams, 28 (uptight Marnie), Zosia Mamet, 28 (earnest Shoshanna) and breakout Adam Driver, 33 (elusive Adam) — as well as executive producers Apatow and Jenni Konner, a cadre of executives and others reflect on six seasons that began with what Dunham describes as “the worst pitch you’ve ever read.” 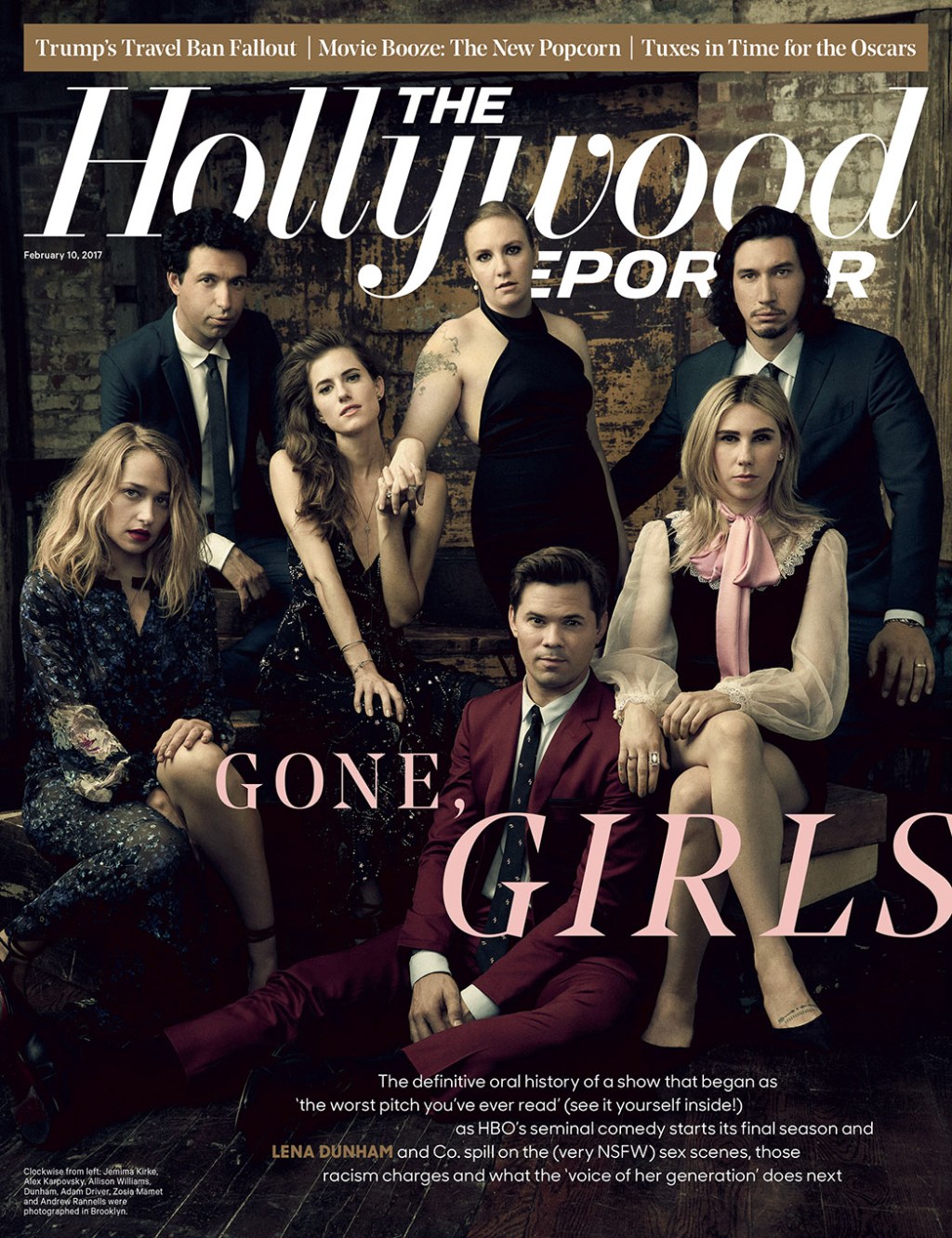