When the Food Network debuted in 1993, 30 years after Julia Child prepared her inaugural omelet for an audience of bemused Bostonians watching the French Chef pilot on public television, it wasn’t clear how a cable channel could fill an entire schedule with cooking.

“When you’re looking at categories of programming that people respond to globally, food and cooking shows are on the top of that list,” explains Brandon Riegg, Netflix vp of nonfiction series and comedy specials. After breaking into food in 2015 with Chef’s Table, a high-minded series showcasing global toques that proved subscribers could stomach subtitles when food is involved, Netflix started doing more. In success, the streamer’s food shows can play in all markets and spawn localized spinoffs, as Emmy-nominated comedy baking competition Nailed It! has in Mexico and, within the year, will iterate in three European countries.

“We saw that people were responding and reacting to Chef’s Table, viscerally, on a global level,” adds Lisa Nishimura, Netflix vp independent film and documentary features, who followed that show with five more seasons and similarly polished projects such as David Chang’s Ugly Delicious and Samin Nosrat’s Salt Fat Acid Heat. “Even though you can’t smell or taste this food through the screen, you can absolutely feel it.” 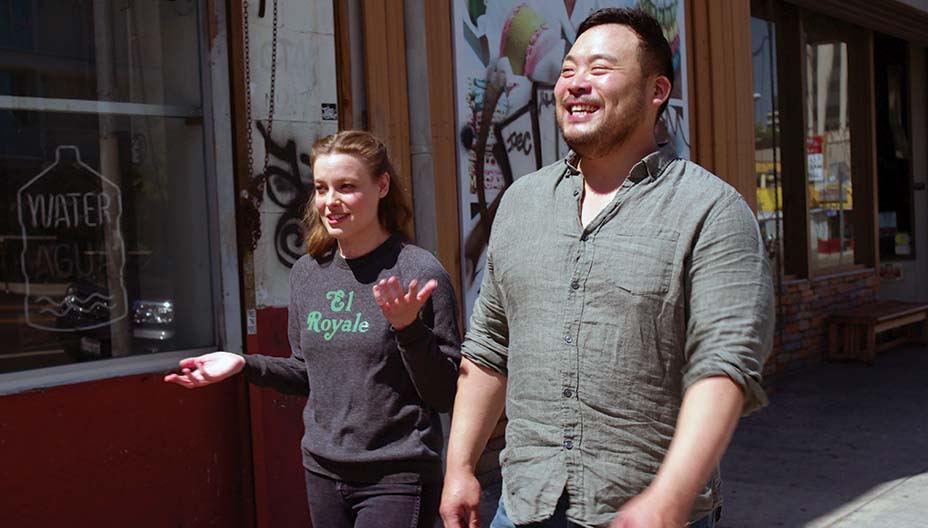 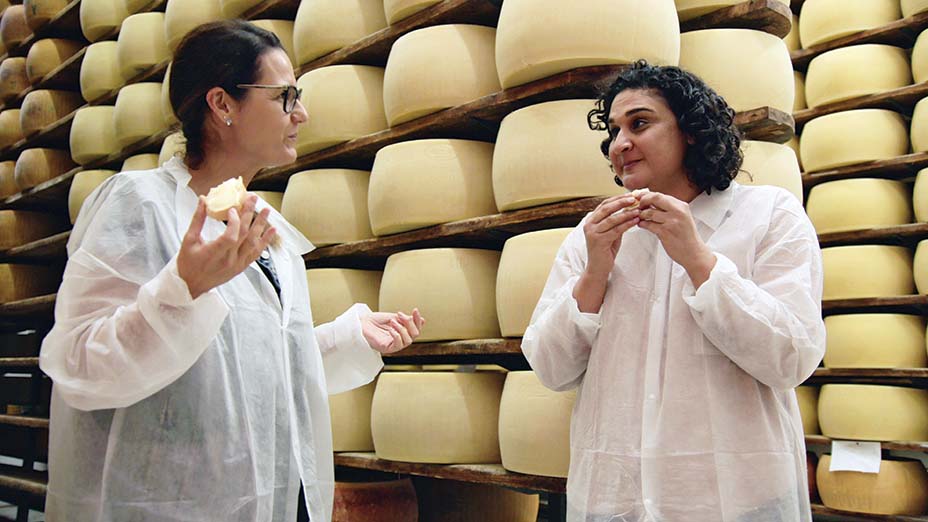 6 Top Food TV Stars Dish on What They're Eating, Cooking and Watching

Domestically, more than 30 food-related series are expected to premiere over the coming year, joining the roughly 75 in production across platforms and the dozens of older library titles still in play. (Food shows repeat well.) Hulu, home to a deep acquired roster — including much of the Food Network catalog, Ramsay’s past and current Fox projects and Bravo standard-bearer Top Chef — follows Netflix in investing in originals. Hulu announced an aggressive slate from Vox Media Studios at its May upfront, including a vehicle for Chang and cookbook author Chrissy Teigen and projects tied to Vox property Eater, with the intent to launch full food vertical “Hulu Kitchen” in 2020. “This category is sort of made for a streaming world,” says Hulu senior vp of content partnerships Heather Moosnick, who’s also acquiring a 24-show package from digital culinary hub Tastemade. “There’s a lot of binge behavior.”

Food Network retains a massive audience largely on the back of traditional cooking shows. It ranks second only to HGTV among the six-network suite that Discovery Communications shelled out $14.6 billion to acquire from Scripps Networks in 2018. Plenty of the personalities (Ina Garten, Alton Brown, Giada De Laurentiis) who drove the channel to its mid-aughts cultural ubiquity remain in place, but the brand has followed viewer tastes to new arenas. Seasonal series and specials have become a priority — half of Food’s top 10 programs are Christmas- or Halloween-specific — as has plucking talent from blogs and Instagram. The latest breakout, Girl Meets Farm star Molly Yeh, is a social media discovery whose debut season averaged a promising 1 million first-run views an episode.

“People like Molly, who’ve honed their culinary point of view and audience on digital, can really expand that reach on linear,” explains Food Network and Cooking Channel president Courtney White. “And our audience really prioritizes talent with a point of view.” 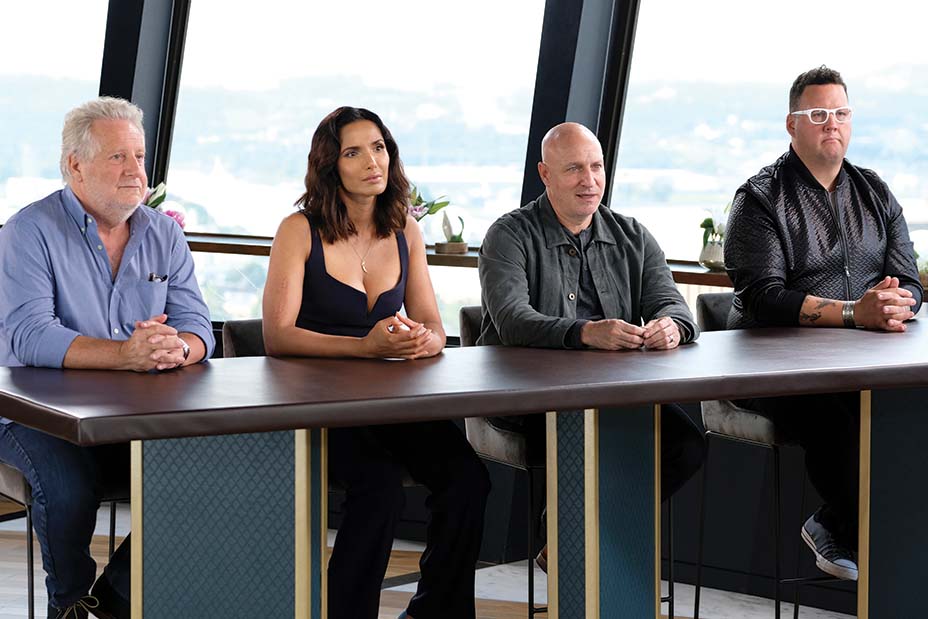 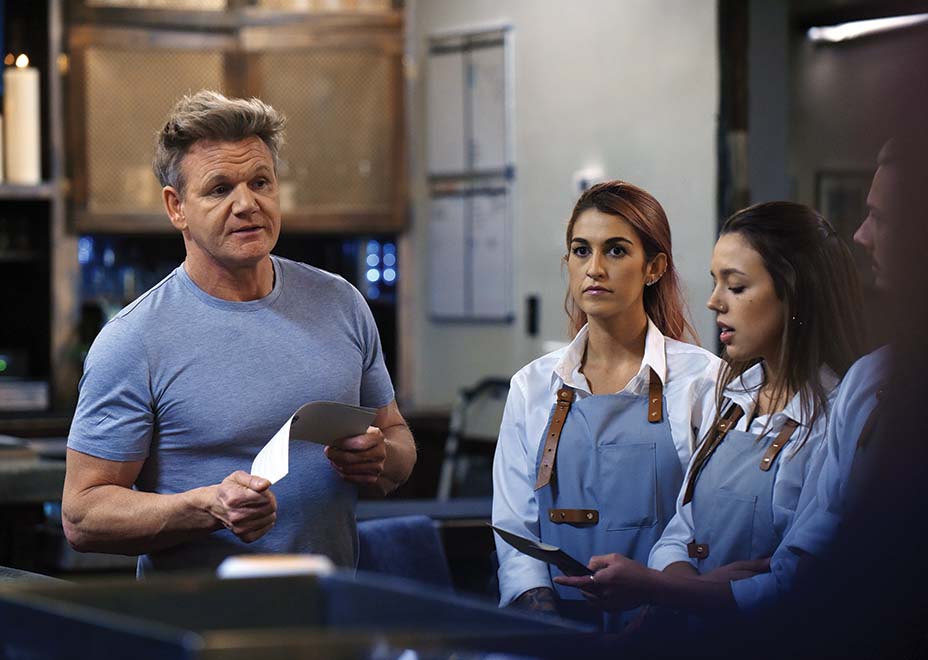 Chang, who’s shrugged off some of his restaurateur duties to focus on year-old TV-targeted operation Majordomo Media, says that it is programmers’ embrace of culinary perspectives that’s driving the expansion. The acclaimed Momofuku chef will soon have three on-air vehicles, with the Hulu order and a second season of Ugly Delicious being joined by Netflix travelogue Breakfast Lunch & Dinner later in 2019. “Food’s only been really analyzed in America since Anthony Bourdain wrote Kitchen Confidential,” posits Chang. “Then maybe a few years ago, people thought there was a saturation in TV, but that’s because the shows were all too similar. Now the people actually making food have been able to convince TV that a lot remains untouched.”

Bourdain casts a formidable shadow. The late chef-adventurer, credited with elevating food programming with Travel Channel’s No Reservations (2005-12) and again with CNN’s Emmy-dominant Parts Unknown (2013-18), left a void after his June 2018 suicide. One unscripted agent notes that there have been “millions” of passed pitches of Bourdain knockoffs since his death, and several sources mention one high-profile food personality who unsuccessfully campaigned as a Bourdain replacement to Parts Unknown producers Zero Point Zero within a few weeks of his death. But imitators are considered persona non grata in an industry still very protective of the icon’s legacy.

“What Anthony did was so meaningful,” says Top Chef co-creator and veteran reality producer Jane Lipsitz, who worked with Bourdain when he served as a guest judge on five seasons of her show. “There’s trepidation to try and fill those shoes and a real nervousness to developing a show that even feels like his.”

Docuseries, like Bourdain’s, and big episode orders of instructional fare remain popular, but most programming executives are anxious to launch a new competition with either the audience of MasterChef or the influence of Top Chef. The latter, the only cooking contest to mint new culinary stars from its contestant pool, also ranks among the most successful U.S.-originated formats — exporting to 24 foreign territories and prompting six American spin­offs. It’s now greatly subsidized by the states where it films each season, the most recent of which (Kentucky) offered up $1.5 million in tax incentives.

Most attempts at competition land on broadcast, a playing field where there’s been a defined hierarchy for quite some time. ABC is the only Big Four network to regularly jockey for a piece of Fox’s pie — this summer with Ayesha Curry’s Family Food Fight and, to more success, a holiday-timed U.S. version of U.K. smash The Great British Baking Show. “Food is daunting on broadcast,” admits Rob Mills, ABC’s senior vp of alternative, late-night and specials. “It just operates differently because Gordon Ramsay has really corned the market.” 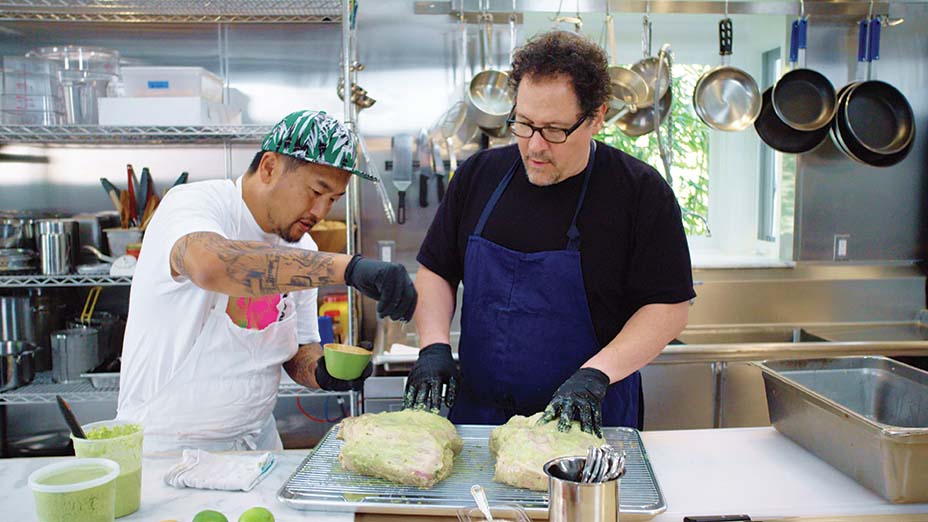 Ramsay remains a powerhouse. His current deal with Fox, which doesn’t expire for at least a year, allows him to produce for other outlets (under his Studio Ramsay shingle) but not appear on camera anywhere but Fox — or Nat Geo, which was in the Ramsay business before Fox closed the cable network’s recent sale to Disney. (There, new series Uncharted, premiering July 21, has already received a green light for a second season.)

Fox is said to earn north of $140 million in advertising revenue annually from Ramsay’s four vehicles, three of them competitions. And the network pays him a handsome portion of that. Multiple sources paint his episodic fees at more than $400,000 on some of his longer-running series — with annual output topping 60 episodes. The chef, whose business just secured a $100 million infusion from Lion Capital with the intention of opening 100 new U.S. restaurants by 2024, plays it cool on talk of the future. “Food TV has really exploded, and that’s exciting to me as a producer,” says Ramsay, who is likely to be hotly pursued as his Fox deal winds down. “But I’d rather front less and create more.”

Price tags (and personalities) as big as Ramsay’s are not the norm — which is a crucial reason why food TV is so appealing and easy to scale. The genre’s most expensive offerings, which run north of $1 million for an hour, tend to be competitions like Ramsay’s or 2018 Netflix swing The Final Table. Some Food Network shows are said cost less than $200,000 an episode — though that’s below both the industry average and typical $400,000-per-hour spend at Discovery. These smaller shows, while rarely Emmy bait or ratings juggernauts, occupy the most space in the food media landscape.

It’s the continued profitability of these more scalable series, the ones that still blanket cable, that have kept the streaming push from causing too much alarm among legacy food programmers the way it has in the scripted world. New competition is viewed as complementary to long-running titles, and volume remains on the side of those who’ve been in the space longer — for now, anyway. Lest anyone forget, Netflix didn’t truly get aggressive in culinary programming until it lost the Food Network library to Hulu after a fraught 2016 renegotiation with Scripps.

“If a Netflix viewer happens on a food title, we see ourselves as the place where they can find stuff like that 24/7,” says Food Network’s White. “The more people who realize they’re into food programming, the better.” 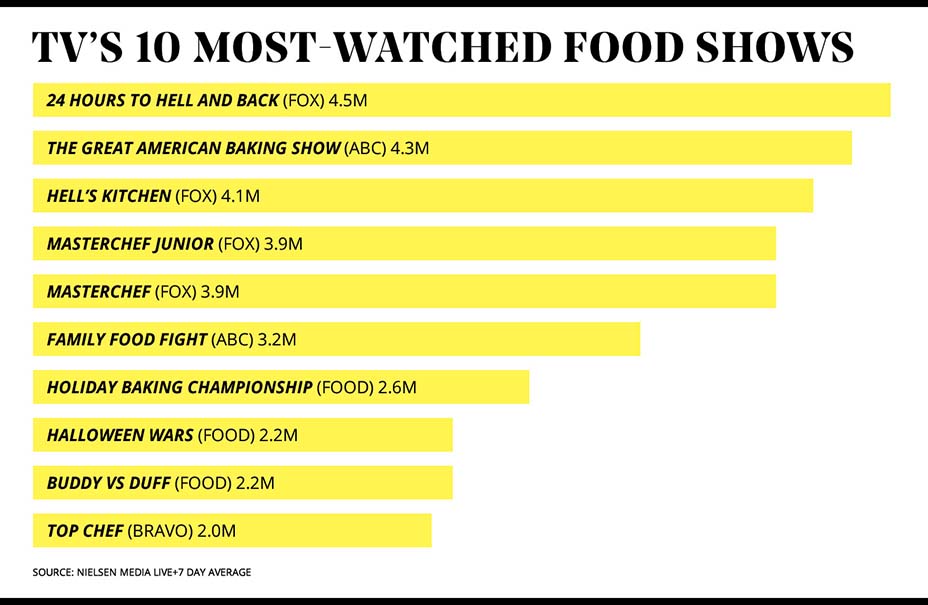 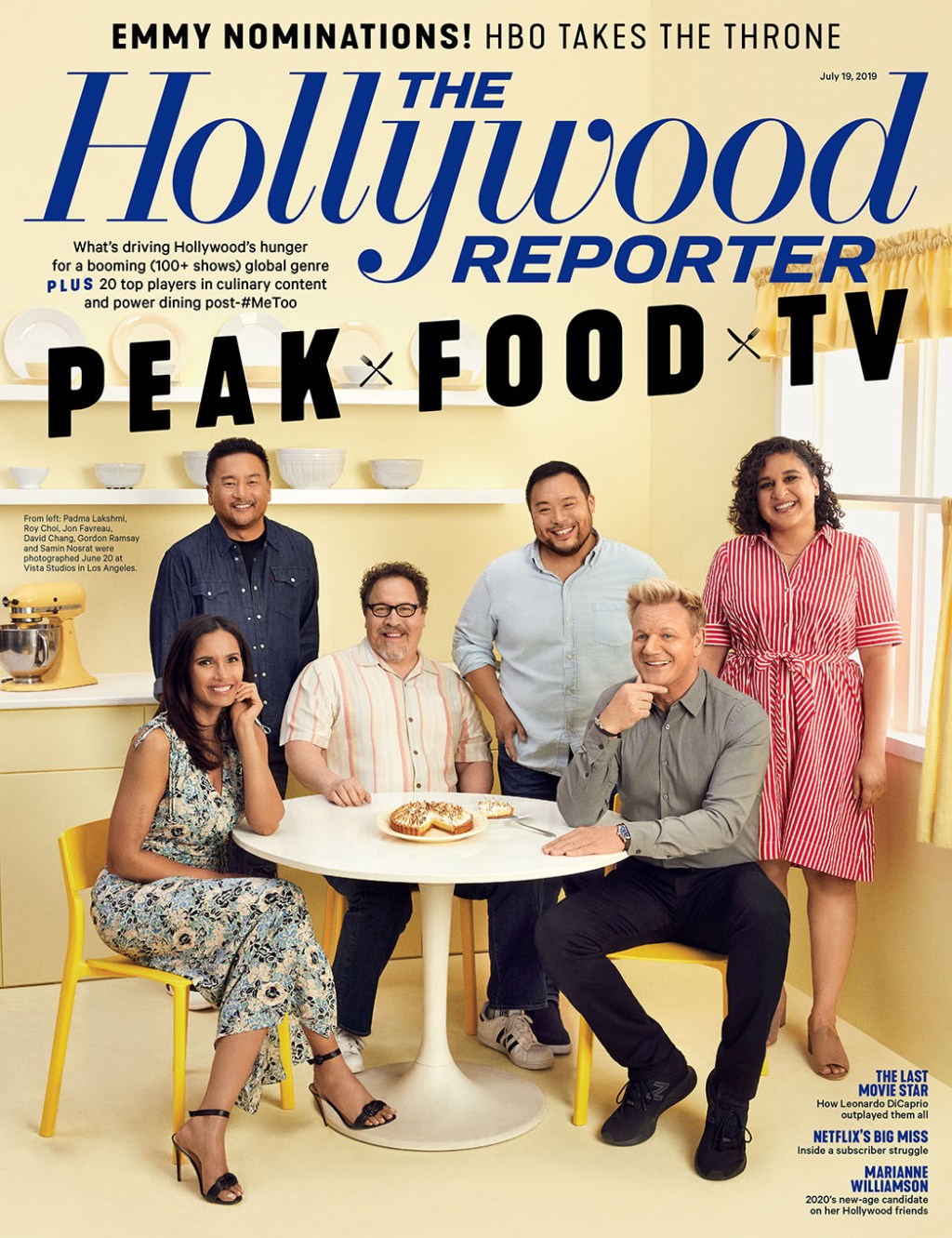 Read about the 20 power players of food media here, and read more about what The Hollywood Reporter’s cover stars are eating, cooking and watching here.