Ariel Winter is making everyone laugh. “I think my house is haunted,” she says to the crew between setups at her THR photo shoot. “The lights went on and off last night.” Warming to her topic like a stand-up, she continues, her delivery somewhat at odds with her perfectly made-up face and saucy outfit (white tank, torn jeans and 5-inch stilettos). “I literally was clutching my Care Bear. I put the covers over my eyes so I couldn’t see what was happening.” Pause. “Because that protects me somehow.”

This is a role — comic foil, cute-girl cutup — that Winter knows well as one of the stars of ABC’s Modern Family, which is up for three Emmys Sept. 17, including the comedy series award, a prize it won consecutively for its first five seasons. The actress — who plays Alex Dunphy, the brainy middle child of uptight Claire and self-proclaimed “cool dad” Phil — has been through a lot in her 19 years: While her show minted awards and topped the ratings, she was living in a home much colder than the Dunphys‘ and navigating a relationship with a mother who made the comically immature Claire and Phil look like Parents of the Year. Now the show has been renewed through a 10th (and likely final) season, and Winter is plotting her own next chapter, starting with college at UCLA.

She keeps things light — at first — when she meets me for lunch. Dressed in a low-cut gingham romper and well-scuffed cowboy boots, she’s just come from an Emmy fitting. “I haven’t decided what I want to wear yet,” she says giddily. “Do I want tight and sparkly? Do I want something that’s more mermaid and puffs out? I’m very indecisive.”

Soon, though, over a burrata appetizer and a chicken enchilada, she segues into the heavier topic of her early years. Winter, who started acting at 4, garnered success easily and early — she was the kind of grade-schooler who could make a moving impression in a two-episode arc on Jericho and was worthy of appearing in the final episodes of ER. But the profession wasn’t her choice. It was the deferred dreams of her mother, Crystal Workman, that she was acting out, Winter says, which led to stage-mom antics and worse. Things got so bad for the actress that at 14, she was placed by the courts in the temporary custody of her adult sister, Shanelle Gray. Winter’s allegations against her mother included both physical (“slapping, hitting, pushing,” according to court documents) and emotional abuse.

Winter is wary of doing what Workman has done to her — attacking the star publicly via an appearance on Dr. Phil and interviews with weeklies like In Touch. But the actress ultimately opts to be frank about her childhood: She wasn’t allowed to make friends with girls, she says, “because females are competition — that’s how some people see it.” Pressure to land jobs was intense. “You don’t get to mess up when you have somebody around you who is constantly watching.” Food was “very, very restricted” from the time she began acting, and her education was neglected. “I had a few tutors, and they were amazing,” Winter notes, and occasional school education helped (she attended half of kindergarten and half of second grade), but she felt at sea. Her father, Glenn, while married to her mother at the time, was largely absent. “He just opted out a little bit.” From age 7, Winter recalls, she was sexualized — dressed in “the smallest miniskirts, sailor suits, low-cut things, the shortest dresses you’ve ever seen. People thought I was 24 when I was 12. If there was going to be a nude scene when I was that age, my mother would have a thousand percent said yes.” 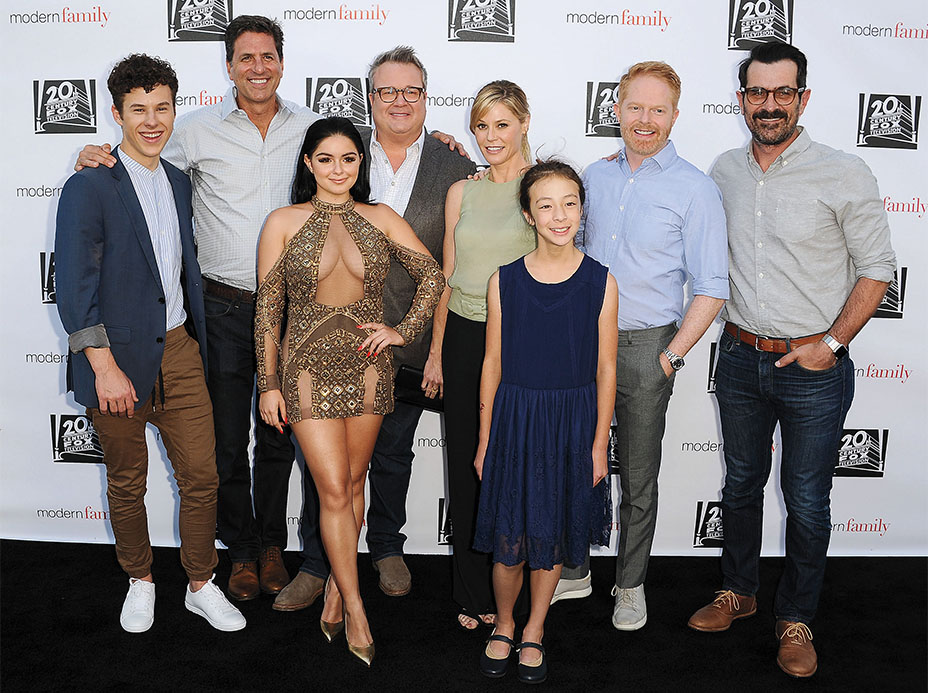 The success of Modern Family (she was cast as Alex at 11) magnified everything — good and bad. Hailed as the rebirth of the broadcast sitcom, it remains ABC’s top-rated series and has scooped up Emmys (22 so far), a Golden Globe and a slew of SAG, WGA and DGA awards. Co-creator Steven Levitan says Winter has been a standout. “She brings a real intelligence to the role, and she delivers time and time again. There’s nothing we’ve ever thrown at her that she hasn’t been able to do.”

But as her star rose along with the show’s, Winter’s relationship with her mother was a weight on her. She was never unprofessional, Levitan says. “She would come to the set and nail it.” Still, Sharon Sacks, her on-set teacher, saw the strain: “I would order a couple lunches in my name so Ariel could eat one of them. I could tell she was hungry. Boiled chicken and cucumbers isn’t going to do it for a growing kid.” Sacks also noticed sleep deprivation. “Her mother kept her out late at night at these ridiculous parties. She was 12 and 13 years old and had to be on set at 6:30, 7.” 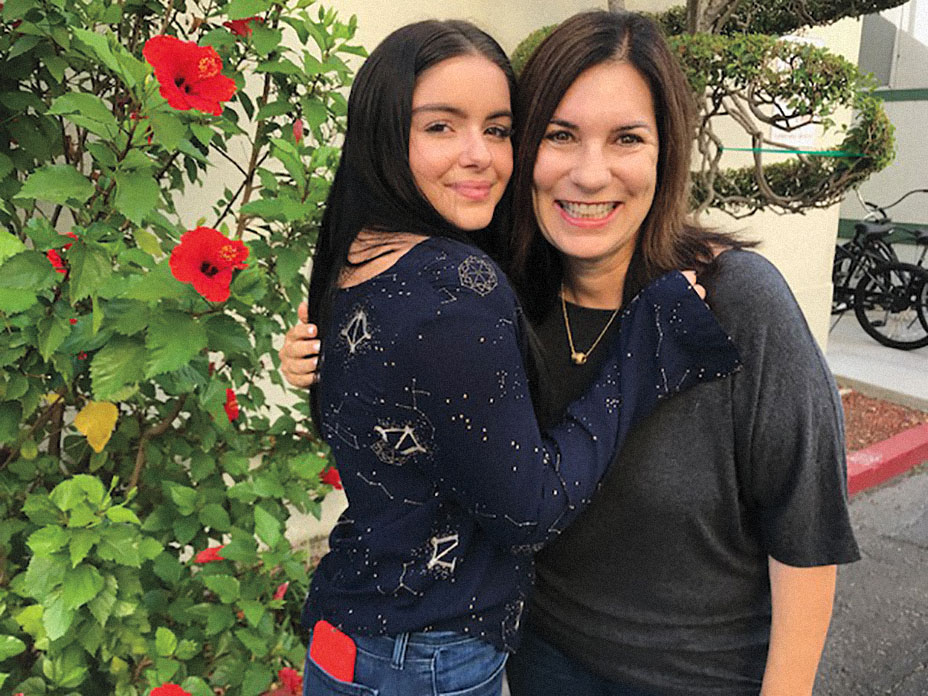 Then there were the garden-variety problems of puberty, which hit quick and hard. “The first season I was very thin, no breasts, no hips,” Winter recalls. “The next year, I had huge boobs and a butt.” As Alex, she was dressed in big sweaters and flannels, her chest sometimes strapped (“I understand it for the character,” Winter says with a grimace, “but I’m very torn”). On social media, as early as 11 and 12, “It was automatically ‘You’re a fat slut.’ ‘You’re a whore.’ ”

Initially, Winter tried to tame — or at least neutralize — the online haters. “I was like, ‘Maybe I’m going to lose some weight, dye my hair, change how I dress. … Maybe I’m doing something wrong.’ ” But it didn’t help. “I actually got more hate by trying to change.” So she opted to follow her heart — and her own provocative style — into the tabloid fray. “Ariel Winter Twerking in a Storage Unit Is the Strange-but-Sexy Video You Never Knew You Needed” runs a typical headline — but Winter says she knows what she’s doing. Her recent appearance in a barely-there gold micromini for a Modern Family panel garnered tweets galore. The actress snapped back, posting on her Instagram and Twitter, which together have more than 4 million followers: “Why TF does anyone care …?” And “Why can’t people just let other people feel good about themselves and do what they want?” 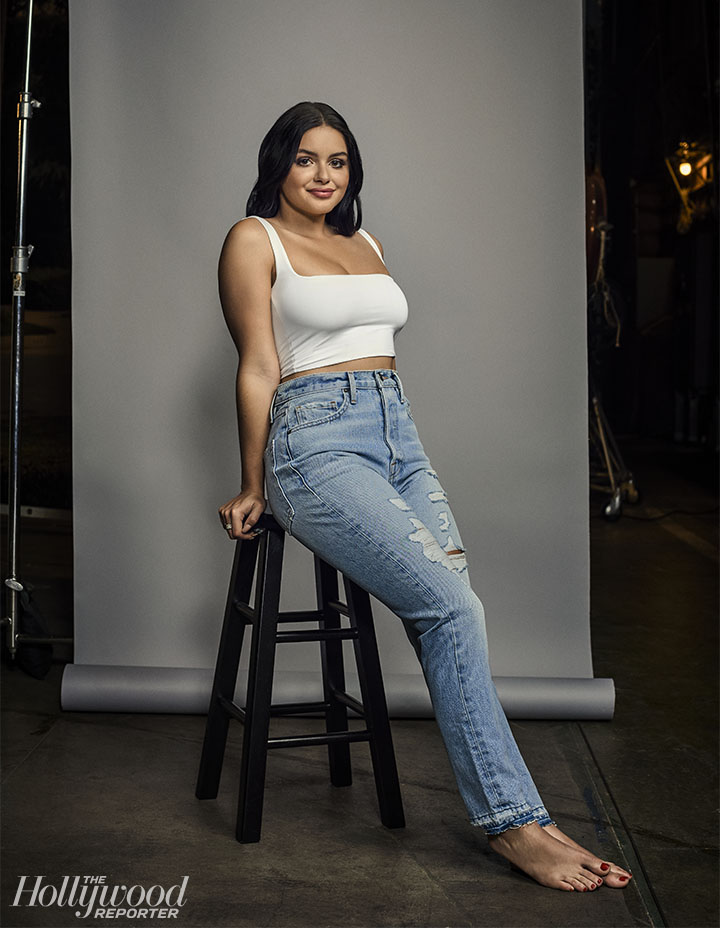 That’s the 19-year-old talking. At 13 and 14, not only was Winter newer to fame and the online game, but her mental state also was precarious. Pointing to a semicolon tattoo behind her right ear, a symbol of support for suicide awareness and prevention, she says, “I went through a really rough period, a really bad chapter.” Sacks and others had been concerned about her for years but felt they needed Winter’s blessing to get her placed in a better home environment. In 2012, “Ariel told me she was ready,” Sacks recalls. “She was very scared. … She knew the consequences.” Sacks reported Winter’s situation to L.A.’s Child Protective Services; Winter was prepared to go to foster care until Shanelle, whom she had met only a handful of times, agreed to take her in.

Winter’s case would wend its way through the system for years (Levitan was among those who wrote letters to the court on her behalf), culminating in Shanelle being granted custody in 2014 and in Winter’s emancipation a year later. Winter says her life opened up as soon as she moved in with Shanelle, now 39. She started attending L.A.’s elite Campbell Hall and seeing a therapist (her “favorite part of the week,” she says) and is now on medication to treat depression. She learned that despite her Family paychecks (about $23,000 an episode to start; a reported $100,000-plus for seasons nine and 10), she was in debt, though she’s now in the clear. Academically, she struggled to catch up, but her tutor came through. “We worked weekends and nights,” says Sacks.

Winter was accepted to Yale and Princeton as well as UCLA, where she starts classes this month. These days she shares a home in L.A. with her dogs (Casper, Chloe and Cash) and her boyfriend, actor Levi Meaden, 29, whom she met through a mutual friend at a 2016 Emmy party. “I was like, oh my God, I’ve never seen this guy before,” she recalls. “I stuck my hand out aggressively and put my number in his phone before the end of the night.” She laughs. “We talked about politics.” Their house is less than a mile from Shanelle’s home and her father, with whom Winter has repaired her relationship, also lives nearby (he and Workman are now divorced).

“I got it,” Winter says of her second chance. “I’m in it.” She’ll balance college classes with at least two more seasons of Modern Family and plans to do film work in the summers. “I definitely want to continue being an actress. I love it,” she says. “The reason I’m going to college is because I do want knowledge in another field. College isn’t the college experience for me. I’m not going to be in a sorority, I’m not going to network, I’m not even really going to make my lifelong friends. I’ve had the career experience. I’ve had the experience of taking care of myself. I’m going to college because I genuinely want to learn.” She’s interested in politics, the law and social justice, and would like one day to start a charity for abused children and adults and one to help those with mental illness, including veterans. “Even though I wish I had a better childhood, I wouldn’t trade it, because it made me who I am today,” she says. “I still respect the people that hurt me.” Winter hasn’t spoken to her mother in five years, which she says is for the best. 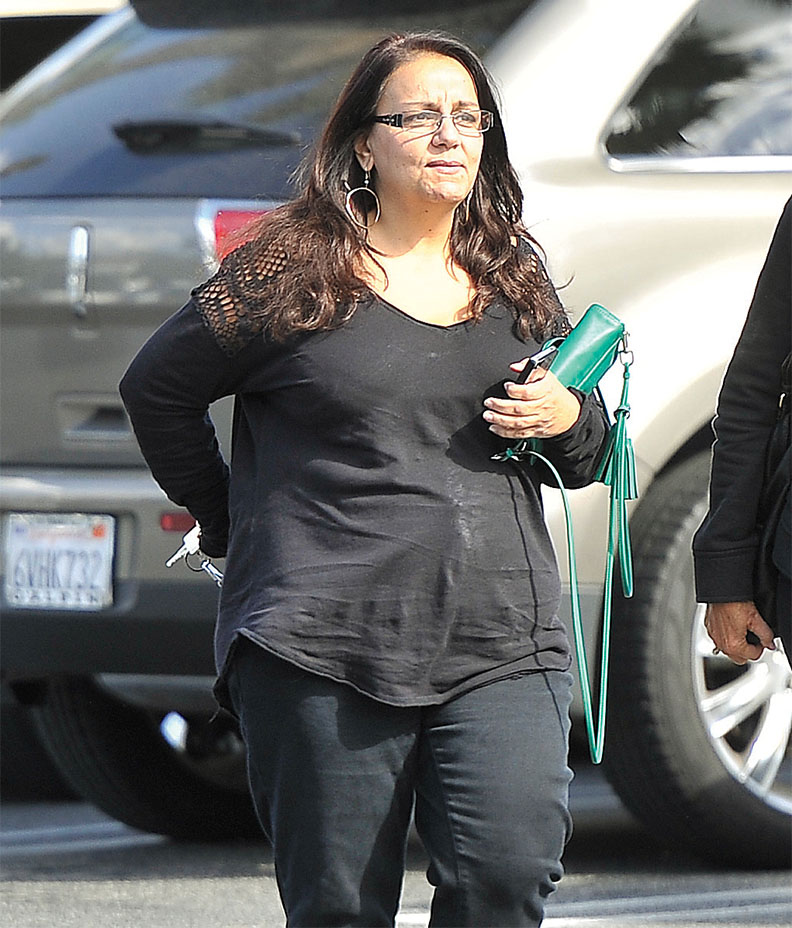 “Ariel is growing up online, on TV, in the public eye,” says Levitan. “Just like Alex, she’s trying to find her equilibrium, find out who she is.” Winter describes Alex’s arc on Modern Family as subtle yet satisfying. “I do wish,” she adds, “we could get out of the stigma that girls who are smart have to dress down and not care about appearance. … But I think [Alex is] starting to.” And Winter now uses her sartorial social media battles as a platform for body positivity, appearing on Nightline at 17 to discuss her breast reduction. “If you want to wear a short skirt and show your body like I do, it doesn’t mean you’re a whore. And it doesn’t mean you’re not one,” she says. “People call me stupid because I post photos of my butt when the real thing is, I love my butt. I love butts! Why stifle yourself because other people can’t handle it?”