When it comes to Harvey Weinstein, a culture of silence persists. The once-high-flying mogul will stand trial in Manhattan beginning Jan.?6 on charges of sexual assault, but don’t think for a second that this criminal proceeding represents a victory for clarity in the muck of darkness. At least, it hasn’t thus far.

To be certain, the exposure two years ago of Weinstein as an alleged serial predator amounted to a victory for the maxim that sunlight is an effective disinfectant.

But the trial before New York Supreme Court Judge James Burke still holds many secrets. Exactly who is accusing Weinstein of what? Despite worldwide media coverage, it’s still unclear. With nearly everything in this case sealed by the judge — including the names of potential witnesses and their allegations — reporters are relying on a shallow trove of court documents that have been made public to convey the gist of a proceeding expected to last approximately six weeks.

Is that a problem? Well, maybe not right away, but it could become one.

Cameras will not be permitted to film the proceedings, but media are allowed in a small gallery (150 journalists have RSVP’d, no overflow room), so witnesses and their testimony almost certainly will become public once the trial begins. There are reasons to maintain confidentiality in advance of trial — both for the accusers and for Weinstein. “This is so high-profile that the judge is going to make an extra effort to keep information from being seen by potential jurors so as to preclude any argument that Weinstein didn’t get a fair trial,” says New York criminal attorney Mark Bederow. Adds Berit Berger, a former prosecutor and the executive director of Columbia Law School’s Center for the Advancement of Public Integrity, “It is not unusual for a judge to take extraordinary measures to protect victims, and here there is an allegation that Weinstein in the past intimidated witnesses.”

But secrecy does — or should — have limits. If this were like most criminal cases, the public would by now have seen the range of questions that lead prosecutor Joan Illuzzi-Orbon and Weinstein trial attorneys Arthur Aidala and Donna Rotunno propose to ask jurors. Also typically revealed in advance are the judge’s orders determining which evidence is precluded on grounds of being prejudicial and the judge’s basis for determining which witnesses are relevant and can testify.

This is no small matter. As the two Bill Cosby criminal trials demonstrated, “propensity evidence” — meaning testimony showing that a defendant engaged in behavior indicating a pattern — could sway the outcome. In Cosby’s first trial, one such witness testified and the jury couldn’t reach a verdict. In the second trial, five women testified they were drugged and assaulted; the jury convicted.

In the Weinstein case, Judge Burke, a former prosecutor, is allowing three “prior bad act” witnesses — Sopranos actress Annabella Sciorra is also expected to take the stand — as well as the two witnesses (Weinstein Co. production assistant Mimi Haleyi and an accuser yet to be identified) who will testify about charged crimes. But it remains a mystery just how the judge reached this decision and exactly who was precluded from taking the stand. If the case is appealed, the justification for allowing these witnesses could become paramount in the review.

Without the pretrial rulings, the public may also lack a full sense of the ground rules for the trial. For example, in court papers and public commentary, Weinstein’s lawyers alleged an NYPD officer coached a witness during the investigation and suggested the criminal charges were politically motivated. Possible witness tampering appears to have caused prosecutors to back away from a charge connected to one accuser, former actress Lucia Evans. Will any of this come up at trial? If it doesn’t, will such silence be strategic or be because the judge has ruled such talk irrelevant and prejudicial?

“It’s a dangerous road for the judge to be sealing all these documents,” says Roy Black, a defense attorney who has represented Jeffrey Epstein and Justin Bieber. “The court has to be very cognizant of being a public forum. Everyone wants to see justice done in the courtroom, so they can’t be left guessing why the important decisions are being made.”

Silence Breakers to Harvey Weinstein at Start of Trial: "We Aren't Going Anywhere"

This point may be particularly crucial given that the defendant is Weinstein, who went to great effort over the years to foster secrecy. As a result of nondisclosure agreements and a culture of complicity surrounding him, a sense of procedural mistrust may permeate any discussion of the case. The verdict seems particularly susceptible to skepticism.

Partly for this reason, more than a dozen news outlets, including The New York Times, CNN and Fox News, challenged the sealing of the court record. In May, an appeals court upheld the judge’s discretion in order to prevent the tainting of the jury pool. Since then, the majority of court documents have not been made public. The largely covert nature of the proceeding hasn’t prevented Weinstein’s attorney from blaming the media for keeping her client from getting a fair trial.

“With the media running rampant, afraid of, or complicit with countless people who have axes to grind against Harvey Weinstein, the prosecutors attempted to gag me from speaking publicly,” Rotunno wrote in a Dec.?21 column for Newsweek, possibly hinting at a defense strategy of blaming media coverage.

“They wanted to silence the opposition to allow the press to continue pushing their narrative,” Rotunno wrote. “But a weaponized press working on behalf of the prosecution serves no place in a just society. They failed because Justice Burke understands the one-sided media rampage cannot be justified. Can the same be said about society?”

$25 million: The amount the insurers of the bankrupt Weinstein Co. agreed to pay to his accusers.

30 women: The approximate number of victims who will share in the payout.

For Weinstein Victims, Hope and Anxiety as a Historic Trial Nears: "We're All Prepared for an Onslaught" 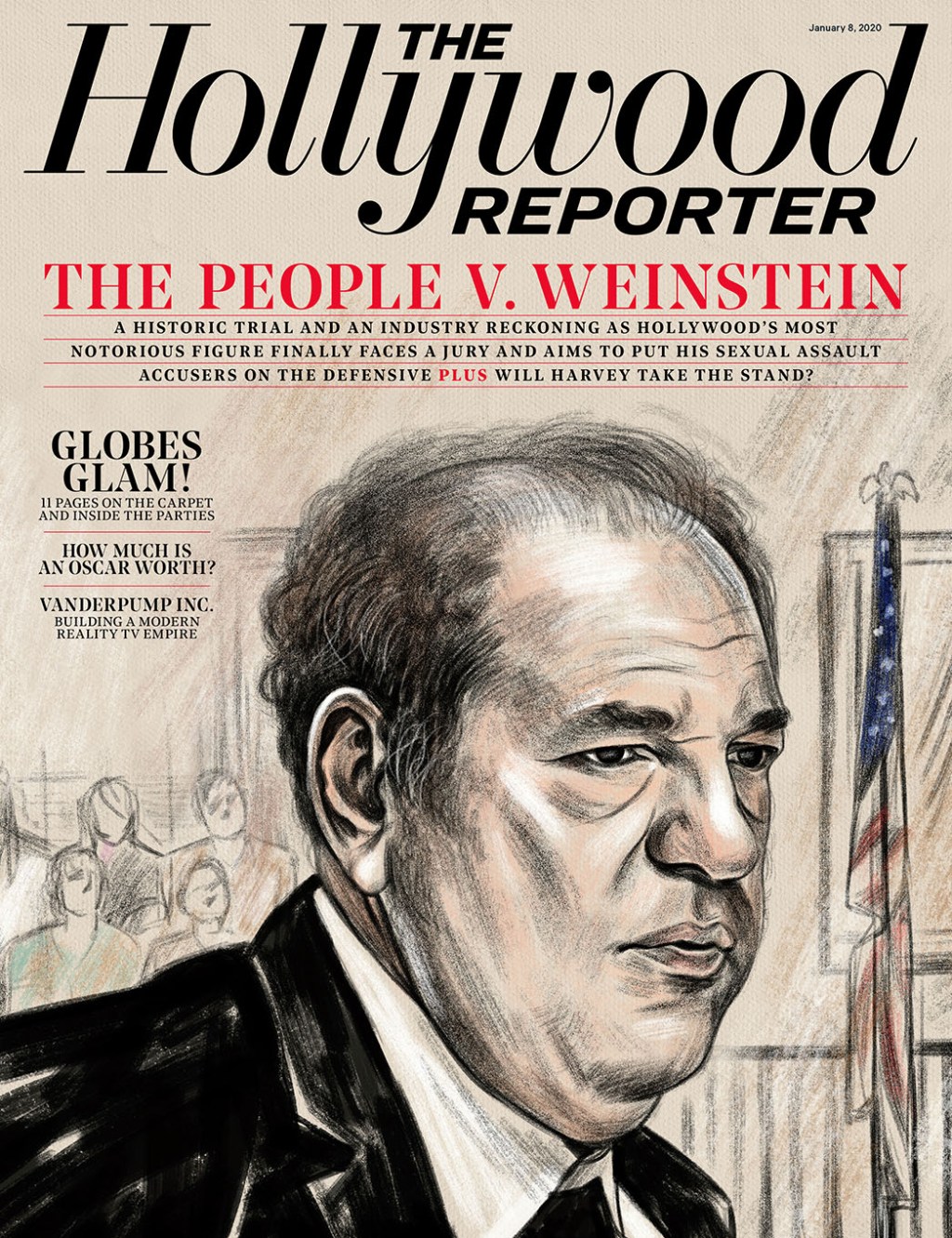 This story appears in the Jan. 8 issue of The Hollywood Reporter magazine. To receive the magazine, click here to subscribe.