An entire generation of readers grew up tracking the war between the Yeerks and the Animorphs as part of K.A. Applegate’s Animorphs series of books, which ran from 1996 through 2001. (And, as a television series, from 1998 to 1999.) Now, a whole new generation of readers is about to become part of the conflict, as Scholastic’s Graphix imprint launches a new series of Animorphs graphic novels.

In Animorphs: The Invasion, debuting next month, cartoonist Chris Grine adapts the first novel in the series, introducing Jake, Rachel, Cassie et al. — not to mention Visser Three, the antagonist of proceedings — as the intergalactic conflict arrives on Earth once again, now in comic book form.

The Hollywood Reporter talked to Grine about adapting the book and just how to go about bringing such a beloved franchise into a new medium.

When I think of your work, I think of things that you’re the full creator of, like Chickenhare and Time Shifters; what was it like working as someone adapting an existing story into comics this time around? And, for that matter, what made you decide to adapt Animorphs into comics in the first place? Was this a project offered to you, or a passion project for a longtime fan of the franchise?

It’s been several years now, but I think I remember being asked if I would be interested in doing a graphic novel adaptation of a book series with details to follow. I remember at first thinking, “I don’t do adaptations of other people’s stuff, I do my own stuff,” but I appreciated the offer.

Then I received the follow-up details where I learned it was Animorphs and I spit coffee all over my laptop.

Adapting someone else’s stories was challenging but fun. I’ve done a few books over the last several years — The Witch Finder General, Alien Bones — where I collaborated with a writer where I just created the art, but I was still included in the story part to some degree. Adapting Animorphs was different for a few reasons, but for me the biggest was that these books come with a very passionate fanbase, many of whom have been waiting a long time for a comic so, you know … no pressure there.

Animorphs works so well as a comic, it’s almost difficult to imagine it wasn’t intended this way from the start; even the basic concept of kids transforming into animals is so visual that it feels naturally aimed at comics. Were there elements of the book that felt particularly easy to translate between media — or just the opposite, for that matter?

I think you said it exactly right, that many of the story elements are so visual from the shapeshifting, to the spaceships and aliens with blasters. I guess I didn’t find any of to be too difficult to translate, but part of that might have just been me telling myself it needs to be done right even if I don’t feel like drawing an interior mall scene or a parking lot filled with cars.

I’m curious about the process of the book. Were you given free rein to develop what everyone/everything looked like, given the longevity and popularity of the franchise, or were there specific guidelines and models to follow? The cover art of the original books is one of the most iconic things about them, after all …

The short answer is yes? The longer version is still yes, but I suspect that had I tried to drive the car over the cliff, someone would have stepped in. Fortunately, they liked what they saw with only a few easy alterations.

They left the character designs up to me for the most part, but I did a lot of research from the books, the TV show, and whatever else I could find. Not with any intent to copy those things, only to see what aspects of the characters had become so engrained into the pop culture that changing them too much could derail the entire thing. I always fall back on the descriptions from the books, but I like to be sure.

As far as the cover design, I can tell you that we put a lot of thought into that part. Personally, I was the most nervous about the cover from the very beginning because you’re right — the originals are iconic. I must have done a dozen cover concepts before we landed on something that felt true to the originals even though it was a fresh take.

Ultimately, I’m really happy with the final result with a lot of the credit going to Phil Falco, the designer who did all the book design and layout including the awesome new logo. That guy always makes me look good.

Was there a favorite character you had in The Invasion? I admit being partial to Tobias, even if his fate was clearly not going to be good early on …

For me, it’s Visser Three. He is a fantastic villain for so many reasons, but his unearned confidence is just hilarious to me and I try to lean into that as much as I can. He is literally an unredeemable Darth Vader and a diva to a fault and I love it.

Are there plans to continue the series? The original prose book series continued for a long time — there are more than 50 titles! Would you want to tell an abridged version of the story across the next few years, or were you thinking of this as a one-off project?

I’m currently adapting books one to three. Beyond, that it’s up to Scholastic, but I would love the opportunity to do more, especially because books four and five introduce one of the most beloved characters in the series, and I would be super disappointed if someone else got to do that. I’m currently doing the art for book two, The Visitor, which should be out sometime next fall, and book three, The Encounter, the following year.

Animorphs: The Invasion will be released in bookstores Oct. 6. Read on for an exclusive preview. 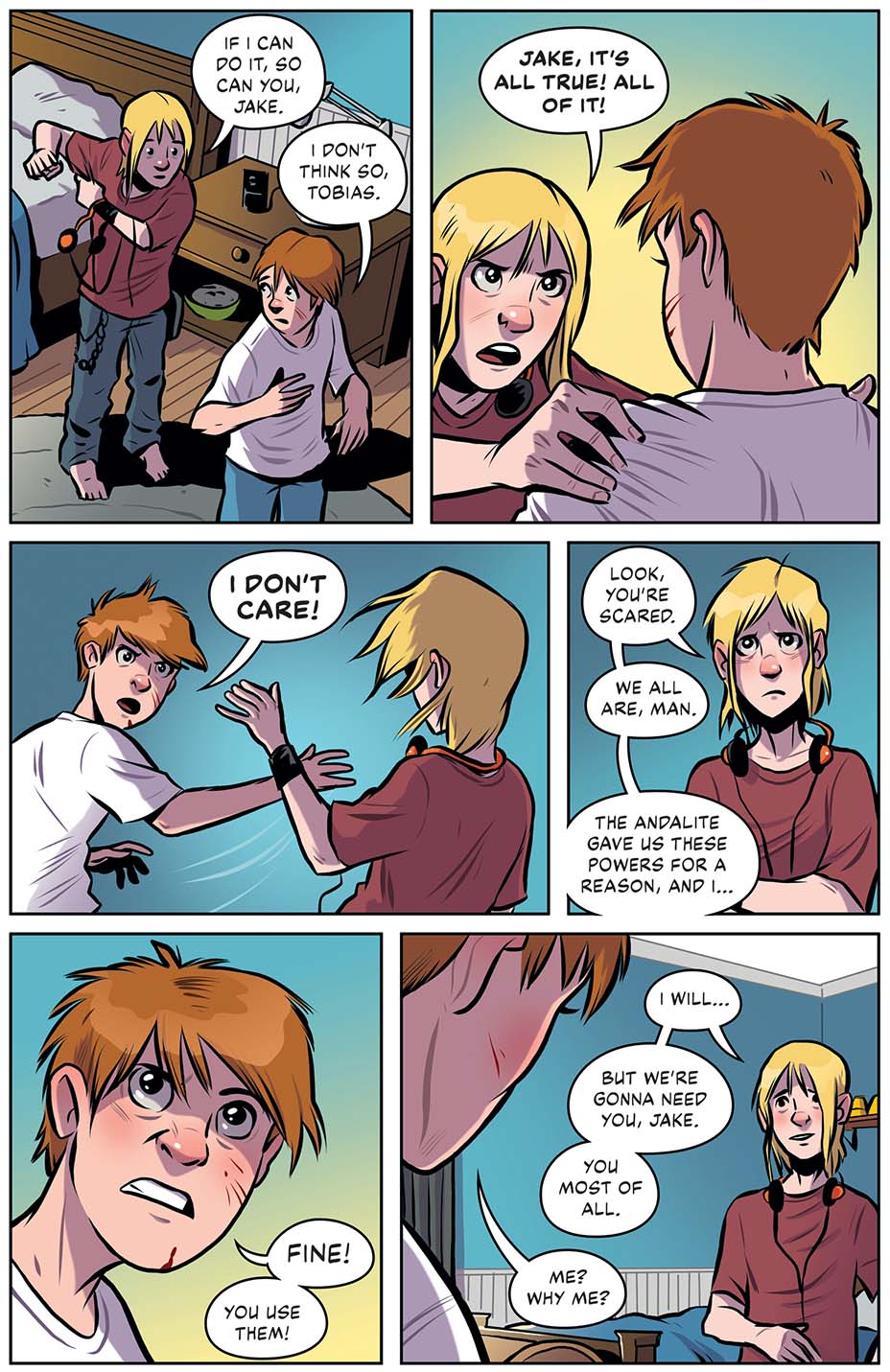 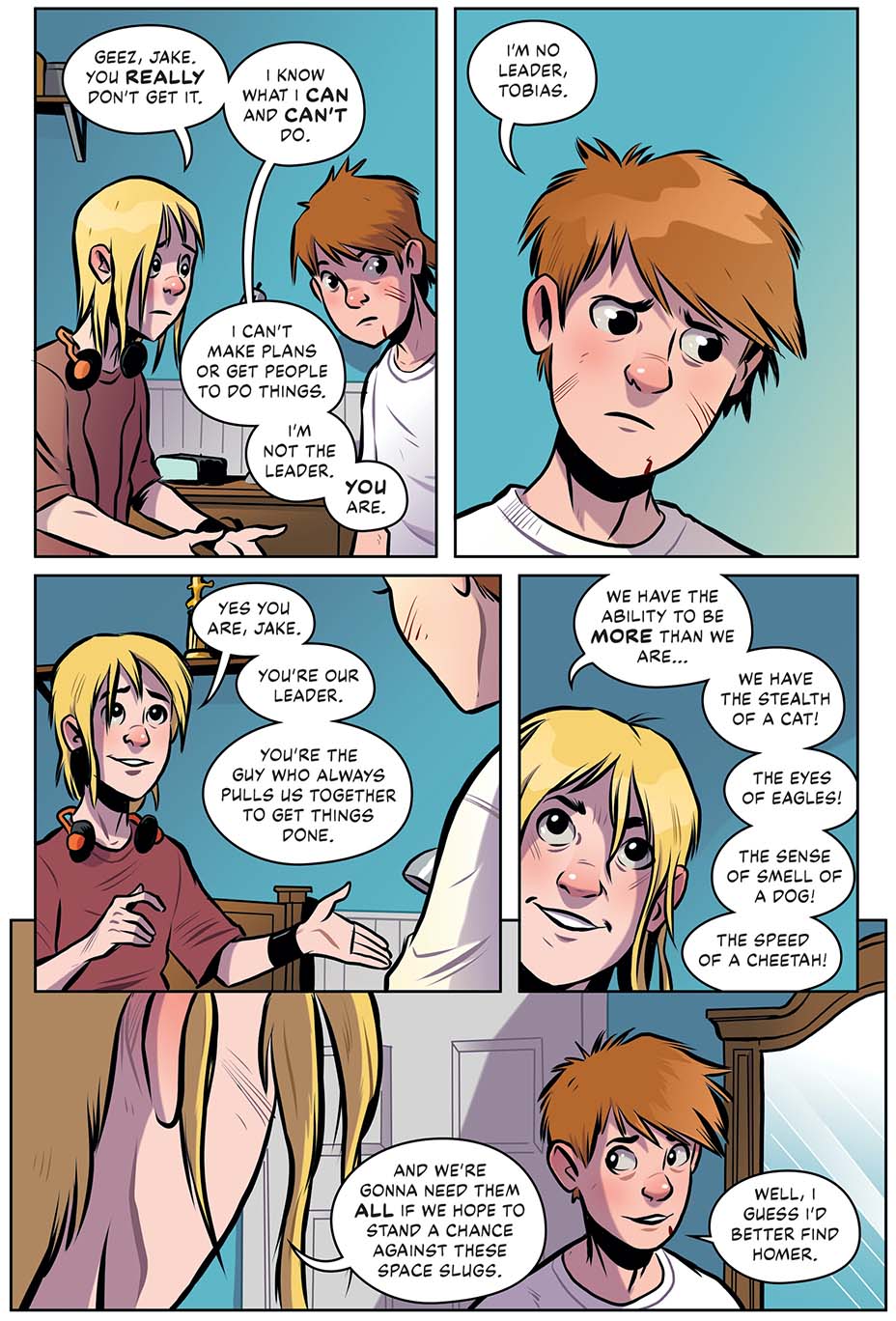 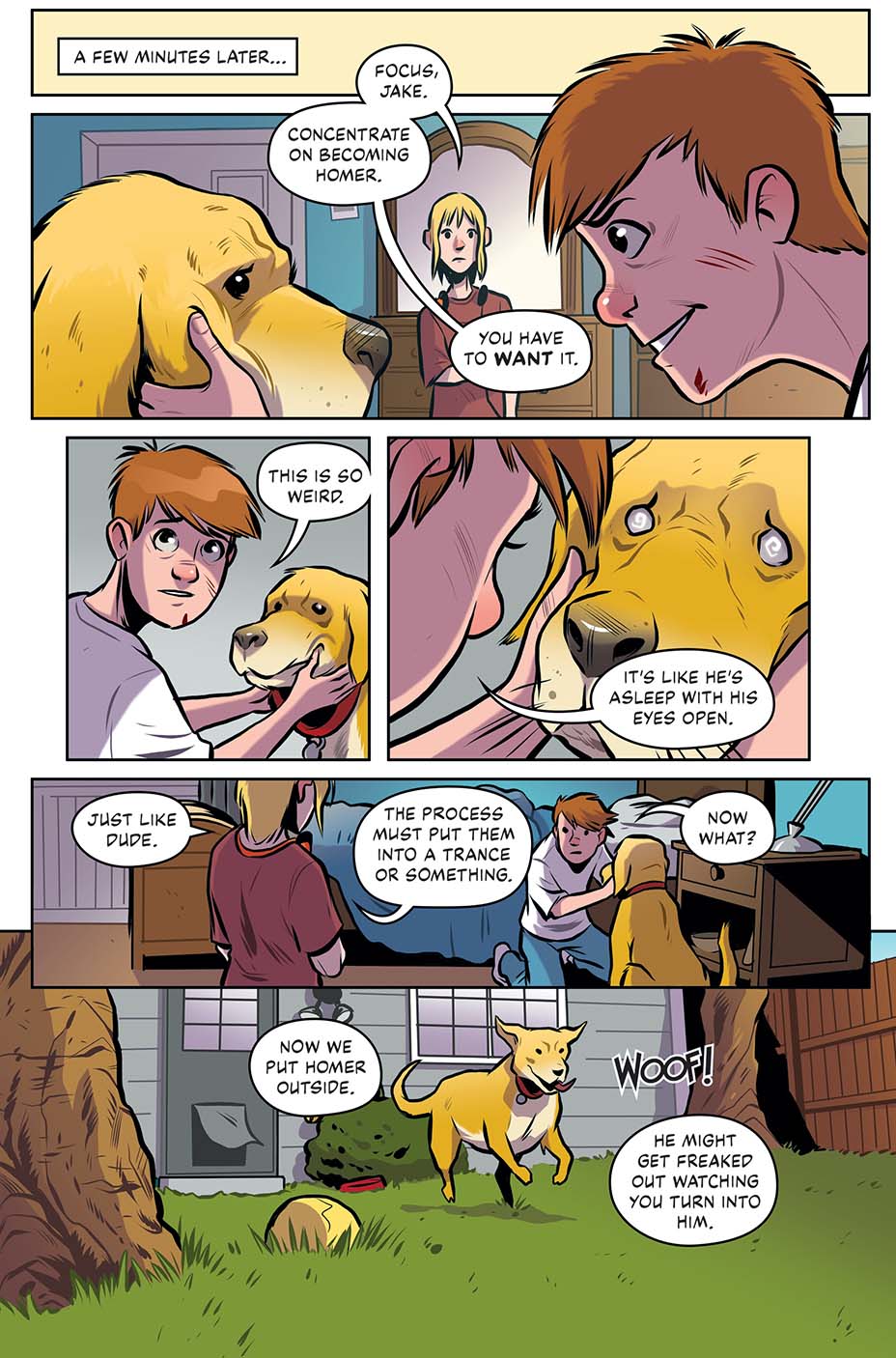 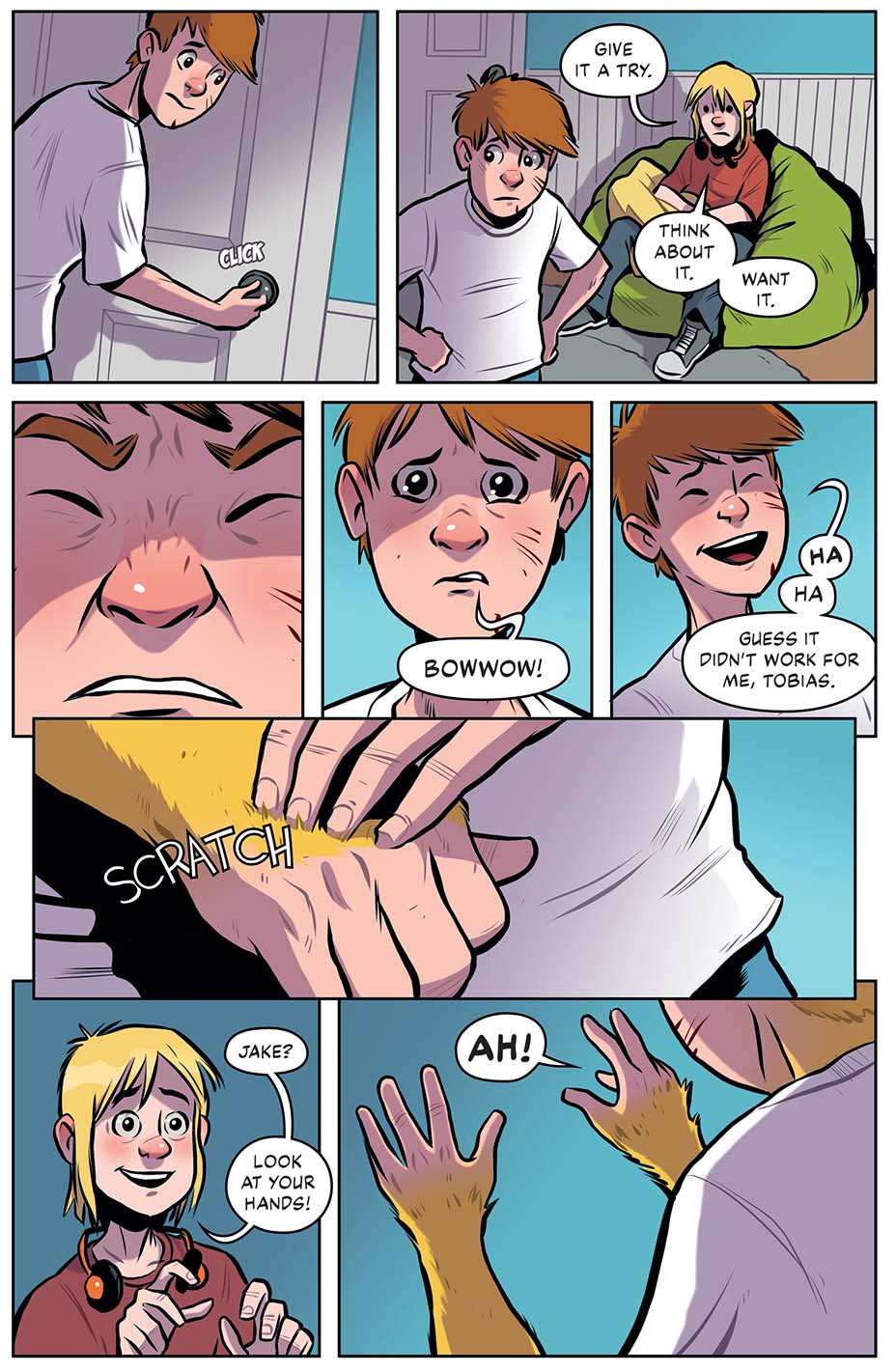 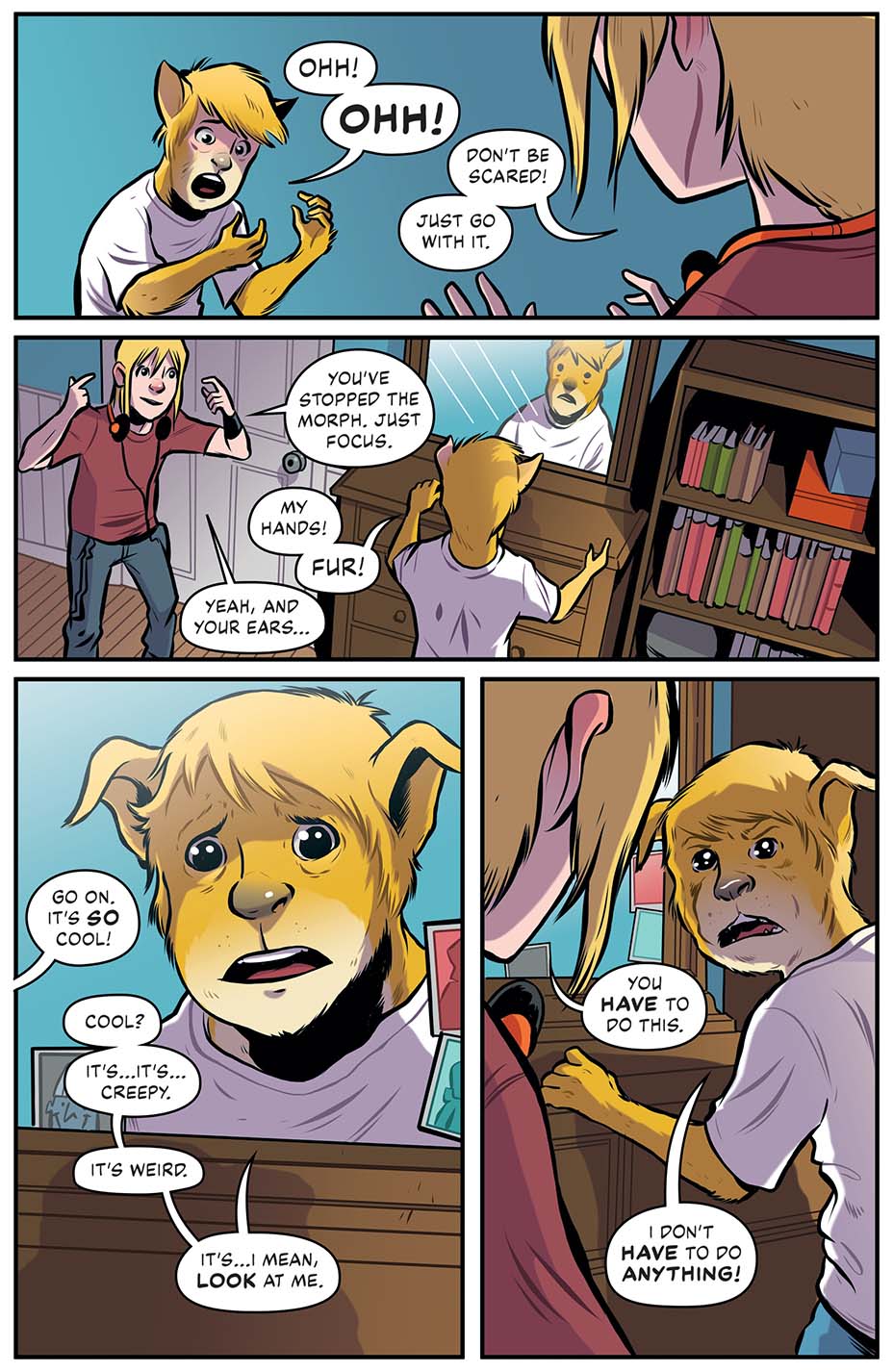 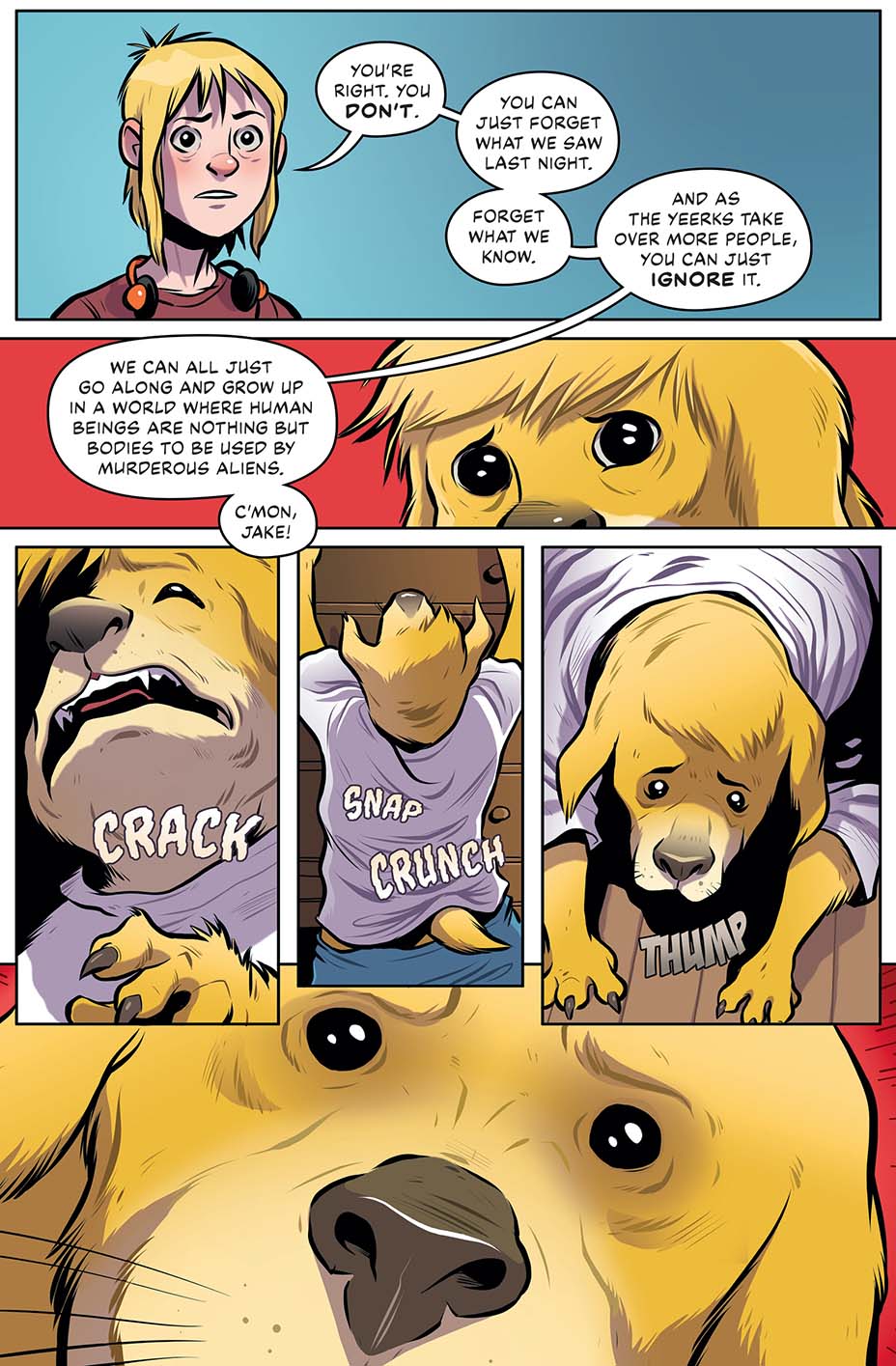 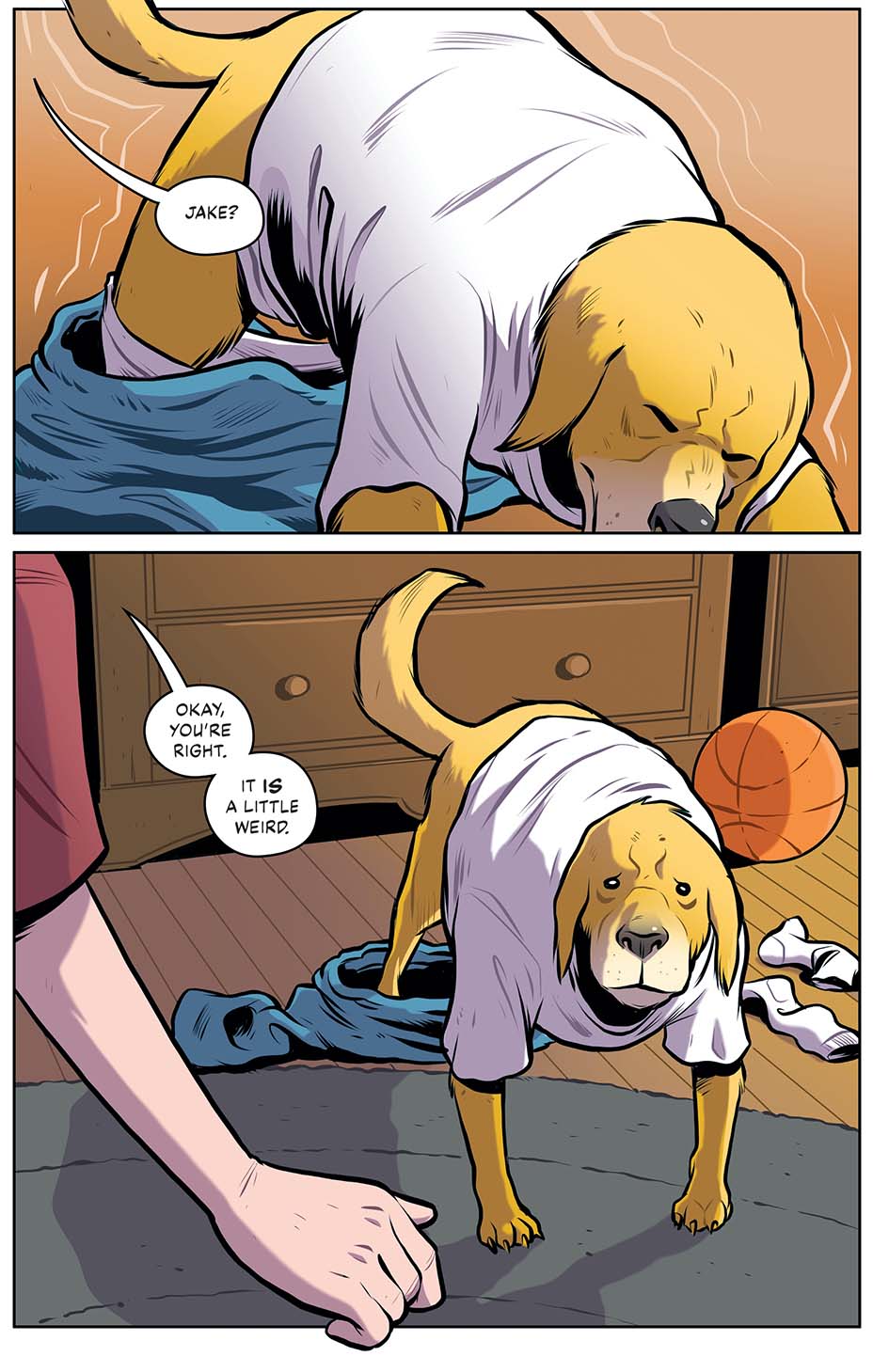