[This story contains spoilers for Bill & Ted Face the Music]

For longtime Bill & Ted fan Anthony Carrigan, joining the franchise came with a cost: wearing a forty-pound suit in the scorching New Orleans heat. It was a price he was happy to pay, as it helped him get into the mindset of  Dennis Caleb McCoy, a killer robot who is uncomfortable in his own body. Because he couldn’t feel a fan or air conditioning while in costume, Carrigan’s only respite was placing his hands in buckets of ice.

“It was brutal. It was really hard. And very demanding,” Carrigan tells The Hollywood Reporter of the costume. “The makeup process took a long time, but it was all worth it.”

Since 2018, Carrigan has appeared on HBO’s Barry as breakout character NoHo Hank, a criminal who also has a surprising sweetness to him. There’s a bit of that sweetness to Dennis Caleb McCoy as well, a time-traveling robot programmed to kill Bill (Alex Winter) and Ted (Keanu Reeves), but who really just wants to fit in and be part of the crew. Carrigan was encouraged to put his own stamp on the character when he boarded Bill & Ted Face the Music, directed by Dean Parisot and written by Chris Matheson and Ed Solomom.

“They kind of just tossed me the keys. ‘Here, have fun with it,’ which was equal parts exciting and terrifying,” recalls Carrigan. “I could really just play and start from scratch.” 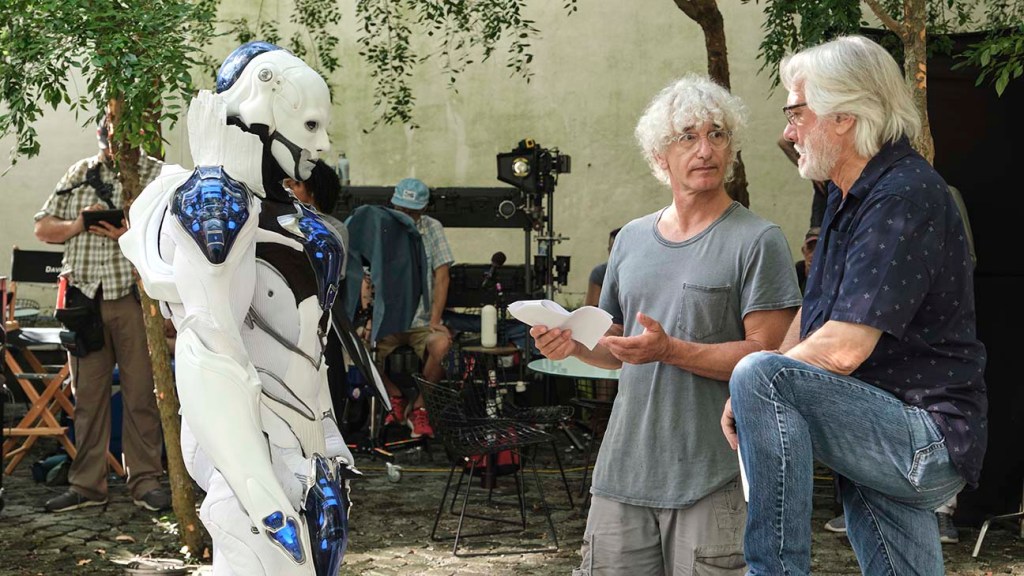 Carrigan admits he had some doubts when he got through the first makeup test and realized how uncomfortable the suit would be. But that discomfort ended up fueling him.

“I wasn’t expecting how much the discomfort of the suit and the contacts and fake teeth really helped me find this character,” Carrigan notes. “I kind of let that inform the character and I allowed it to be like, ‘Well, what if this character is uncomfortable in his body?’ All of a sudden it became very accessible and really helped me understand who this guy was.”

Though Carrigan has been praised for his ability to steal scenes in both Barry and now Bill & Ted, he doesn’t think in those terms.

“You never want to pull focus. It’s not a courteous thing to do. You ultimately want to all be of service to the same project and all elevating it as much as you can and lifting each other up as well,” says Carrigan. “I don’t really think of it as stealing scenes. I just like to get into something and live in it.” 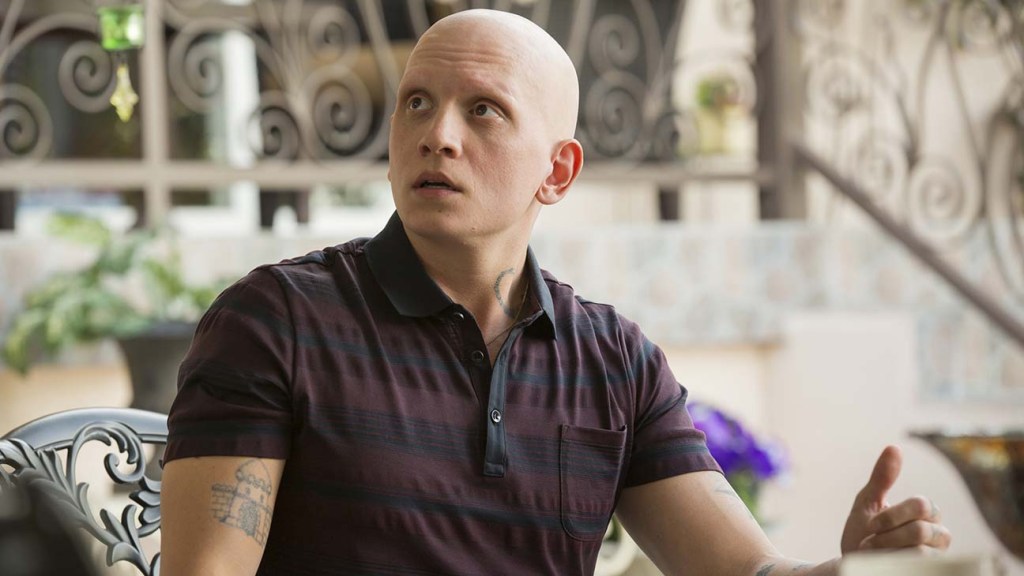 While COVID-19 has shut down Hollywood and delayed production on Barry season three, Carrigan is looking forward to resuming his work down the road, once it is safe to return to set.