How do you move on after Avengers: Endgame?

That’s the question audiences are asking after the climactic events of the film, which saw characters die or depart the Marvel Cinematic Universe. The first hints can be gleaned from Spider-Man: Far From Home, which opens in July and is set after the events of Endgame.

The trailer for Far From Home introduced fans to a character played by Jake Gyllenhaal who’s instantly recognizable to comic book fans as the notorious Spider-Man villain Mysterio. In the world of Far From Home, Mysterio isn’t a bad guy, though. He’s apparently one of the world’s heroes, and that offers an interesting insight into the future of heroics in the Marvel Cinematic Universe.

After the destruction, devastation and eventual restoration of the world of the MCU, reality as the inhabitants know it has been irrevocably changed. They are aware that aliens are real, superheroes exist, and that half of the Earth’s population were “vanished” for five years. They also know that somewhere there was a group of humans who were strong enough to battle the nigh-omnipotent being and bring all of the missing back to life. There’s no coming back from that, and in the face of the fallout it’s likely that there will be a mix of responses: inspiration, fear and — in the likely case of Mysterio — opportunism.

In the comics, Mysterio is a special effects genius who basically bamboozles the world into thinking that he has superpowers utilizing the skills he learned in his former job. It appears there’s a chance that in the film he may have the same background and simply be using his skills for good instead of evil, or at least to make himself appear heroic by staging crimes and accidents for him to save people from. Why would someone do that? Well, if you look at Tony Stark, who’s been the public face of superheroics for 15 years in their world, that’s a very profitable business model, which has seen him become a celebrity. (As Dr. Strange and Wong revealed in Infinity War, even the Hulk has an ice cream flavor named after him.) 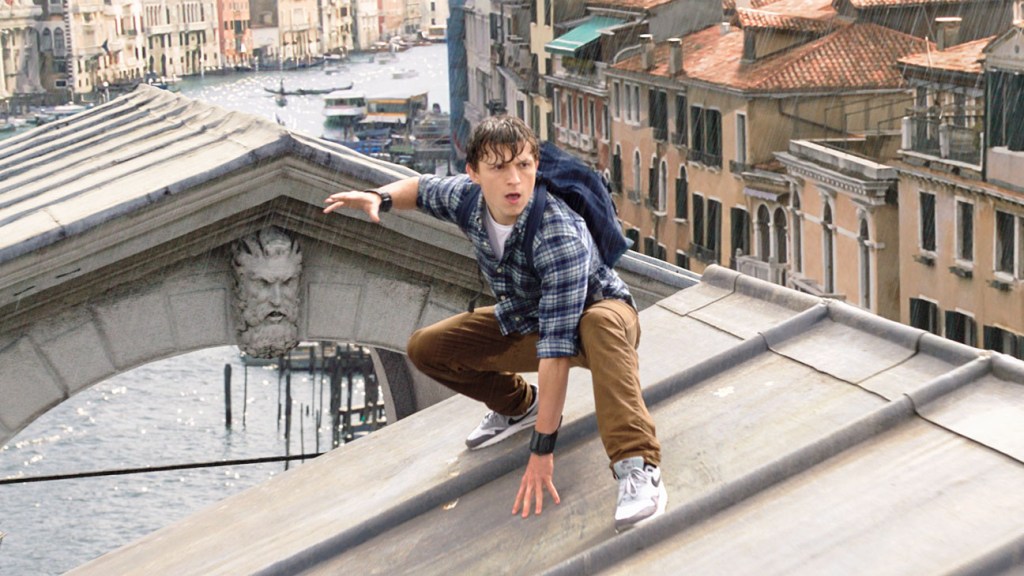 Other than the pursuit of fame and fortune, in a world where the Avengers have disassembled, there would probably be some new heroes inspired by their actions. Much of the talk about the future of the Marvel movies has centered around the Disney-Fox merger, which gives Marvel access to characters such as the Fantastic Four and X-Men for the first time. The dissolution of The Avengers would be the perfect reason for either of these iconic groups to make their MCU debut.

Much of the X-Men’s history, both onscreen and off, has been based around the idea that the team is in hiding, usually because of anti-mutant oppression and sentiment. If Marvel wanted to introduce Charles Xavier and his band of merry mutants, it would be really easy to reveal that they had in fact been secretly training in Xavier’s School for Gifted Youngsters but after the death of Tony the leader felt compelled to introduce his superteam to the world. Many of the X-Men roster already have deep comic book connections to members of the Avengers. Black Panther was once married to Storm, a powerful hero who can control the weather and was briefly an Avenger herself. Scarlet Witch is the daughter of the X-Men’s most famous foe, Magneto. And Carol Danvers, a longtime X-Men ally, once had her powers stolen by power-sucking teen Rogue in what was a key storyline for both characters.

After Fox’s disastrous Josh Trank-helmed Fantastic Four reboot, Marvel’s First Family has been in cinematic limbo. They’re some of the most well-known characters from the publisher’s roster and would be an exhilarating addition to the MCU. There are a couple of potential angles the studio could take, but the fact that the Avengers are gone and there’s a whole generation of kids who grew up with them means that this could be a prime time to introduce a younger iteration of the team who were inspired by the actions of the heroes who came before them. The other option, of course, is that Reed Richards is the mysterious buyer of Stark Tower which was sold in Spider-Man: Homecoming. The Fantastic Four is known for working out of their New York-based Baxter Building, which bears an uncanny resemblance to Tony’s tower.

Marvel has a slate of films in development, including a Black Panther sequel, Shang-Chi, a Black Widow solo movie, The Eternals, a Doctor Strange sequel and Guardians of the Galaxy Vol. 3.

There are plenty of other new heroes that this could introduce as well, such as Ms. Marvel/Kamala Khan or Riri Williams/Ironheart. So while the Avengers team of the MCU’s first decade has is over, the second decade is just getting started and holds promise that the greatest heroes are yet to come.