Awkwafina was on a plane when her publicist sent her a foreboding text, requesting a call with her whole team as soon as she hit the ground. “I was like, ‘Oh my God, what did I do?’ Was it some surveillance video or like a sex tape or something, a horrible sex tape that no one even wants to watch?” Nope. The news that couldn’t wait was that she’d been invited to host Saturday Night Live.

Awkwafina became the second Asian woman to host the show, and only the fifth Asian to host, ever. The significance wasn’t lost on the actress, who, in her Oct. 6 opening monologue, revealed that when she was a kid, she stood outside of 30 Rockefeller Plaza the night that Lucy Liu hosted, 18 years earlier. “I love Lucy Liu. I was obsessed with Charlie’s Angels,” says the 29-year-old. “To see an Asian-American on there back in 2000 was quite moving, and to be there and to know that I was the second — it was incredible.”

The longtime New Yorker described herself on SNL as “your average Asian trumpet player turned rapper turned actress.” But there’s nothing average about Nora Lum’s (her given name) trajectory to stardom, which capped this year with breakout turns in back-to-back studio films — Ocean’s Eight and Crazy Rich Asians. And it all started with a viral video about vaginas.

Lum, who is of Chinese and Korean descent, was raised in Queens by her father and paternal grandmother; her mother died when she was 4. She earned a spot at LaGuardia High (of Fame fame) for playing the trumpet (“All these trumpet players were going in playing like classical ballads. I played a Beatles song”), and started producing music as a hobby, choosing a stage name inspired by her self-described awkwardness and creating raps in her spare time.

“When I produced music, that was the happiest and the most fulfilled that I ever was, but so much so that it was, like, a straight-up fantasy,” she says. “It didn’t seem like it could ever materialize into real life — and I knew that.”

After studying journalism at SUNY Albany, she landed a job as a PR assistant. “I felt like I had to fit into a mold,” she says, adding that she took on odd jobs to make ends meet. “I worked at a law library, a bodega, just random jobs.” But she never dropped the side hustle, and in 2013 she made a low-budget video for her rap “My Vag” (“My vag a chrome Range Rover / Your vag hatchback, ’81 Toyota”).

When the video surfaced at work, she was fired on the spot. “That was the worst day of my life because it signified my last effort at a life that I knew completely wasn’t me,” says Lum. “You can’t put out a video like ‘My Vag’ and then also have a 401(k) — like, it doesn’t work.”

The video didn’t go viral immediately (it now has 3.7 million views on YouTube), but it was quickly embraced as an alt-feminist anthem and eventually led to more work, like hosting internet talk show The Tawk and a role in Neighbors 2 (after Seth Rogen saw “My Vag”). Her director in 2018 indie Dude, Olivia Milch, recommended Awkwafina for Ocean’s (Milch co-wrote the film). And when Jon M. Chu was pitching himself as the director of Crazy Rich Asians, Awkwafina was high on his dream cast list (although she still had to audition).

“As soon as that wig was on her head, her body language changed, her voice changed, she became a new person,” says Chu of her colorful take on the film’s eccentric best friend Peik Lin (legions of fans dressed up as the dog-pajama-wearing blonde for Halloween). “And she seemed very comfortable as that person ad libbing, being very present, listening to the characters in the scenes. Nora has amazing instincts.” 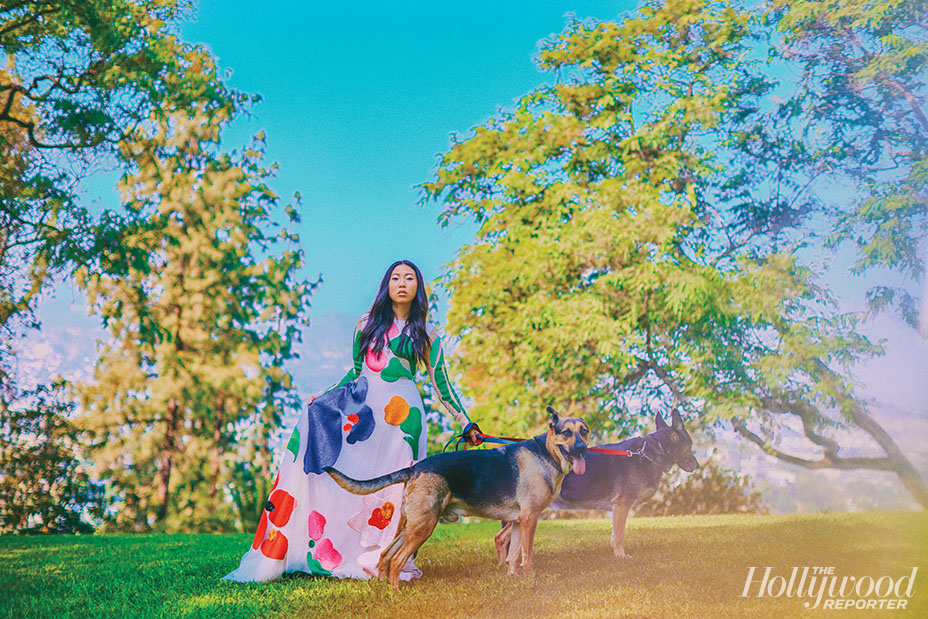 Crazy Rich Asians, which has earned $235 million worldwide to date (with a China release still to come) to become the highest-grossing romantic comedy in 10 years, has opened up doors for Awkwafina that she wasn’t sure would ever be open, as an Asian American. “Right now the industry is headed in a direction that is very, very positive, and I think that the reason why I’m working is a literal result of that,” she says. “This might sound weird, but I think that I was looking for someone like me when I was little, just to feel less alone.”

She’s booked several other high-profile roles since, including an untitled film helmed by Lulu Wang, which shot in China, fantasy drama Paradise Hills opposite Emma Roberts, and she’ll reunite with Crazy Rich Asians star (and Asian icon) Michelle Yeoh for the next film from the directors behind Swiss Army Man. On Nov. 4, she hosted the Hollywood Film Awards, a gig James Corden had last year.

Awkwafina now finds herself in the multiplatform swirl of fast-growing fame: She’s inked several brand partnerships, appearing in ads for clothing line Modcloth and Google Assistant, and the lifelong New Yorker, who’s in a relationship, moved to L.A. in October. She’d like to make more music (she released solo album Yellow Ranger in 2014), but “I want to make sure that if I do continue to put out music that it’s done right,” she says. “I have to find out who I am now.”

It’s when she’s playing a character like Peik Lin that the bold, fearless “Awkwafina” comes out most — much of her Asians performance was improv. When the cameras are off, a quieter, more private Nora emerges. “I used her in the beginning to draw confidence because Nora did not have confidence like Awkwafina did,” says Lum, who often speaks of Awkwafina in the third person. “When I’m not on, I’m very in my head, very anxious, constantly worrying about shit. She’s kind of a lifesaver.” 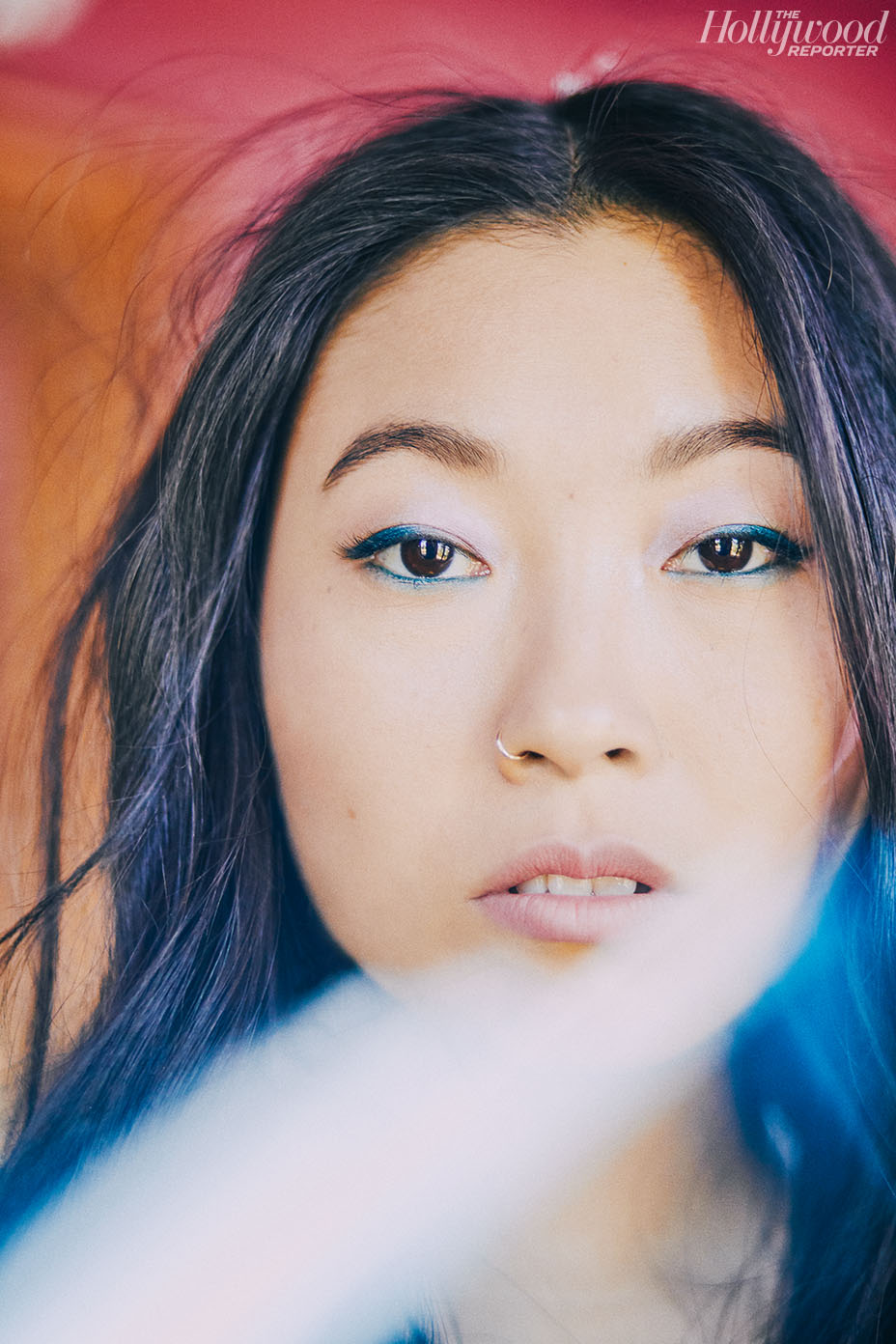 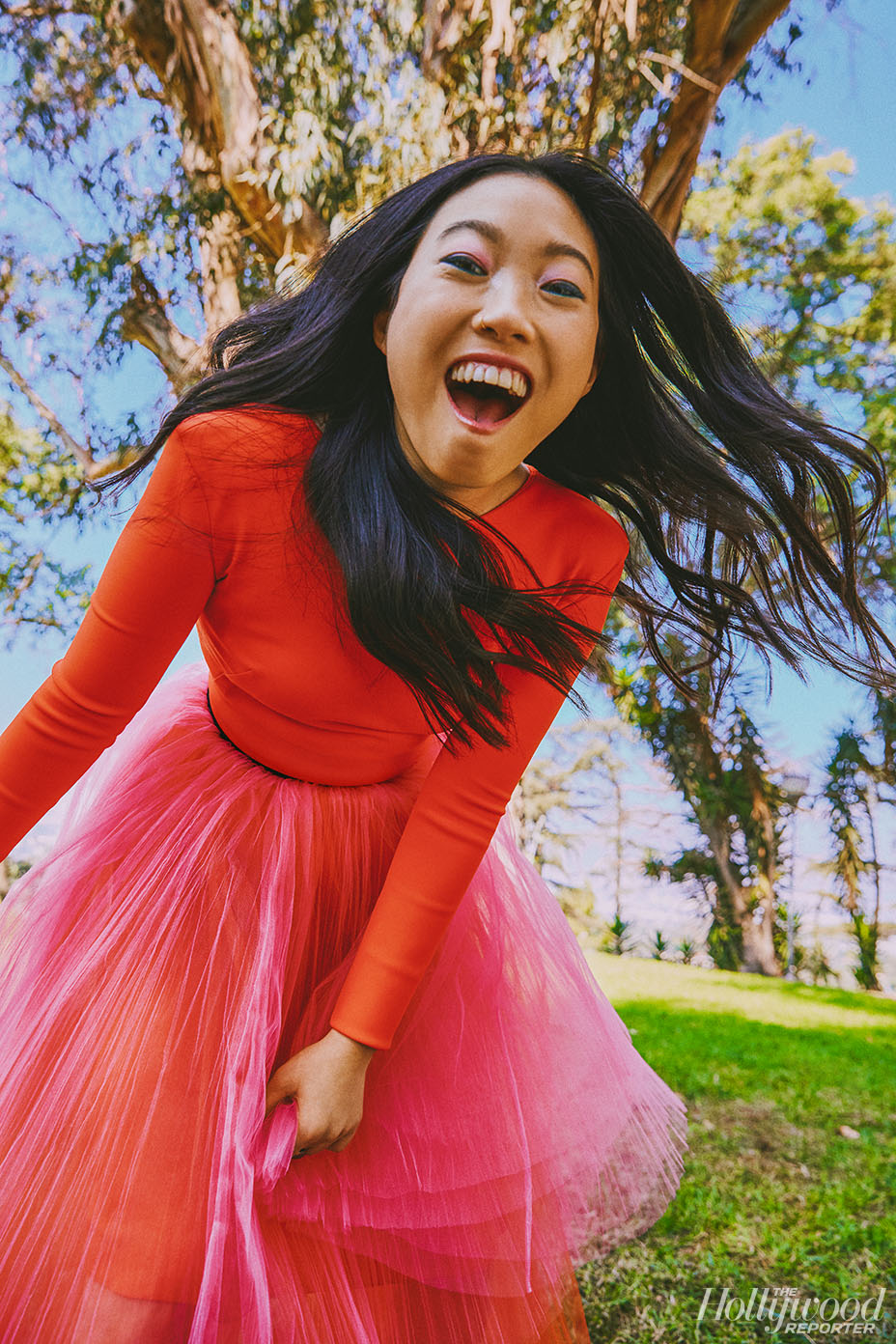 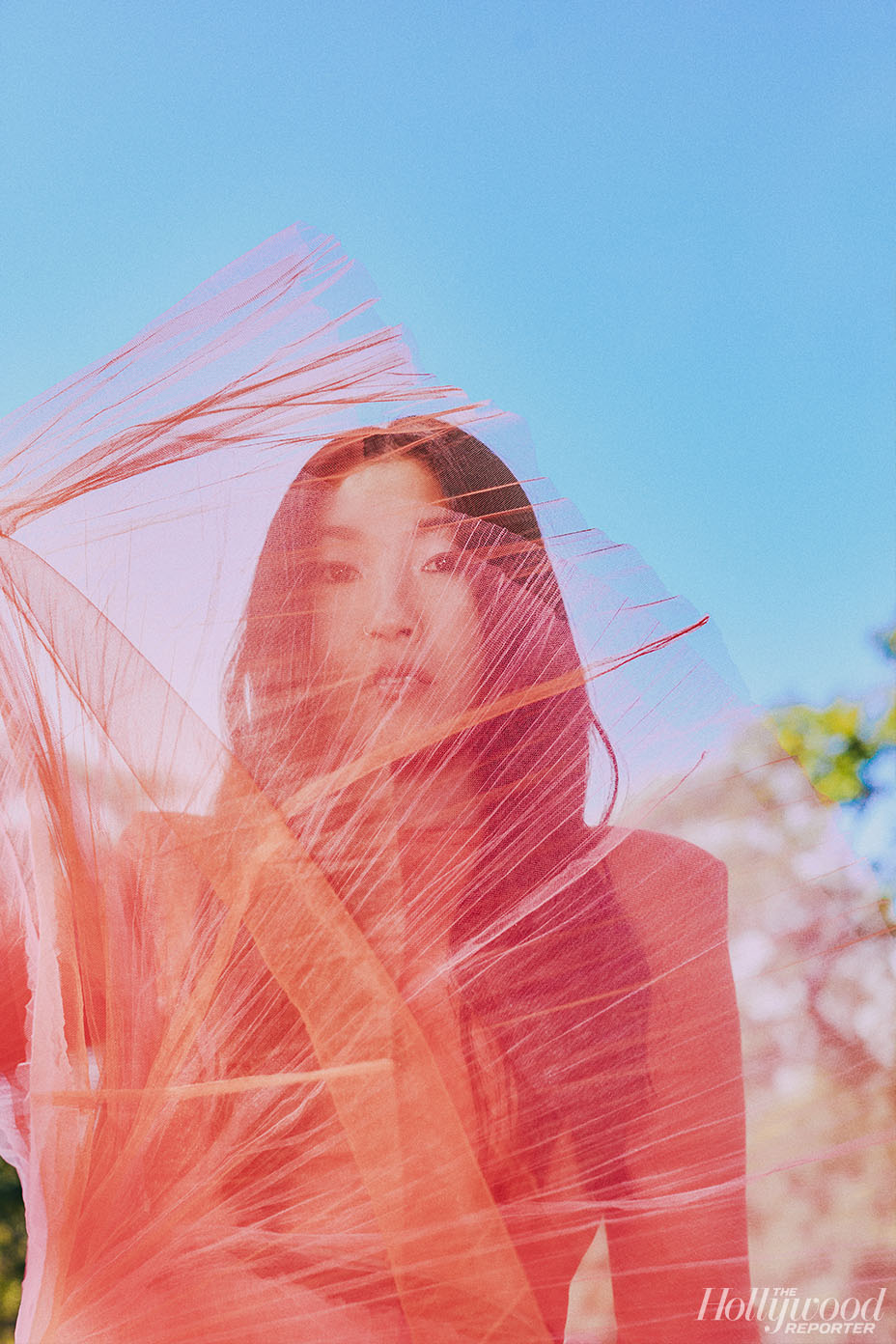 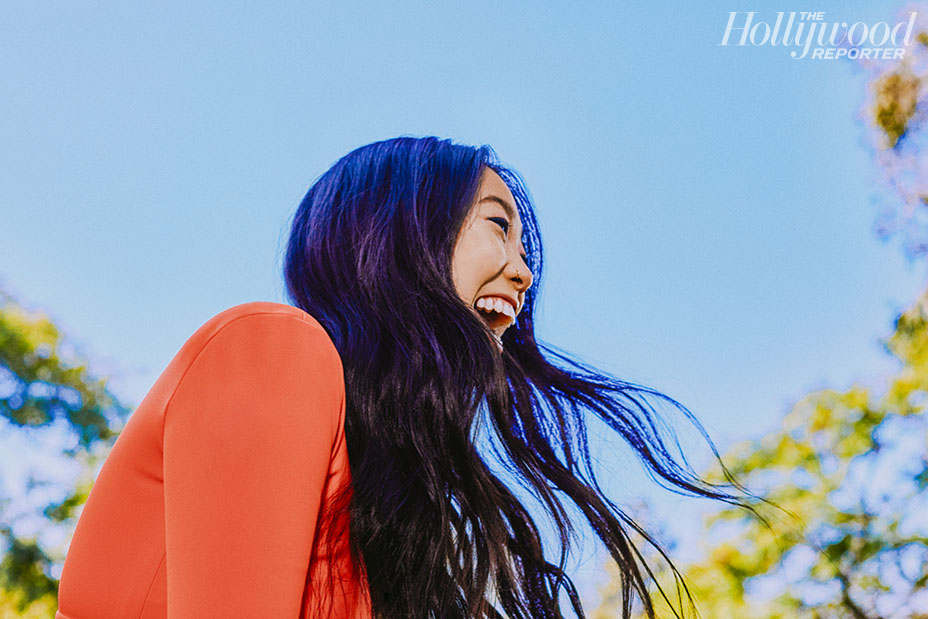 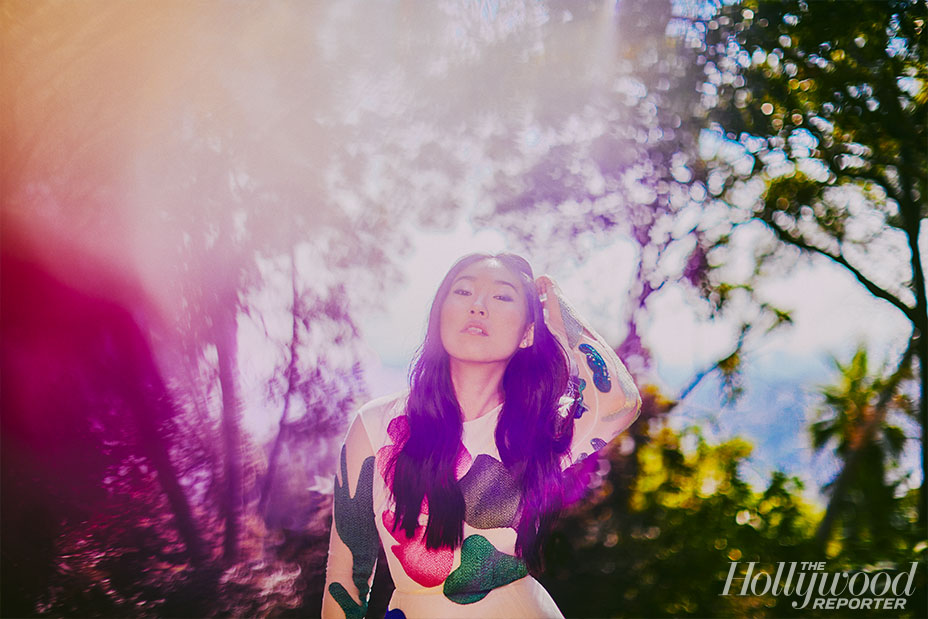 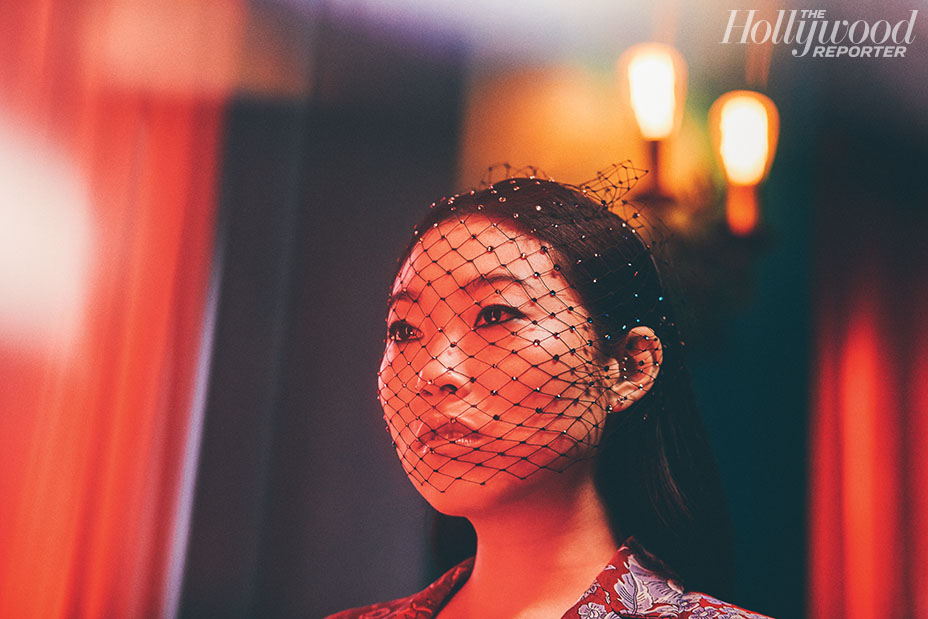 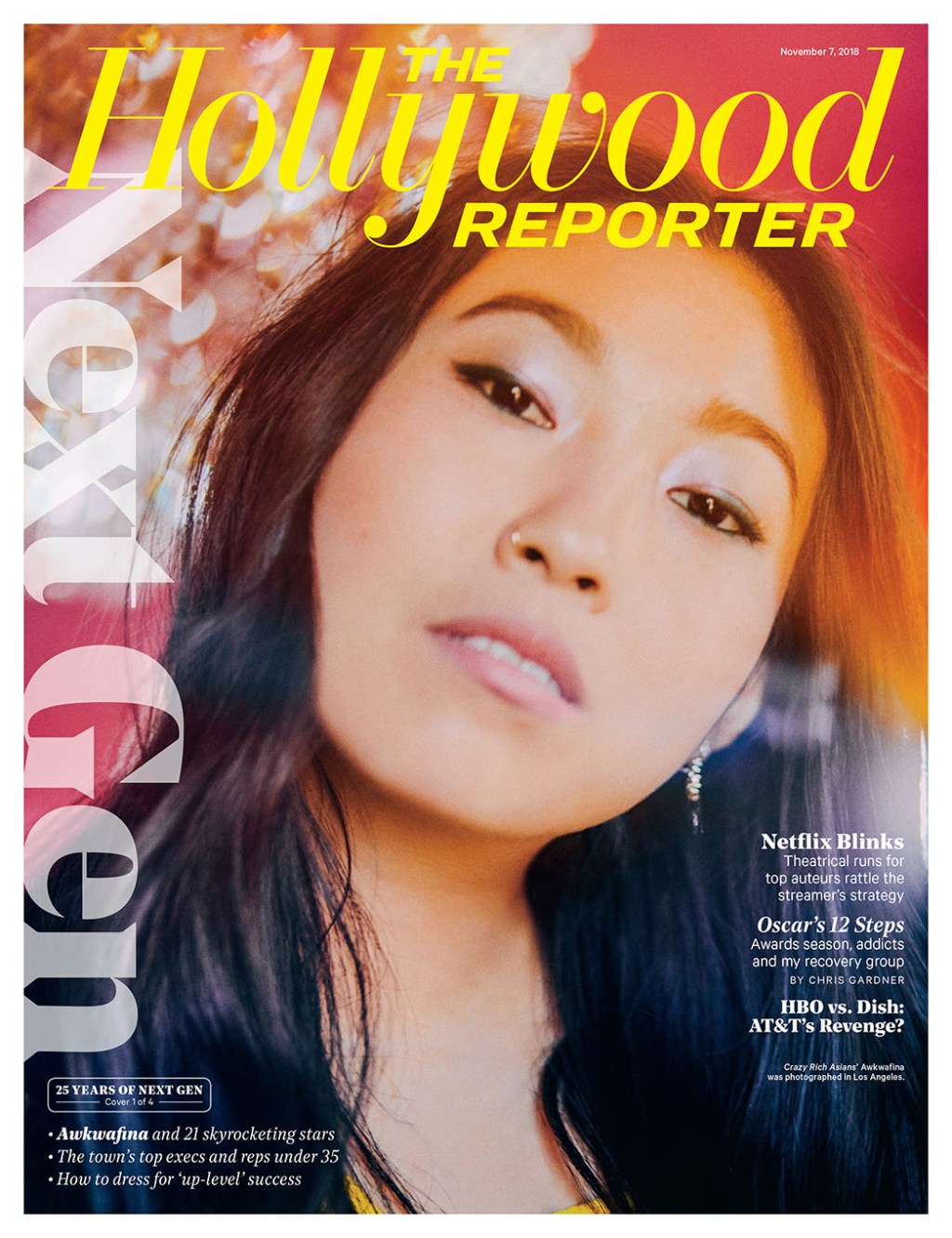