[This story contains spoilers for Birds of Prey]

Birds of Prey is a comic book film that is quietly yet profoundly different, not in the story it shares but in how it is told. From director Cathy Yan, screenwriter Christina Hodson and star and producer Margot Robbie, Birds of Prey is one of the more cognizant and thorough deconstructions of the male gaze to hit recent mainstream cinema, particularly as it relates to the superhero genre.

Both films and comic books have a long history of being dominated by the male gaze, a term coined by film theorist Laura Mulvey in the 1975 essay “Visual Pleasure and Narrative Cinema” to describe how the male viewpoint in cinematic storytelling, both behind the camera and onscreen, directly correlates to the consistent objectification of female characters. Birds of Prey acknowledges the existence of this gaze and adamantly rejects it, providing an entertaining but still thoughtful alternative. Female authorship is prominently and proudly on display in the film, both in how it was made and in the evolution of Harley’s character.

The plot of Birds of Prey isn’t necessarily innovative — scheming crime boss Roman Sionis (Ewan McGregor) seeks a special diamond, teenage pickpocket Cassandra Cain (Ella Jay Basco) pinches it off one of his goons in transit, a manhunt ensues, the newly single Harley Quinn (Margot Robbie) gets tangled up in the mess. It’s colorful fun with minimal substance, like a blast of confetti in story form. But when viewed as commentary on agency and the nature of authorship, Birds of Prey is something far more remarkable.

While prior female-helmed, female-led superhero films — namely, Patty Jenkins’ Wonder Woman and Captain Marvel (co-directed by Anna Boden and Ryan Fleck) — have already said a good deal on the subject, none have been so thorough in their deconstruction of the components that contribute to the male gaze. Birds of Prey is refreshingly aware of its identity as a story from a lineage and being told in a medium that has overwhelmingly, intentionally or otherwise, objectified women, and engages directly with that troubled history.

It is in the subtle, thoughtful details reinforcing the concept of Harley’s self-ownership throughout Birds of Prey that ultimately speak the loudest. The film puts its money where its mouth is in ways that reverberate through all aspects of production, from the sets to the costumes to the cinematography. It is not merely a story about Harley, but hers to tell, not muse but author. This authorship is present in the film’s full title, with (And the Fantabulous Emancipation of One Harley Quinn) scrawled in what is clearly supposed to be her own handwriting. It is pervasive in the telling, in her character narrating the film, in the gleeful scrambling continuity, jumping back and forth, starting and stopping. And the villain Harley has to outwit? A crime lord who lives in an apartment where the wallpaper is patterned with bound, naked women in repose. 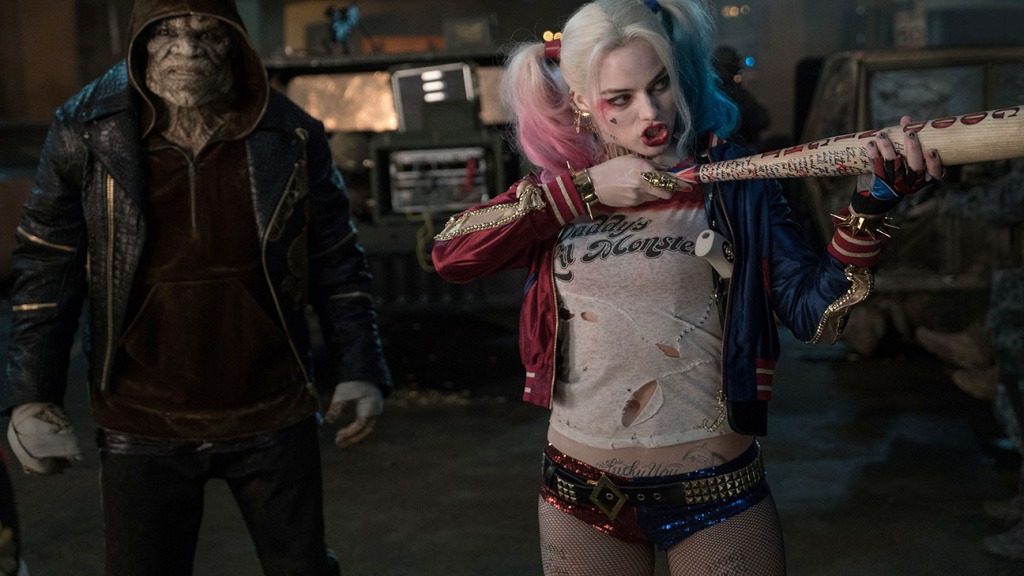 The single most telling example of Birds of Prey’s consideration on this front boils down to a tale of two shirts. In Suicide Squad, Harley Quinn’s main look features a red-accented baseball tee with “Daddy’s Lil Monster” stamped across the chest. The shirt debuts in a long leer across Harley’s body as she strips down in front of an overwhelmingly male crowd in order to put on the item of clothing; an outfit and a performance designed with the fantasies of a specific sort of viewer in mind, first and foremost, as opposed to the character actually wearing it. Harley’s basic aesthetic in Birds of Prey is consistent—shorts, t-shirts, heavy makeup—but the details and the subtext of director Cathy Yan’s installment could not be more different than Suicide Squad filmmaker David Ayer’s. For most of the film Harley wears a loose-fitting t-shirt patterned with her own name—all caps, bolded font. She is her own. 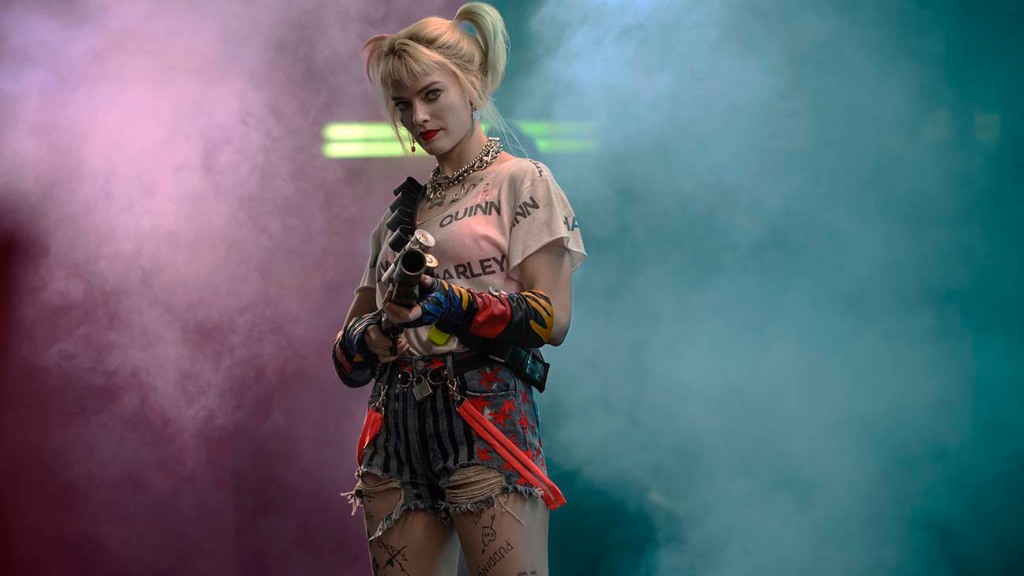 In Birds of Prey, as opposed to Suicide Squad, the camera follows what Harley is doing, not how good her ass looks in the process. When these two variables are at odds in the earlier film, the latter consideration consistently wins out. One need look no further a scene from a Suicide Squad trailer. There’s a moment where Harley steals a purse from a busted window display. You can barely make out what the accessory looks like because it’s out of focus. The purse might be what her character cares about in that moment,  but the shot cares about the figure she cuts when she bends over in leather booty shorts. That is what is in focus, front and center. That’s what the film is saying matters.

When you’re a girl growing up caring about superhero movies and you see girls and women in those films treated in this fashion, it leaves a profound impression. It is not the existence of this gaze that does the damage but seeing it in constant repetition.

The point is not that straight men should not be allowed to fantasize or that all the male gaze-laden comic book films of yore — and all those undoubtedly yet to come — should be burned in ceremonial pyres. The “Daddy’s Lil Monster” shirt makes a cameo in Birds of Prey; Harley insists on keeping it. For sentimental reasons, she says. That shirt and all it represents do not need to be destroyed. It can be kept and even recalled fondly. The point is that there needs to be room at the table for everybody else. The superhero genre has privileged one specific gaze for a long time, but these stories appeal to and owe their success to audiences spanning every demographic under the sun, and that deserves to be better reflected in who gets to tell them.