Marvel Studios’ sequel to Captain Marvel (2019) has landed a director and she’s coming in hot! Nia DaCosta, who helmed the neo-Western Little Woods and the upcoming Candyman, will take the reins of Carol Danvers’ (Brie Larson) story for the sequel currently set for release on July 8, 2022.

Depending on when Ava DuVernay’s DC movie, New Gods, opens, DaCosta may become the first black woman to helm a major theatrical superhero movie. Her joining the ranks of MCU directors speaks further to Marvel Studios’ commitment to inclusivity following the conclusion of the Infinity Saga with Avengers: Endgame (2019). DaCosta joins newcomers Cate Shortland (Black Widow), Chloe Zhao (Eternals), Destin Daniel Cretton (Shang-Chi and the Legend of the Ten Rings) and returning directors Taika Waititi (Thor: Love and Thunder) and Ryan Coogler (Black Panther II) as filmmakers whose hiring promises a departure from Marvel Studios’ existing filmography, which has largely been dominated by white, male directors. Based on Little Woods, and what’s been seen from her highly anticipated Candyman remake, DaCosta’s take on Captain Marvel 2 doesn’t just hold the potential to bring a dynamic new energy behind the camera, but onscreen as well.

Captain Marvel, directed by Anna Boden and Ryan Fleck, grossed $1.1 billion worldwide last year, making it the highest-grossing female-led superhero movie and launching a new franchise for Marvel Studios just as several others reached their conclusions. It came as a surprise to some when the team behind the first film decided not to return for the sequel, though The Hollywood Reporter reported in January that Fleck and Boden are looking to remain involved in the Marvel Cinematic Universe, possibly through a Disney+ series. It’s the expansion of the Marvel Cinematic Universe through Disney+ that appears to be laying the groundwork for Carol Danvers’ next adventure. Scripting the sequel is Megan McDonnell, a writer on the upcoming MCU Disney+ series WandaVision. Beyond focusing on former Avengers Scarlet Witch (Elizabeth Olsen) and Vision (Paul Bettany), WandaVision also features the return of Monica Rambeau, last seen in the ’90s-set Captain Marvel, where she was played by Akira Akbar, now portrayed by Teyonah Parris in the contemporary MCU.

There’s little doubt that Parris, who plays one of the leads in DaCosta’s Candyman, will have a significant role in Captain Marvel 2. While Carol Danvers, under her Ms. Marvel guise, predates Monica Rambeau’s comic book appearance, Monica was the first woman to take the name Captain Marvel. Last year, before Parris’ casting in WandaVision, I speculated on what role Monica could play in the MCU given her comic book history and later heroic roles as Pulsar and Spectrum. One of the highlights on the first film was Carol’s relationship with her best friend, and Monica’s mother, Maria Rambeau (Lashana Lynch). This exploration of female friendship and sisterhood certainly seems like something that could be at the forefront of Captain Marvel 2. Based on DaCosta’s work as a director, and her active Twitter profile, she seems like filmmaker who enjoys challenging preconceived notions about the relationship between characters and the lore behind stories. This could pave the way for a fascinating exploration of Carol and Monica’s relationship, with the film giving both characters an equal spotlight. 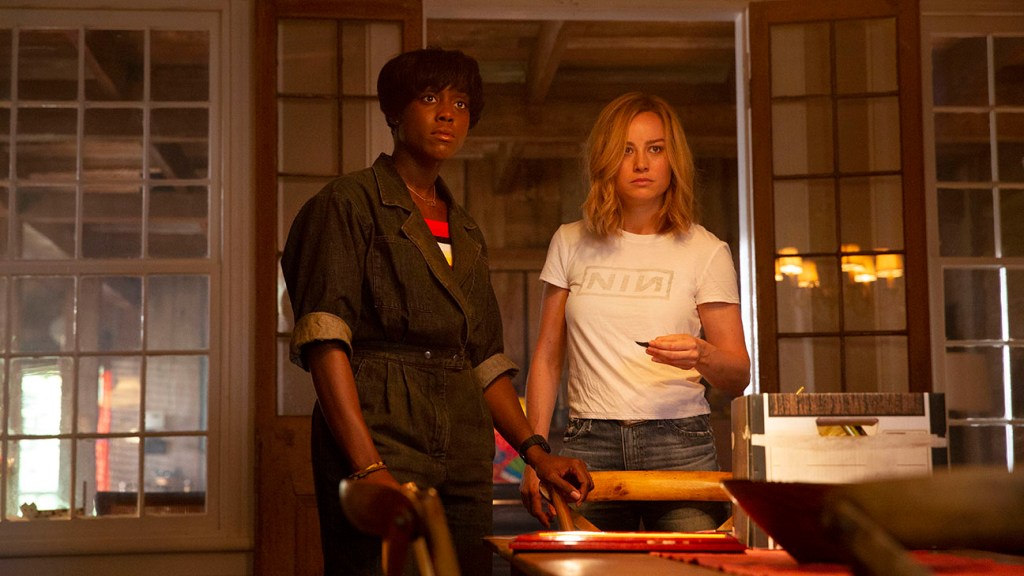 Those familiar with Kelly Sue DeConnick’s celebrated run on Captain Marvel, which laid the groundwork for the character’s film appearance, may remember that Carol’s friendship with Monica isn’t without its competitive challenges, especially when it pertains to the name Captain Marvel. Assuming Monica receives powers of her own, either in WandaVision or Captain Marvel 2, it’ll be interesting to see how that changes her relationship with Carol, who was essentially an aunt to her as a child. Given Carol’s appearance in Endgame, and the fact that she’s spent years away from Earth, while simultaneously not being effected by aging due to her Kree DNA, it’s hard to imagine that Monica would view Carol with the same wide-eyed innocence she did as a child. And the awareness that a black woman has about her place in America in the ’90s, versus her place as a black woman in present-day America, would have a major impact on her perspective of heroism. The fact that Carol, one of the most powerful beings in the universe, is a woman, and she chose to leave Earth, even under the best intentions, feels like a choice that needs to be challenged from the point of view of a black woman. DaCosta has a lens into this universe that no other Marvel director before her has had, and given Brie Larson’s commitment to lifting up the voices of black women, Captain Marvel 2 has a chance to explore a subject that no other superhero movie has been able to do before.

Beyond the relationship between Carol and Monica, or perhaps mirrored by it, is the ongoing conflict between the Kree and Skrulls. While it’s entirely possible DaCosta’s sequel won’t lean heavily into this story, one that could perhaps be saved for a Secret Invasion-inspired New Avengers movie, there is a very obvious consideration of race relations that could be explored. Alternatively, many fans are hoping that the eventual X-Man, Rogue, will be the central antagonist in the sequel given her debut as the Avengers villain who stole Carol’s powers and memories before she turned over a new leaf. While this would be a logical way to introduce mutants into the MCU, there’s also the interesting angle of a woman who steals power that could further complicate Carol and Monica’s relationship and consideration of what it means to be an Earth-born hero with universe-altering powers.

DaCosta’s interest in the responsibilities that come attached to family, and with the stories we tell about each other, could be critical elements in furthering Carol and Monica’s place in the MCU. This, along with her enthusiasm for video games (Skyrim and The Last of Us Part II have recently been highlighted on her Twitter account) point to a sequel that might deliver as much introspection on being the most powerful superhero as it does spectacle. With Nia DaCosta at the helm, Captain Marvel has a chance to fly higher, further, and faster.

How 'Captain Marvel' Sets Up a Hero's Future