When it comes to disabled representation in cinema, the majority of films go for the “based on a true story” angle. This can mitigate criticism against the character’s portrayal, because they are based on real people, while giving audiences the same moral takeaway of what disabled life is like; the able-bodied audience is inspired by them and, hopefully, live their lives better than these poor, tortured souls.

This is why, as a viewer with a physical disability, I was perplexed by Disney’s Christopher Robin missing the opportunity to draw inspiration from a real-life person with a disability for its story.

Christopher Robin tells a fictional story about Christopher Robin (Ewan McGregor), a character inspired by the son of Winnie the Pooh creator A.A. Milne, who wrote his son into the original Pooh stories. Now a grown man, Christopher Robin reconnects with Pooh and the gang in a movie that combines elements of Hook, The Man Who Invented Christmas and Disney’s own Saving Mr. Banks. The movie also introduces audiences to Christopher Robin’s daughter, Madeline (Bronte Carmichael), a precocious little girl forced to study all day to make her father happy.

If you’re prepping to look up Madeline Milne, you won’t find her. The character is actually a revised interpretation of Christopher Robin Milne’s real daughter, Clare — a fascinating woman born with cerebral palsy. She used the funds from the publication of Winnie the Pooh to found the Clare Milne Trust, a philanthropic organization that helps people with disabilities in England. Clare Milne died in 2012, all the while keeping the legacy of her father, the original Christopher Robin, alive. Clare Milne lived successfully with cerebral palsy and was in support of Disney’s ownership of the Pooh property.

Why then did Disney not include her in the new film’s narrative? It’s true, Christopher Robin is a fantastical story that posits Winnie the Pooh and crew were real, and that Christopher Robin and his family actually interacted with them. But, with just 2.5 percent of 2017’s speaking characters in movies being depicted with a disability, drawing inspiration from Claire Milne could have been a step forward.

Movies about disabled women are rare, particularly if those disabilities are physical. While men are presented as masculine despite their condition, the same doesn’t apply to women. Disability isn’t pretty, and thus movies tend to shy away from the topic when it comes to women entirely. But it is hard knowing about Clare Milne and then seeing a movie where Christopher Robin declares that her “happiness” means everything. Why not keep Madeline disabled, like her real-life counterpart, and explore how happiness can be mitigated if one has cerebral palsy? If Hollywood thinks about disability strictly in empathetic terms, this would make Christopher Robin more likeable.

Or is it that a Madeline with a disability would have limited the third act? The plot sees the little girl getting involved with Winnie the Pooh and his friends, going on a jaunt through London to help get important work papers to Christopher Robin. It’s definitely hard navigating 1949 London in a wheelchair. It’s not an impossible revision, it’s just not narratively thrilling to deal with real-world issues in this context. Perhaps Clare Milne isn’t narratively exciting enough for the movie. Her disability is too real-world in a movie that’s about presenting fantasy as a means of ignoring the harsh realities we’re faced with. The movie is a balm, and disability isn’t balm-worthy. 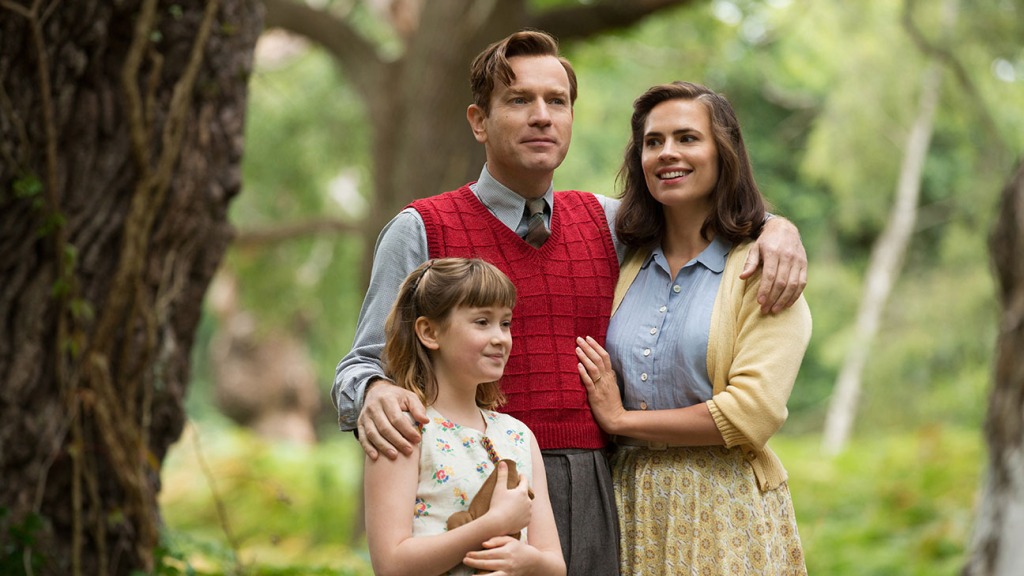 Disability and Disney have often been at odds. When the studio does employ it, it’s there to create sympathy and possibly change for the lead character. In Saving Mr. Banks, a look at the life of Mary Poppins author P.L. Travers (Emma Thompson), a fictional driver named Ralph (Paul Giamatti) tells the curmudgeonly writer about his daughter’s “problems.” She uses a wheelchair, and hearing the story is meant to crack Travers’ brittle heart. At the end, she tells Ralph that his child can do anything she wants, and she should look up to unique people like Walt Disney, who overcame his own struggles, for inspiration. The scene is cliche as can be, while utilizing disability as something able-bodied people internalize and pity; Travers acts as a reminder that pesky disabilities can be mitigated by just believing.

Or look at the Disney animated version of The Hunchback of Notre Dame, which takes Victor Hugo’s Quasimodo and turns him into a man-child whose life boils down to pairing up to the two able-bodied beautiful people.

This brings us back to Clare Milne. This could have been an opportunity for a corporate conglomerate like Disney to break the glass ceiling regarding disability, presenting a little girl (inspired by a real-life figure) who goes on a grand adventure to save her father. Where Hollywood still sees disability as a gimmick to create awards buzz or gain audience sympathy, Clare Milne’s inclusion in the film wouldn’t have been for that. The movie would have become a children’s movie that happens to have a character who is disabled. She could have been the figure that P.L. Travers told Ralph’s daughter to look up to, instead of Uncle Walt.

The filmmakers’ reasoning for not using Clare could be that the movie is fictional. Neither Milne’s wife nor daughter’s real-names are used, and, in fact, the Milne name isn’t mentioned at all, with Robin being the character’s last name. But how can true disabled representation exist if a disability is erased from a film that is presumably inspired by real people? And even if a movie is fictionalized, why is the standard assumption that its characters would be able-bodied?

Christopher Robin certainly accomplished something positive; it taught me about a remarkable woman who did her utmost to help people with disabilities while being disabled herself. Maybe, down the road, Disney will want to tell her story.

Kristen Lopez is a freelance pop culture writer. You can find her on Twitter @Journeys_Film.