Marc Forster’s Christopher Robin is the latest in the string of live-action Disney re-imaginings that began in earnest with 2010’s Alice in Wonderland and is set to continue with titles such as Tim Burton’s upcoming Dumbo. But thematically, this return to the House at Pooh Corner taps into another trend heralded by a 2010 release: the children’s film about growing up being the fundamental loss of childhood, a concept skillfully rendered in Toy Story 3 and then again in 2015’s Inside Out.

The coming-of-age story (or Bildungsroman, to use a literary term) has long been a major narrative genre, but this is something more specific. Where the Bildungsroman focuses on character growth — personal development, for better or for worse, and all the various forms that can take — this particular movie trend is centered around the idea of growth, or growing up, as a process of inevitable loss. Christopher Robin flips the script in a certain sense, putting the loss in the set-up, as opposed to Toy Story 3 or Inside Out, which both present it as more of a conclusion. Toy Story 3 ends with Andy handing over all of his toys, even Woody, to Bonnie. In Inside Out, childhood imaginary friend Bing Bong sacrifices himself to the fate of total oblivion in the Memory Dump so that Joy can escape to save Riley. Loss factors into Christopher Robin a little differently.

After a brief prologue that shows a farewell tea party being held in the Hundred Acre Wood for a young Christopher Robin (Orton O’Brien), due to depart for boarding school, the film jumps to the adult Christopher (Ewan McGregor), who is conditioned to see all things that could be deemed frivolous or childlike as wasteful and therefore bad, in direct conflict with being a responsible adult and provider for his family. This becomes the starting point for his emotional journey, which concludes with the realization that the dichotomy he imagined was false all along, inspiring him to reopen his heart to the joys of play and “doing nothing.” The loss of childhood is front and center at the film’s beginning, and this loss is somewhat diminished by the end. 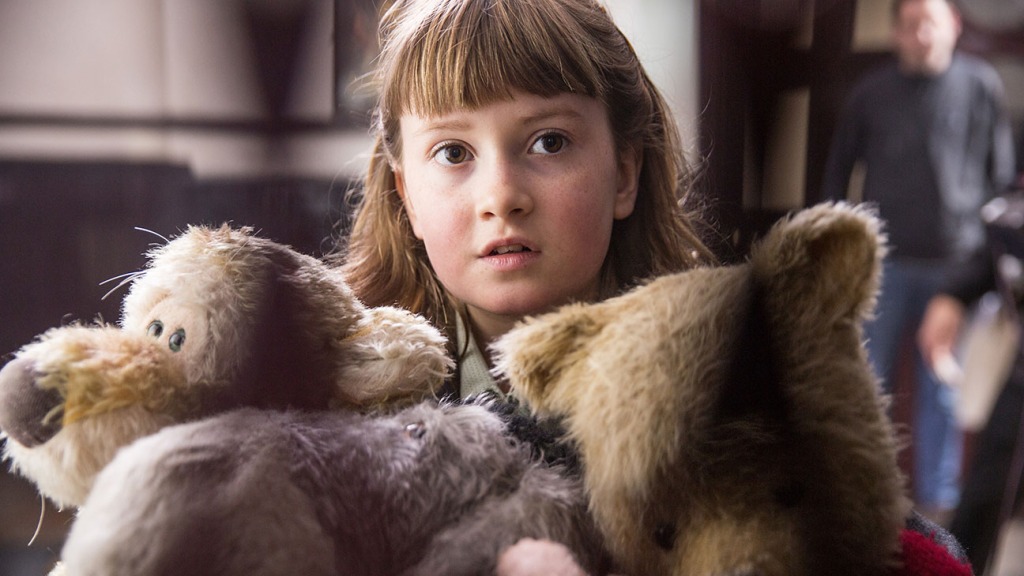 Christopher Robin reinforces the themes of internal struggle, loss, disconnect and repression with striking visual counterparts — Christopher putting various childhood mementos away in a shoebox, then relegated to a hidden corner to collect dust in the dark; closing the door on wife Evelyn (Hayley Atwell) and daughter Madeline (Bronte Carmichael) playfully dancing to a gramophone record to shut himself away in the grim isolation of his office. The film is likewise very forward in its emphasis on the symbolic meaning of things. An acorn isn’t just an acorn, or a weather vane just a weather vane. A red balloon is more than just a scrap of helium-filled rubber tied to a string. Pooh and Tigger and Eeyore aren’t merely toys, or even magical talking toys, but childhood itself — and not just Christopher Robin’s, but yours, too.

For an adult viewer, particularly one who grew up with Winnie the Pooh in any form, Pooh asking the young adolescent Christopher, “What should happen if you forget about me?” is expertly crafted to pluck a heartstring. Hearing its echo, “Did you let me go?” later inquired of adult Christopher, and his reply, “I suppose I did,” is practically guaranteed to give a much harder tug.

While Toy Story 3, Inside Out and Christopher Robin are quality productions capable of entertaining the young audience toward whom they are primarily marketed, it is with adult and adolescent viewers that they really hit the bull’s-eye. Everyone experiences growing up, and characters like Woody and Buzz Lightyear or Pooh and Eeyore already carry such significance from so many people’s childhoods that all a film really has to do is put these characters on screen to provoke feelings of nostalgia. Working with symbols that carry such weight makes pursuing themes like childhood loss both convenient and highly effective. 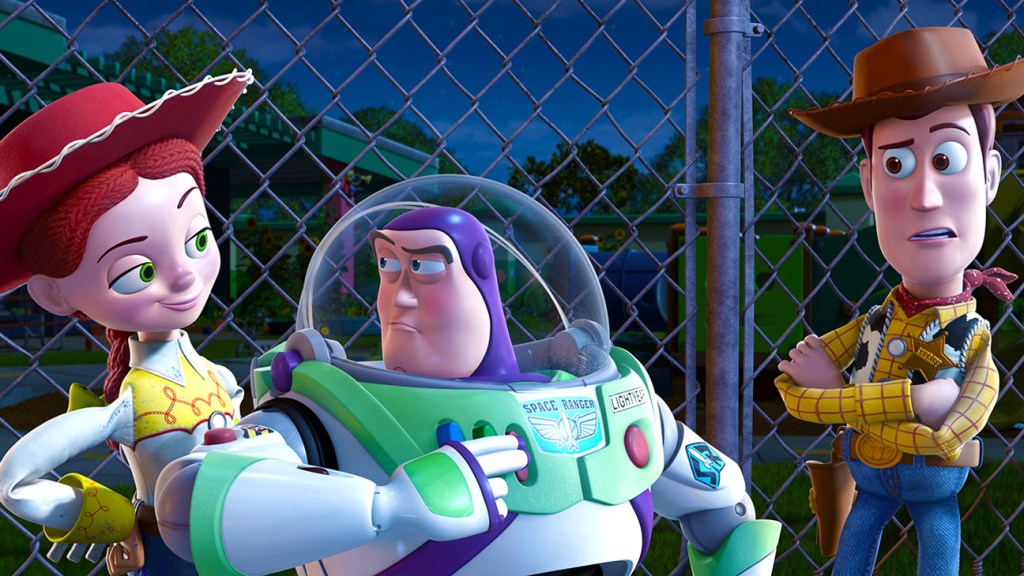 Depicting growing up as the process of losing one’s childhood makes for compelling emotional content uniquely suited to Disney properties, but that doesn’t mean it’s a formula that should be repeated ad nauseam.

One of the things that has drawn people to movies and moviemaking since its earliest days has been the idea that film is capable of capturing and preserving moments in time. In a certain sense, it’s the closest we can get to being Peter Pan, and watching a childhood favorite film is one of the nearest things we have to being a kid again. There’s something about getting absorbed in the same narrative and images you did as a child that gives a kind of an illusory sensation of being that age again.

The addition of sequels and continuations centered around growing up doesn’t ruin the illusion, but it can weaken it somewhat. Christopher Robin isn’t just a little boy who spends time with Pooh and friends in the Hundred Acre wood, an ageless and timeless sort of place, anymore; he’s a little boy who grows up to marry a woman named Evelyn, fight in World War II, have a daughter named Madeline and work for a company called Winslow Luggage. Adding on to a narrative influences the way viewers come to see earlier installments in retrospect. The childhood elegy trend has produced some great films, but it also presents a situation where it is pressing to remember the value of moderation, because in this instance, there is a risk of ending up with too much of a good thing.