Clint Eastwood was a 21-year-old draftee during the Korean War when his plane went down. He was the only passenger in a Douglas AD torpedo bomber, flying in severe weather off the coast of Northern California, when the pilot told him they were going to attempt an emergency landing in the shark-infested waters off Point Reyes.

“We went down at about 4 o’clock in the afternoon,” Eastwood, 86, recalls of the crash and his swim back to shore. “I could see the Marin County coast from a distance. I don’t know how far it was — it seemed like 50 miles, but it was probably a mile or two. Then it got dark. It was quite a way into nightfall before we reached it.” 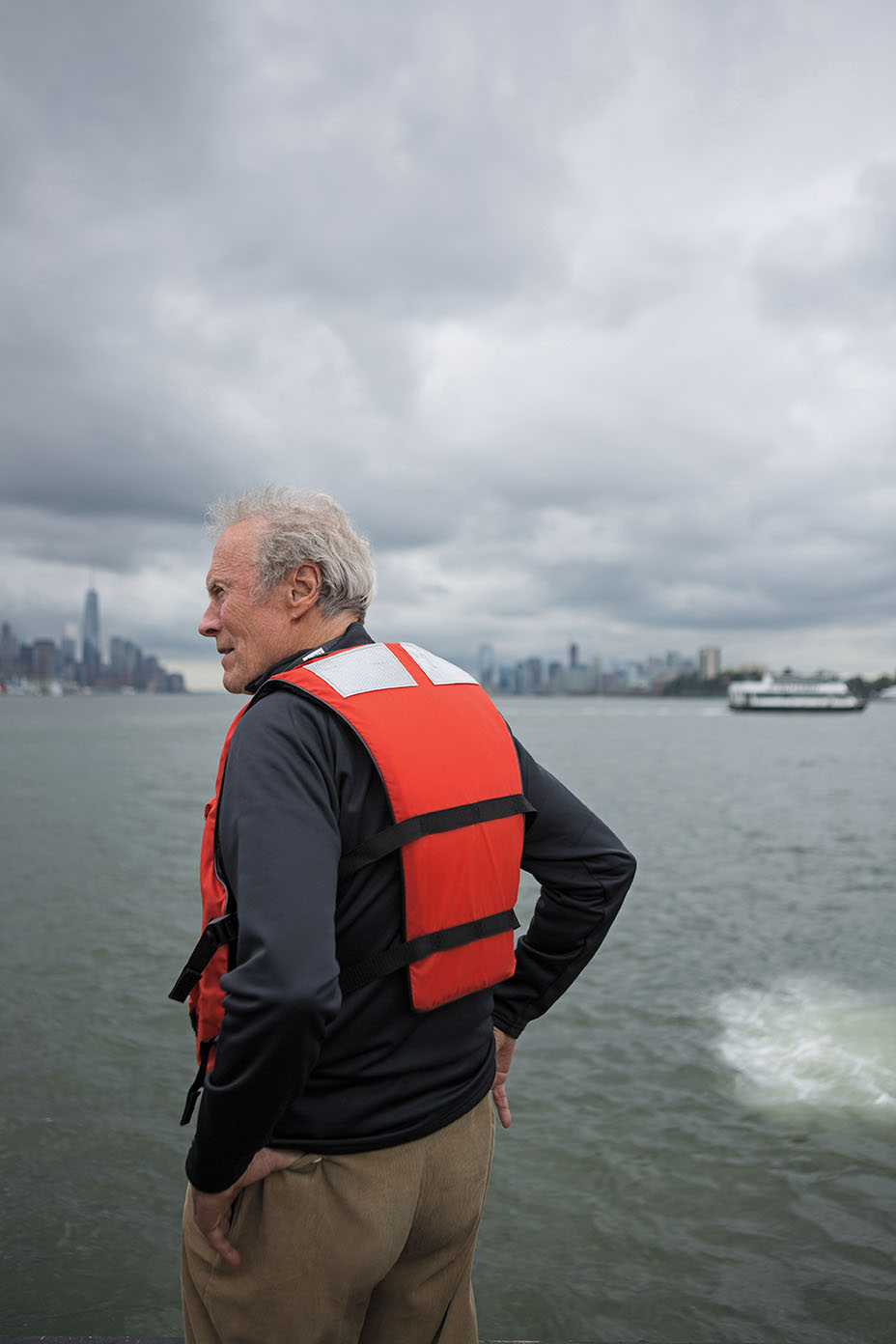 It is perhaps not surprising that the one director who saw the dramatic potential of a film adaptation of Chesley Sullenberger’s Highest Duty: My Search for What Really Matters — the best-selling memoir by the US Airways pilot who saved 155 lives when he landed a crippled commercial airliner in New York’s Hudson River in 2009 — was one who’d actually survived a plane crash. Although “Sully” Sullenberger’s 2009 book sold well, most everyone in Hollywood presumed it was unfilmable, at least in any commercial way. As gripping as his story was, there wasn’t any conflict or tension, and the only action beat was a 208-second sequence in which Flight 1549 gets both engines knocked out by a freak bird-strike incident.

“I don’t know how you tell this story,” producer Frank Marshall remembers thinking when he got pitched the idea. “It more felt to me like a documentary at that time.” 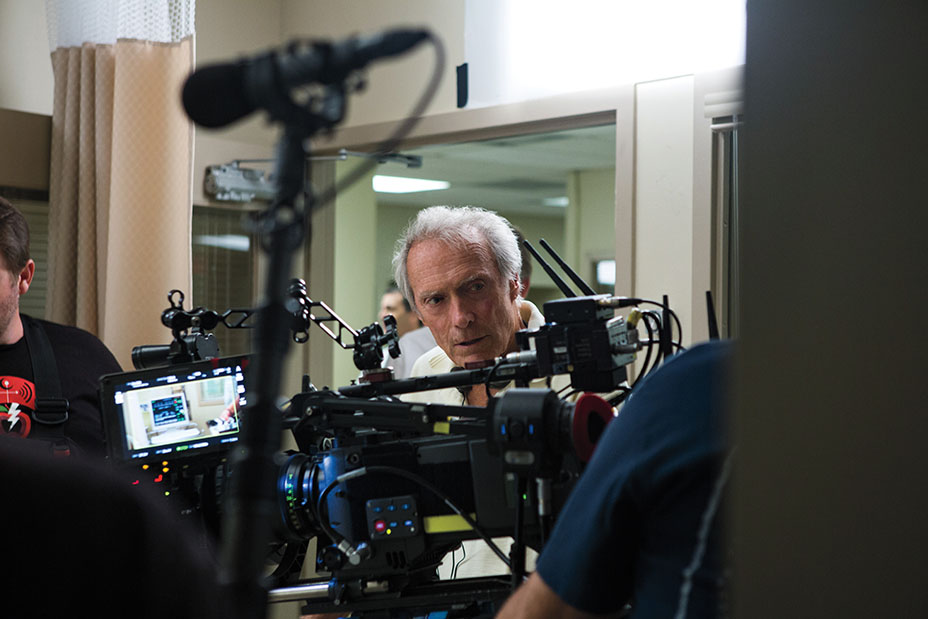 Marshall had met with Sullenberger in 2010, about six months after the book’s publication — at the suggestion of Harrison Ford, whom Sullenberger had buttonholed during an aviation event in Washington, D.C., asking the star for help getting his memoir made into a movie. “Obviously, it was quite an honor to meet Sully,” Marshall says, though he remained skeptical about a film. Still, sensing some sort of potential, he offered to option the book. “Let’s see what happens,” the producer told the pilot before they parted. 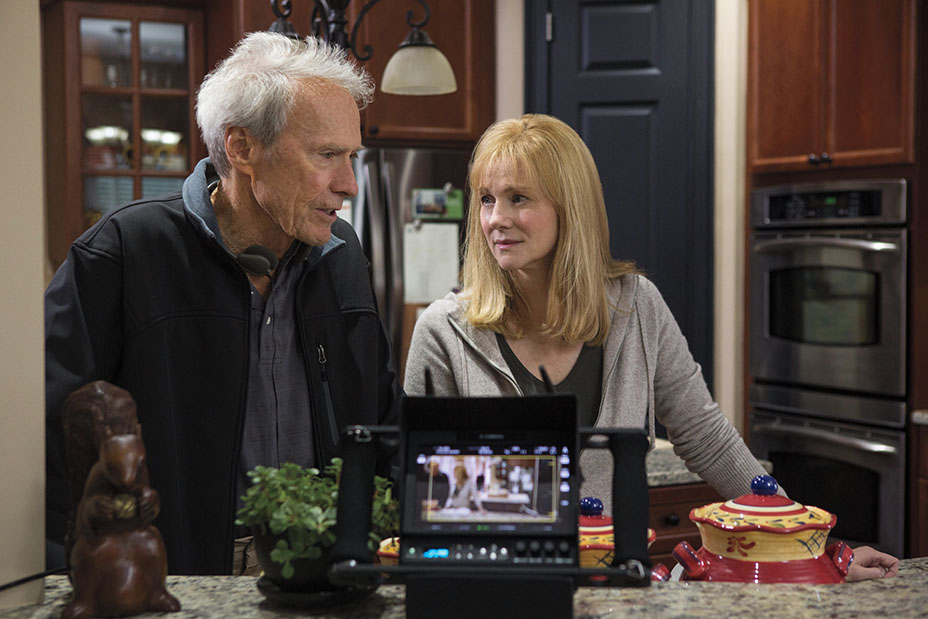 About a week later, Marshall happened to be meeting with former Warner Bros. exec Allyn Stewart and producer Kipp Nelson, who had just formed a production company and were looking to develop adult-skewing scripts. “They said, ‘Do you have anything?’ ” he says. “And I reached behind my desk and said, ‘I just happen to have this book.’ They read it and loved it. That’s when we started to figure out how to develop this.”

Marshall, Stewart and Nelson invited writer Todd Komarnicki (Perfect Stranger) to pitch them ideas for an adaptation, then kept him hanging for four months while they met with scores of other scribes until finally looping back with an offer. “[Stewart called and] said, ‘We talked to everyone with an opposable thumb and we realized that the first was our favorite,’ ” says Komarnicki. The twist he had pitched them, the thing that ultimately sold the producers on his approach to the story arc, was to focus as much on the aftermath of the crash as on the harrowing incident itself. From his first read of Sullenberger’s book and his initial 2,000 notes, Kormarnicki knew the story’s conflict and drama could be found in the prosecutorial NTSB hearings the pilot endured after his miraculous water landing, where he was forced to defend the very decisions that prevented the plane from crashing into the densely populated area around LaGuardia Airport. 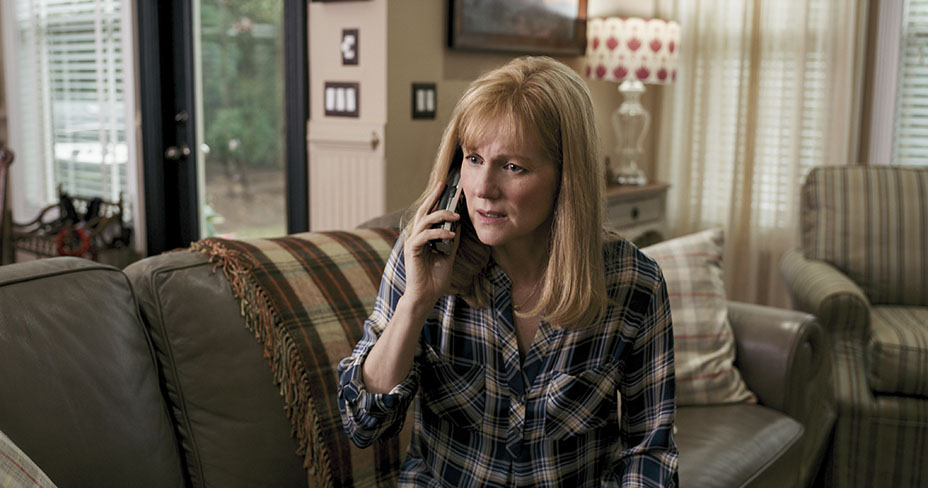 “He had a complex, plot-driven story told beautifully through character,” says Stewart. “And for me that’s the hardest thing in adapting a true story. You can line up all this great structure, which Todd did, but you have to feel the humanity of the story and the people inside of the story.”

With the script underway, the producers started to think about casting. At one point, Marshall flirted with the idea of attaching Ford, but Ford wasn’t interested (the actor would end up in a plane crash anyway, when he made his own emergency landing in 2015 at a golf course in L.A.’s Venice neighborhood).

But then, before they had time to approach any other stars, the project was blindsided by the 2011 announcement that Paramount was making Flight, another plane crash movie that not only starred Denzel Washington but also had his (fictional) pilot landing a malfunctioning commercial jet upside down in a field. “There can only be one of those stories,” says Marshall, who suddenly found studio interest in his Sully movie plummeting. “Junior executives were reading the script and they were liking it, but no one was passing it to their bosses because of Flight. All the studios passed.”

For the next four years, the project remained grounded and might never have gone anywhere if Kristina Rivera, a staffer at Eastwood’s Malpaso Productions, hadn’t stumbled across Komarnicki’s script. At the time, Eastwood was coming off 2014’s American Sniper, a film that so wildly overperformed at the box office ($547 million worldwide), the director could get a greenlight on pretty much anything he wanted. Eastwood was contemplating a remake of A Star Is Born, starring his Sniper lead Bradley Cooper, when Rivera handed him the Sully pages. “Kristina said, ‘You should read this,’ ” says Eastwood, “and I said, ‘Oh, is this about the Hudson? I’ll read it, but [I’m not going to make it because] there’s no conflict in it.’ She says, ‘I won’t tell you what it is, but there is conflict in it.’ So I read it. And I liked it.”

Stewart vividly remembers the phone call from Eastwood. “Clint goes, ‘Hey, I kind of like this.’ And at that point my heart is leaping out of my chest.”

Suddenly, with Eastwood on board, Sully was a $60 million movie at Warner Bros. It was Eastwood who came up with the idea of Tom Hanks as the lead, but first he wanted to clear it with Sullenberger himself. “The first time I sat down with him I asked, ‘Who do you see playing you? How about Tom Hanks playing you?’ Because that was the first one that came to mind. And Sully says, ‘Oh, yeah, that’d be good.’ And I said, ‘OK, let me see what I can do.’ ” Eastwood approached Hanks’ CAA agent Richard Lovett, who told him that the star was preparing to take a year off from acting after wrapping the Da Vinci Code sequel Inferno in Budapest. Still, Lovett called Hanks, who at first was reluctant. “I was complaining and cranky, like a big fat baby actor,” Hanks recalls. “But Richard said, ‘Just read it.’ ” Hanks agreed to read seven pages. “And 22 minutes later, I’m on the phone, saying, ‘All right, when?’ “ 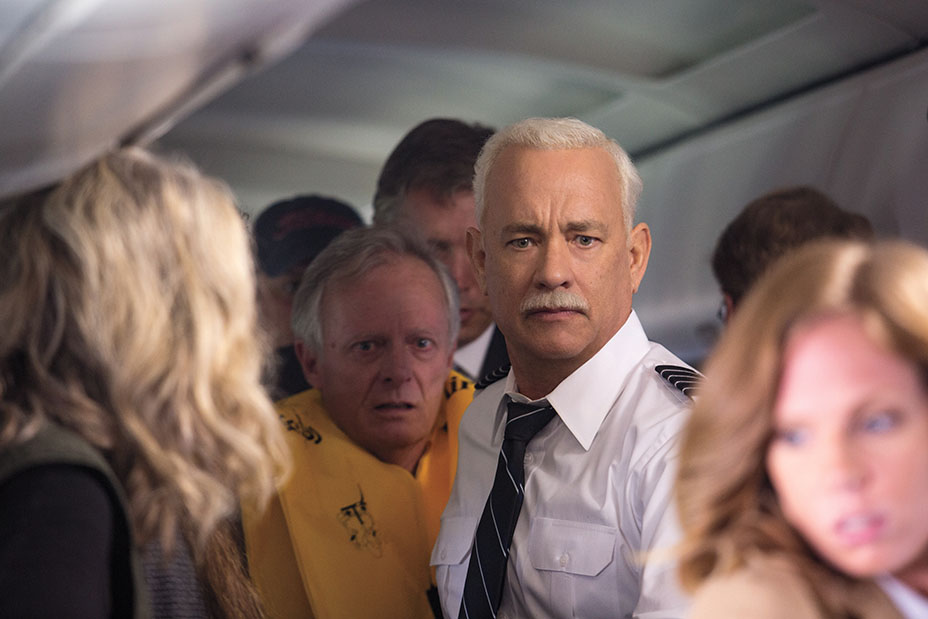 For the role of Jeff Skiles, Sully’s wisecracking co-pilot, Eastwood turned to Aaron Eckhart, who’d been itching for ages to work with the filmmaker (he once even approached Eastwood at the Golden Globes to introduce himself and offer his services). Eckhart was getting an oil change at an L.A. car dealership when, out of the blue, his agent phoned and said, “Clint just called and wants you to be in Sully,” says the Dark Knight actor. “I started jumping around in my car and fist-bumping.” 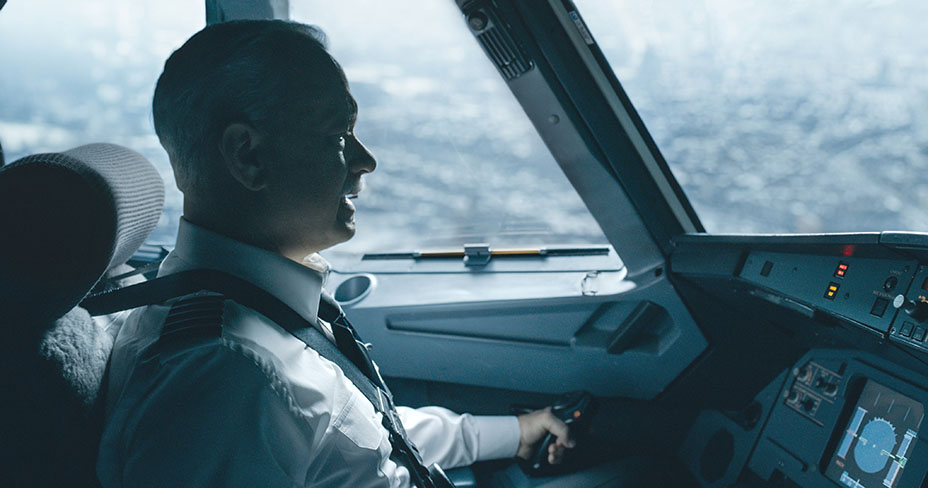 By September 2015, shooting was underway in Manhattan. By all accounts, Eastwood is one of the most efficient directors, preferring short takes and moving decisively. About the only thing that nearly derailed him was the unexpected appearance of Tropical Storm Joaquin. But the veteran director made Mother Nature work for him. “Clint just kept shooting,” says Stewart. “I’ve never seen anybody shoot through those conditions. … And the boats couldn’t pull up exactly [as planned]. Everything had to be modified a little bit because the Hudson was roiling. But the great thing, of course, is when we saw the footage, guess what? It all was real. Everybody was wet, cold and miserable, and it’s exactly what happened on that day. Everybody always says Clint has the luck of the gods. When he needs good weather, he gets good weather. And when he needs bad weather, he gets bad weather.” 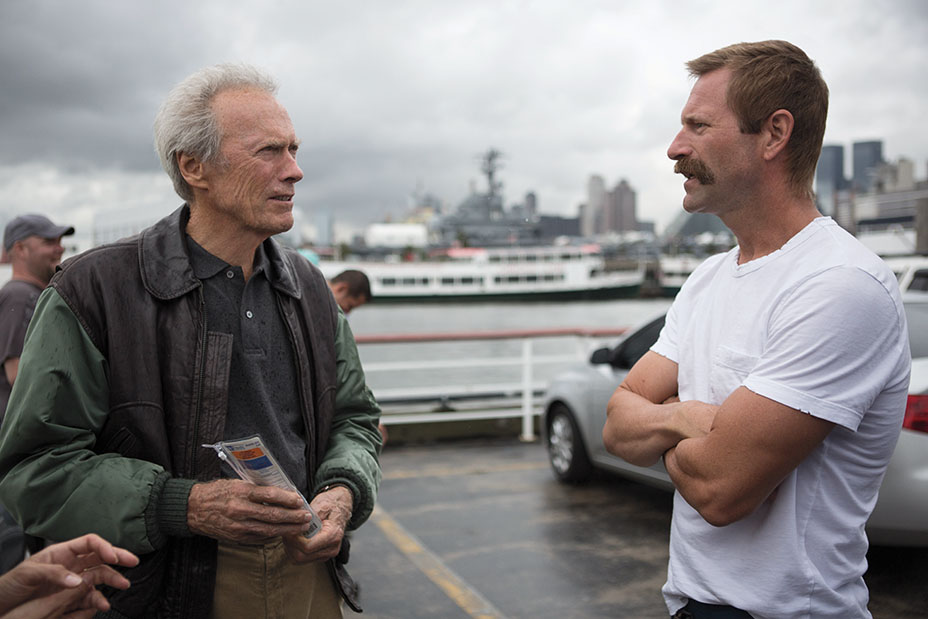 The film opened in September to critical raves (“A fierce, stark, haunted drama of horror narrowly avoided,” opined The New Yorker) and so far has grossed $185 million worldwide, ultimately proving Sullenberger right — his story about landing a commercial jet in the Hudson River was indeed dramatic enough to make into a movie.

As for Eastwood’s own plane crash some 65 years ago, it’s tempting to suggest that it’s the main reason he made Sully. Even Hanks gets in on the act. “He almost died! He almost froze in the water!” says the star. “I mean, no one else but Clint could have or should have made this movie.” 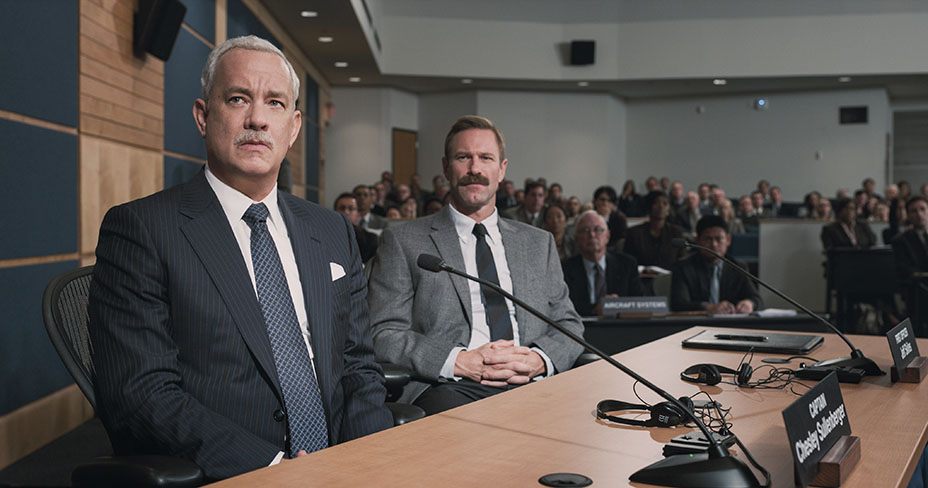 Still, Eastwood, as always, plays it cool. “I definitely did think about it when I was shooting this,” he admits. “I’m probably the only director who’s actually been in a water landing. But it had no bearing on me making this movie. I would have shot this movie anyway.”