The end of the world was only the beginning, it turns out. DCeased, the miniseries that saw a zombie outbreak run rampant through the DC universe — killing Superman, Batman and Wonder Woman in the process — was a runaway hit last year, leading to the current spinoff, DCeased: Unkillables, showing what the villains were up to while the heroes were trying (and failing) to save the world. This summer, readers get to find out what happens after what’s left of humanity has had to abandon Earth with a new sequel, DCeased: Dead Planet.

Reuniting the creative team of the original series, Dead Planet sees Tom Taylor and Trevor Hairsine follow a new generation of superheroes back to Earth years after the events of the first series. But what’s waiting for them isn’t what anyone expects.

The Hollywood Reporter spoke to Taylor about the new series.

I’ll be honest, when I first heard about Dead Planet, my reaction was somewhere along the lines of “Why can’t you let anyone have a happy ending, Tom?!? They just found another Earth!” But there were unresolved plot threads left dangling at the end of the original series, which makes me wonder: How early did you think there might be a sequel to DCeased?

I’m not going to lie, I always had a lot more DCeased planned. Pretty much from page one. But it all came down to how well readers and retailers responded. The single issues sold around a million copies and we’ve just heard the hardcover is going back for a third printing. This means we get to have a lot more violent, tragic fun.

We set up so many things in DCeased, A Good Day to Die and Unkillables, and now we get to pay it all off. The heroes we saved and brought to a new Earth will return. Harley Quinn and Poison Ivy are still there along with any survivors from Unkillables. And then we have the continuing story of Constantine, Zatanna, Doctor Fate and other magic users.

Dead Planet is the third series, but the second chapter of the story, with the current Unkillables acting as something closer to Chapter 1.5 — besides the fact of the current series being just plain fun, do you think waiting to continue the story adds something to the experience for the reader?

There wasn’t enough room in the first DCeased to incorporate every character’s story, so we decided to hold off on showing a lot of the villains and anti-heroes. Unkillables is a spinoff of DCeased, not a sequel. It’s the story of what the villains did when the heroes failed.

Dead Planet is the true sequel, set five years later. And, yes, I think a lot of people discovered the first DCeased in the collections, so waiting until more people had been immersed in the full horror of our universe made a lot of sense. That said, Trevor Hairsine, Ben Abernathy and I never really stepped out of this dying world. We’ve been planning and working the whole time. Trev has almost finished two issues and I’m writing issue three right now. Rain Beredo has even colored the first issue already, Saida Temofonte is already lettering. It’s great to keep the band together.

Is it different knowing exactly what Trevor, Rain and the rest of the team is capable of, having already completed the first series? Does it change the way you’re writing the new series?

It really does, yeah. Working together consistently, you develop a trust, and you also learn strengths. Knowing exactly how well Trev can deliver on complex emotions means I can rely on him for the comedy, while also knowing he can truly hurt the readers. With Rain capable of anything as a colorist, it means I can set our story anywhere.

When we last saw the survivors of the Anti-Life Equation, they were looking for “Earth-2,” a new home after the original had been lost to the infection, and you’d essentially killed off the world’s greatest heroes — Batman, Wonder Woman, Superman, Green Lantern, the Flash, Aquaman and many more had succumbed to the infection. Without revealing too much of what’s to come, where can the story go next?

We may have killed off the Justice League but, at the same time, we carefully created a new Justice League to take their place. Jon Kent and Damian Wayne were positioned to inherit the mantles of their fallen fathers as a new Superman and Batman. Cassie Sandsmark survived the battle between the Amazons and the Atlanteans to become the new Wonder Woman. Mera also survived this attack, so a monarch of Atlantis is still there as Aquawoman. Wallace survived to be the new Flash. Black Canary was chosen to be the next Green Lantern after Hal’s death. Black Lightning is still around along with his powered daughters, Anissa and Jennifer.

Now, five years later, this new Justice League of Earth 2 receive a distress call from their former home. They’re heroes, they can’t ignore it. Even if they should …

One of the biggest things left unresolved from the original series is the idea that the Anti-Life zombies are intelligent enough to talk, and also know that there’s a cure — even if no one in the remnants of humanity know that, thanks to Cyborg being killed before he could tell anyone. Was that a throwaway comment to make the story especially dark, or something that you plan to follow up on in the new series?

Definitely. A potential cure is a big part of the DCequel. But, of course, it won’t be that easy.

Final question: Just how cruel are you going to be to the last human beings alive in this series? Can we even hope for something approaching a happy ending?

I don’t believe in telling superhero tales without hope. What’s the point? On top of DCeased, I’m currently the writer of Suicide Squad and that’s a gig that comes with a lot of tragedy, but it’s how characters cope with this and fight through adversity that’s compelling.

Will there be tragedy in Dead Planet? Of course! It’s an undead apocalypse, not a picnic. But I will say we didn’t create a new Justice League just to watch them all die. There will be despair, there will be heroic sacrifices, but there will also be comedy and triumph mixed in with, you know, all those shocking deaths of beloved heroes.

DCeased: Dead Planet launches June 10. Check out two of David Finch’s main covers for the series, as well as previews from Hairsine’s interiors from the first issue and Francesco Mattina’s variant cover for the first issue, below. 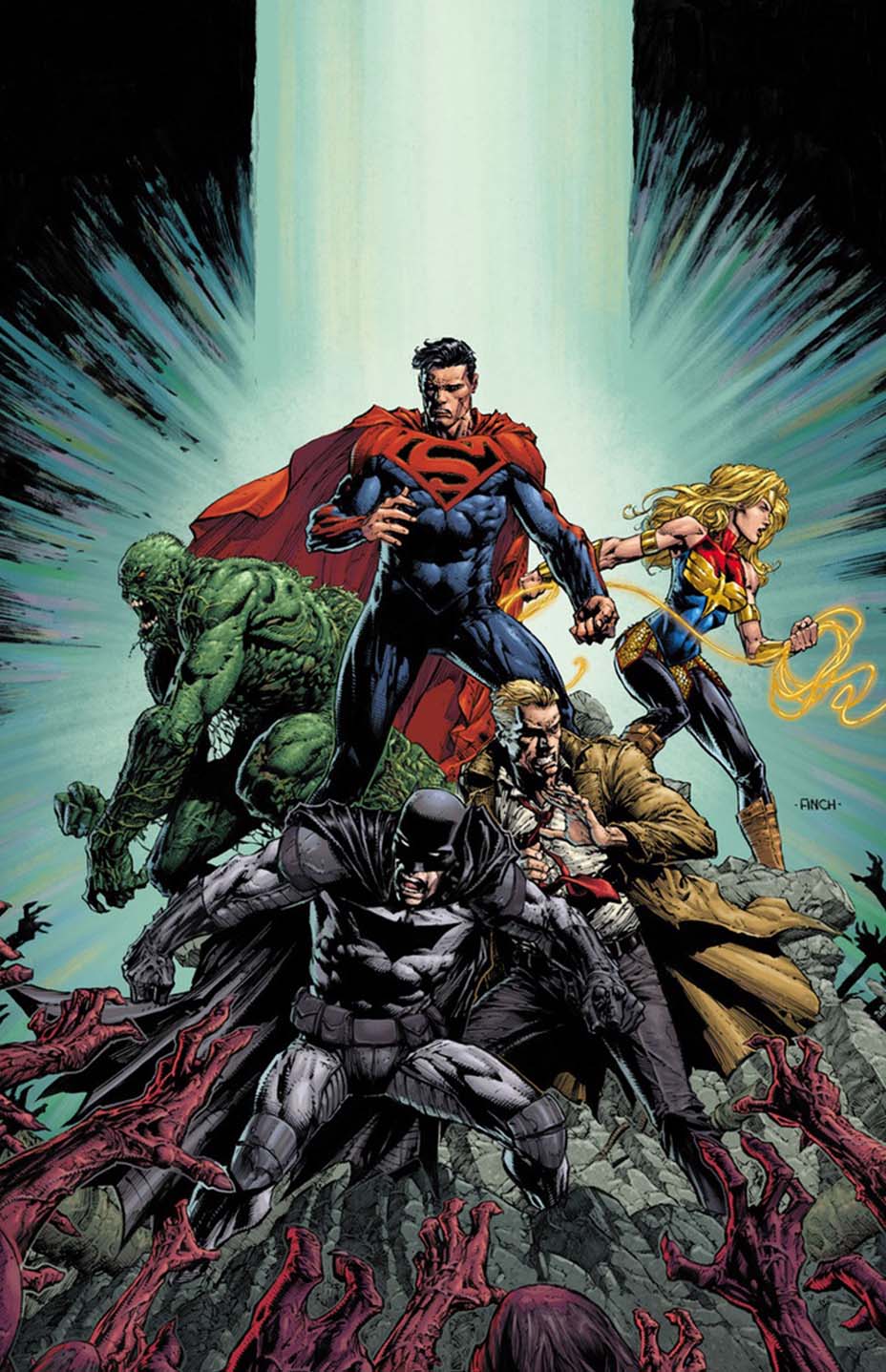 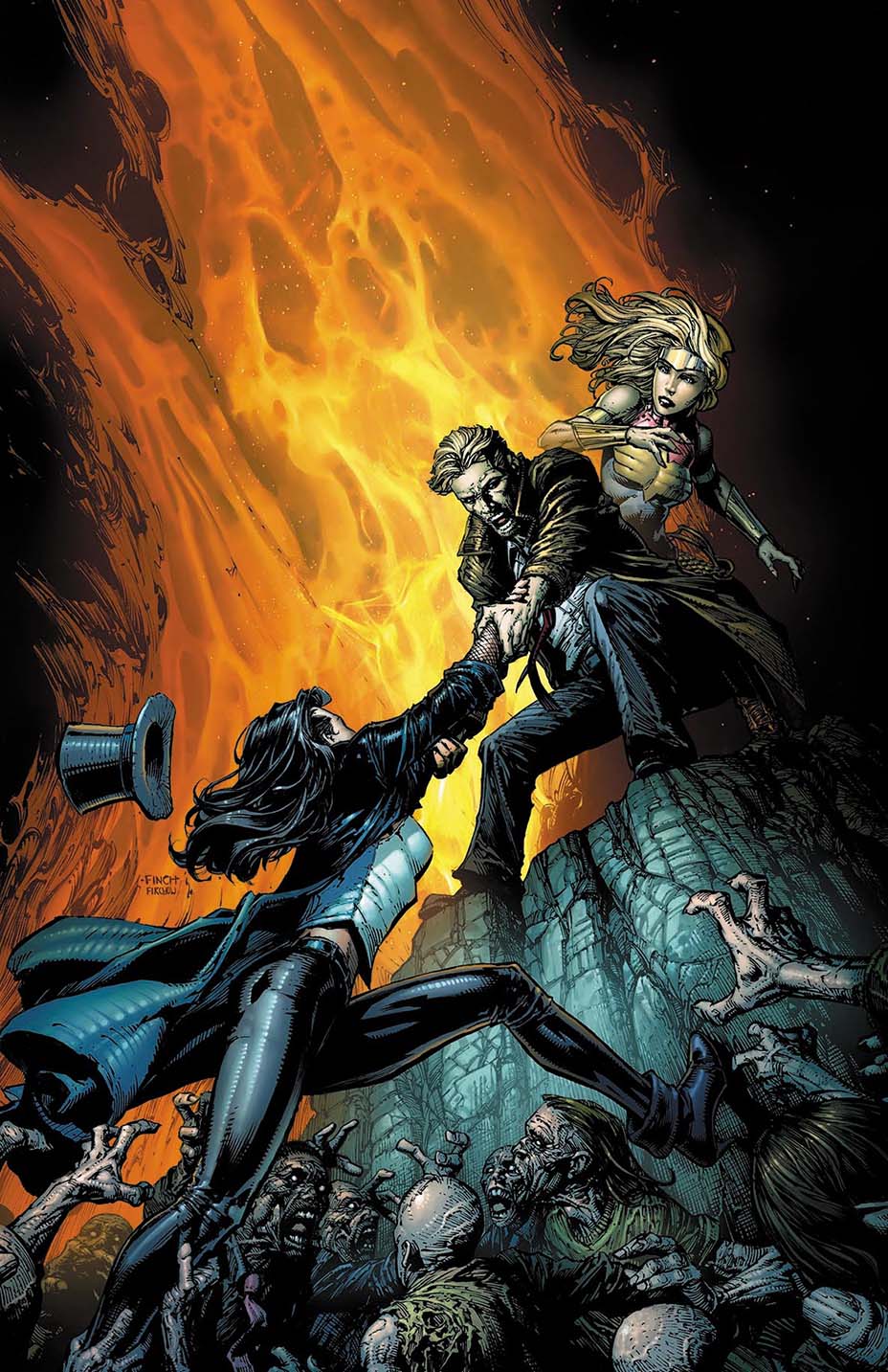 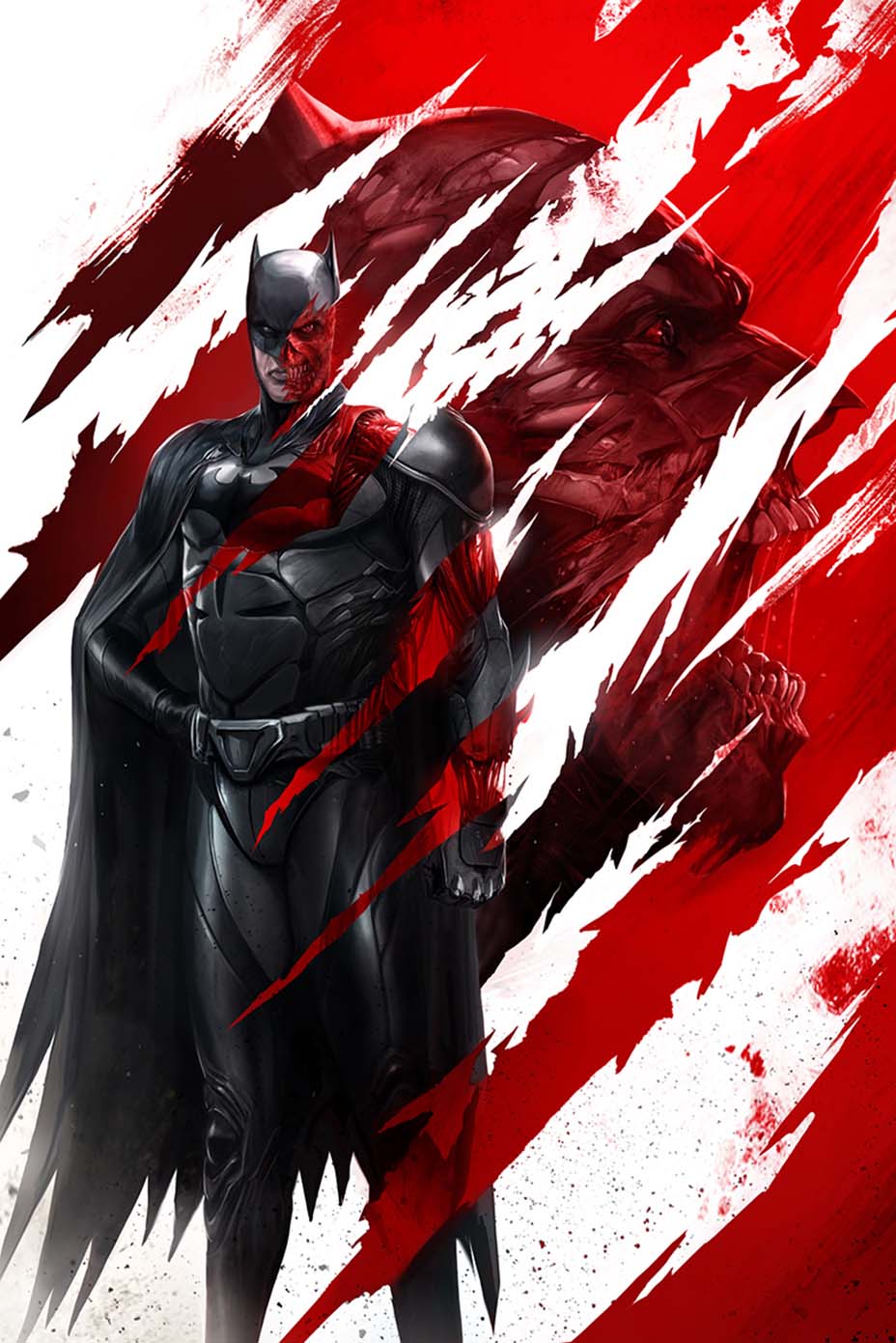 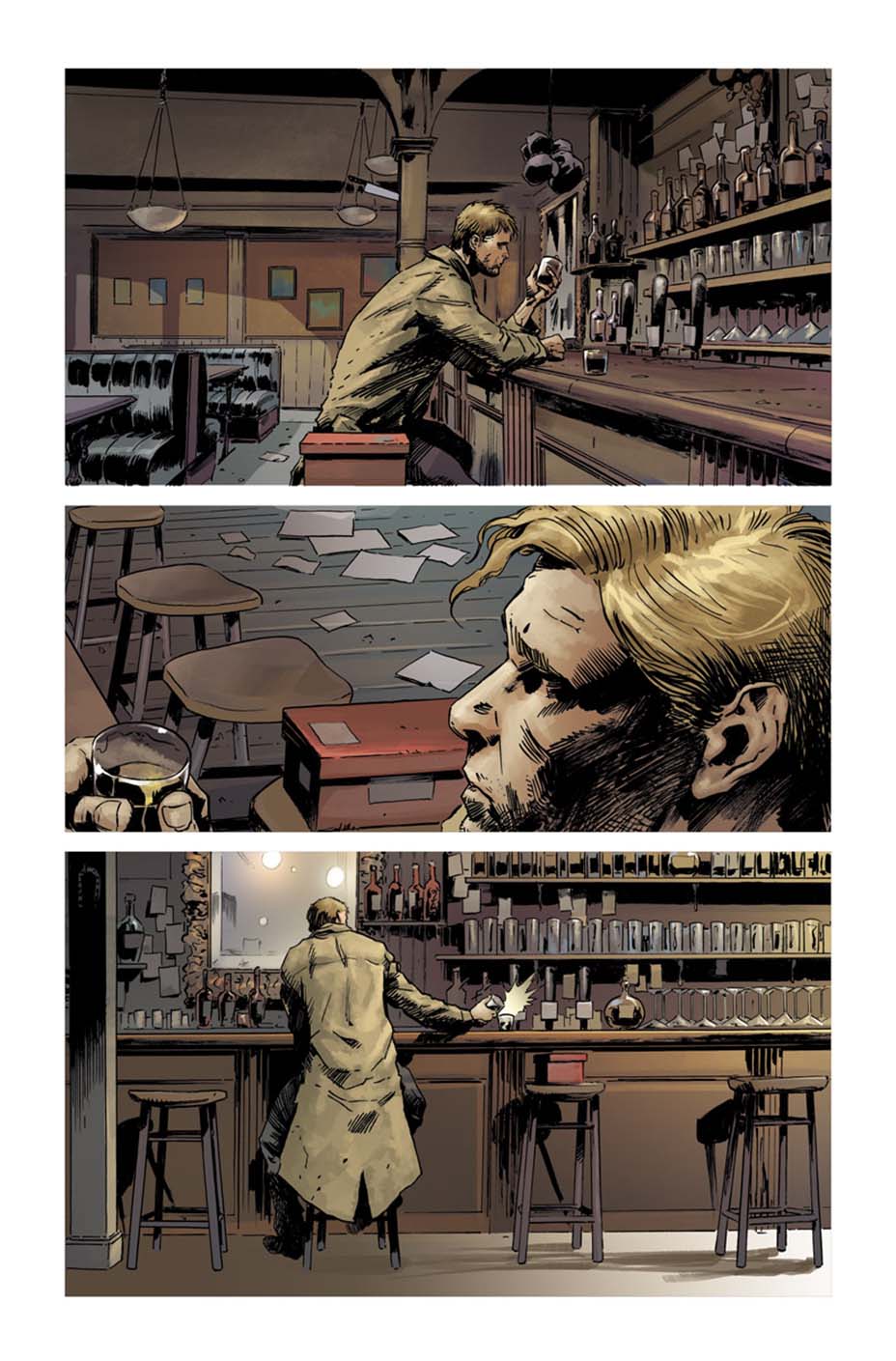 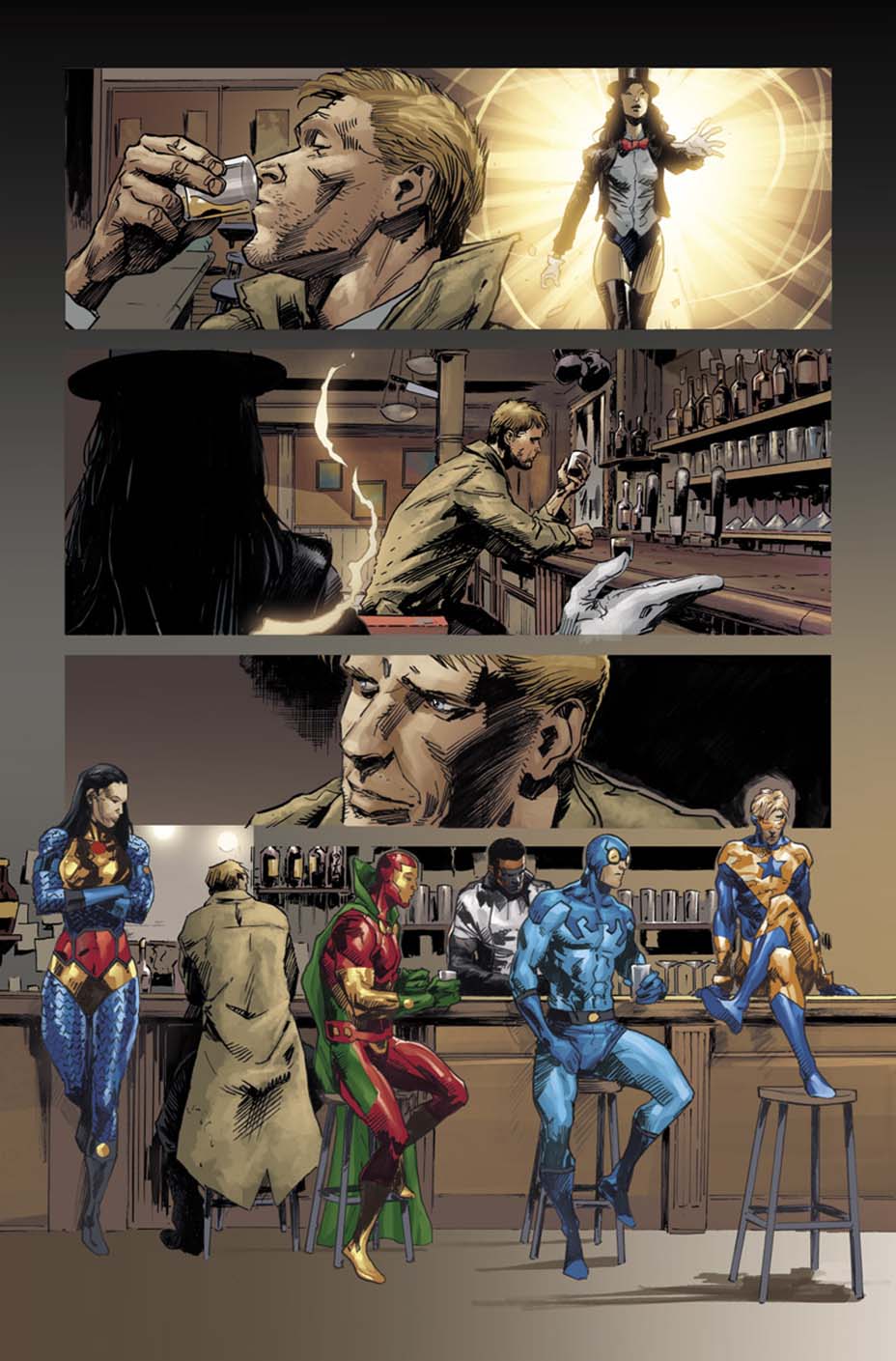 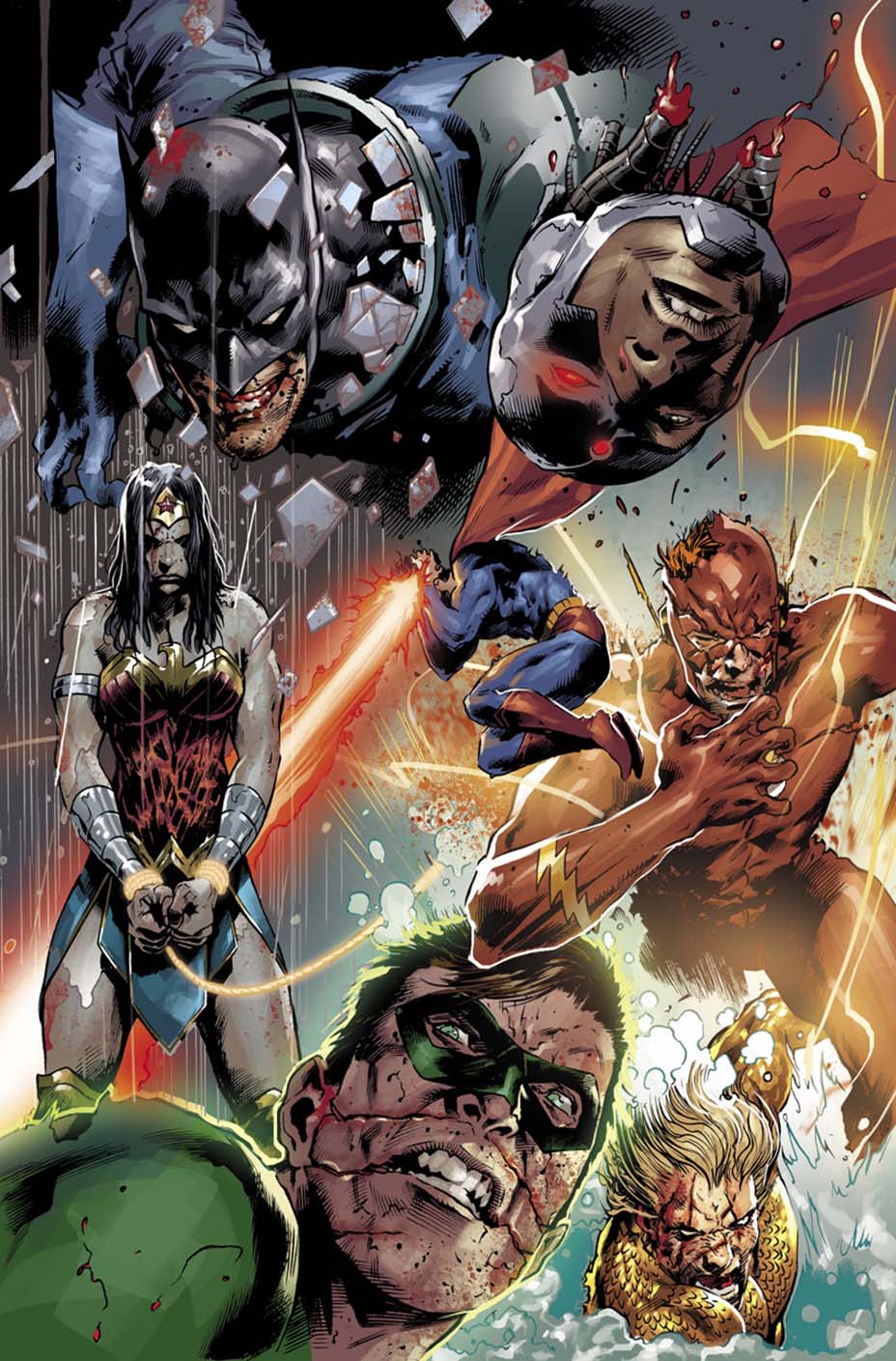 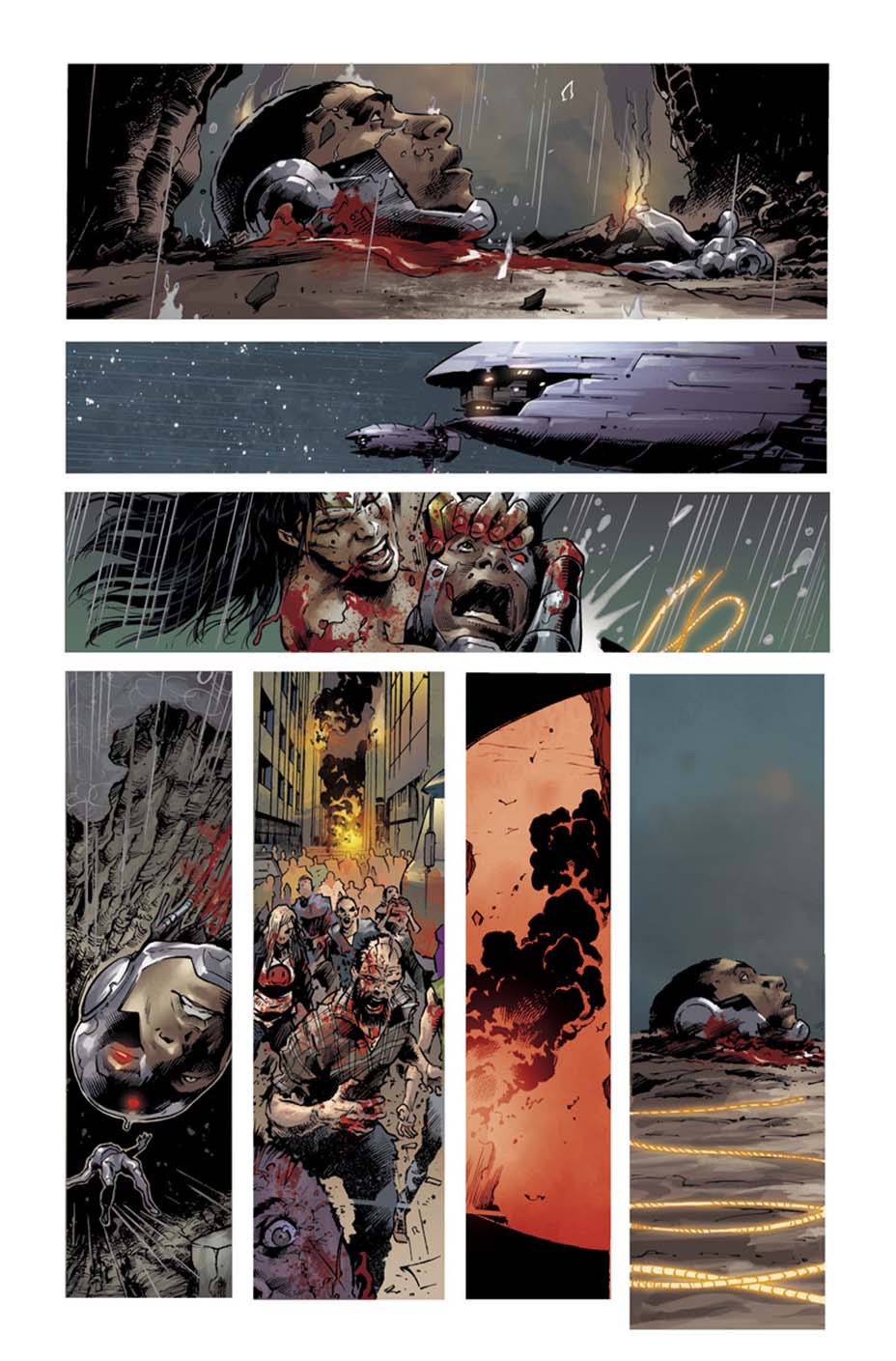 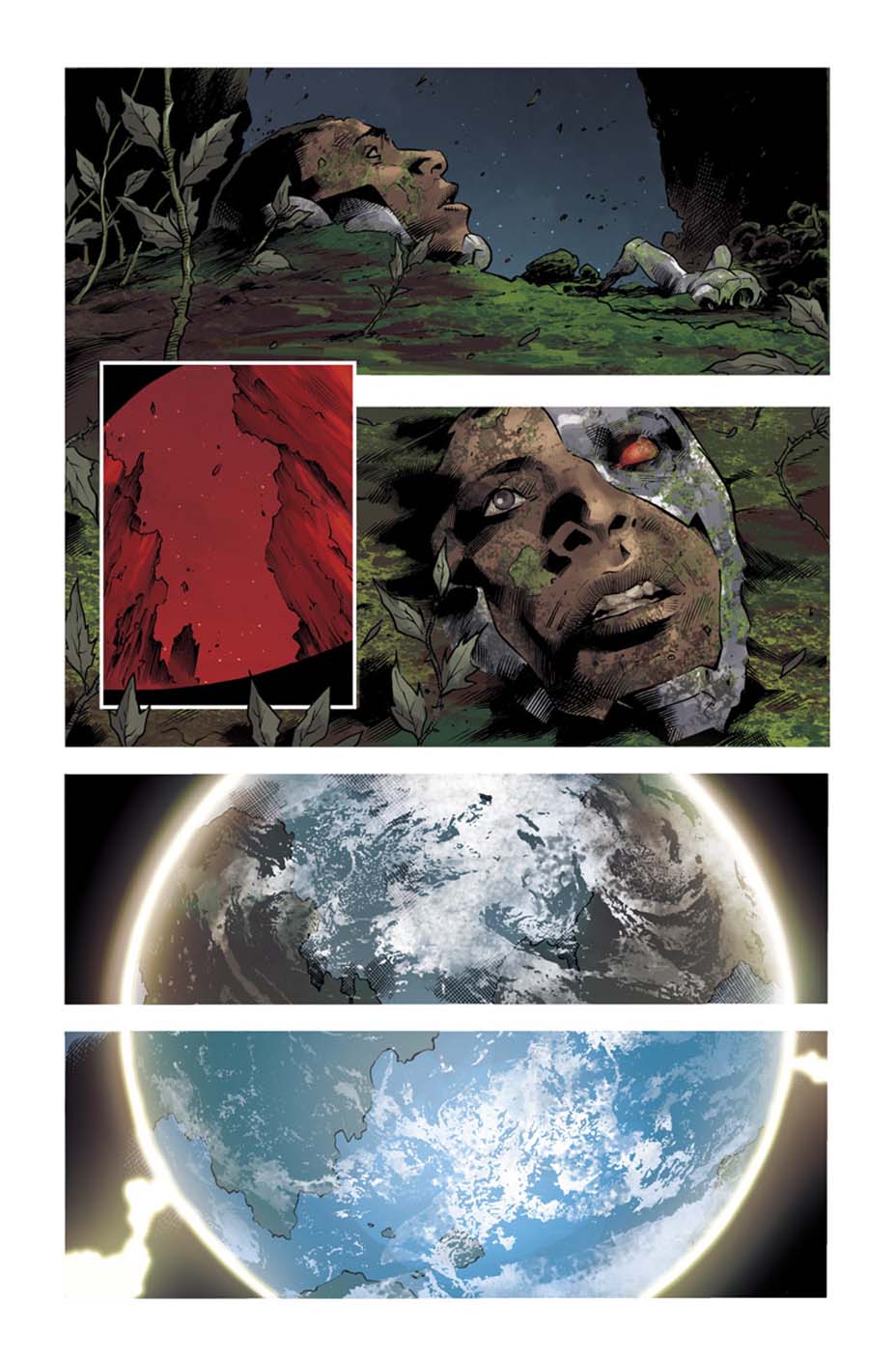