Even nightmares can fall in love… at least, they do in The Dreaming: Waking Hours, the new comic book series launching next week from DC.

Written by G. Willow Wilson (Wonder Woman, Ms. Marvel) with art by Nick Robles (Euthanauts, Doctor Mirage), Waking Hours is the follow up to the recently completed series The Dreaming, and the latest continuation of Neil Gaiman’s The Sandman from DC’s The Sandman Universe imprint. But, like The Dreaming before it, this is an original story featuring appearances from familiar faces, rather than a sequel to any existing story.

This time around, the main characters are Lindy, a new mother struggling with her unfinished thesis about Shakespeare, and Ruin, a nightmare that isn’t necessarily what anyone expects — including Dream, who created him in the first place. Ruin’s unpredictability is shared by Waking Hours as a whole, with the series very much in the spirit of Gaiman’s original series and certain to delight longterm fans and new readers alike, feeling like a contemporary version of what Gaiman had achieved with The Sandman.

The Hollywood Reporter talked to Wilson and Robles about the new series and the new (and old) inhabitants of the Dreaming.

The Dreaming: Waking Hours is difficult to describe: It’s a comedy about a Shakespeare scholar struggling with being a new mother and writing her thesis that’s also a queer romance about a nightmare falling in love with a human and there’s also some Good Omens-esque Aziraphale and Crowley-style friendship in there… How did this all come together? But also, how do you describe what it’s about to people? It’s full of everything.

G. Willow Wilson: I think, for my part, I was trying to incorporate all the elements that made the original Sandman and Si Spurrier and Bilquis Evely’s series great, but also create a story that was just deliciously fun to read regardless of whether you’d read either of the other Sandman series. When people ask me what it’s about, I usually say it’s about what happens when a nightmare falls in love. There’s joy, there’s chaos, and characters who wouldn’t normally have reason to interact are thrown together in dramatic ways. If we do our job right, it should feel like eating dessert. No vegetables here, just cake.

Nick Robles: To make it simple: “It’s about a nightmare who falls in love…and all the chaos that ensues!”

Let’s talk about that nightmare in love; Ruin is very much not what I expected, especially with that name, and he’s surprisingly sympathetic for a nightmare. He’s in keeping with a Sandman tradition of dreams that don’t behave, for want of a way to put it, but he’s hardly [the Sandman character] the Corinthian. What went into his creation? What inspired him, in terms of looks as well as character?

Wilson: Nightmares in the Sandman Universe tend to be incredibly grotesque and evil, as their names suggest. With Ruin, I wanted to turn all that on its head. Yes, in his true form he is terrifying, but he’s frightened by his own nature and wants to become something else. He’s shy and awkward and affectionate — not what a nightmare needs to be to do their job well.

He came to me when I couldn’t sleep — I remember being awake at 3 a.m. and thinking how nice it would be to have a nightmare, because at least it would mean I was asleep. Then I had the epiphany that eventually became Ruin. I will leave it to Nick to explain how his distinctive look came about, since most of the key elements of Ruin’s physical appearance are thanks to Nick’s genius.

Robles: I wanted him to be a tall and lanky thing that always tries to be a little less present. Big coats and layers. Full of anxiety and shy feelings. Those things aren’t meant for Nightmares…but he has them! His palette comes from Willow’s initial description. She mentioned using colors representing some of the more beautiful serpents that are also very dangerous. As we’ve seen, he embodies that quite literally in the Dreaming when he meets Lindy!

As you mentioned, The Dreaming: Waking Hours isn’t just a follow-up to Spurrier and Evely’s The Dreaming, it’s also, obviously, a follow-up to The Sandman; Willow, you’ve talked before about your love for that book. Was it daunting, exciting or somewhere in between to play in those endless fields for yourself?

Wilson: It was both! It felt like coming home, honestly. That universe feels very familiar to me because I’ve lived with it for so long. But by that same token, I had to try really hard not to freeze up and get overwhelmed. That’s happened to me in the past when I’ve tried to write other characters that have meant a lot to me, and I swore I was going to find a way through it this time. Fortunately, I think I did.

I have to ask: Shakespeare shows up more than once in Gaiman’s Sandman; did that influence Lindy’s choice of study, or is it simply a coincidence? Do either of you have a Shakespeare scholarship in your back pockets?

Robles: I do not — I’m learning all sorts of new information! (Laughs.)

Wilson: Using Shakespeare in this story was a deliberate choice — a way to tie our story to other Sandman stories, since the Bard has such a long history in the Sandman Universe. I’m no Shakespeare scholar, but I do suffer from the curse of Macbeth — thinking it would be a fun way to waste time, I assistant-directed the Scottish Play for a drama club in college, and ever since then, like the titular character, I’ve struggled with insomnia. This is what I get for laughing at the idea that that play is cursed. So I have personal knowledge of the magic of Shakespeare, which is not always benign — as we quickly realize in Waking Hours.

Robles: Yes! It keeps everything exciting! I’m such a fan of bouncing around these character narratives. [Colorist] Mat Lopes is doing excellent work in wrangling all three into their own palettes as well.

How do you two work together? There are pieces in the first issue that feel so perfectly illustrated that I’m assuming there must have been more discussion than usual going on. Was this all planned in conversation before work on the book even got started?

Wilson: I absolutely love Nick’s unique gifts — he has such a facility for facial expressions and body language. Every single panel is lush. I wanted to make sure I was writing him a story that gave free rein to his talents. Every collaboration is different, but with this one, I wanted to make extra sure that Nick was having fun and that the lines of communication were open at all times. 90 percent of what a writer writes in a monthly comic book, the reader never sees. It’s a love letter to the artist.

Robles: Willow is a delight to work with and such a skilled storyteller. I feel like we’ve had a great collaborative partnership since the beginning, but with each new script that comes in I notice that it’s more for me. Which is amazing, because I couldn’t tell you what it means to personalize a story for myself. It’d turn into jokes and laughs! Yet here Willow is, focusing on what makes my style and voice work and weaves it into the story. I think that’s an amazing gift and It makes me want to do better and elevate her words to the best of my ability.

Waking Hours feels at once like a finite story and the first volley in a game that could go on forever; given the fates and good sales, would both of you want to stick around in The Dreaming long term in a second series or beyond?

Robles: Absolutely! One of the best things about working on The Dreaming is that its visual library is vast and welcomes anything to everything.

Wilson: I am here until the wheels fall off. I would happily live here. But with any kind of sequential storytelling — whether it’s a monthly comic book or a TV series — you have to have an elegant exit strategy in your back pocket at all times, because you have no idea how many seasons you’re going to get. So I try to keep that in mind as well. Comics are an adventure. 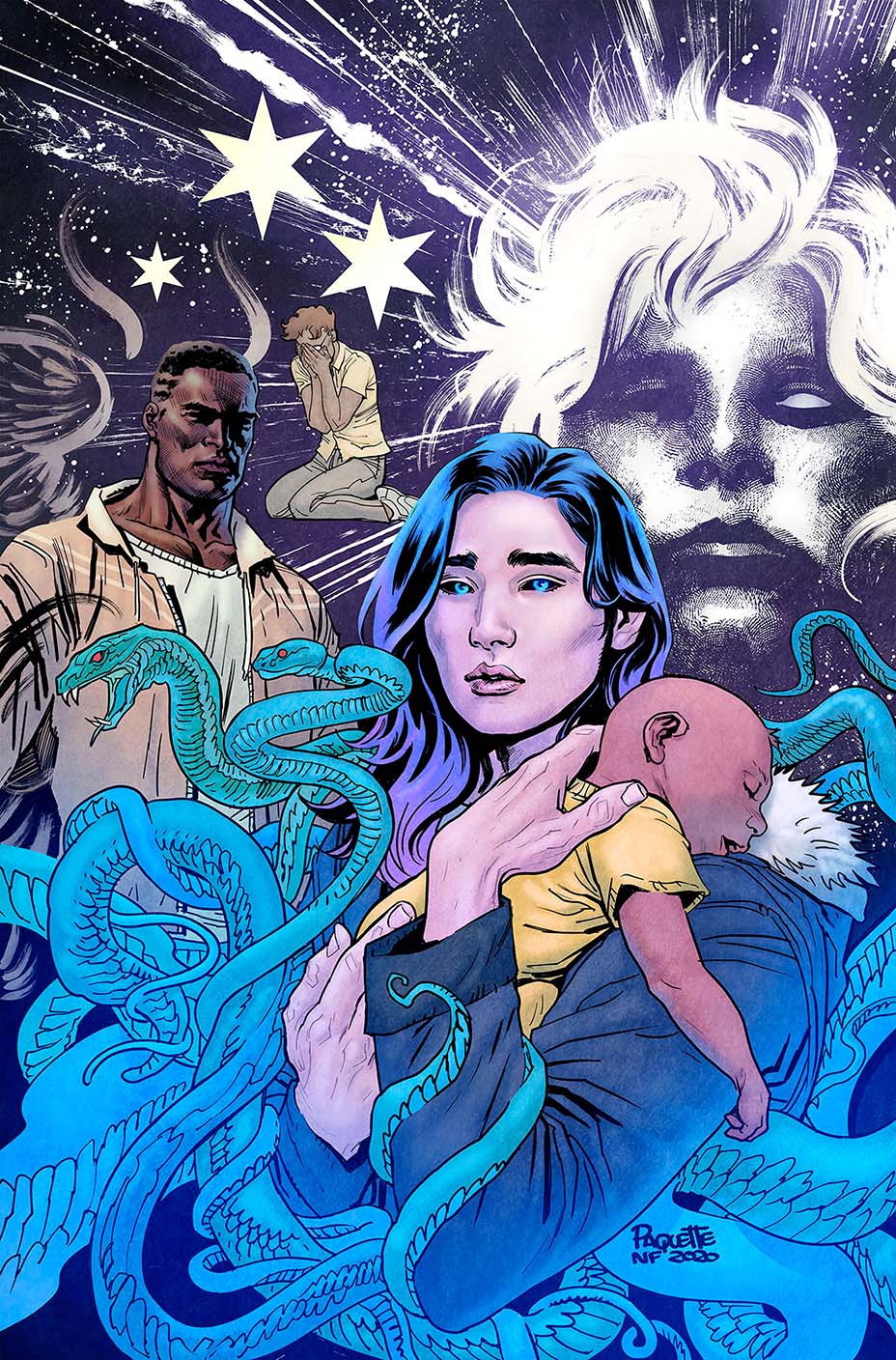 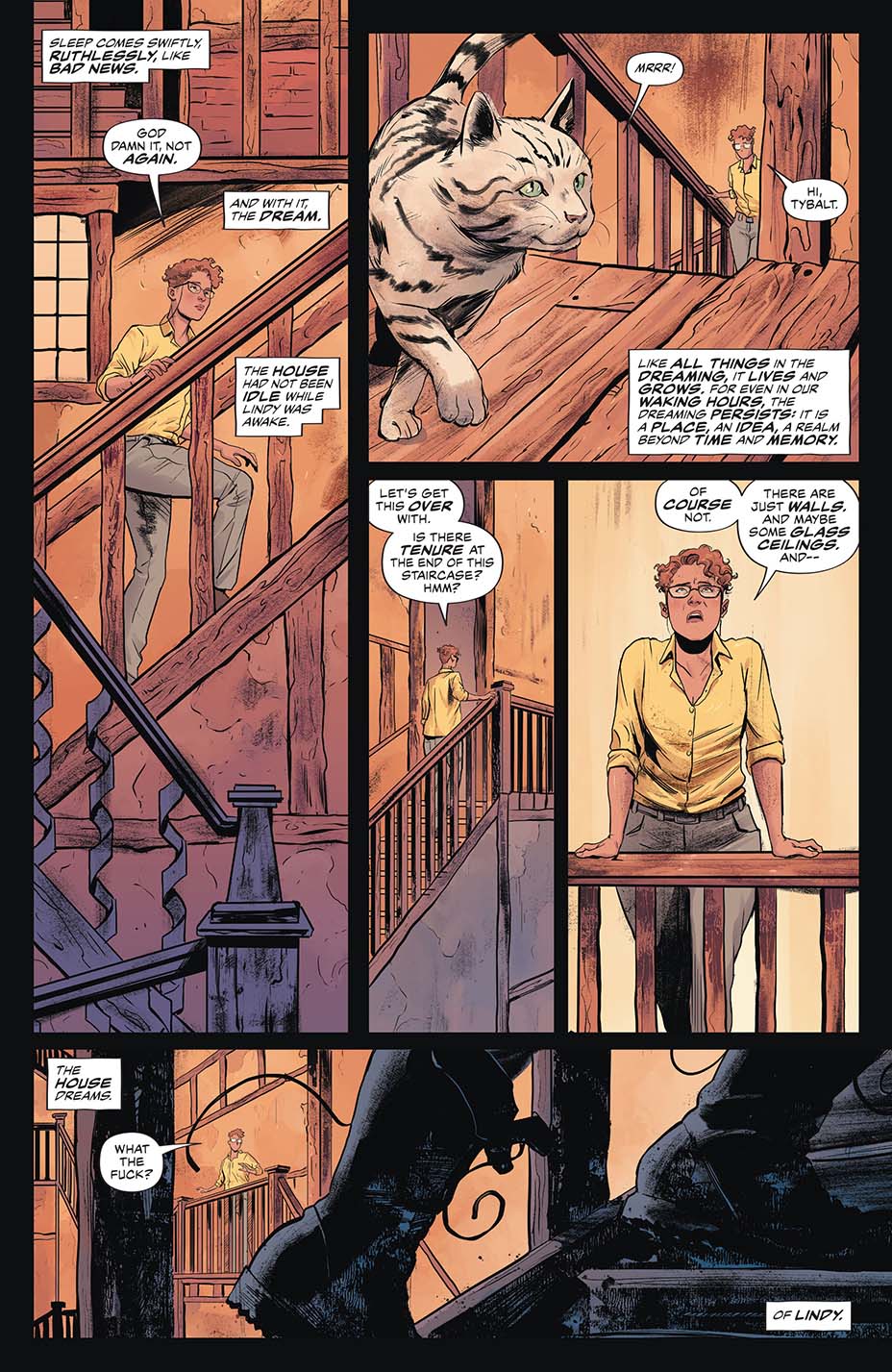 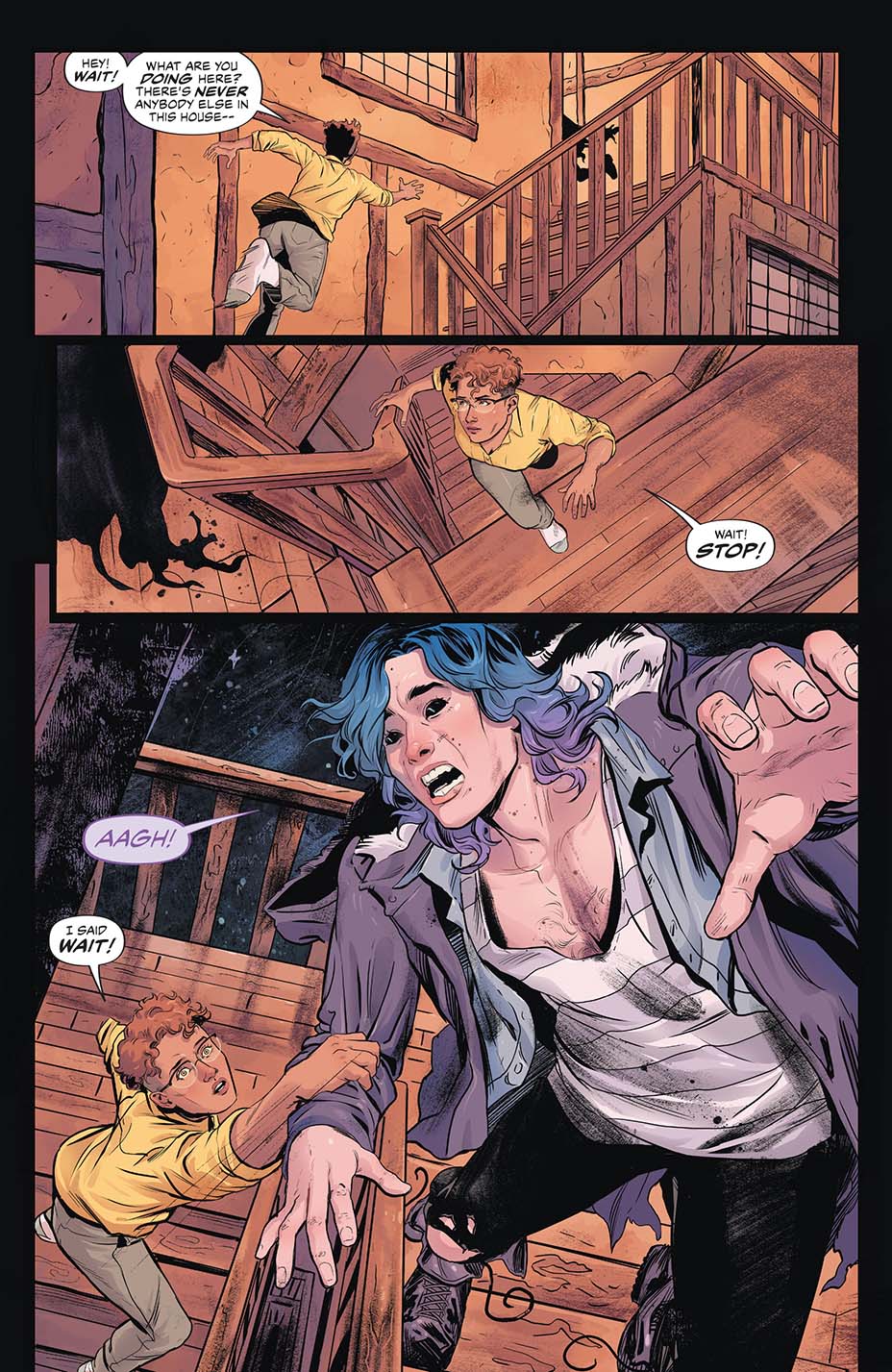 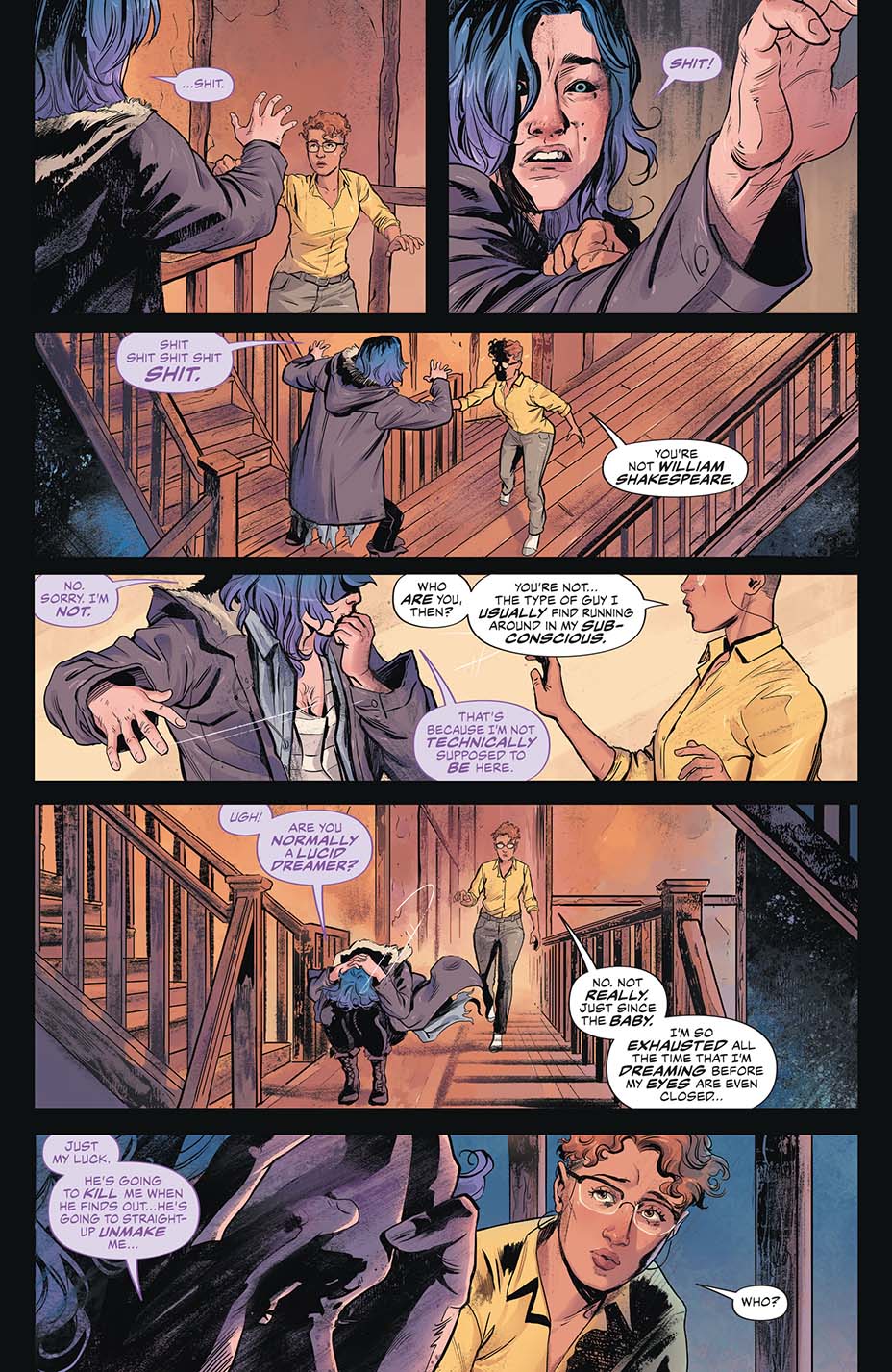 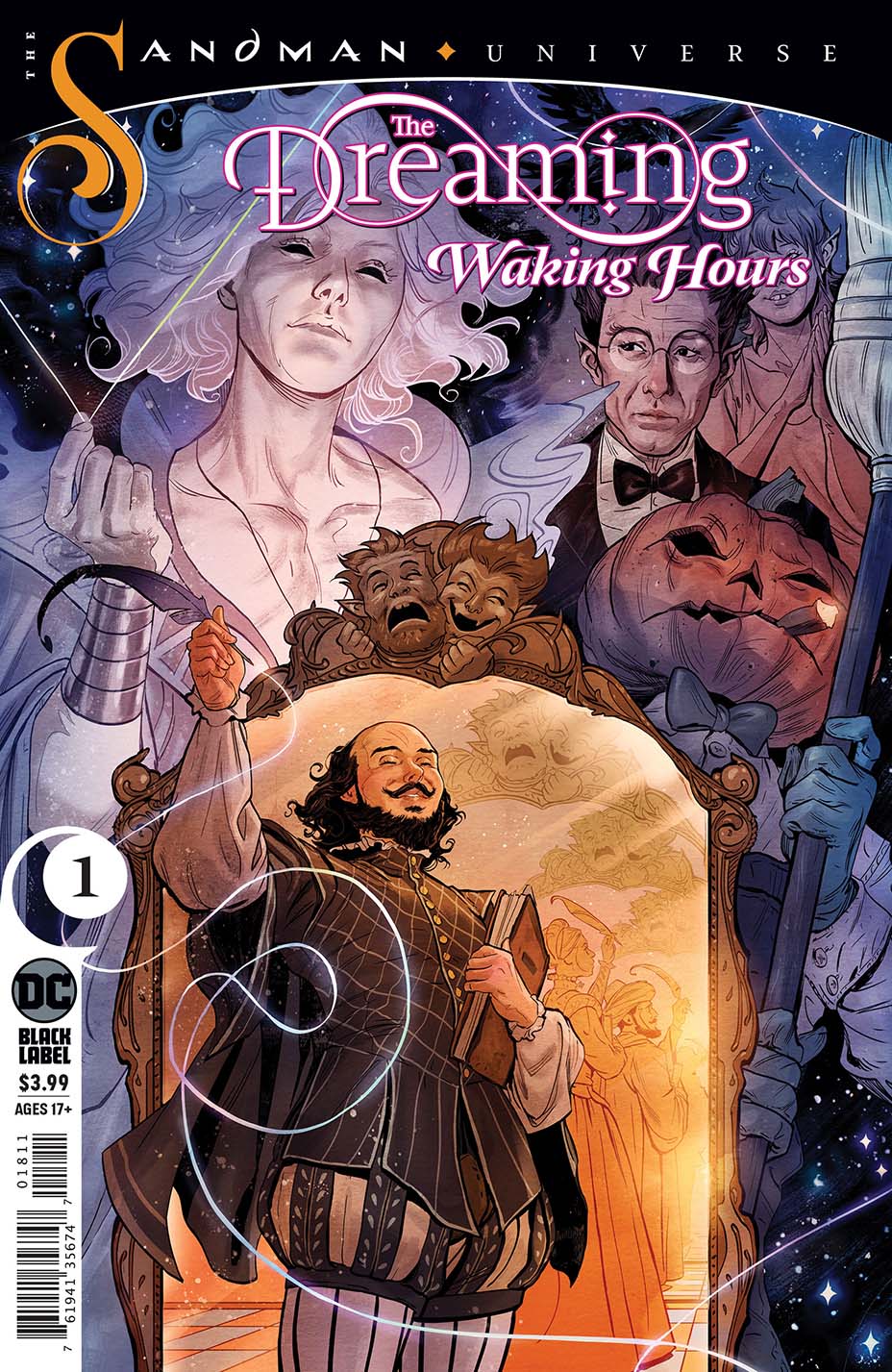 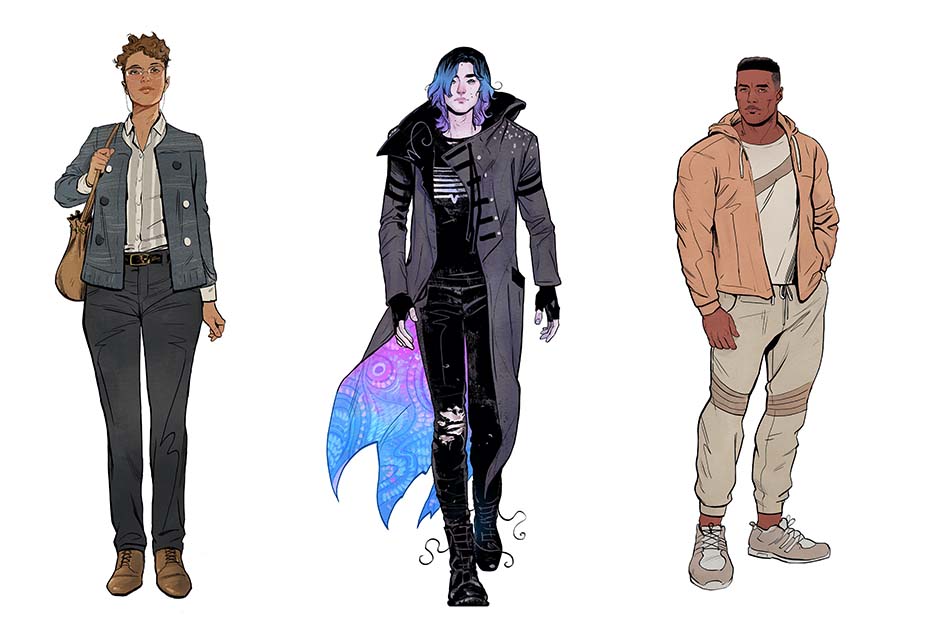 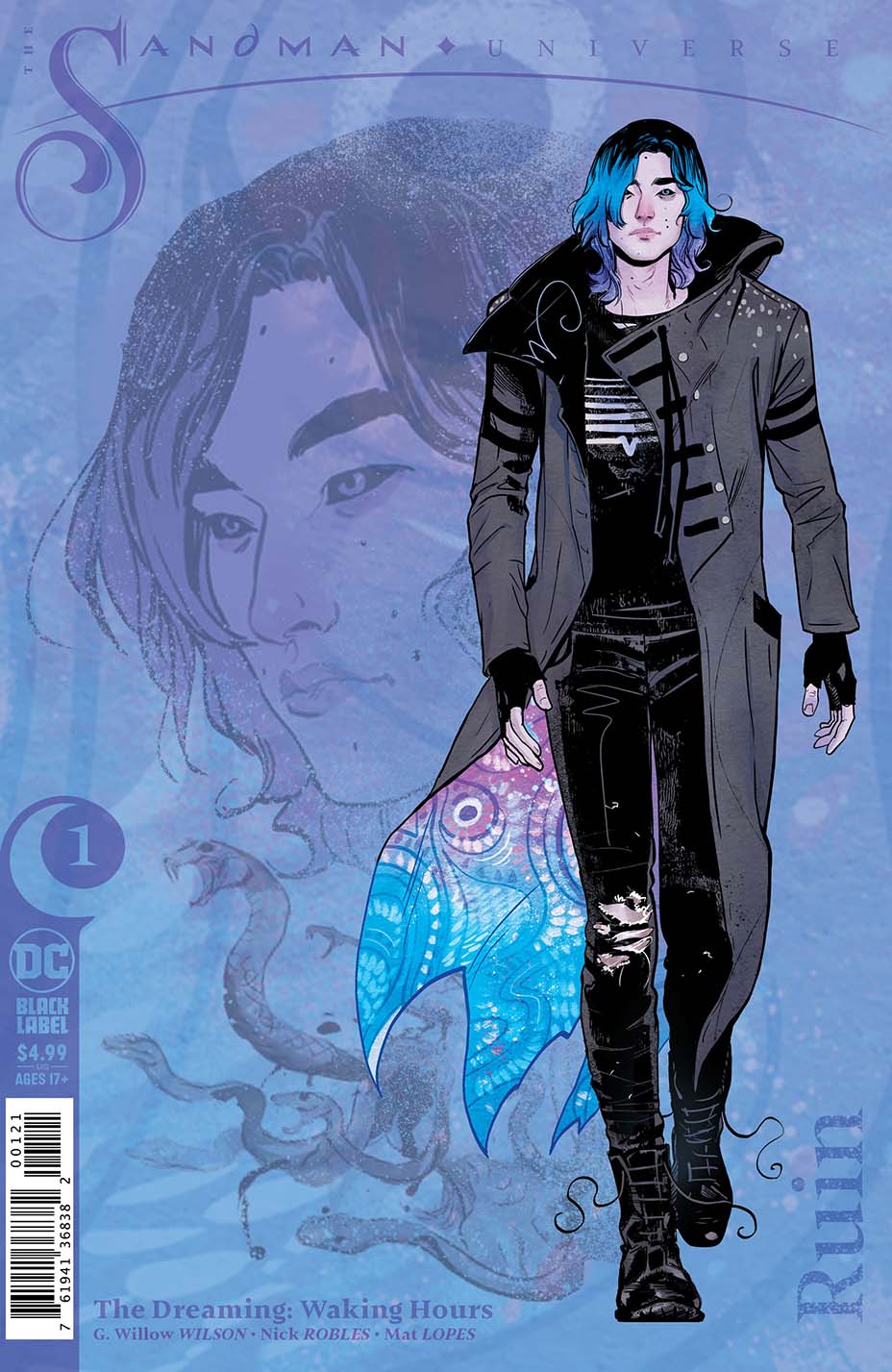 The Dreaming: Waking Hours No. 1 will be available Aug. 4 in comic stores and digitally.