[This story contains spoilers for Fantastic Beasts: The Crimes of Grindelwald.]

Every year between 1998 and 2011, excepting 2006 and 2008, meant a new entry in the Harry Potter series, whether on the page or on screens. Each new entry meant the chance to return to the Potter world, an environment hidden but self-contained (until its climax) within the real world, and each return meant, in a word, everything: A chance to escape from the real world, a chance to revisit the Hogwarts School of Witchcraft and Wizardry, a chance to spend more time with characters we know and grow fonder of as the narrative expands, and most of all — at least temporarily — to be young again.

At their very best, the Harry Potter stories function both as a time warp and a portal to a dimension not our own but to which we’re well acquainted. If books required passports for access, an overwhelming number of the Earth’s population would have pages littered with stamps for trips to Hogwarts and back. Once upon a time, J.K. Rowling did more than write a story and craft a plot. She mapped out a whole ecosystem for readers to lose themselves, and see themselves, in.

It’s fair to expect Fantastic Beasts and Where to Find Them, the first film in the Potter prequel spinoff series, and its follow-up, Fantastic Beasts: The Crimes of Grindelwald, freshly released in theaters this weekend, to meet audiences with the same spirit. They don’t, though. Frankly, they can’t. Fundamentally, these movies are divorced from that spirit; they’re Potter films for adults, ignoring that Potter, even in infancy, was for adults almost as much as for kids. You’d be kidding yourself to draw an equivalence between those demographics. Rowling wrote the books with an audience of children in mind. But she wrote them in terms that spoke to us no matter our place on the age spectrum, too. Rowling created a universe, and she blessed it with a universal language. 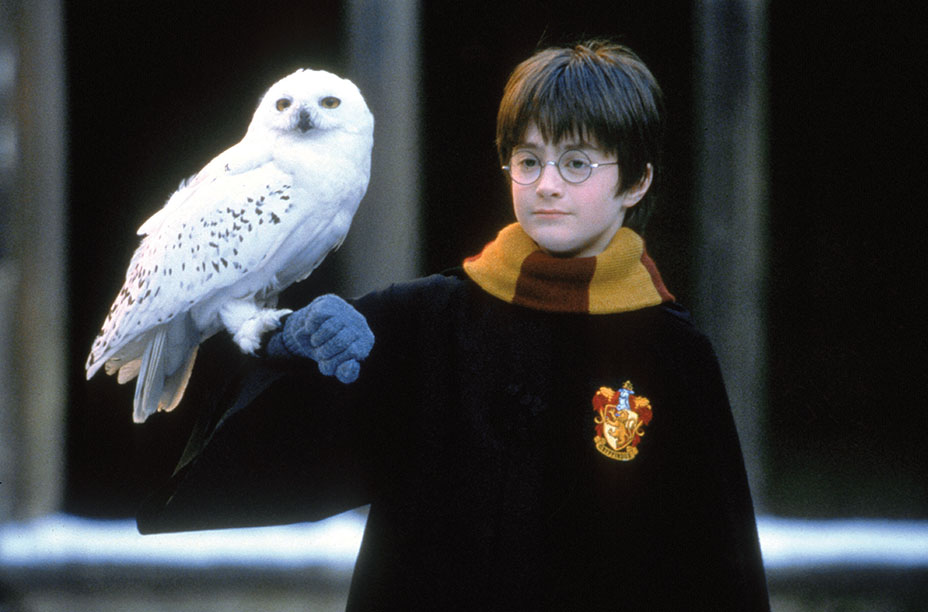 2016’s Fantastic Beasts and Where to Find Them had a passing familiarity with that language, a surprising but allowable offense given both its newness and the five-year gap separating it from Rowling’s original tale. Perhaps its awkwardness — its coltish approach to character, its clumsy blend of intertext (the title derives from a book taught at Hogwarts) with plot — pointed more to rust than rubbish. The attrition of habit has a way of devolving craft. But in Fantastic Beasts: The Crimes of Grindelwald, craft is subsumed by the grind of franchise maintenance, which sacrifices coherence and quality at the altar of ambition. This is a movie with big designs for the Potter world, but it’s absent of the heart to see them through.

That’s about as much generosity as these two films deserve. In the Potter series, imagination is the atmosphere. Magic, as a storytelling conceit and plot device, feeds imagination, true, but Rowling couched imagination in her protagonist, once oblivious to magic’s existence, hurriedly ushered into spaces where magic is just an everyday fact of life. Acclimating to a culture where dishes wash themselves, wands are as ubiquitous as smartphones and infinitely more useful, and society’s preferred modes of transportation include broomsticks, is catnip to the mind on its own. Filtered through the eyes of a child, the wonder that’s so intrinsic to Harry Potter’s identity immediately gains overwhelming creative oomph. You’re experiencing and discovering the boundless and flexible power of magic with the same awe as Harry.

Awe doesn’t put in an appearance in The Crimes of Grindelwald. It’s replaced by “aw,” that nasal expression of disappointment made when expectations are squashed by the harsh vagaries of cash-grab franchising. Wonders because they don’t even start. Adults, in the Potter world, make dull heroes; their perspective is informed by the everyday. The first Fantastic Beasts movie, at least, incorporates a non-magical character’s point of view, and that point of view infuses the film with an amazement frothing around its margins. Here, he’s just another person inured to wizardry’s marvels. Adults are better suited as guides and mentors, facilitating the adventures of Rowling’s kids. The sense is given in Harry Potter that, having exited childhood, adults plateau. They stop growing.

It’s not that they’re incapable of changing or surprising us. Even Severus Snape (Alan Rickman), after his heel turn in The Half-Blood Prince, emerges as heroic. But Snape’s bravery isn’t actually a development. It’s key to who he is, prior to the overarching events of Rowling’s novels. Adults in Harry Potter tend to be who they are. They’re immalleable. Fantastic Beasts: The Crimes of Grindelwald submits to being immalleable. Its characters are inert. By consequence, the plot grows inert.

You can pore over the movie crimes committed in The Crimes of Grindelwald. But its greatest affront is its abandonment of everything the youthful energy that makes Harry Potter worth investing time in to begin with.