How important are a star’s hairstylist and makeup artist, who comprise two-thirds of a glam squad (minus the stylist)? Quite important, as it turns out.

Nailing a look on the red carpet leads to global style press coverage, increased awareness of the film being promoted and beauty trends that catch fire, including the signature look of Felicity Jones, who stars as Ruth Bader Ginsberg in On the Basis of Sex.

Hairstylist Cervando Maldonado and makeup artist Katey Denno started with the first red carpet for a Golden Globes party in 2012, which is when, says Jones, “My love of the eyeliner flick and bangs was born” (the actress has since has grown out her fringe). Denno adds, “Although Felicity has a defined style, she’s always excited to play.”

Fittingly, Shiseido-owned beauty brand Cle de Peau plucked the 35-year-old Brit for a contract, announced in January. Says Denno: “The brand’s liquid black eyeliner is Felicity’s go-to. It gives the perfect flick.” Maldonado, who coifs Naomi Watts and Kirsten Dunst, has taught Jones to add root lift at the crown of the head: “I do my own little backcombing in my everyday life,” says Jones with a laugh. And Denno, a natural-products aficionado hired to “green over” clients’ beauty routines “for which there’s always a three-month waiting list,” turned Jones on to single fake eyelashes. “They are much easier than putting on a whole lash strip,” says the Oscar nominee.

Pulling from her experience playing Supreme Court Justice Ruth Bader Ginsburg, Jones has been helping drive the conversation around gender equality in Hollywood. For a panel, Maldonado and Denno stuck with the signature look of flicked-up black liner and hair worn down with lift at the crown, for feminine and strong results. Predicts Denno of the upcoming awards season: “We’re moving away from crazy intense lashes and contouring. The looks [this season] are going to be more au naturel, which is exactly what Felicity has always done.” 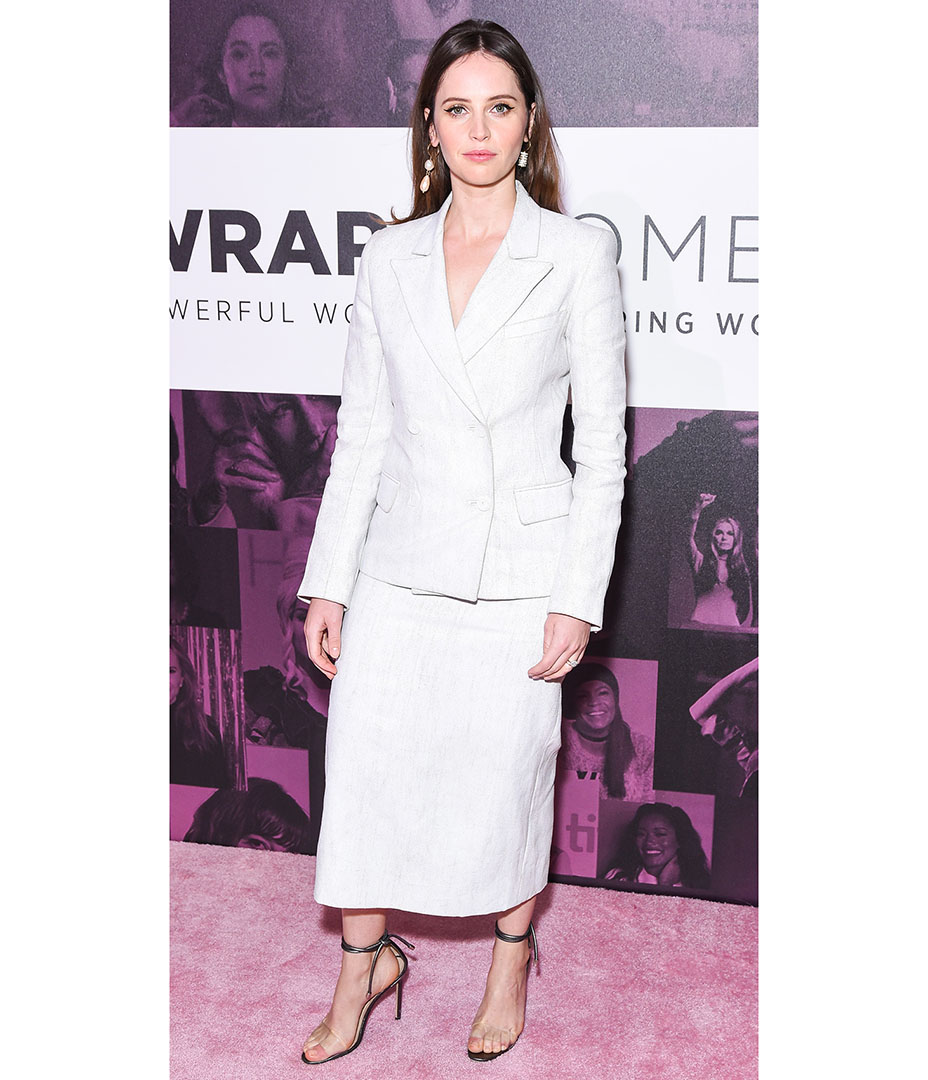 Stay tuned for more of The Hollywood Reporter’s Top 15 Glam Squads — check in Wednesday, when the entire list rolls out.