Julie Roginsky was optimistic walking into her first meeting with an agent after leaving Fox News in 2017. A charismatic Democratic strategist and daughter of Soviet dissidents, Roginsky supplied a rare progressive voice on Fox shows like The Five and Outnumbered. The agent, who represents major TV news talent, had been pursuing Roginsky heavily over the previous year, dangling the prospect of incredible opportunities at Fox and elsewhere. Roginsky seemed poised to transition from part-time commentator to one of the network’s full-time co-host slots, a role that typically comes with a seven-figure salary and the promise of lucrative book deals and speaking fees.

But in April 2017, Roginsky became one of several women who sued the network and its former CEO, Roger Ailes, for sexual harassment. She alleged Ailes propositioned her in his office and made a potential promotion contingent on a sexual relationship; Fox, which had renewed her contract three times since 2011, let her deal lapse in June without a renewal.

Public reaction to women like Roginsky was largely positive, as Ailes’ downfall foretold the #MeToo movement that would explode in October 2017 with news stories about Harvey Weinstein, and, eventually, a parade of disgraced powerful men. But privately, Roginsky was hearing a different message, including at her meeting with the once-enthusiastic agent. “The first thing she said to me, with a bit of a smirk, was, ‘Well, do you feel better? Did you get that out of your system?’ ” says Roginsky, 46. “As though I were a child throwing a temper tantrum.”

The agent made clear that she represented other talent at Fox and didn’t want to harm her relationships by handling Roginsky. A call with a second agent went about the same, Roginsky says. “She told me she didn’t want to put her other clients at risk by working with me or with any other woman who had sued a network,” she says. Boxed out of the news business, Roginsky has returned full-time to the political consulting firm she founded in 2003, where she’s worked for Sens. Cory Booker and Frank Lautenberg.

While the message of #MeToo has exhilarated women across a variety of fields — and become a feel-good theme in the new Lionsgate movie about Fox News, Bombshell — the reality for those who helped usher in the movement at Fox has largely been one of professional disempowerment. More than three years after Ailes resigned, Roginsky and most of the other women who filed sexual harassment lawsuits at the network have yet to find another job in TV news.

Some of the chilly reception the women are getting may have to do with the particular type of talent Ailes recruited. “Roger notoriously took a lot of people who didn’t have traditional news backgrounds and put them on television,” says one agent who represents top TV news talent. “They don’t necessarily have skill sets that are applicable outside of Fox.” But many people have left Fox News and gone on to thriving careers elsewhere in TV news, including Alisyn Camerota and Kirsten Powers, both now at CNN, and Abby Huntsman, now a co-host of ABC’s The View.

It is specifically the women who brought sexual harassment lawsuits who have largely found the rest of the TV news industry inhospitable. Even the most high profile among them are no longer working in TV news. Gretchen Carlson, who won a $20 million settlement in her Ailes suit, has probably fared the best—she signed with ICM in February of 2019 and has a first-look deal with A+E Networks to host documentary specials. Megyn Kelly, who confirmed that the news chief had sexually harassed her, had her contract with NBC terminated after she made comments regarding the appropriateness of blackface as part of Halloween costumes. Kelly’s NBC split had less to do with her history of supporting the sexual harassment suit at Fox than it did with her rocky ride at NBC, including underwhelming ratings and, notably, a public push for the network to hire an outside firm to investigate its handling of Ronan Farrow’s reporting on Weinstein. (NBC disputes that Kelly’s departure stemmed from anything but her blackface comment). 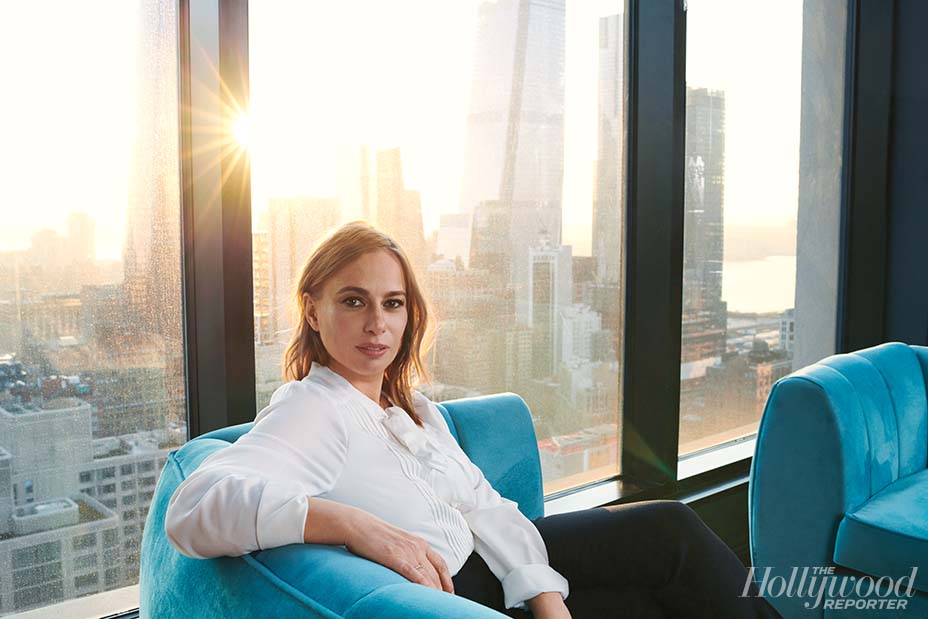 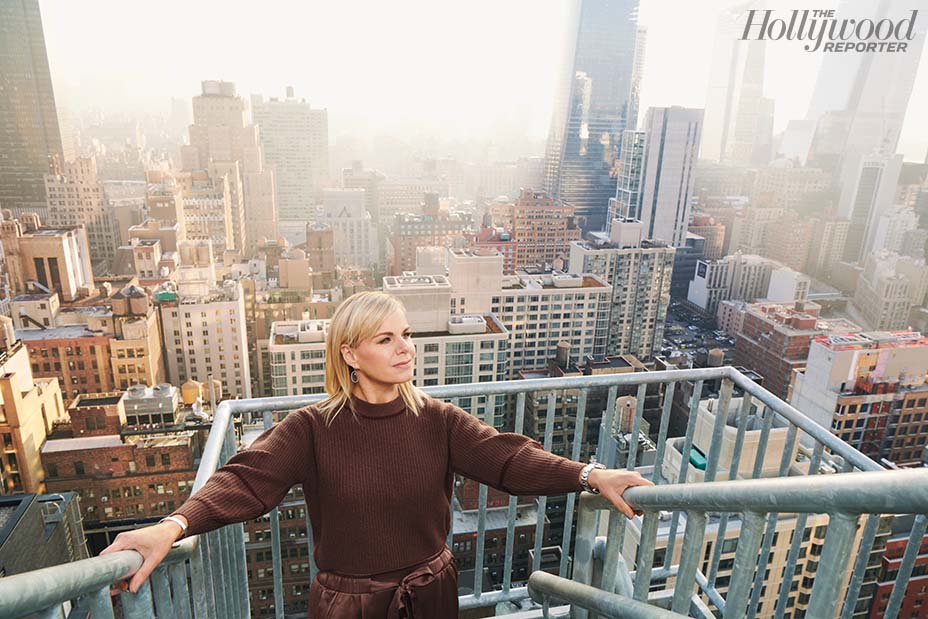 “The minute after a titan falls, about three weeks later, I’ll look up on the television screen and I’ll see a chyron go by asking, ‘When is Bill O’Reilly making his comeback? When is Matt Lauer making his comeback? What about Charlie Rose? What about Les Moonves?’ ” says Carlson. “And you know what the chyron should say? ‘Where are all the women who have lost their careers?’ That’s a crucial piece of the puzzle, to change the perception that she’s hirable again. On its face, it sounds so stupid. Why would you not hire a woman who’s made it to the top of the game? It makes no sense at all. Except she had the courage to come forward and say that somebody was treating her like crap.”

Many of the former Fox News women believe they now wear a scarlet letter, that an industry that once saw them as rising stars now sees them as toxic. “It’s so disgusting, it makes my stomach churn,” says Kelly’s lawyer, Bryan Freedman, of the TV news industry’s treatment of other women besides Kelly who have sexual harassment settlements with Fox. “It feels retaliatory.” 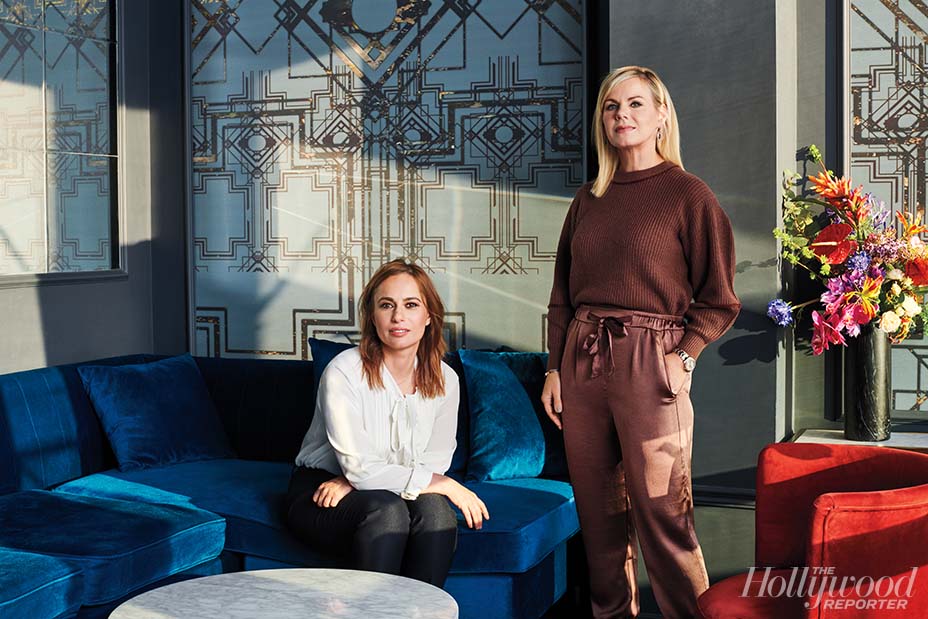 Rudi Bakhtiar, who anchored CNN’s Headline News Tonight before working in Fox News’ Washington bureau, weighed the possibility of career implosion before she complained about sexual harassment by her bureau chief at Fox. “When I was deciding what to do, what I could never get out of my head was Anita Hill,” says Bakhtiar, 53. “I remember watching her testify. I could just feel that she was telling the truth. And look at him now, and where is she now?”

Bakhtiar, who moved to the U.S. from Iran at age 17, carved out a niche for herself as an international news expert in her nearly 10 years at CNN and was envisioning a Christiane Amanpour-like career. When CNN wouldn’t allow her to take time off to attend to her dying father, she quit, joining Fox in 2006, signing a three-year deal at the network and serving as a weekend correspondent. After Bakhtiar’s agent reported sexual harassment to an executive at the network in 2007, her contract at Fox was terminated; she settled with the network for $700,000, roughly $500,000 of which, she says, went to legal fees and taxes. The only TV news opportunities Bakhtiar could find after she left Fox were in local news, which felt like a step down. “I wasn’t bouncing back,” Bakhtiar says. “No one was hiring me.” So she founded a nonprofit organization for Iranian Americans, and later worked for Reuters and Voice of America and filmed a documentary about the Kurds. Bakhtiar reported in Iraq and Syria, entering Aleppo after Al Jazeera had pulled its staffers and journalist Marie Colvin had been killed. She stood within 1,000 yards of ISIS troops. “I put myself in so much danger,” Bakhtiar says. “To prove something. That I was still a real journalist I guess. To who, I don’t know. To myself, to the world.”

In July 2016, Bakhtiar was working at Reuters when The New York Times reported on her case in conjunction with Carlson’s suit against Ailes, making Bakhtiar’s story public for the first time. While her untimely, quiet departure from Fox News in 2007 had damaged her reputation in TV news circles, her status nine years later as a woman at the center of a national story about sexual harassment brought new problems. When the Times story ran, a male colleague at Reuters who had been training Bakhtiar to use a video editing system asked not to be assigned to work with her. “It was interesting how people changed with me,” Bakhtiar says. “Suddenly I’m a threat.” After the 2016 presidential election, when Reuters did not renew Bakhtiar’s contract, she moved to L.A., began hosting an English-Farsi radio show and caring for her mother, who has Alzheimer’s. “Sometimes I wonder where I would be right now if [the sexual harassment] hadn’t happened,” Bakhtiar says. “I would probably be making $800,000 a year. My mom would have better care. I would have a 401(k) plan. And I would be a big shot. A bigger shot, actually. I was a big shot.” 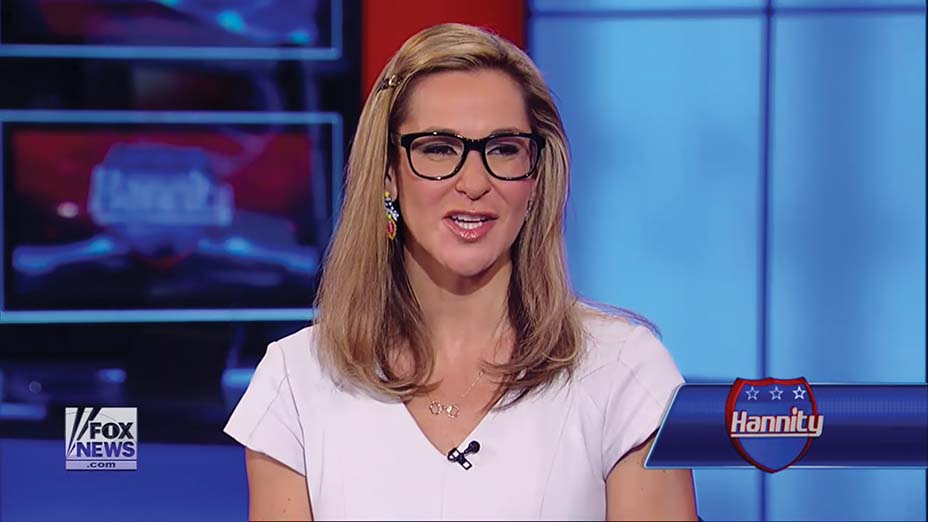 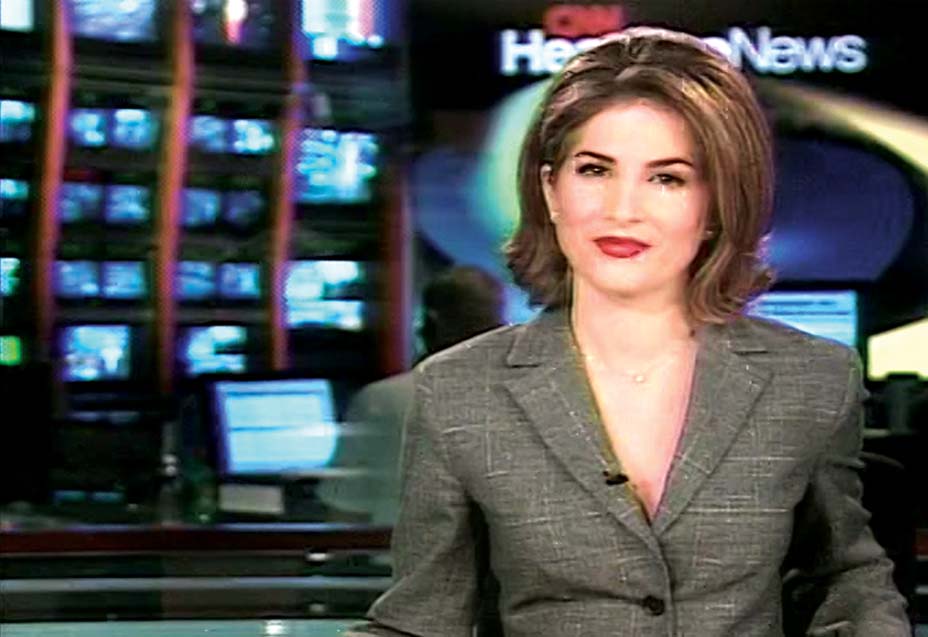 Like Roginsky, Tamara Holder found agents not only unhelpful but scornful after she spoke up about a Fox executive. Holder, a legal analyst who often appeared on Sean Hannity’s show as a left-leaning foil for the conservative commentator and who started a Fox.com show called Sports Court about legal and political issues in sports, says she was sexually assaulted by an executive at Fox in February 2015. Holder says her agents at ICM Partners advised her to keep quiet about the matter — speaking up would get her branded as “toxic,” they warned. Nevertheless, after Ailes’ departure from the network in the fall of 2016, Holder reported the incident. Fox fired the executive, awarded Holder a $2.5 million settlement and did not renew her contract when it ended in January 2017. Holder’s agents, who had advised her against reporting the assault, dropped her when she did. (ICM hired law firm Latham & Watkins to investigate the agency’s handling of Holder’s case; the firm concluded there was no wrongdoing on the agency’s part.)

Without an agent, Holder tried to drum up work through her own contacts, including calling an executive at ESPN who had liked Sports Court, but she couldn’t interest any networks. “If somebody wants to say, ‘Well she sucked on TV,’ that’s fine,” Holder says. “Except they renewed my contract three times before that. Why would I all of a sudden suck?”

Without TV prospects, Holder moved back to Chicago and returned to practicing law full time, focusing on some of the same issues that had led to her departure from Fox. She’s currently representing 26 clients in a lawsuit against two hospitals that employed a Chicago gynecologist who has been charged with sexual assault. Holder says she sought therapy for trauma symptoms related to her assault and took MDMA under the guidance of her therapist (the club drug is used in trauma treatment, though not FDA-approved). “I don’t want to be defined as an ex-Fox News contributor,” she says. “That is a moment that happened to me. I don’t want to live in that past.”