AfterShock Comics’ latest series centers around the dangers posed by social media and the internet — and, given that this is a horror series, those dangers are not exactly what audiences might be expecting.

I Breathed A Body is, according to writer Zac Thompson, “a supernatural horror book set in Silicon Valley about the voyeurism of violence. Thanks to social media, we’ve become prepared to see death and despair at any moment. Modern social networks are a relentless barrage of provocative content designed to keep us outraged, engaged, and fearful. This book is an indictment of the Big Tech companies who engender and profit from this vitriolic environment.”

Specifically, it’s about Anne Stewart, the social media manager of Mylo Caliban, an extremely successful online personality and self-styled prankster, who’s posted something almost unspeakably horrific — something that Anne now has to try to deal with the fallout from, even as it pushes her in even more terrifying directions.

“Before coming to comics, I worked with YouTube influencers for years. I was a video producer creating content and attempting to leverage the labyrinthine algorithms that keep viewers engaged. Since then, the landscape of social media has changed for the worse,” Thompson explained. “This series will explore the ramifications of our collective moral outrage, its role in society, how/if it can affect change, and what it means to worship content above all else. If nothing is famous for longer than five minutes, does anything matter anymore?”

The series has some specific influences, the writer revealed. “I wanted to take everything I love about [Clive Barker’s] The Hellbound Heart and push it into the modern era with a distinct ‘alt-future’ lens,” Thompson said. “I’m also channeling the work of Alex Garland taking inspiration from his recent show Devs. But also leaning into some of my recent obsessions in the world of weird fiction like Jeff VanderMeer, Yoko Ogawa, and Thomas Ligotti to build a strange, horrific, and surreal world. There’s also plenty of David Cronenberg influence, and a little of Michael Haneke’s Funny Games at play.”

The series will be illustrated by Andy MacDonald, whose work Thompson described as “stunning,” with colors from Triona Farrell. The two, Thompson said, are “an outstanding team. The shiny sun-drenched world of San Francisco and the dark and moody underbelly of horror beneath it all. Andy’s linework is confident and detailed to create a rich world that slowly coils around you, while Triona’s colors act as this radiant and brilliant lure.”

The announcement of the new series comes as the first collection of Thompson’s earlier series Undone by Blood is sent back to press after selling out. “Seeing such an incredible response to the Undone by Blood trade legitimately warms my heart into a near volcanic state,” Thompson said. “As a creator, there is nothing more rewarding than seeing your work find a passionate and growing audience. Thrilled to hear we’re going back to a second print, and so excited to see a whole new host of people discover Sweetheart, AZ, Ethel Grade lane, and good old Solomon Eaton.”

I Breathed A Body will launch January 20, 2021, digitally and in comic book stores. Look below for a preview of artwork from the first issue, as well as MacDonald and Farrell’s cover to the issue, as well as Trevor Henderson’s variant cover. 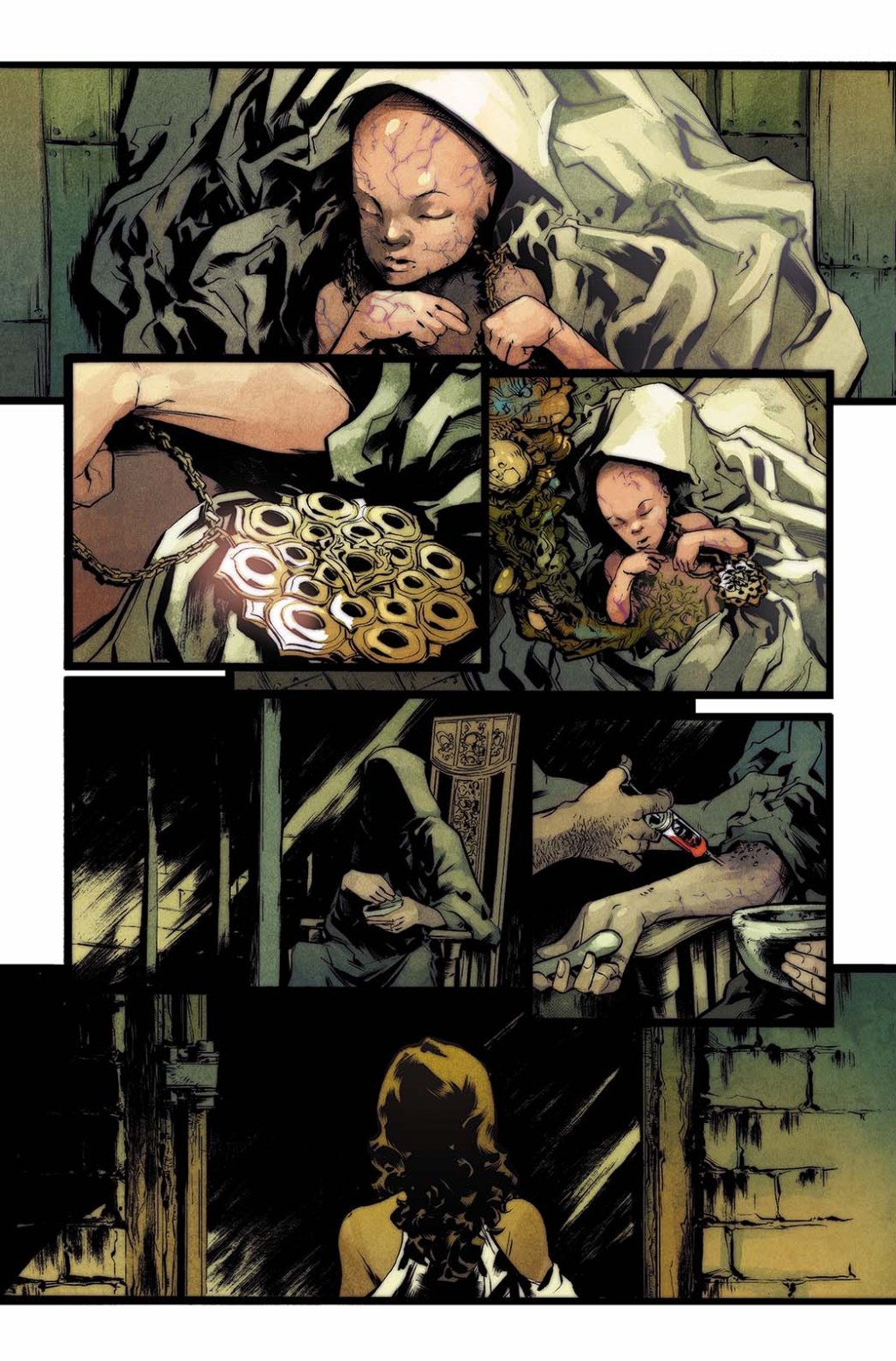 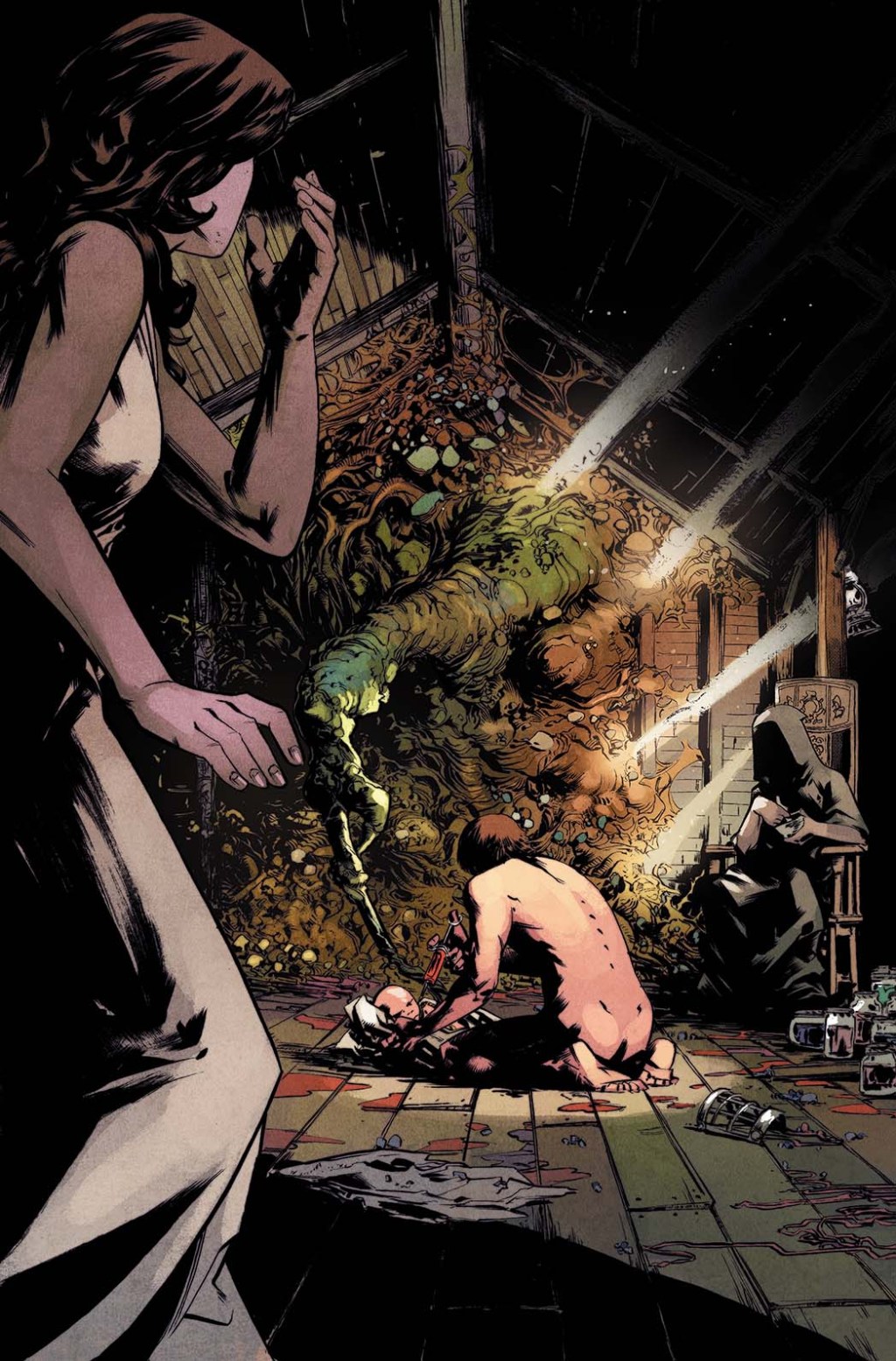 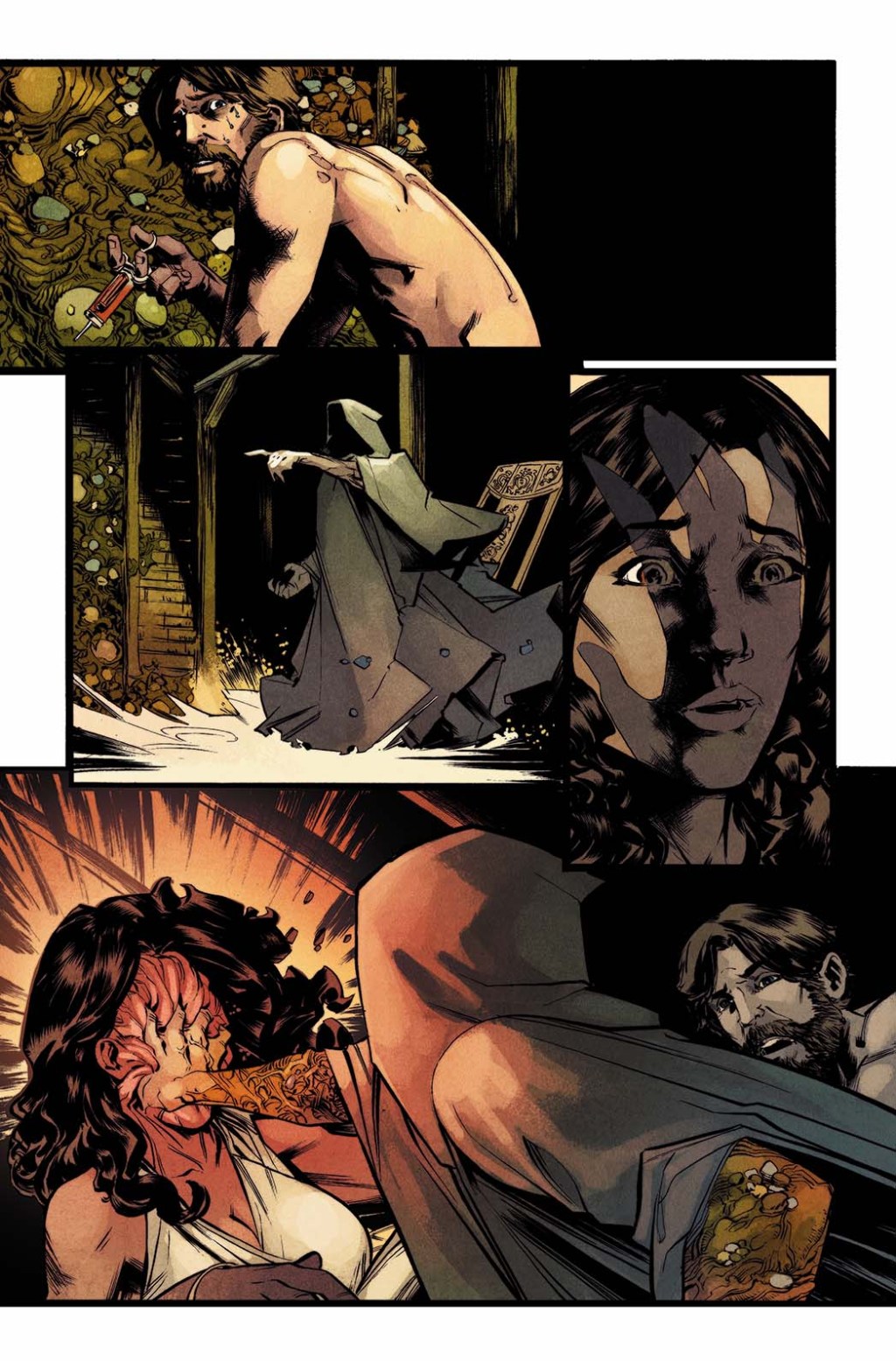 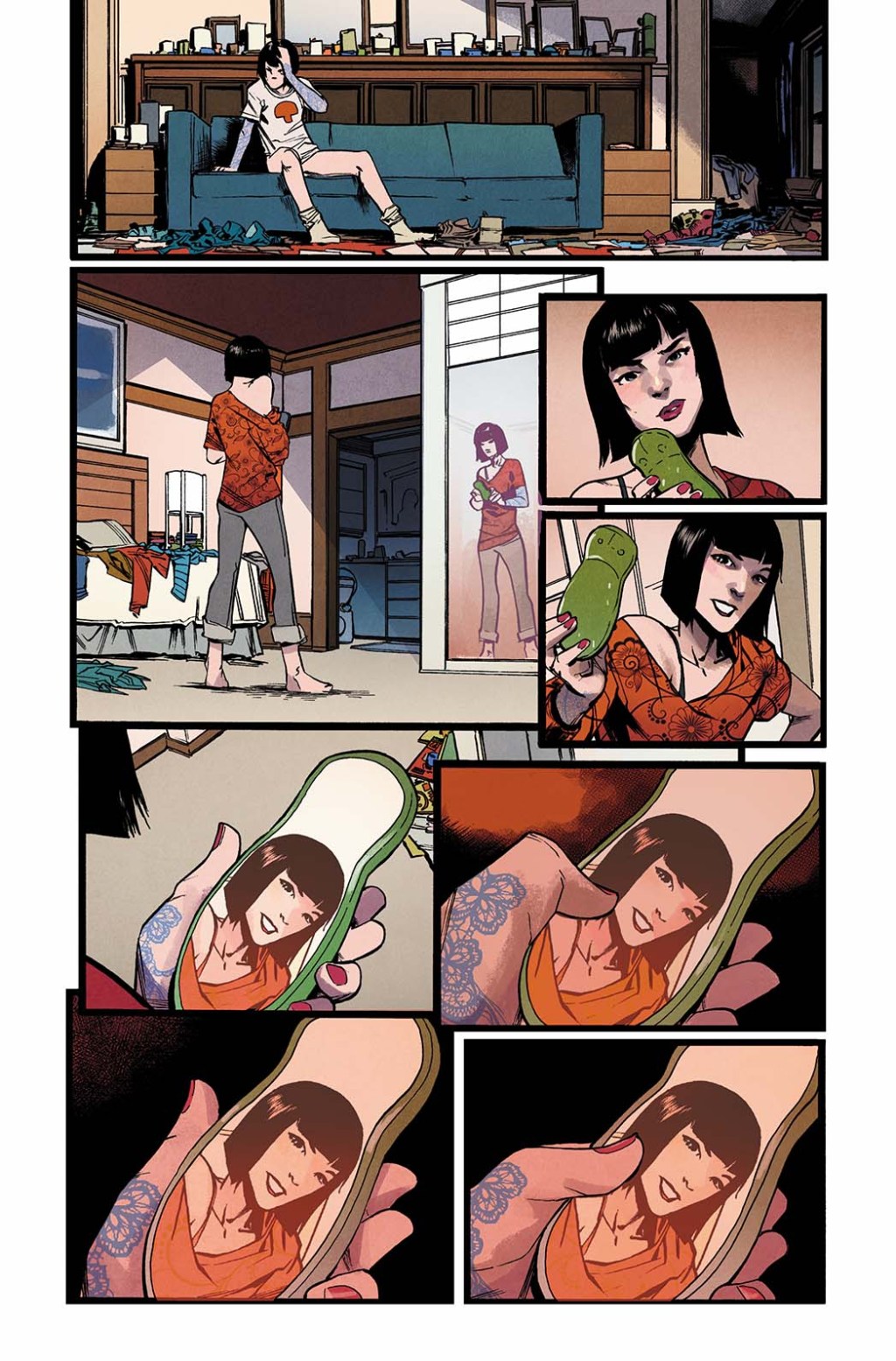 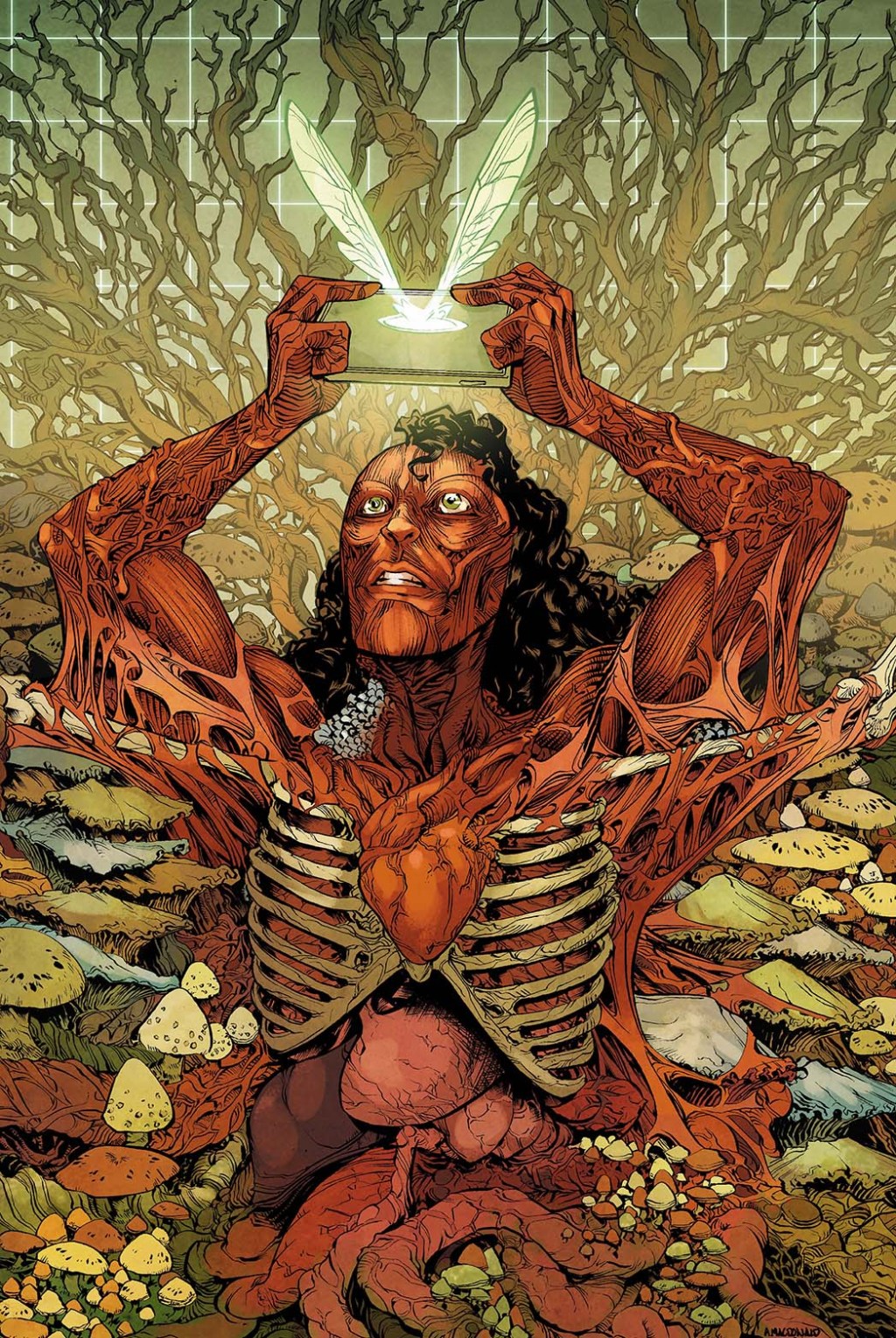 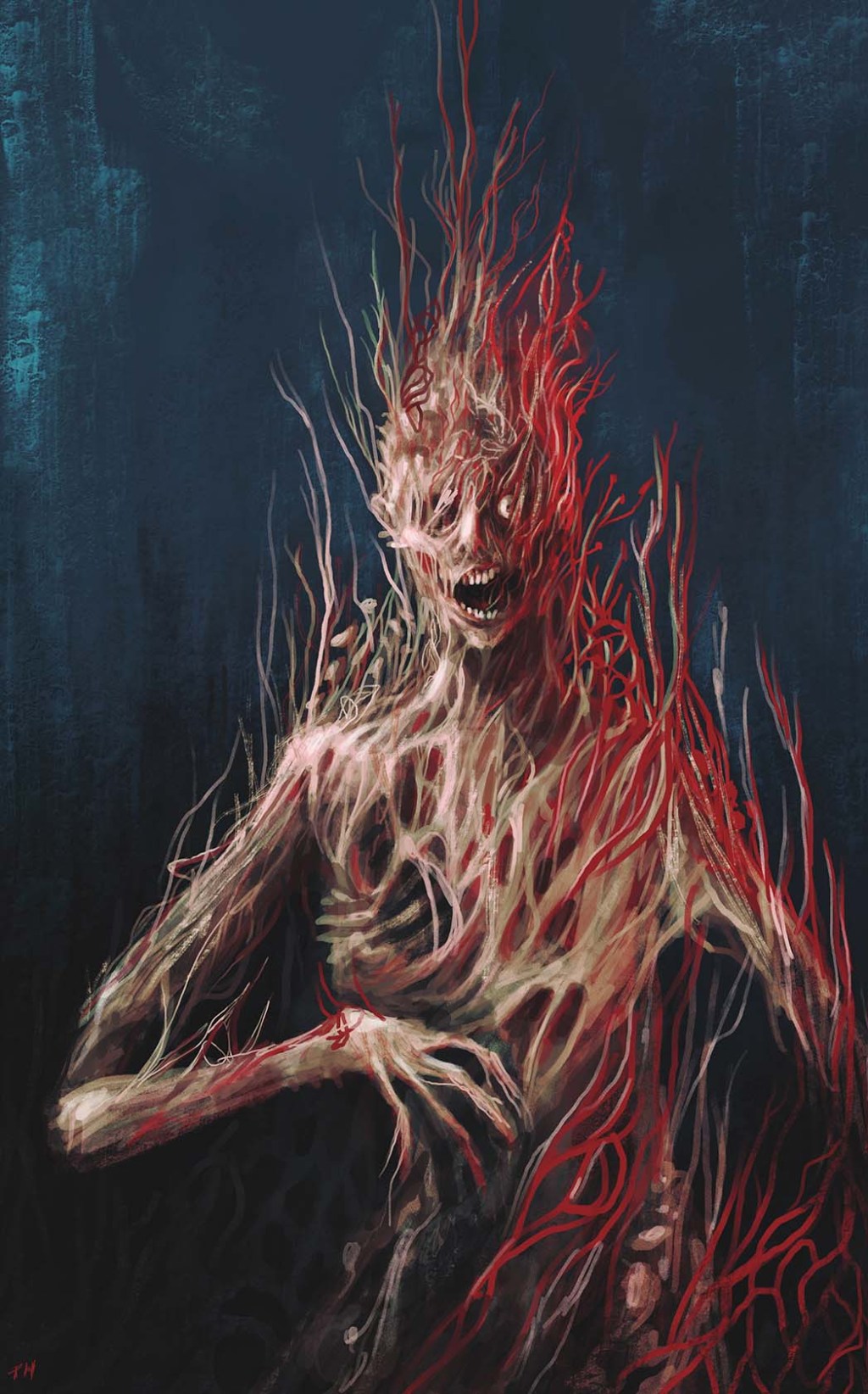