As regular game nights have transitioned to virtual gatherings, irreverent party games like Quiplash and Fibbage have become household names. But they weren’t intended solely for remote play, the CEO of the company behind these titles, Jackbox Games, tells The Hollywood Reporter.

“Our games are initially designed for in the room party play,” says Mike Bilder. “They’re meant to be a group of people — friends, family — huddled around a television playing a games in a party-like atmosphere.” Back in 2014, when the bluffing game Fibbage first launched, players started streaming it on Twitch. “It became a little bit of a novel discovery for us that, it doesn’t matter where you’re at in the world, if you can see the screen and you can see someone’s room code you can join the game and play along.”

Before the novel coronavirus pandemic spread across the United States and resulted in stay-at-home orders, the Chicago-based company was already embracing the idea of virtual game nights and catering toward people who wanted to play games remotely by expanding its streaming and censoring capabilities. “But I’ll be honest, we were pretty surprised in March when everyone started playing our games over Zoom and that became the sort of de-facto way to play our games,” says Bilder. It helped that Jackbox’s functionality — using mobile phones as controllers, where each player joins an online room code to see and participate in the game — is a simple and ideal setup for people to converse without being in the same room. 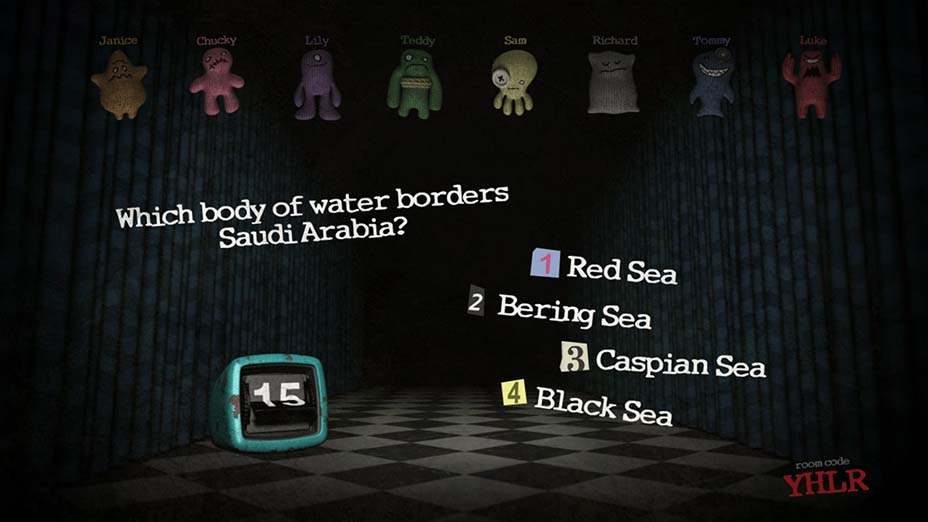 Pretty soon, the company saw a spike in traffic and server numbers that Bilder describes as “pretty huge.” While Thanksgiving, Christmas holidays and New Years Eve are typically the biggest times of year for people to play Jackbox games, Bilder says that he started seeing daily traffic in March that was rivaling or beating that of a Thanksgiving holiday and weekend traffic that was exceeding New Year’s. “Right off the bat it was kind of an overnight spike, which led to a number of challenges, but kind of a good problem to have,” says Bilder.

The significant bump not only affected Jackbox’s U.S. traffic, but also its worldwide numbers. “Video conferencing, as you know, doesn’t matter where you’re at,” Bilder explains. “When it became known that you could play our games in that manner, it expanded the ability for folks to recognize, ‘hey I’ve got family that live overseas and I can play with them,’ so we saw a pretty big spike across the board.”

Jackbox offers a wide variety of games. It has multiple party packs with five games in each, from strategy titles like Bomb Corp where you have to disengage a series of colored wires before they explode, several trivia games, a custom t-shirt and slogan designing game, Pictionary-like favorite Drawful and rapping game Mad Verse City. The company recruits writing talent from the local comedy scene, including Second City and The iO Theater. 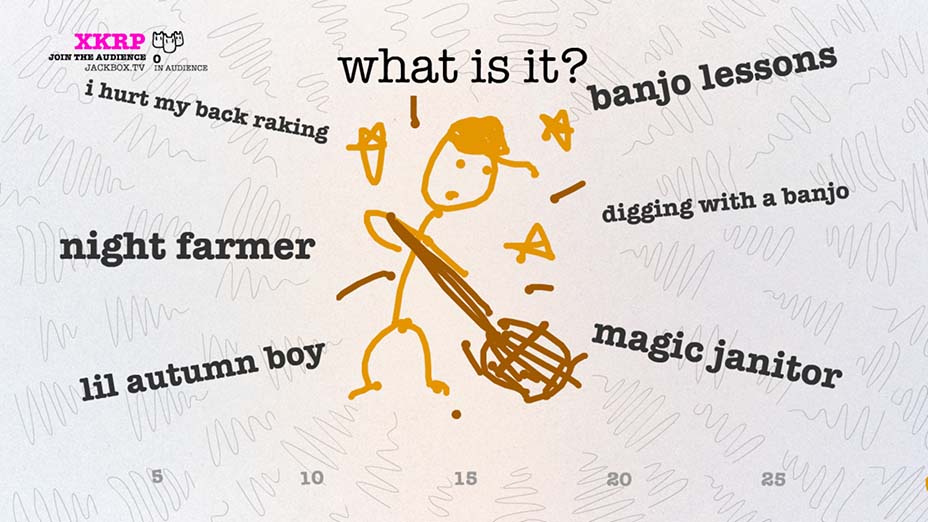 “Everything was played a lot more than it typically was,” says Bilder of the spike early on in quarantine. He even noticed people talking online about some of the deep cut titles, like auction game Bidiots, which he says tends to be “polarizing” for people — they either love it or hate it. “It makes us smile as developers when some of these games that maybe don’t get the attention they typically would are suddenly trending.” The game asks users to bid on “fine art” that their fellow players have created and read hidden tips on their phones about which pieces may be worth the most amount of money.

Noting that the video game industry as a whole is a sector that’s doing well right now, Bilder attributes some of Jackbox’ success to the inherent setup of the games. “I think a lot of that has to do with social interaction too, our games are meant to get people talking and communicating in a room, they’re not just, kind of a heads down, let’s connect on a server and play a first person shooter or something. I think there’s a lot of people craving social interaction during quarantine.” 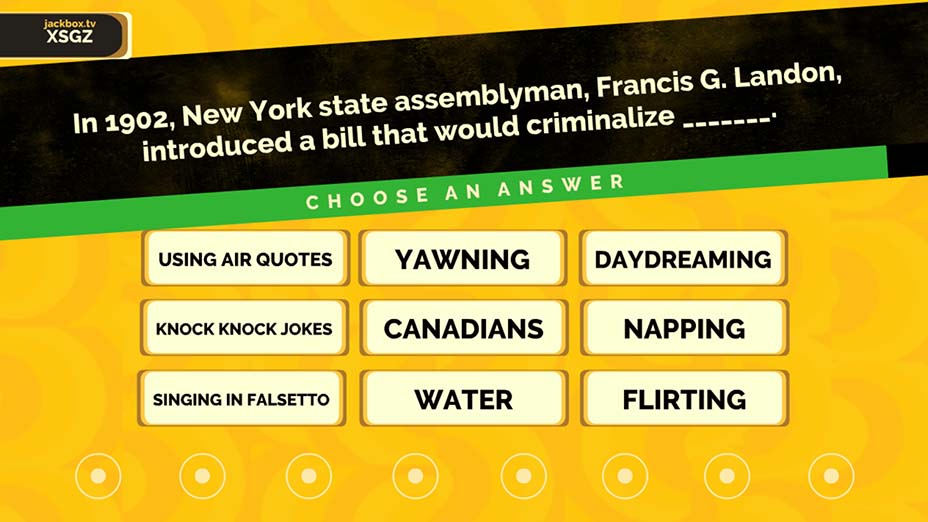 The company is currently in production on Party Pack 7, due for release this October. Some of the games in the pack have already been announced, including public speaking game Talking Points and character-driven drawing game Champ’d Up. “I think if [remote play] becomes somewhat of the new norm, there’s likely to be some features and some tools or settings that we pursue to make it easier for people to play over tools like Zoom and other video conferencing software,” says Bilder, adding that those applications can sometimes be a little bit cumbersome for the novice user.

Bilder acknowledges Jackbox’s success comes amid much turmoil in the world, with many people unemployed, ill and facing immense challenges due to the pandemic. The company recently pledged to give $1 million dollars over nine episodes of a celebrity Jackbox games and giving stream that was broadcast live on YouTube and Twitch, and featured top names including Charlize Theron and Jack Black spreading awareness about COVID-19 charities.

“With each stream we donated $100,000 to that charity,” says Bilder. “That’s what we did to try and put a little goodwill into the world and as a give back for some of the success that we’ve seen.”

As for his personal favorite Jackbox title, Bilder says that Quiplash spawns laughter with just about any group of people. But he’s particularly fond of the strategy involved in Push the Button, an alien adventure described on the company website as a game where “crew members will compete in a series of tests to determine their humanity.” Jokes aside, it’s not as easy as it seems.