Six years ago, Neil Druckmann, a game designer who had previously worked on the Uncharted and Jak and Daxter series, made his directorial debut with the dour, postapocalyptic survival-horror title The Last of Us.

“This game is going to suck,” Druckmann recalled thinking at the time as he sat down with The Hollywood Reporter during a recent media demo session for the game’s upcoming sequel, The Last of Us: Part 2. “I love this game, but I don’t think anyone else is going to like it,” he added. “At least I got to do it one time.”

Luckily, Druckmann’s instincts were wrong. The Last of Us debuted on June 14, 2013, on the PlayStation 3 and quickly sold more than 1.3 million units, the biggest launch of any title that year. Lauded critically, the Naughty Dog game won over 200 “game of the year” honors and set a benchmark for storytelling in the medium with its unflinching examination of themes such as love, hope, loss and the struggles of parentage against a backdrop of a collapsed society.

In the sequel, Druckmann — who returns as writer and director — is hoping to further explore themes too rarely examined in video games. “Every time you make a sequel, you risk soiling the franchise if it’s bad,” says Druckmann. “It felt like, if we do this right — and it’s not going to be easy, this is a challenging story — I think it’s really going to stick with people.”

Part 2 is a direct continuation of the original’s story, which focused on a man named Joel who shepherded a 14-year-old girl, Ellie, across a postapocalyptic America overrun by violent, rabid humans inflected by parasitic spores in a global pandemic. Along the way, the duo encounter a number of other survivors who are also trying to navigate this new, brutal world, many of whom have seemingly lost their core humanity along the way.

While Joel served as the original game’s protagonist and main playable character, the sequel shifts the spotlight to Ellie, now 19, as she embarks on a mission of revenge against a newly introduced group that has committed some atrocious crime against those she loves. Rarely seen in triple-A games’ playable character roles, Ellie is also openly gay, a facet of her character that was first explored in the companion comic book series The Last of Us: American Dreams, a prequel in which Ellie has a best friend named Riley whom she has a crush on, and later in the first game’s official downloadable content expansion, Left Behind. 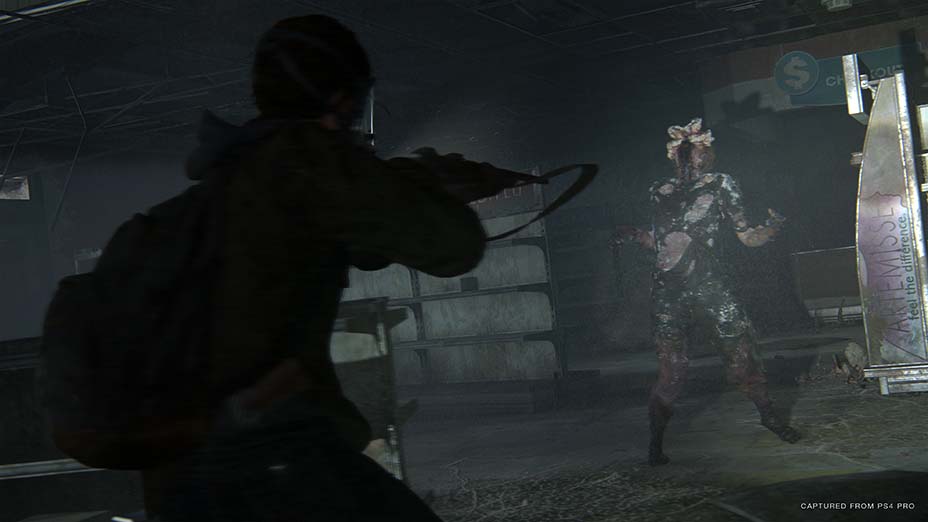 “It felt like if they were just friends, the story would work on one level, but if there was this other, romantic layer it made the story a lot more interesting,” Druckmann says of the DLC’s storyline.

Aging Ellie up in the sequel allowed for Druckmann to portray more of her romantic life and lend a heavy tale a bit of light and heart. “We don’t want to tell a story that’s just dark on top of dark — we can’t sustain that. How do you find other sub-stories to tell with it? One of them is this romantic story between these two girls and how that develops,” says Druckmann.

The game pairs Ellie (Ashley Johnson) with a new character, Dina (Westworld‘s Shannon Woodward). The title’s first trailer, which debuted at E3 2018, featured the two sharing a dance together and a tight, close-up shot of their first kiss. One half of the demo presented on Tuesday centered on Ellie and Dina going on a patrol mission around their Jackson, Wyoming, community. The roughly 40-minute gameplay demo sequence shown to press Tuesday afternoon ended with a tender moment of conversation between the two characters discussing that kiss.

“I’ve had fans that come up to me and say, ‘Thank you, your game has helped me come out to my parents.’ Those things are humbling and inspiring, but we don’t think of it as, hey, let’s make a big impact on the industry. I think that just happens organically as we tell stories with more interesting, unique characters,” says Druckmann.

Both sections of the demo — one set amid deep snow drifts in Jackson, the other in the overgrown sprawl of what was once urban Seattle — place an emphasis on stealth gameplay. In the opening segment, Ellie and Dina run afoul of a group of infected in a ramshackle grocery store. In the latter, Ellie, alone, crawls through deep grass in downtown Seattle, avoiding a group of human survivors and their canine companions who have captured Joel’s brother, Tommy (who appears in the original game). The areas are large, lush and beautifully rendered, but the path along which the player travels is not entirely open, a deliberate design choice by Druckmann and his team.

“We can make environments that are really large, but just because we can doesn’t mean we should make an open-world game if it doesn’t fit the story. If you’re trying to tell a story that has a lot of tension, [open worlds] can actually work against you,” he says.

The Last of Us Part 2 is focused on its narrative and characters, as was its predecessor, and the gameplay of the title works in concert with, and in service of, that story. One of the ways Naughty Dog approaches its characters is by “treating them with respect,” says Druckmann. “You see Dina being capable, being vulnerable, being flirty, all these different dimensions that this character can occupy.”

Given the game’s themes of revenge and a “cycle of violence,” many have speculated that Dina’s fate must be tied to Ellie’s ultimate mission of vengeance. The demo — which featured two separate sections, one from early in the game’s story featuring Dina and the other focused on later portions of the narrative where she was absent — did not reveal Dina’s ultimate destiny.

When asked, Druckmann is expectedly cryptic. “No one is protected because of who they are,” he says. “The decisions we make are for what’s best for the story. Who lives, who dies, that’s too much of a spoiler. I’ll just say that it’s a crazy, harrowing ride and not everyone comes out OK on the other side.” 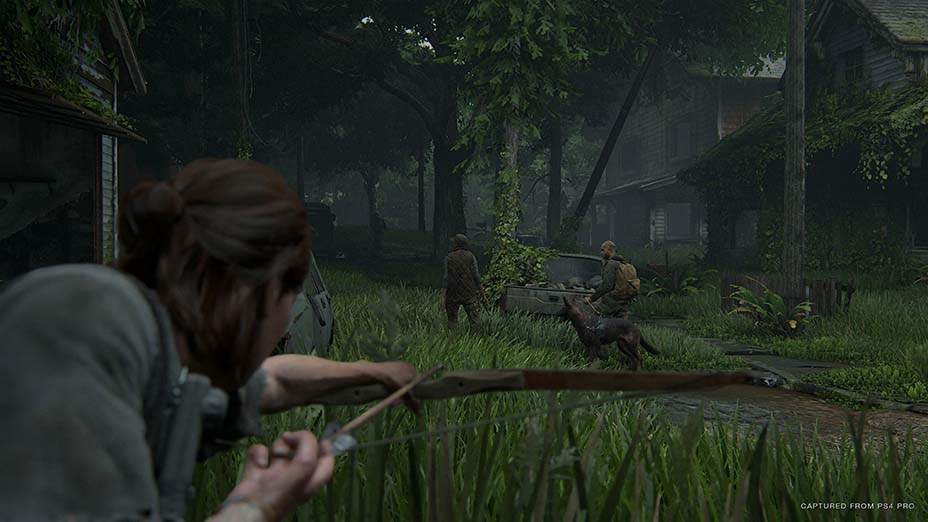 He similarly keeps details about Joel — whose role was revealed at both the end of the demo and the most recent trailer — in the new game close to the vest. Druckmann does share that the character plays a “significant part in the storyline,” but notes that his relationship with Ellie is strained: “The weight of the events, the choices made in the first game are coming into the second game. Obviously, Joel is still very capable. This guy has survived for many, many years in this brutal world. How that plays out, you’ll have to wait and see.”

The story of The Last of Us Part 2 is inspired by real-world events, Druckmann says. Born in Israel, the director was raised in the West Bank, a fact, he says, that makes him “very familiar with a part of the world that is looked at and spoken about with this concept of the ‘cycle of violence.'”

“Wanting to explore those themes and make them relevant to people that have felt any sort of hate in their life and try to reflect on that became really interesting,” explains Druckmann.

Philosophical rumination is what Druckmann believes sets The Last of Us apart from other stories in the postapocalyptic genre, a narrative framing that has become bloated in recent years across various forms of media. “A lot of stories in this genre are very pulpy,” says Druckmann. “For us, the goal is to make it very character-driven and focus on themes that exist outside the genre.”