[This story contains spoilers for The Lego Movie 2: The Second Part]

A few years ago, Chris Pratt was known for playing loveable (and not particularly fit) figures on shows like Parks and Recreation or (also not fitness-obsessed) bad boys on The O.C.; today he plays swole, jawsome heroes in overlarge blockbusters like the Jurassic World movies, The Magnificent Seven, and both Guardians of the Galaxy films plus Avengers: Infinity War. Couched between his TV work and his franchise work, there’s The Lego Movie, the first part and The Second Part, opening in theaters this week, in which he voices Emmet Brickowski, a regular Joe with a skip in his step and a song in his heart.

Making assumptions about actors’ personalities based on the work they take and the characters they portray is a fool’s errand. But the divide of Pratt’s career is so grand one can hear gusts of wind breezing through it. Once, he played the goof. Now, he plays the goof if the goof backpacked through war zones for a few years and came out the other side sense of humor intact, but remolded with world-weary sarcasm.

Fortunately, the question of whether he’s self-aware and observant of that persona shift, trifling at a glance but profound on further inspection, is definitively answered in The Lego Movie 2: The Second Part. In short: Yes, he gets it. In fact, the film, though predominantly about the function of playtime in childhood as a means of developing interactive social skills and communication between kids, hangs on a frank appraisal of Pratt’s evolving career, insomuch as producer/screenwriting team Phil Lord’s and Christopher Miller’s determinedly tongue in cheek style comes close to frankness. 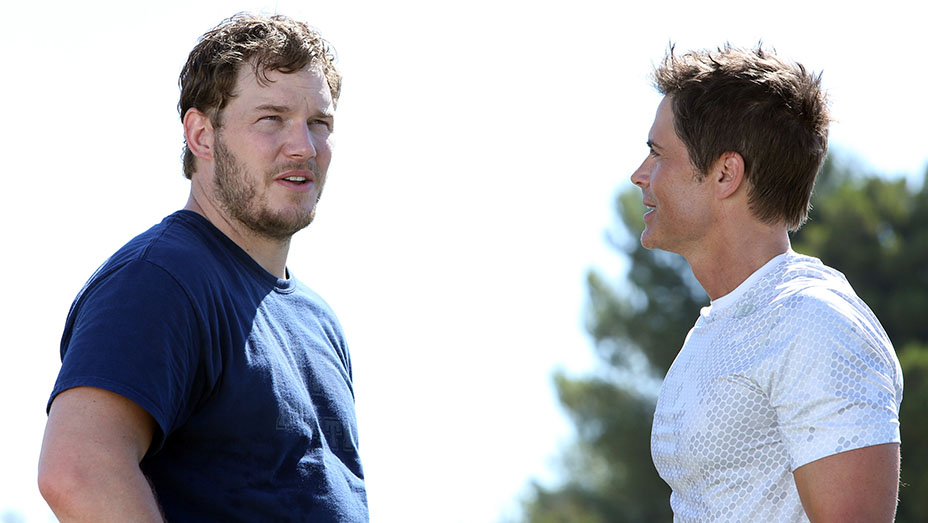 Once again, Pratt voices Emmet, and once again, Emmet must dig deep within his soft, nougaty center and rustle up the courage to save the Lego universe from tyranny. This time, the villains are Queen Watevra Wa-Nabi (Tiffany Haddish) and her masked aide-de-camp, General Mayhem (Stephanie Beatriz), who swoop in on the hellish Mad Max wasteland left behind by the Duplo invasion and kidnap Emmet’s pals—Batman (Will Arnett), Benny (Charlie Day), Metalbeard (Nick Offerman), Unikitty (Alison Brie), and Lucy slash Wildstyle (Elizabeth Banks)—for purposes both unknown and seemingly sinister. It’s hard to say. Singing a song about how evil you aren’t is a bad way of convincing people of your good intentions.

Regardless, Emmet springs into action, and when he does, he meets Rex Dangervest, badass, archaeologist, raptor trainer, social media influencer, and script doctor, an amalgam of Pratt’s non-Emmet, non-Andy Dwyer roles. He’s everything they aren’t: Tough, fearless, grizzled, multi-talented, a man with a grim backstory he’ll happily chew your ear over without any provocation. He has an awesome spaceship crewed by raptors. He’s so manly that Emmet feels abashed in his presence, but it turns out Emmet, as the guy who saved the universe a few years back, is Rex’s personal inspiration. They get along famously. 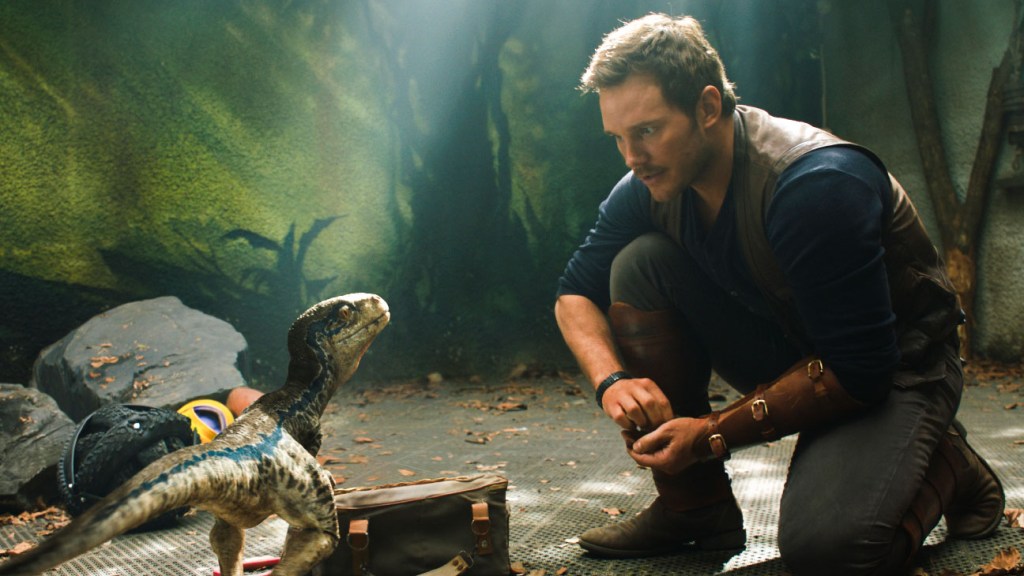 Fast forward deeper into the plot and it’s revealed that Rex is the villain, and Watevra Wa-Nabi really does want to broker piece between her kingdom in the Systar System and Emmet’s pals. Surprise! The self-professed macho man doing his best impression of Kurt Russell turns out to be kind of a selfish jerk.

In retrospect it’s little surprise at all, in accordance with the film’s playtime angle. Rex, like Emmet, is an avatar for young Finn (Jadon Sand), the kid caught playing with his dad’s (Will Ferrell) Legos in the first film, now a teenage kid jealously hoarding his own toys and forbidding his sister, Bianca (The Florida Project‘s Brooklynn Prince), from playing with them and with him; he’s the embodiment of Finn’s self-centered budding masculinity. For Pratt, however, Rex is a metaphor about his career’s ebbs and flows, the growing pains he’s endured over the years in shifting from Park and Recreation‘s lovable doofus (and to a much lesser extent The O.C.‘s love-to-hate-him-able hippie scumbag) to Brawny Movie Star™. 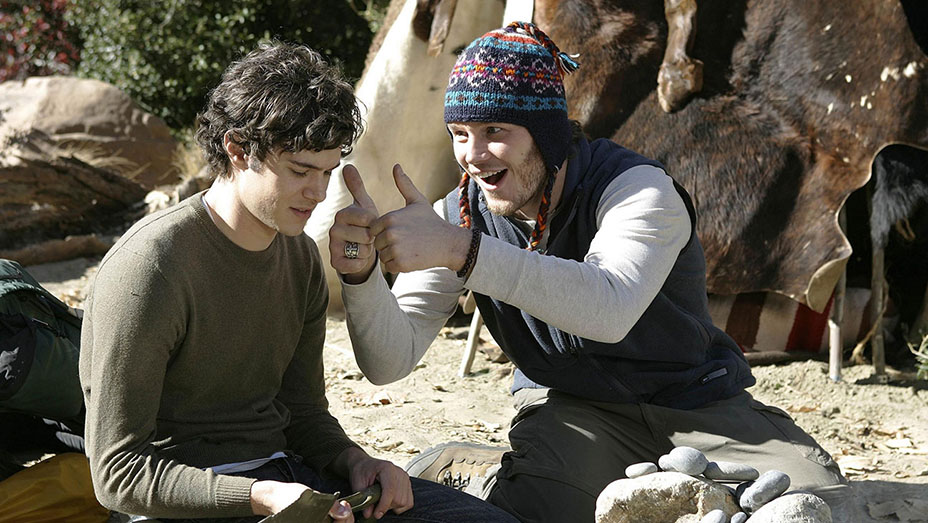 And for the audience, Rex poses a matter of preference: How do you like your Pratt? Sweet and kind, a little grating for lack of competence and all-purpose obliviousness, but the truest friend you might ever find? Or ripped and roguish, a snide, smug, self-aggrandizing “hero” who only answers the call to action when thoroughly jostled by exterior influences? The Lego Movie 2: The Second Part has a pronounced preference for the former over the latter; by the end, Rex is vanquished and his narcissistic mission to bring about the end of the (Lego) world is halted by Emmet and Lucy. But these questions and others linger for the audience even as the (awesome) credits roll.

Where does Pratt fit best in an industry keen on remolding him as the leading man antithesis of the characters making up the bedrock of his filmography? In Guardians of the Galaxy and Star-Lord, Pratt built a sturdy bridge for connecting his past with his present, though Star-Lord’s the only character of his latter day projects to meaningfully embrace that past; he’s written with an emotional center simmering beneath his surface qualities, his attitude and demeanor, and that center defines who he is more so than his fancy gadgets and facility with one-liners, just as Emmet’s center defines him more than his skill with improvising Lego contraptions.

That center is prototypical Pratt. Audiences knew him as a marshmallow before he hardened up and became a man. That marshmallowy quality is the essence of Pratt, the characteristic that makes Pratt worth watching in the first place. The action hero exercise has been fun enough to watch, with varied results from movie to movie, but The Lego Movie 2: The Second Part reminds its viewers that the best Pratt is the Pratt they came to love in the first place.

Who Deserves Credit for a Movie's Success?