A new YA graphic novel takes a moment in real world history and turns it into the basis for a thrilling adventure that is never anything less than stylish — but what else could be expected from a book titled Lizard in a Zoot Suit?

The 144-page graphic novel by Marco Finnegan (Crossroad Blues, Last Fair Deal Gone Down) takes place in 1940s Los Angeles, where two teen girls have to risk everything to keep an alien in need away from a corrupt government scientist — even though there are literal riots — the so-called “Zoot Suit Riots” of June 1943 — happening all around them.

“I have been interested in the Zoot Suit Riots ever since watching Luis Valdez’s musical of the same name as a kid,” Finnegan tells The Hollywood Reporter. “Around the time I started toying with the idea of doing a YA adventure story with Chicano leads, I watched LA Confidential and Black Dahlia and noticed a pattern of how the Riots were treated in pop culture. In the case of these two films, LA Confidential alludes to the riots, but is off by ten years and the Black Dahlia paints the Chicanos as drunk and violent thugs. Both movies use the riots as an excuse to use racial slurs and show white police officers beating up Chicanos. This got me thinking about how pop culture of and about the 1940s really goes out of the way to erase Chicanos as part of the L.A. mythology, which is crazy when you consider that, during the 1940s, Mexican Americans already made up a large percentage of the city.”

This led to Finnegan’s desire to create a story going against the trend — not only by centering around two Mexicans, but two Mexican women, Cuata and Flaca. “When we think about Zoot Suiters we think of young men full of machismo and cool as can be, but I thought it would be interesting to focus on the girls who were also a part of the scene,” Finnegan explains. “While some of the boys were sent to prison, the girls were sent to reformatory school, which in some cases was worse.”

Of course, as the title suggests, Lizard in a Zoot Suit has a further star beyond Cuata and Flaca. “I set out to do an adventure story with Chicano kids but the sci-fi element was always there, and keeping Chulito, our lizard boy, in the story made even more sense when I discovered the urban legend of ‘the mayan lizard people catacombs’ that ran under Los Angeles,” Finnegan says. “I was so excited that it all fit together. Cuata and Flaca are kids trying to do the right thing helping Chulito amidst the chaos of their reality. I wanted them to be heroes, not victims, and have something to save. That it’s a lizard boy also gave me a lot of room creatively to have some fun with it, and add that sense of adventure I craved as a kid.”

Finnegan said that he’d like the book to educate and inspire its YA audience. “My hope is that this little story about two twin sisters rescuing a monster will show a different side of the Zoot Suit Riots, and bring them into existence for a new generation. If all we see about the Zoot Suiters is that they were punching bags for cops and sailors, thugs, or a cliche of machismo to be appropriated, then that is all they will be. If this book entertains folks and allows them see the Zoot Suiters as kids just trying to figure out who they were, then I think I accomplished my goal.”

Lizard in a Zoot Suit is available now. Read on for a preview. 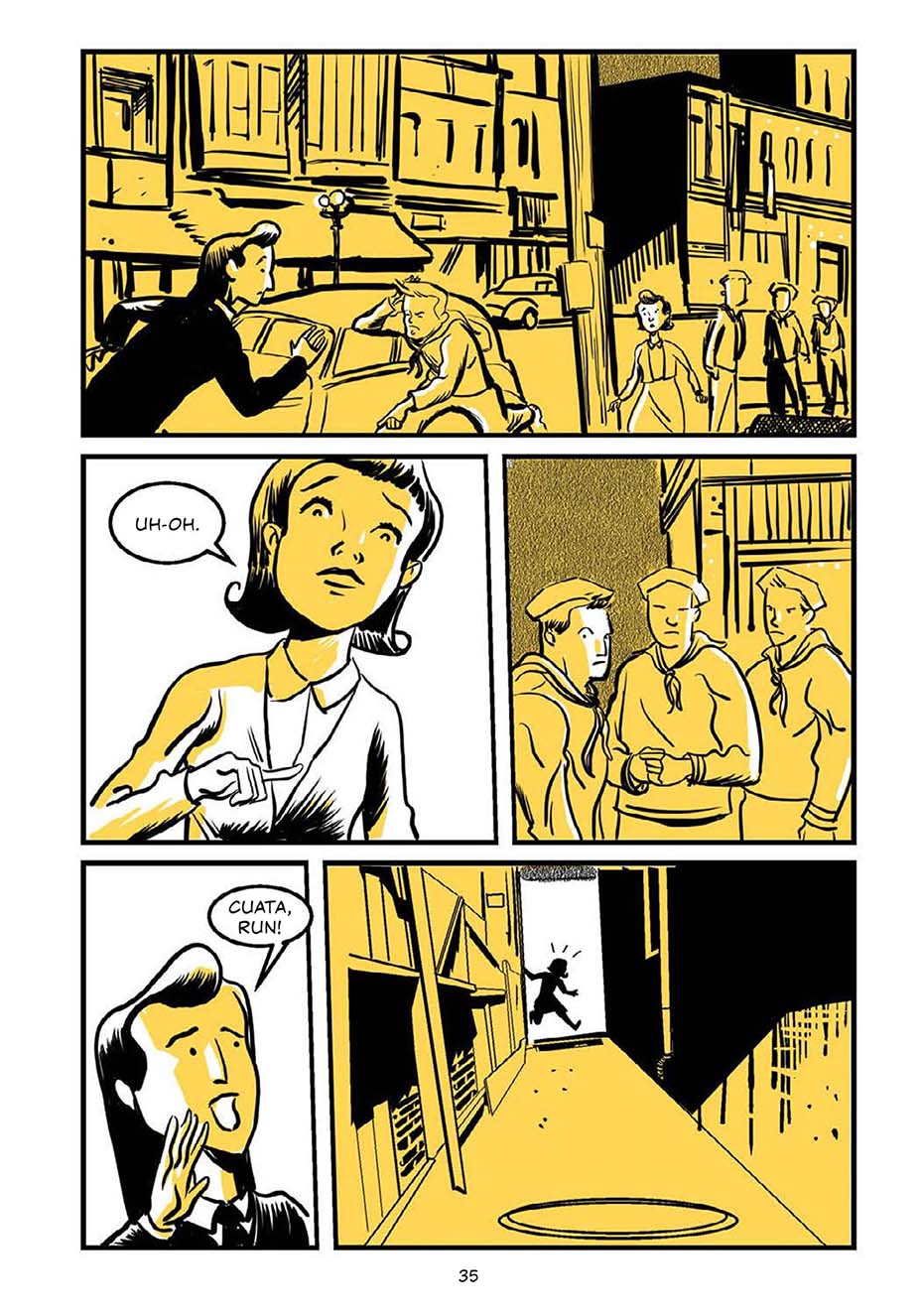 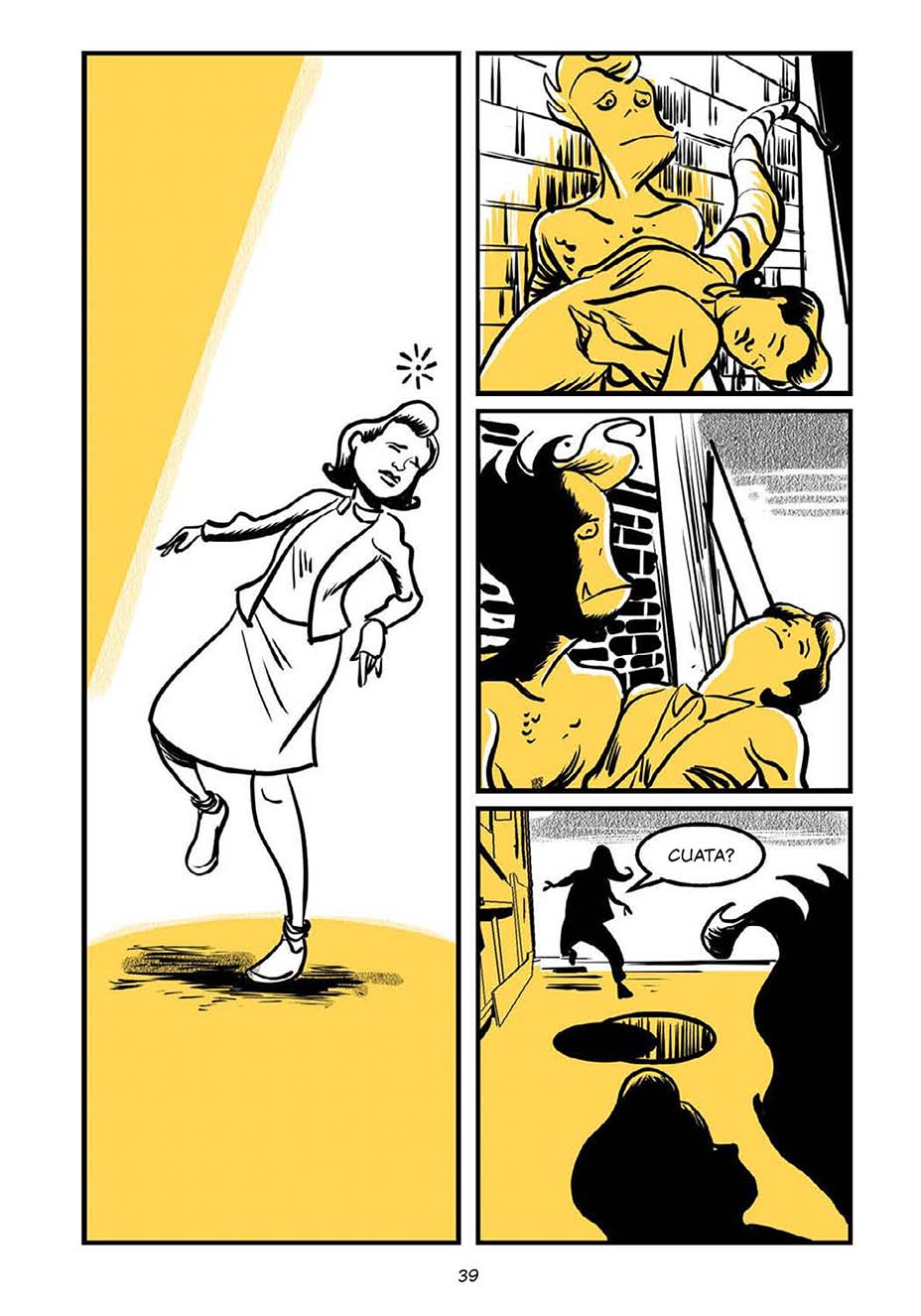 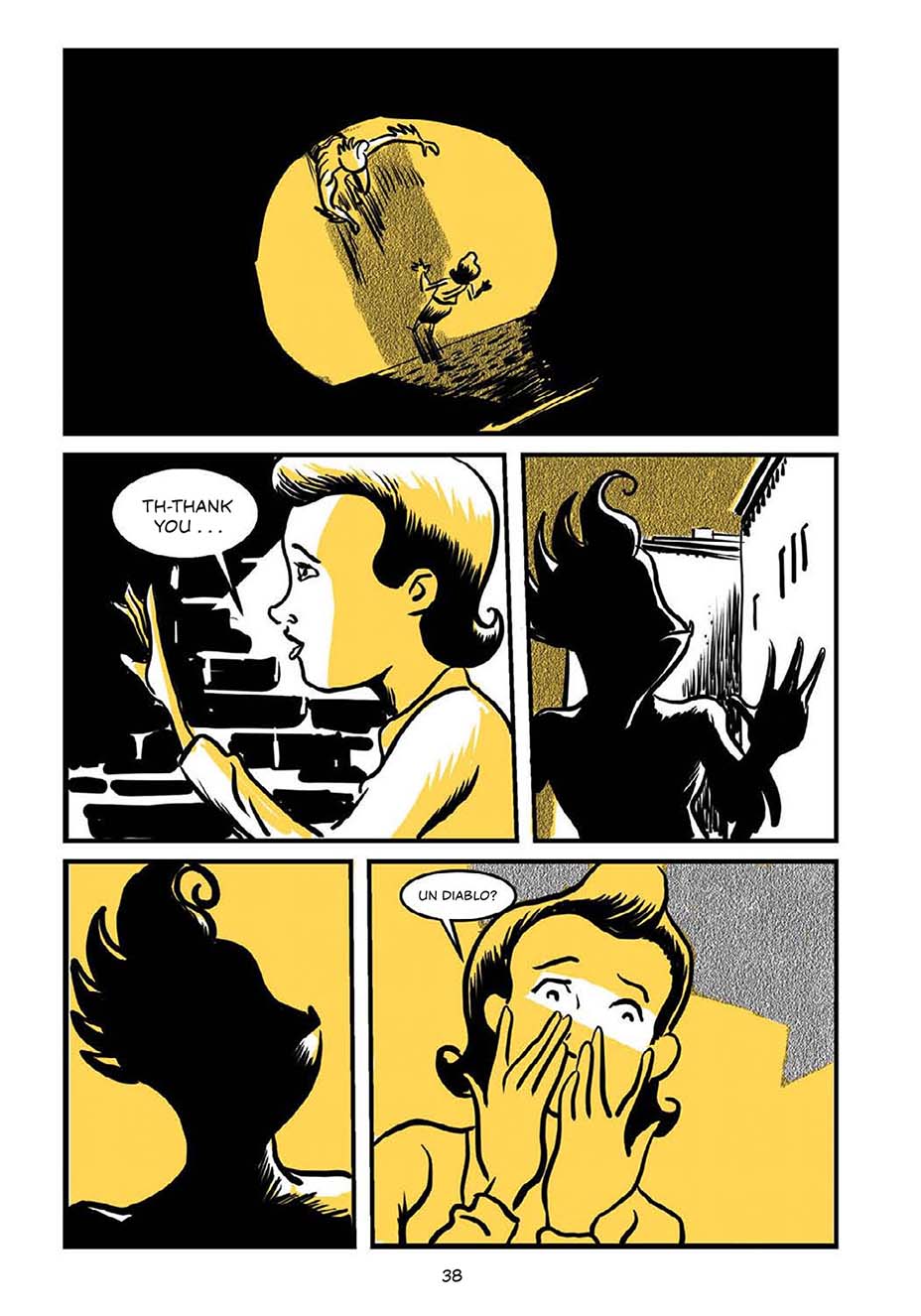 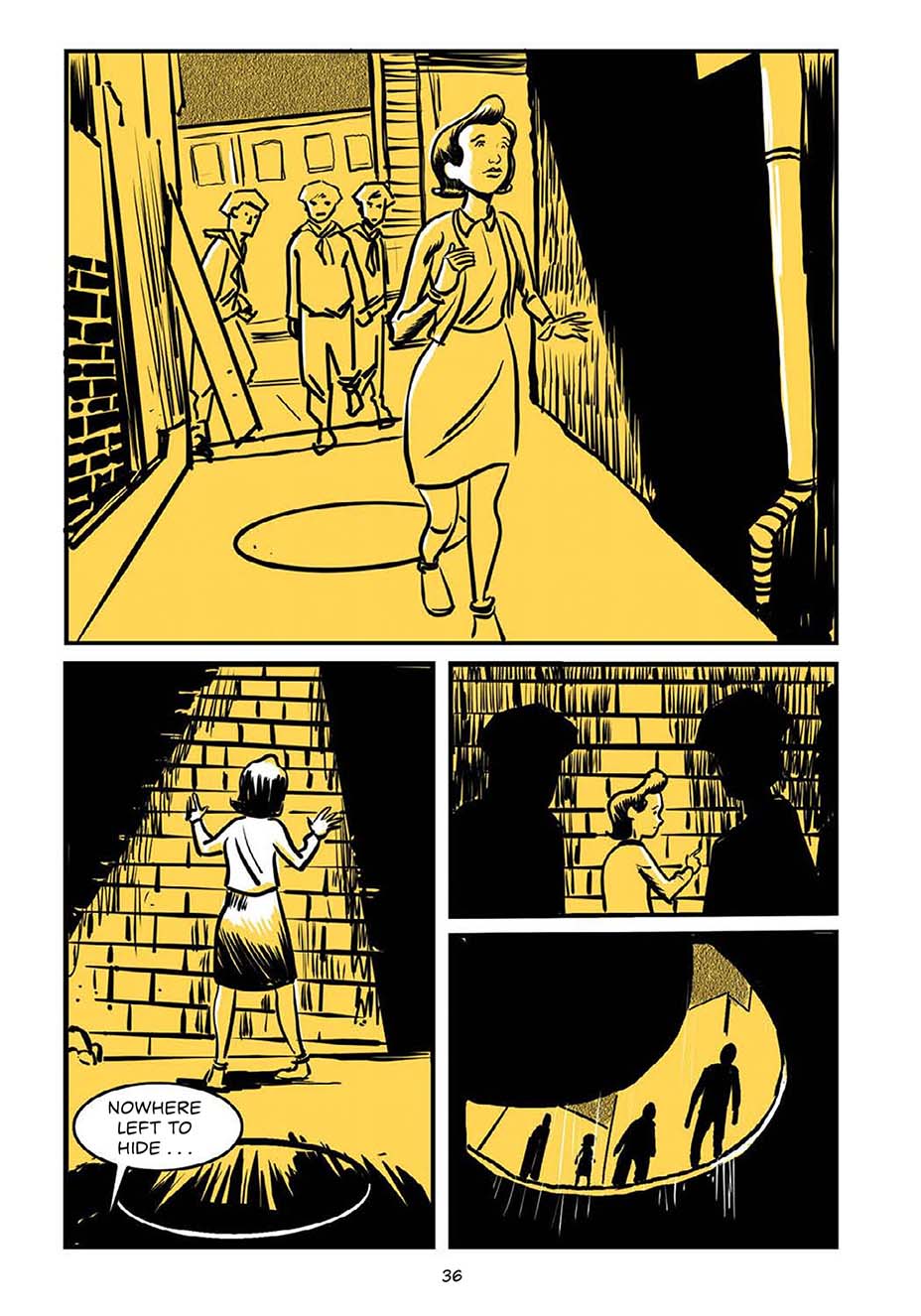 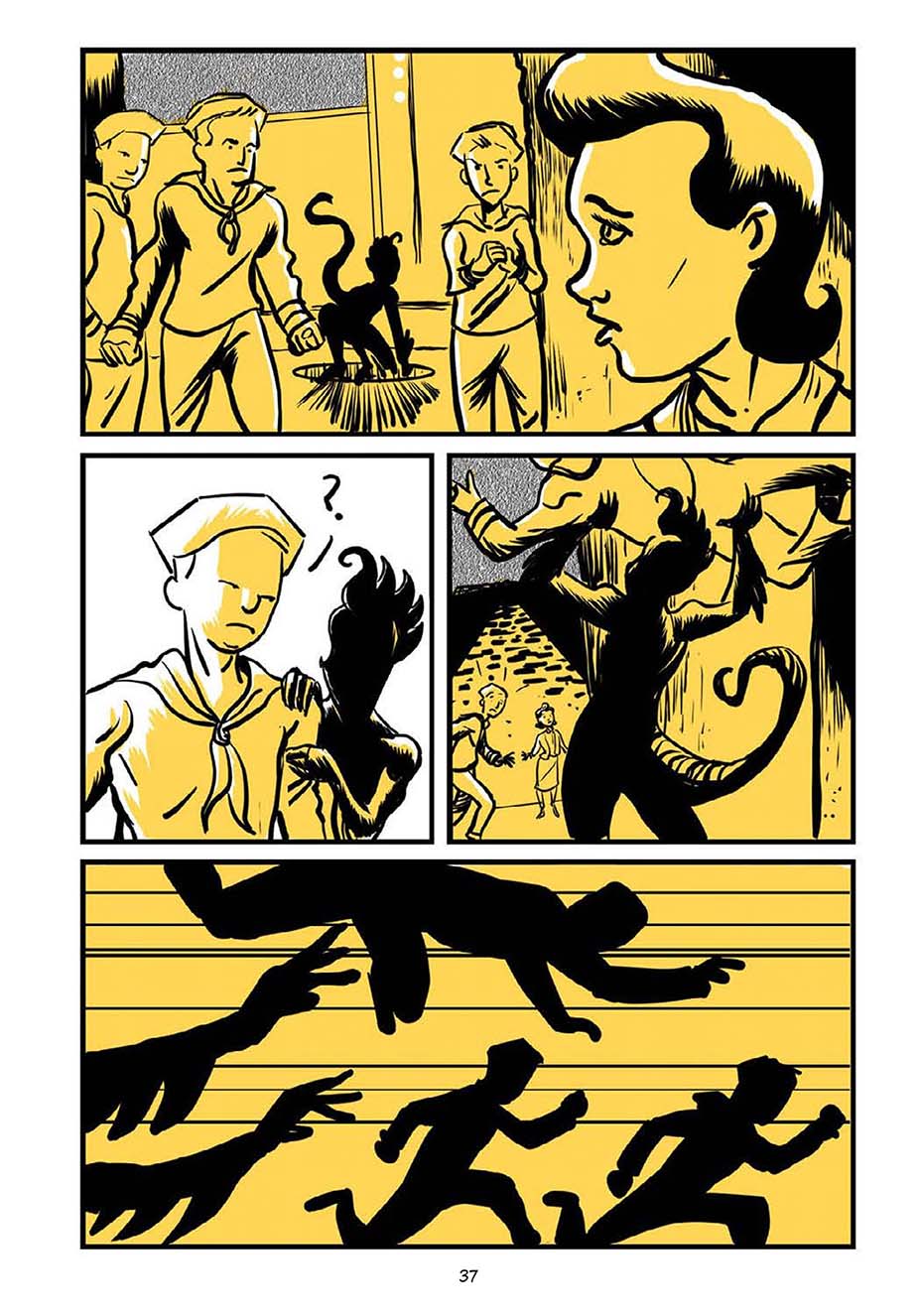 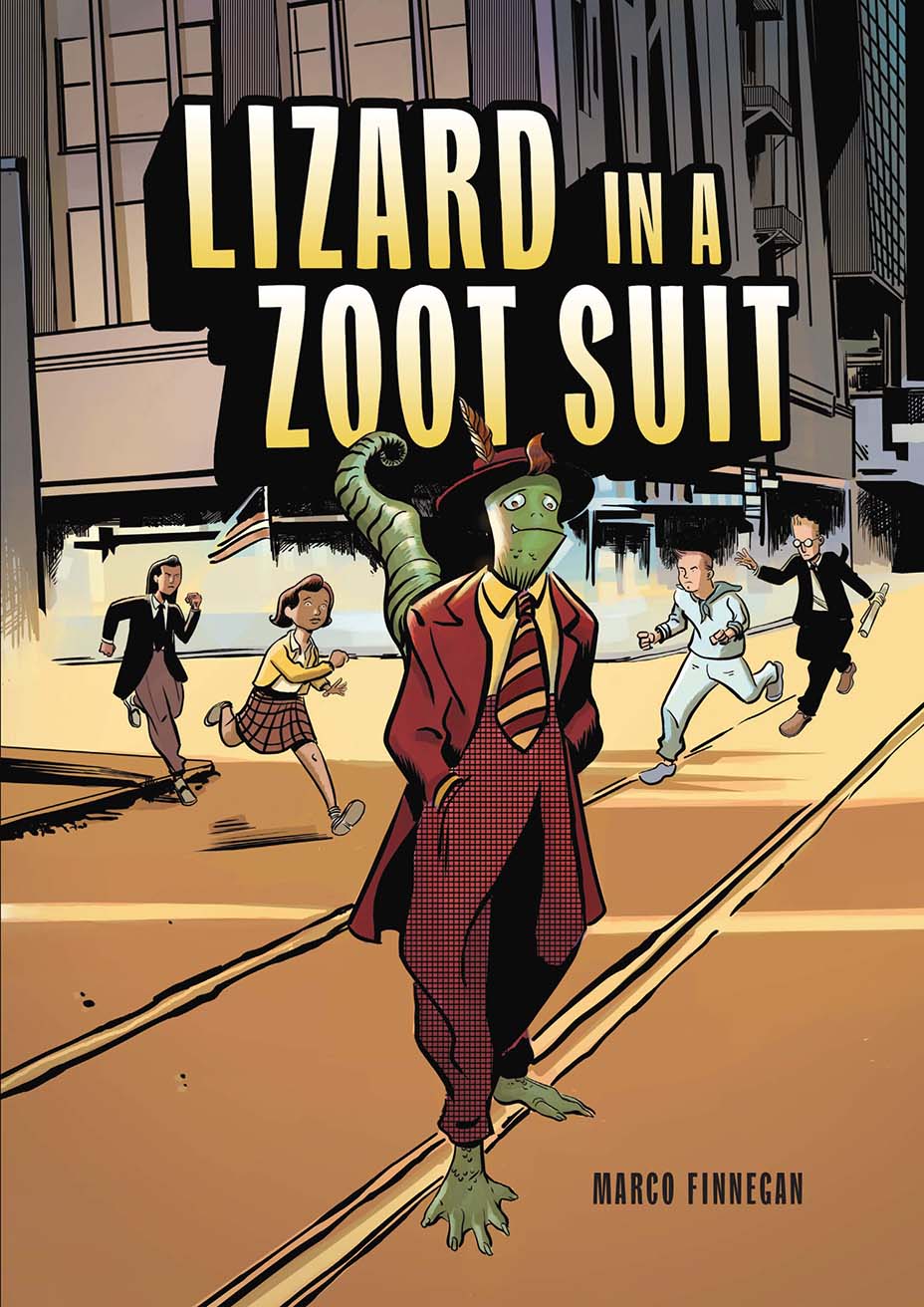