Karen Gillan had spent plenty of time in makeup chairs, being painted blue for her role in Marvel’s Guardians of the Galaxy, but sitting in the chair felt different now.

Normally, she liked to focus intensely on one project at a time, but she was just weeks away from shooting her directorial debut, The Party’s Just Beginning, a long-gestating passion project that was finally getting made thanks to her rising star power. She needed to multitask in a big way, so perhaps it was kismet that, in this moment, she found herself working on Jumanji: Welcome to the Jungle opposite Kevin Hart and Dwayne Johnson, two stars known for running empires from their phones.

“It was incredibly intense,” Gillan tells The Hollywood Reporter. “I would sit in the makeup chair while being transformed into Ruby Roundhouse with a phone in my ear making director decisions and going through long contracts. It was severe multitasking, but incredibly stimulating. I was juggling a double life.”

While critics may bemoan the Marvelization of Hollywood, which has pushed rival studios to chase big-budget universes over intimate storytelling, there’s been an unintended side effect of Marvel Studios’ success: even it’s supporting stars now have enough clout to make projects that likely wouldn’t have been funded otherwise. 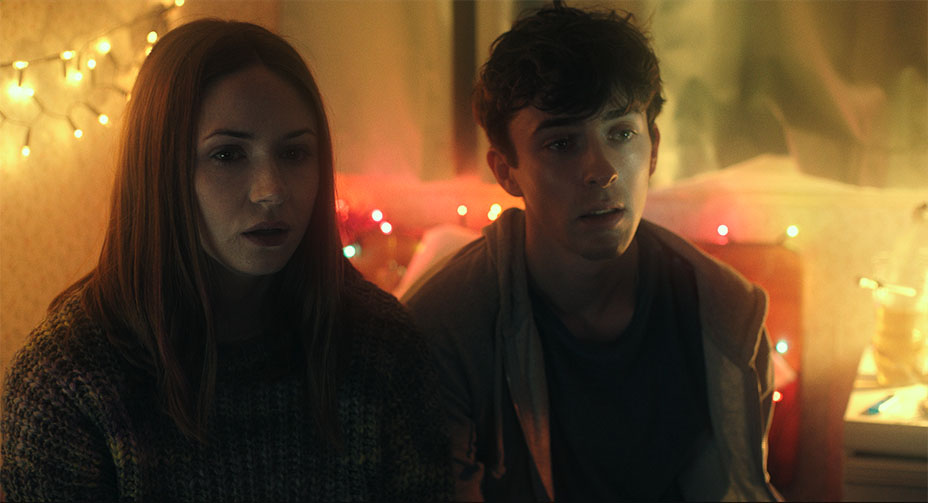 The actors interviewed for this story all say that they didn’t worry about how the films they pursued outside of Marvel might affect their work with the Disney-owned studio — they felt no pressure to constrain themselves as artists.

Marvel has always had a symbiotic relationship with the indie world, relying on indie directors like James Gunn, Ryan Coogler, Taika Waititi and the Russo brothers to power its creative engines. In turn, when its talent returns to independent filmmaking, they come back armed with tools from the Marvel Universe.

David Dastmalchian (Russian ex-con Kurt in the Ant-Man movies) wrote and stars in another Gillan indie called All Creatures Here Below, which premiered to multiple awards last month at the DTLA Film Festival. The pair plays a couple with a dark past who must flee Los Angeles and head to Kansas City after a kidnapping involving a baby.

On the set of 2015’s Ant-Man, Dastmalchian told Marvel props master Russell Bobbitt about his plans.

“I said, ‘I’m an idiot, but I’ve got a script that involves animals and babies, two things they say to never work with, especially when you don’t have money,” Dastmalchian recalls.

“I want a film like All Creatures Here Below to pose a question to an audience and leave them kind of wrestling with those questions or coming to their own conclusions,” says Dastmalchian. “Whereas, on a more commercial film, I do feel this sense of obligation, or responsibility, to pose a question and come to a solid conclusive answer by the end of it.”

To explain further, he puts it this way: “In a film like Ant-Man, it’s, ‘Can good conquer evil? Can a complex, broken person become a whole, and even heroic, person?’ And the answer is yes. … In All Creatures Here Below, it’s ‘Can true love grow and thrive in even the most foreboding of circumstance? I don’t know. I believe so … but I wanted to tell the story in a way that didn’t necessarily tell people the answer to that question.”

Gillan, meanwhile, is now ready to unveil her directorial debut, The Party’s Just Beginning, which hits select theaters Dec. 7 and VOD Dec. 11. It centers on a young Scottish woman (Gillan) dealing with the aftermath of her best friend’s (Matthew Beard) death by suicide. Films featuring Gillan (Guardians of the Galaxy Vol. 2, Jumanji, Avengers: Infinity War) have grossed more than $3.8 billion over the past 18 months, but her under $1 million indie shows a side audiences have not yet seen.

“There is a lot of dark humor and music in the film which I think makes it more palatable,” says Gillan. “It’s certainly not an easy watch, but it was never intended to be.”

When you’re an actor on a Marvel movie, a lot of your day might be spent sitting around as the crew sets up a perfectly constructed shot. On a low-budget indie, you are filming pages of dialogue a day; you make do with the time you have.

“It’s understanding that everything you do is important. Nothing is taken for granted. Nothing is supposed to be wasted,” says Batalon.

With The Party’s Just Beginning, Gillan borrowed from Guardians of the Galaxy by enlisting Lee Pace, who played the villainous Ronan in the original film and reprises the role in the upcoming Captain Marvel.

“When Karen and I were doing Guardians, we were both blue all the time, so I think I actually only saw her out of our alien garb maybe once or twice the whole time we were shooting,” says Pace with a laugh. “It was nice to work in a movie where we’re both human.”

Gillan also studied what Gunn and Jumanji director Jake Kasdan did on set; the way they could speak to actors, crew or business executives and get everyone rowing in the same direction.

“James communicates with actors so effortlessly. He understands the craft and instinctively knows when we need help or when we need to be left alone to try our own ideas,” says Gillan. “He has transformed my performances sometimes with a single sentence. And Jake is a force of nature. He is so in control at all times, making the job look easy, which I now know it’s not.” 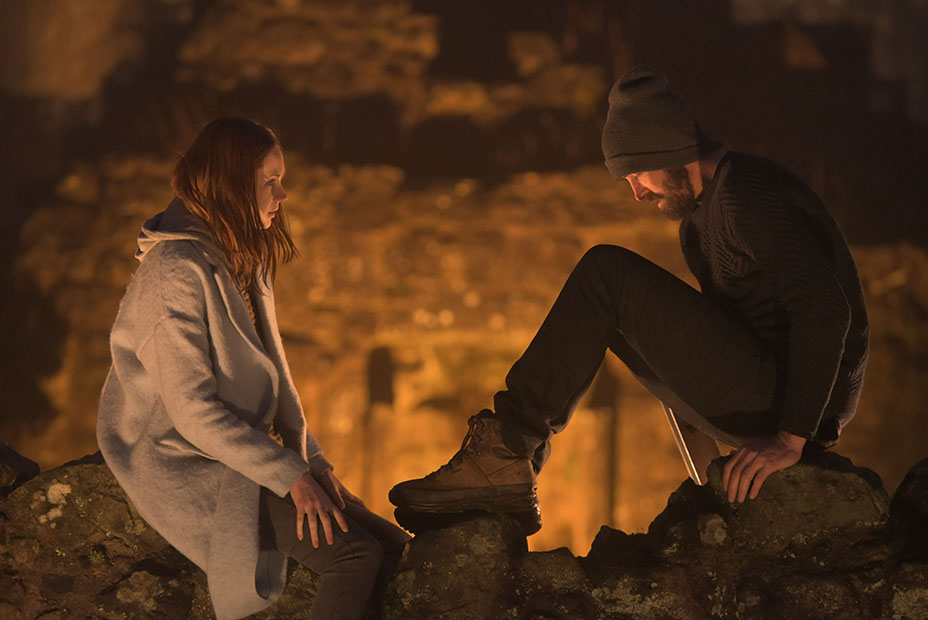 Pace, who has been directed by masters such as Gunn and Peter Jackson, was impressed with how Gillan commanded the set.

“She was wearing many hats in that movie,” says Pace. “She was making creative decisions on all different levels and giving a really interesting performance.”

When you’re an actor in a Marvel movie, you have a nice trailer and perhaps someone to buy your groceries or handle your laundry. Dastmalchian says he felt a responsibility to make sure that All Creatures Here Below, as an artistic endeavor, was worthy of Gillan, given that she wouldn’t be making money or having access to the comforts of a bigger-budget shoot.

“When you are working on a very hard shoot, to have a place where you can go and rest and have a nice air-conditioned space, to have a nice, well-prepared meal for you — sometimes that is the saving grace when you are pushing yourself,” says Dastmalchian. “And we just couldn’t provide those things to the level we would have liked to, because of our budgetary constraints.” 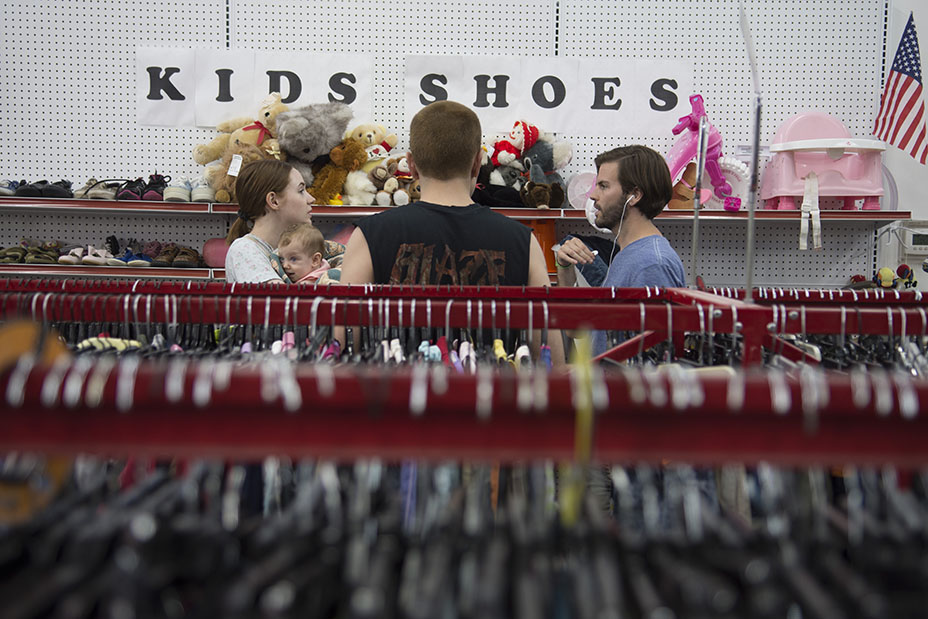 Despite Dastmalchian’s concerns, Gillan seems to have the grounded attitude of someone who can do just fine without the niceties of the Marvel Cinematic Universe. At the All Creatures premiere, when I only jokingly suggested that the Infinity War craft service budget was likely bigger than the entire budget for her and Dastmalchian’s film, she cheerfully noted that, in the U.K., they don’t have craft services.

Dastmalchian’s first credit is in The Dark Knight, which put him up in a London hotel with a bathroom bigger than his apartment. In the years since, he’s concluded that some of the perks of a big-budget production can be detrimental to his process as a character actor.

Many of his ideas come from observing people in everyday life, at the store or the laundromat. When he’s shooting an Ant-Man movie, he’ll go out in public, with his character’s fake tattoos, and strike up conversations with people to see how they treat him — a guy who looks like he might have spent time in prison. He’ll do his own grocery shopping and laundry, and he still takes care of his two young children.

“It’s tempting to want to just kick back and let somebody else take care of the things that you feel too tired to do,” says Dastmalchian. “Coming in after a 16-hour overnight of shooting and making sure that I change the diapers and fill the bottles and walk the baby around — those are the things I would have to do if I was on an indie. And, on a bigger studio film, doing that keeps me grounded in my reality as a human being.”

All Creatures Here Below director Collin Schiffli admits the notion of his stars, Gillan and Dastmalchian, appearing in more family friendly fare did, at times, give him pause. All Creatures has several intense moments, including a sex scene that, as written, could have involved nudity (none was used in the shooting), as well as disturbing depictions of violence.

“Those conversations did come up,” says Schiffli. “Dave and I talked about, ‘What does this mean?’ Putting yourself up there to tell a story like this, and, two seconds later, we’ve got kids and families watching a great family, Jumanji-type movie. How do you want to portray yourself?”

A moment where Dastmalchian’s character would have punched Gillan’s character was removed from the script and channeled into something more emotionally powerful — and less violent. Schiffli concludes that pulling back at times was beneficial to the final product.

“If they weren’t [Karen and David], we may have pushed it too far, because you don’t have those things in mind, you don’t think ‘You guys are part of the Marvel Universe,'” he says.

Dastmalchian felt that concern as well, not for himself, but for Gillan.

“I felt an immense amount of responsibility to every moment that we captured on film of Karen, and that included the boundary-pushing scenes,” says Dastmalchian. “The stakes would be high for any actor to have to do the things that Karen has to do in this film, but I couldn’t help but consider the fact that she has been a part of stories to millions of people that are more family friendly, more commercially appealing. It isn’t that we wanted to tame her scenes or to neuter the ferocity or the edginess of the scenes. It was just this added level of upping the craftsmanship.”

For Gillan, she has Avengers 4 coming out in May, and potentially a third Guardians of the Galaxy movie in the works, but she’s keeping her eye on the next small project. She’s developing a horror film with The Party’s Just Beginning producer Mali Elfman that she plans on directing. With one feature under her belt, she has learned to take feedback from trusted friends while sticking to her own vision, which, really, is the point of doing a low-budget film that doesn’t need to earn $750 million to be considered a success.

“The key thing is to be strong enough to only be affected by the notes that you believe to be relevant. Because so much of art is taste. And everyone has different tastes,” Gillan says. “I was very careful not to let other people’s thoughts dilute my vision by listening and taking what I wanted and applying them to the film.”

How 'The Dark Knight' Gave an Actor a Brighter Life