This particular depression was in 2011, and Lonergan indeed was sitting at home when Matt Damon paid a visit and offered him a writing job. At the time, Lonergan was in the midst of a pitched legal battle over the last film he’d made with Damon, Margaret, a searing two-and-a-half-hour family drama that many critics since have described as a little-seen masterpiece — but which back then was being held up from release by a lawsuit filed by producer Gary Gilbert, who was demanding a shortened re-edit that Lonergan was refusing to make. Damon, concerned about Lonergan’s “horrible limbo,” wanted to do something nice for his friend. So he sat in Lonergan’s Manhattan apartment and pitched him an idea for a script about a New England handyman who ends up with custody of his dead brother’s teen son — a story Damon thought would be right up Lonergan’s dark alley. 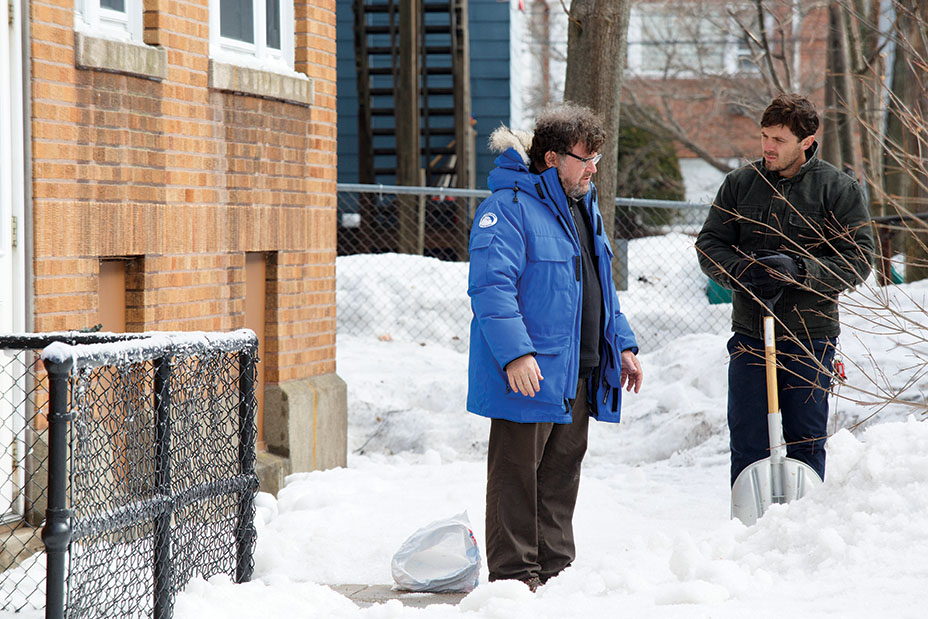 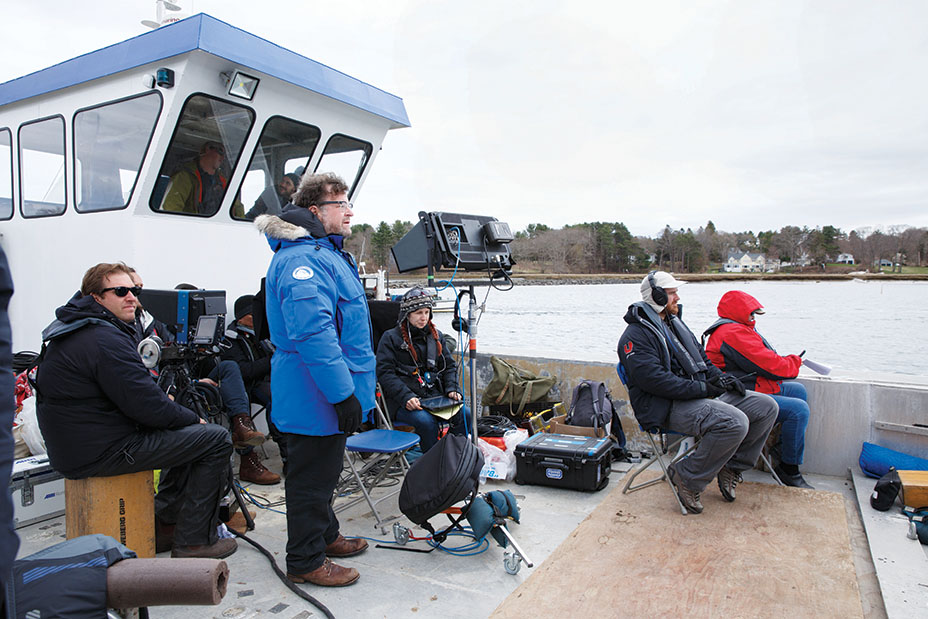 Damon was right. Lonergan didn’t merely end up writing the screenplay for Manchester by the Sea, he also ended up directing it — his first time behind the camera in the decade since filming Margaret. Starring Casey Affleck as emotionally damaged Lee Chandler, Lucas Hedges as his 16-year-old grieving nephew and Michelle Williams as Affleck’s estranged ex-wife, the movie in many ways is a perfect comeback vehicle for a filmmaker who rose to critical acclaim on close character studies of familial tragedy (his first film, You Can Count on Me, earned him a best screenplay Oscar nomination). Critics already are calling Manchester, which opens Nov. 18, another masterpiece, although this one is unlikely to be little-seen. At Sundance in January, it was the object of a fierce bidding war, ultimately won by Amazon with a $10 million offer.

“No question there was a rough time with all that went wrong with Margaret,” says Lonergan, sounding somewhat less depressed than usual. “This has obviously been free of those troubles, so that’s great. I really like this movie — but I also really liked Margaret. If I do another movie, I hope I like that, too.”

The idea for Manchester by the Sea actually was hatched by John Krasinski, the Office actor and budding indie screenwriter and director (The Hollars). Krasinski shared his nascent pitch with Damon over dinner in 2011 during the filming of The Adjustment Bureau (in which Damon co-starred with Krasinski’s wife, Emily Blunt). They actually grew up a few bus stops from each other in Massachusetts — Damon in Cambridge, Krasinski in Newton. Damon liked Krasinski’s idea so much, he considered not only starring in the film but also making it his directorial debut. They wasted no time heading to New York to pitch Lonergan.

Embroiled in his Margaret troubles and committed to other stage projects, it took Lonergan a couple of years to get a first draft written. By then, Damon’s schedule had filled up and he’d had second thoughts about directing the project, although he still wanted to star in it. Lonergan, meanwhile, finally had seen movement on Margaret (the film had a limited release in 2011; the court case was settled in 2014) and was starting to think about stepping behind a camera again. “I think the characters that he created really got their hooks into him,” says Damon. “He came back with this 150-page draft. It was too long, but it had everything that was in the movie.” Damon urged Lonergan to make Manchester by the Sea his next directing job.

Even with Damon still attached to star and produce, financing was hard to come by. And then, another blow: Damon had to drop out as the lead because of a slew of other commitments — like The Martian — that would have delayed production for years. He recruited childhood pal Affleck to take his place, even though Damon knew Affleck wasn’t nearly as bankable a star. “This is one of the best roles I’ve ever seen for a leading actor,” he says. “I didn’t want to hand it off to somebody unless that was somebody I grew up with and who would make me happy I gave it up.” It turned out Lonergan felt the same way. He’d known Affleck since he and Damon co-starred in a London revival of the playwright’s This Is Our Youth in 2002. 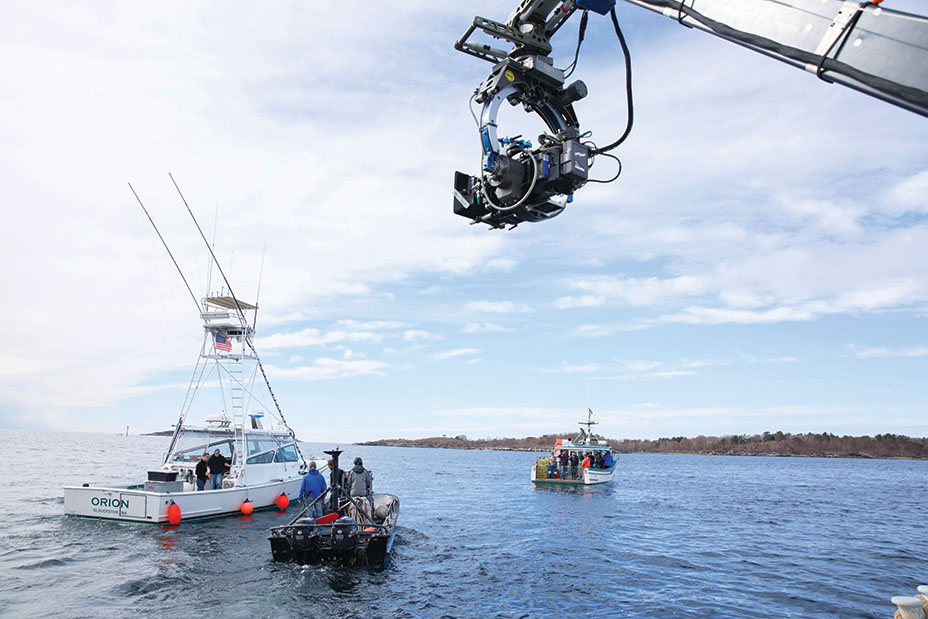 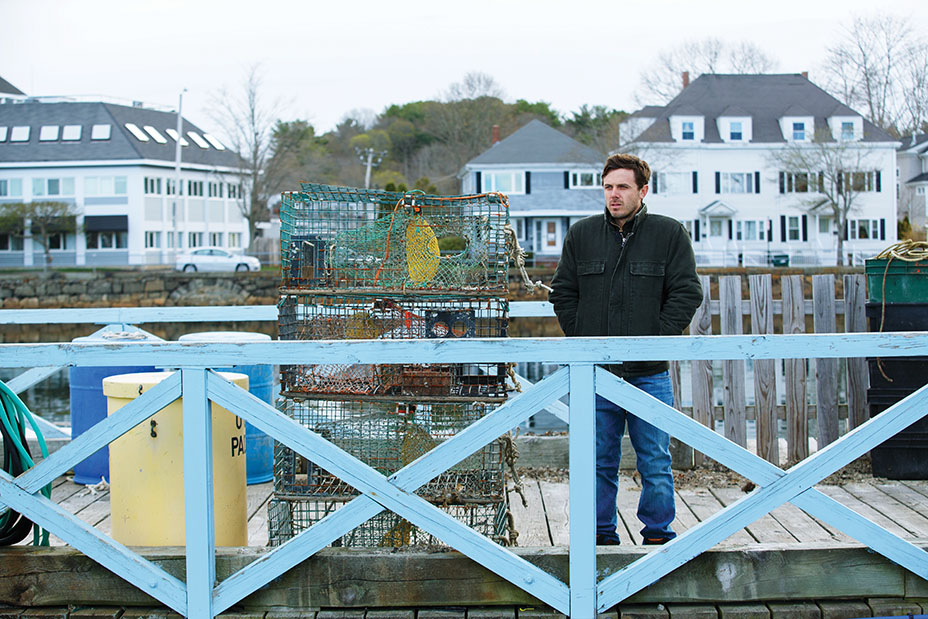 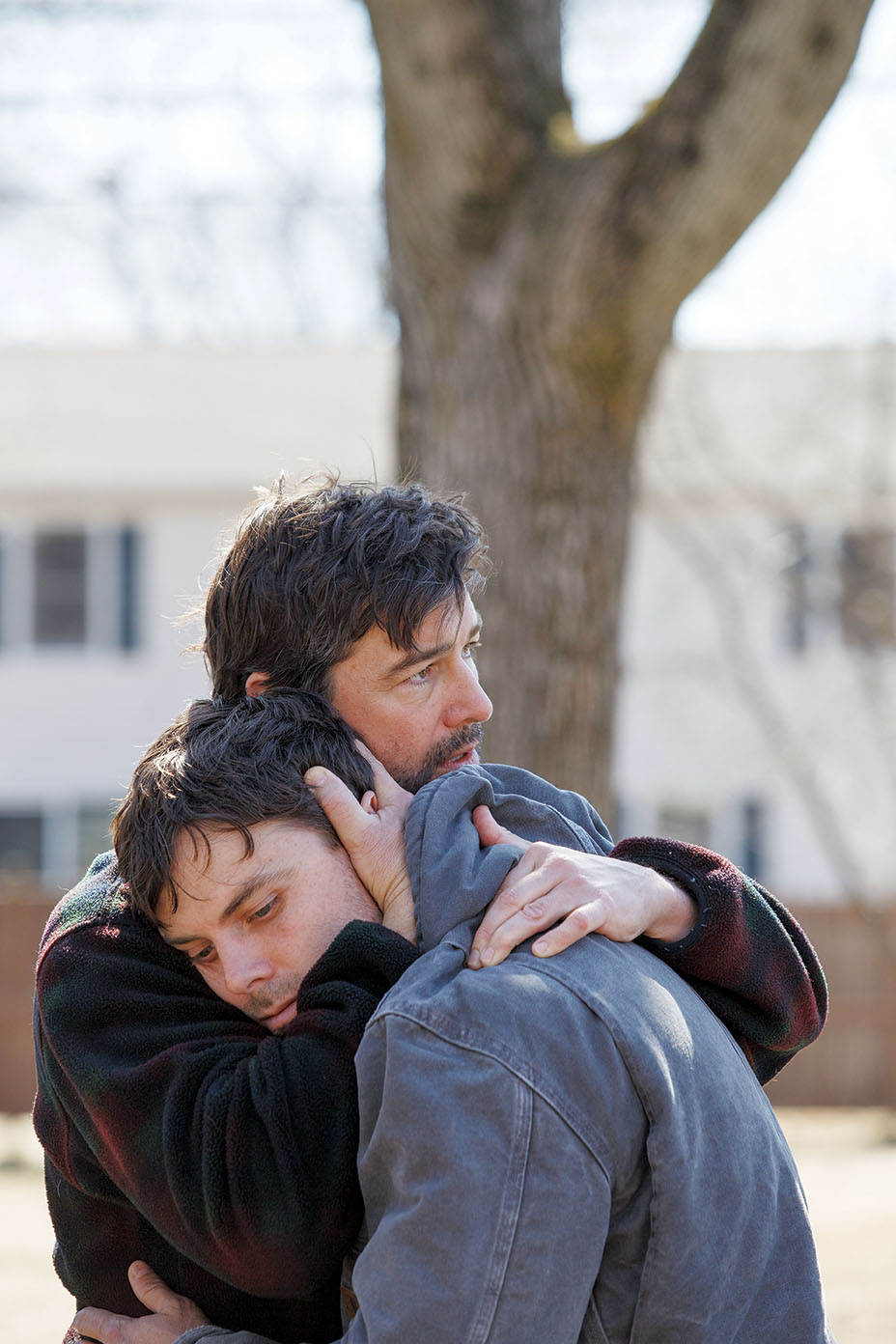 Despite Damon’s departure from the cast, financing finally came through, with newbie producer Kimberly Steward (daughter of World Wide Technology founder David Steward) stepping in with the roughly $8.5 million budget. The investment came with one caveat: As a hedge against another Margaret-like standoff, Damon would have final cut. For Damon and Lonergan, it was a no-brainer. “I knew Matt could protect me as long as nothing crazy happened,” says Lonergan. “And I wasn’t about to let anything crazy happen this time.”

For such dark material, the Manchester shoot turned out to be something of a buddy comedy, with a dash of Waiting for Godot. Lonergan and Affleck are kindred spirits creatively, although sometimes explosively so. The two endlessly dissected the minutiae of every scene. “There was one day where Casey and Kenny argued for 30 minutes about whether Casey should walk into the kitchen or living room or he should stop in the kitchen before he went into the living room to deliver this line, or he should deliver the line standing next to the table, or should he deliver it in the doorway,” recalls Hedges. “I was like, ‘What the hell are they talking about?’ I don’t understand why it would be any different.”

But for Lonergan and Affleck, there was a method to their madness. “Often we weren’t disagreeing, we were just sort of hashing things out,” says Affleck. Says Williams, “It’s hard to play these parts, and I think that some of it is a coping mechanism.” Still, she recalls with a chuckle, “Sometimes I would think, ‘Casey, it’s Kenny Lonergan; just do what he wants.'”

Notes Lonergan, “It was just a way of relating to each other that we both enjoy. It was a very fruitful partnership. I really liked working with him enormously. I know he liked it, too.” 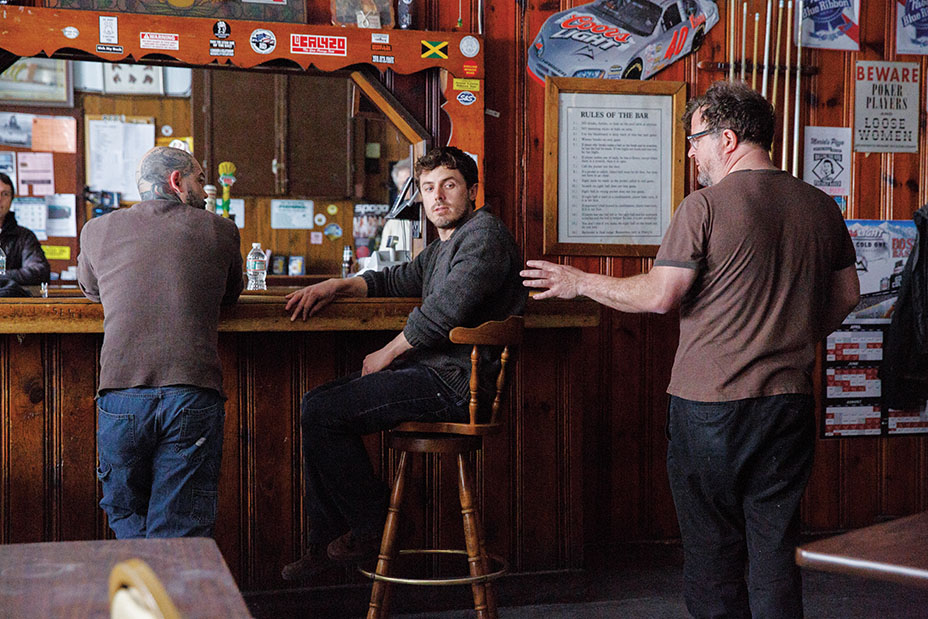 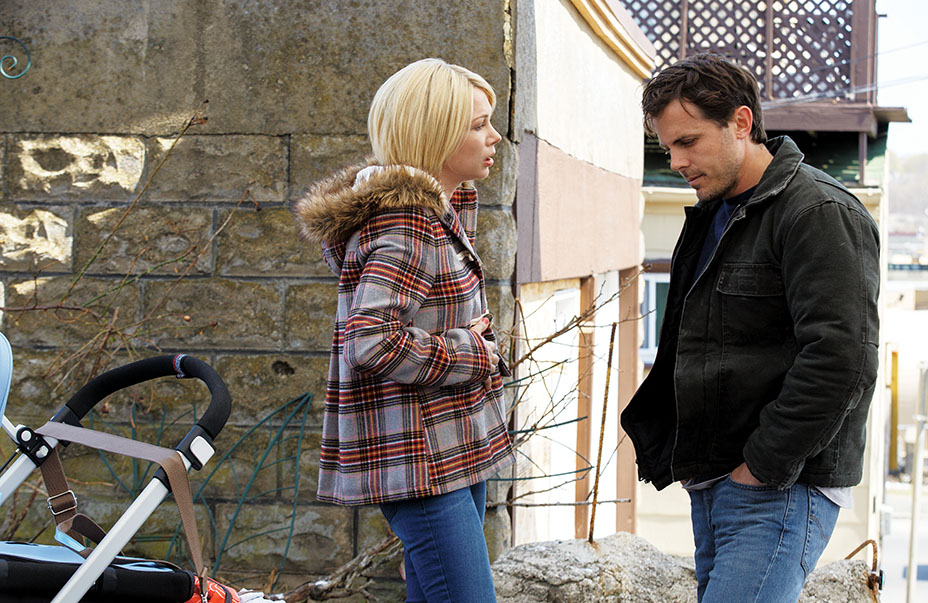 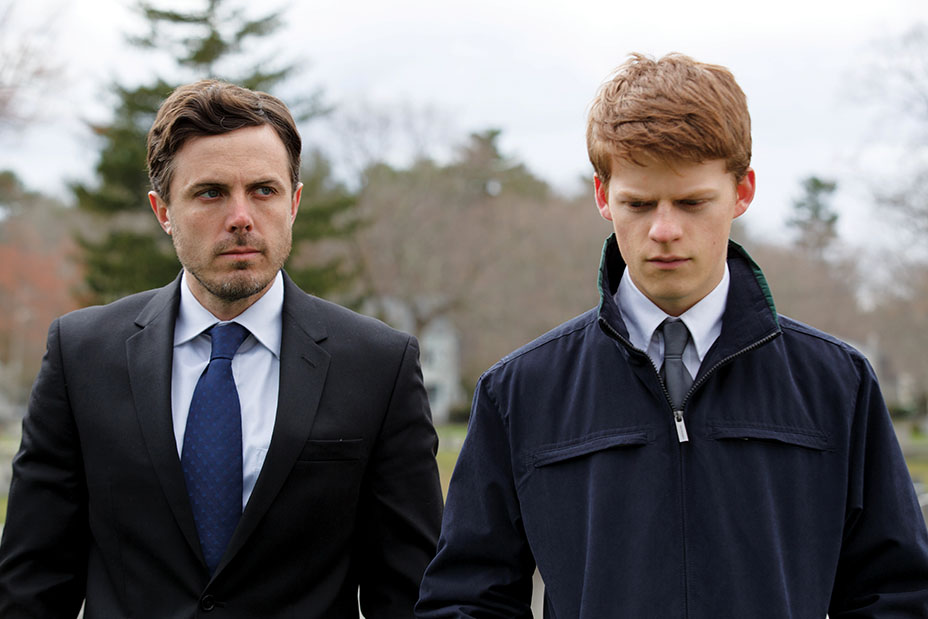 The final cut of the film came in at two hours and 15 minutes — not that much shorter than Margaret — but neither Damon nor Steward asked for re-edits. They took the film in January to Sundance, where it received a rapturous reception and universal critical acclaim. Sony, Universal, Fox and Lionsgate all put out bids, but Amazon’s $10 million offer prevailed. For Damon, doing business with a streamer didn’t have any stigma. “It’s critical we have the Amazons and the Netflixes,” he says. “More people are going to see Manchester because it’s on Amazon than would ever get a chance with a platform release. That’s our ticket to sustainability with these small movies. Because Lord knows it’s a struggle to get them made.

“Someday,” he goes on, “I’m going to be able to say to my children, ‘When your dad had any bit of leverage in Hollywood, this is what he helped to do.’ “ 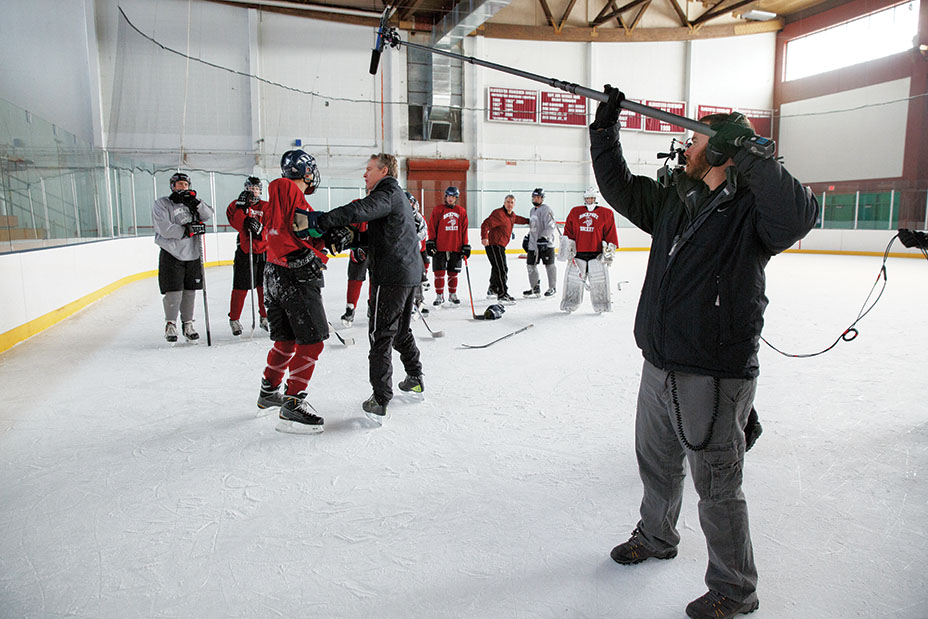 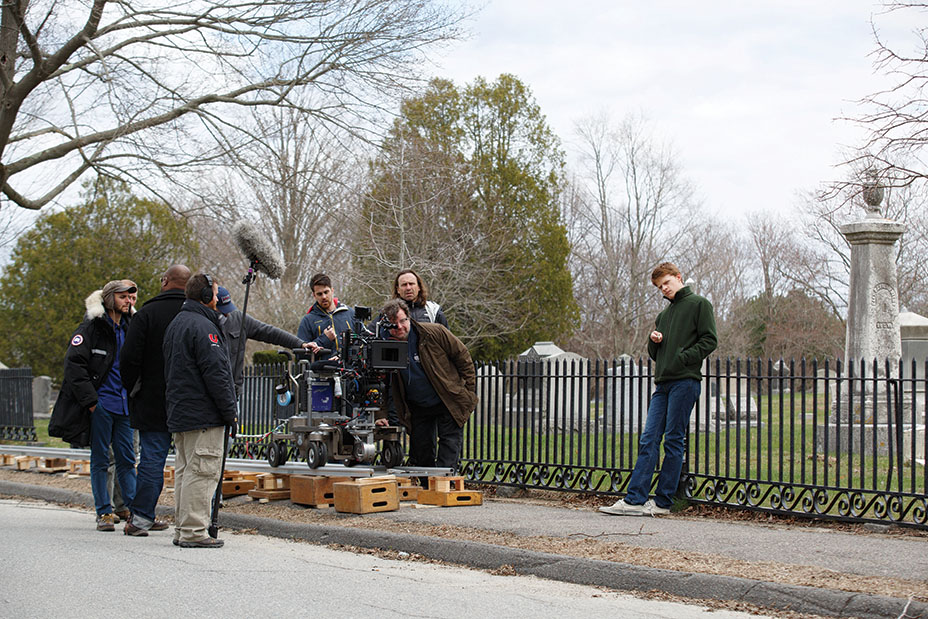 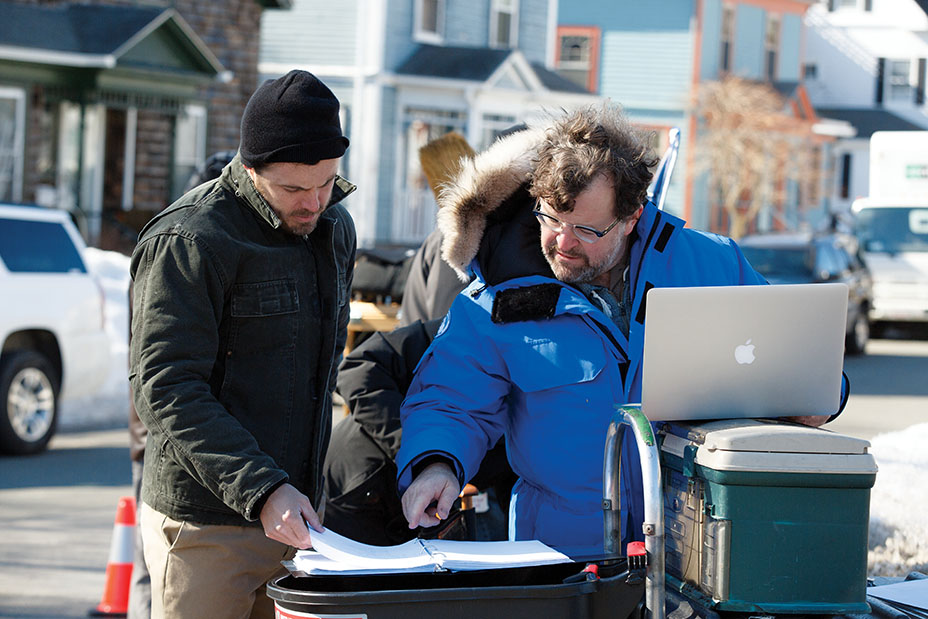 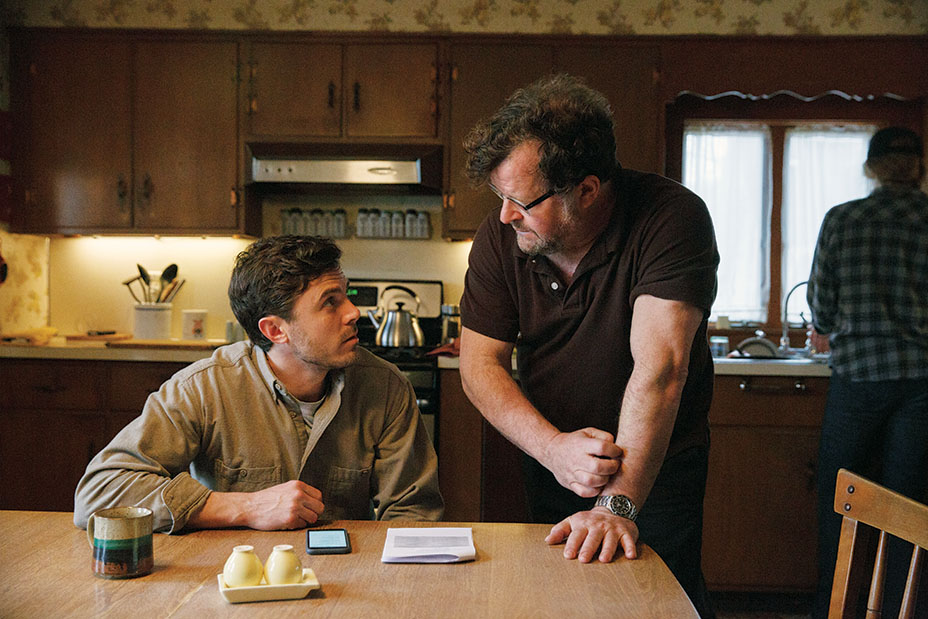 This story first appeared in a November stand-alone issue of The Hollywood Reporter magazine.