[This story contains spoilers for The Meg.]

The future of the Jaws ripoff — one of the most ignoble creature-feature subgenres — is here, and it may or may not be The Meg, an unabashedly cheesy vehicle for British character actor Jason Statham that feels like The Towering Inferno of Spielberg sploitation. With apparent swipes from both Jurassic Park and Jurassic World, The Meg pits Statham, playing Gerard-Butler-worthy deadbeat ex-husband Jonas Taylor, and an international super team of actors against a gigantic prehistoric CGI shark. Much of the film’s canned scenario and stock characters should be familiar to viewers who have seen at least one Jaws sequel, homage or clone, including the overbearingly smug joyriding billionaire antagonist Morris (Rainn Wilson), as well as the climactic massacre in China’s beautiful Sanya Bay, a location so gorgeous that the filmmakers couldn’t help but try to sell it as a tourist destination that just also happens to be the setting of a bloody, panic-fueled shark attack. (My, what clear waters and colorful inner tubes! All the better to eat the locals in… )

Still, The Meg is also, more importantly, endearingly corny. That’s something of a compliment. There are some canned, eye-roll-inducing post-Scream lines that address common Jaws-like tropes, like when underdeveloped African-American scientist DJ (Page Kennedy) sarcastically asks Morris if he assumed that DJ could not swim just because he’s black. Or when Jonas — a washed-up drunk with washboard abs, and both the conviction and experience needed to rescue a team of scientists that is trapped at the bottom of the ocean in an exploratory minisub — tells tough but fair co-leaders Mac (Cliff Curtis) and Zhang (Winston Chao) that he knows the recruitment spiel that they’re about to give him, right down to the “appeal to my emotions” that might inevitably break his resolve and convince him to go on one last dive.

But The Meg is a breath of fresh air because it does not revolve around winking jokes about how contrived and familiar its scenario is. That’s a welcome change of pace after Syfy shark films like Sharknado (2013), Ghost Shark (also 2013), or anything involving or similar to a Sharktopus. There’s not a lot of pandering “ironic” posturing here; instead, we get a hero who (sometimes) grapples with survivor’s guilt and ultimately concludes that “it’s not about the people we’ve lost, but the ones we save.” The Meg also features a sweet romantic subplot between Jonas and constantly imperiled scientist Suyin (Bingbing Li), even if it’s marred somewhat by Jonas’ unfortunate surrogate dad relationship with Suyin’s stereotypically wise-beyond-her-years 8-year-old daughter, Meiying (Shuya Sophia Cai). 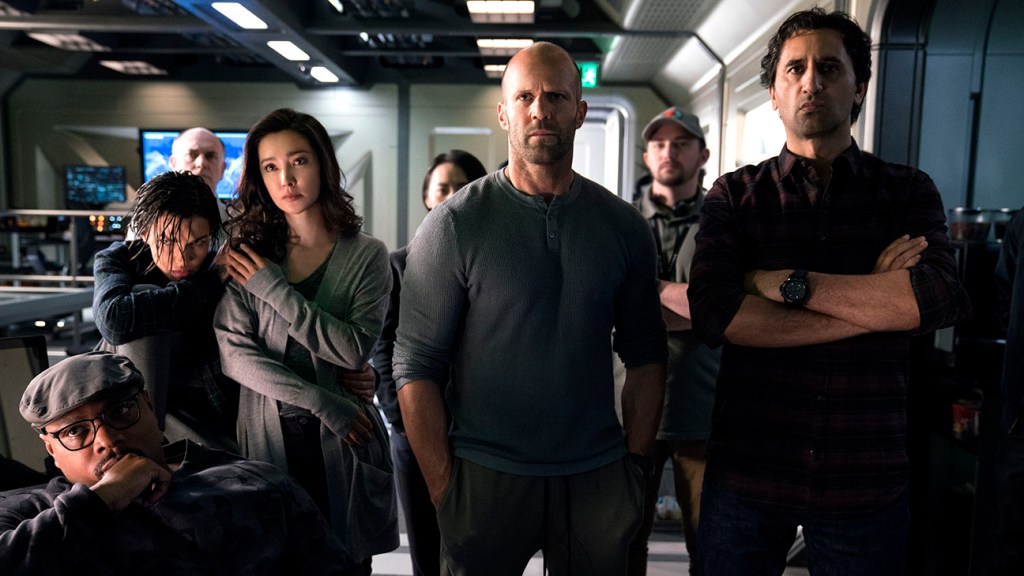 Still, The Meg is a slow pendulum swing back in the right direction for brain-dead big-budget genre entertainment because its characters deliver dopey one-liners with guileless sincerity, and periodically take time to lament the programmatic deaths of their peers. Some moviegoers will miss the self-aware sadism of the incompetent and unpleasant 2010 remake Piranha 3D. But again, we are deep in the realm of Spielberg-esque entertainments, a postmodern landscape where cynicism is repeatedly and ritualistically vanquished by troubled, righteous men who are better problem-solvers than caregivers (stop trying to mentor that child, Jason Statham!). In this context, it’s a great relief to see Jonas, indomitable man of action that he is, step up to clean up the mess that Morris and his well-meaning but unprepared scientist team incidentally create when they lead a King Kong-like gigantic shark into the modern world.

Steven Spielberg’s films have become pillars of American blockbuster cinema, a trend that probably won’t change any time soon. So shouldn’t there be more films like The Meg, ones that encourage viewers to gasp when supporting characters bite it instead of laughing at snarky jokes that only serve to flatter viewers’ intelligence? If you’re like me, The Meg will remind you of all the trashy films — good and bad — that you enjoy. It brought to mind the shaggy-dog pleasures of earlier Jaws ripoffs like Aatank, a gonzo Indian action-adventure that was shot in the ’80s and completed in 1996. Aatank follows a righteous harpoon-thrower named Jesu who, wearing only a midriff-revealing vest and a pair of jorts, avenges his childhood friend Peter from a womanizing but easily bored local gangster and the most ferocious toy-helicopter-destroying rubber shark you’ve ever seen. 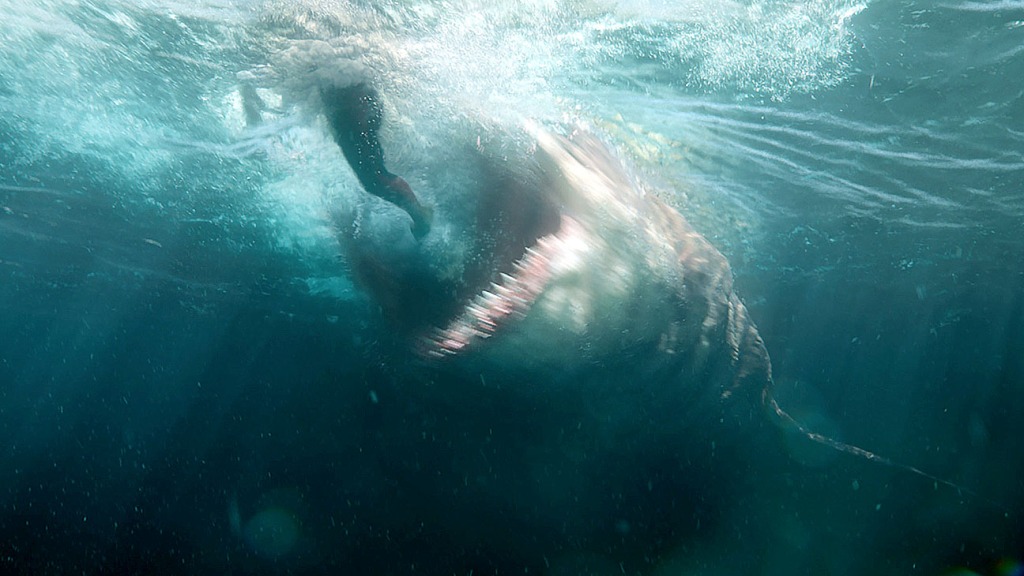 And Aatank reminded me of other dinky Jaws ripoffs, like Up From the Depths (1979), The Last Shark (1981), Orca (1977) and Barracuda (1978). These are endearingly lousy movies, all set in inexpertly exploited exotic locales, feature bewilderingly unpleasant supporting characters, poor acting, frequent boozing, some ostensible sex appeal, and infrequent cost-efficient sea creature attacks. These films will test your patience, what with their flimsy character development and frequent use of subjective POV camerawork to substitute for explicit shots of angry rubber sharks (or a killer whale).

But if you’re like me, these films will also remind you of genuinely stirring Jaws ripoffs like Piranha (1978), Grizzly (1976) and Alligator (1980), movies that balance thrilling monster attacks with snappy dialogue and/or credibly human protagonists. These exceptionally good time-wasters wouldn’t get made if there weren’t also a market for so many bad brain-cell killers (some more enjoyable than others). So while The Meg probably isn’t good enough to set any trends or inspire future historians, it it is refreshingly unpretentious, even if its underwater sea-lab set pieces do bring Jaws 3-D to mind (and I like Jaws 3-D). More where this came from would be a welcome doggy paddle in the right direction.