Marielle Heller was in her therapist’s office on New York’s Upper West Side, talking about a new directing gig she’d just landed, when she noticed her shrink started looking a little funny. As Heller explained the film’s plot — about a real-life down-on-her-luck New York writer in the 1990s, who bailed herself out of financial straits by forging letters from famous dead authors like Noel Coward and Dorothy Parker, her therapist suddenly stiffened in her chair.

“Not Lee Israel?” she asked Heller. “She lived in this building. You do not want to know what I thought of Lee Israel. She was not a nice person.”

Small world. But nice or not, the role of Lee Israel could just be a career changer for Melissa McCarthy, transforming the 48-year-old Bridesmaids breakout (and onetime Sean Spicer impersonator) into an award-winning dramatic film actress. McCarthy’s bitchy, boozy performance already has earned her a Golden Globe nom for best actress in a drama and may even land her an Oscar nomination. “I feel kind of personally responsible for getting her story out there,” says McCarthy. “Lee had such talent and was suddenly told because of her personality that she was obsolete. I can’t say what any of us would do when pushed into that kind of dire circumstance.”

The film is based on Israel’s 2008 memoir in which she details how she went from being a promising magazine journalist in the 1960s (profiling stars like Katharine Hepburn for Esquire) to a successful biographer (a 1980 best-seller about famed journalist and What’s My Line? panelist Dorothy Kilgallen) to a less successful one (a 1985 bio of Estee Lauder that flopped) to a bitter, unemployable drunk who paid her cat’s veterinarian bills by forging notes from dead stars like Fanny Brice and selling them to vintage bookstores. The memoir stirred up a bit of controversy when it was published, with some critics questioning why Simon & Schuster would help Israel profit further from her crimes, but it was otherwise mostly well-received.

One big fan of Israel’s tell-all was producer Anne Carey, a fixture on the New York indie film scene whose recent credits include Mr. Holmes. Carey thought the book would make a terrific movie and set up a 2008 meeting with Israel at a Chelsea restaurant. “She was super smart, wickedly funny and bitter in an interesting way,” Carey says of Israel, who died at age 75 in 2014. “She had such a specific, clear voice about being a New Yorker, about being a writer, about working in the publishing industry, about drinking and about mischief.” 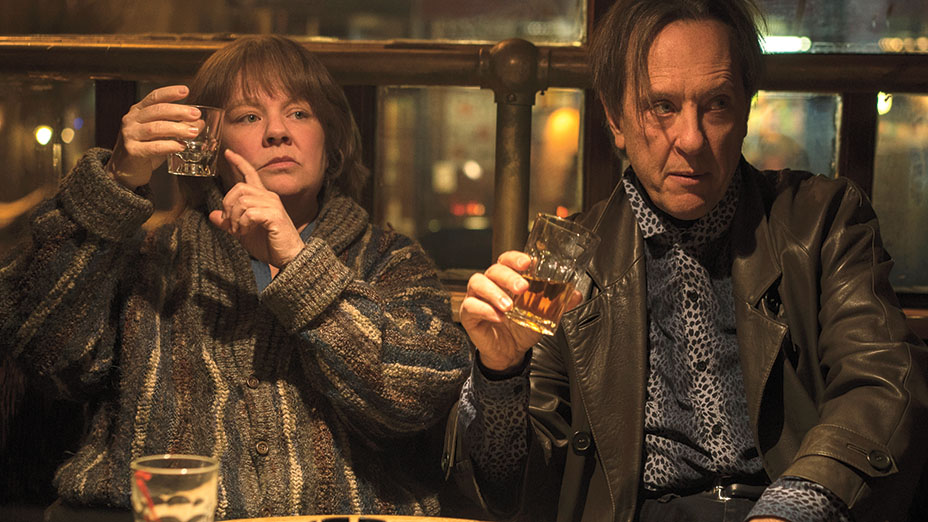 After getting Israel on board, Carey brought on playwright Jeff Whitty, who’d won a Tony Award for Avenue Q, to adapt the book into a screenplay. Whitty opted not to meet Israel — he wanted to create the character on his own — but after turning in four drafts, he ended up running into her by accident. Barhopping with friends one night in 2011, he found himself at Julius, a famous gay pub in New York’s West Village, where — small world again — he spotted Israel drinking in a corner. “I went up to her and said, ‘I’m Jeff Whitty, I wrote the screenplay of your life.’ “

Carey, meanwhile, went off to try to find investors, which wasn’t easy. “There wasn’t much money lying around for financing an independent movie about an angry 50-year-old-plus woman,” she says. The film caught a break in 2014 when Friends With Money director Nicole Holofcener signed on, helping attract Julianne Moore to star and convincing Fox Searchlight to finance the $10 million film. But then, six days before shooting was to begin in 2015, it all fell apart when Moore left the movie over still-mysterious creative differences. Holofcener won’t say what the problems were, but she too departed shortly afterward.

Carey, thinking on her feet, quickly came up with a Plan B. She had just made The Diary of a Teenage Girl with an emerging filmmaker — Heller — who coincidentally was Holofcener’s former Sundance Lab protegee. Carey offered the directing job to her, with Holofcener’s blessing (Holofcener even turned over her boxes of research). The transition was relatively seamless, except for one thing: They didn’t have a movie star anymore.

McCarthy had been indirectly following the project for years. Her husband, actor-director Ben Falcone, had been cast by Holofcener as a bookstore owner when she was directing the movie, and McCarthy had read the script. “We always read each other’s stuff,” she says, “and I thought it was amazing.” So, when McCarthy heard that Moore had decamped from the project, her ears perked up. “I threw my name in the mix,” she says. Heller, 39, met with McCarthy in spring 2016, at the actress’ office in West L.A., and the two bonded over the character. “What sucks in many ways about Lee’s story is that she wasn’t appreciated for her intelligence because she didn’t look a certain way and she wouldn’t play the game,” says Heller. 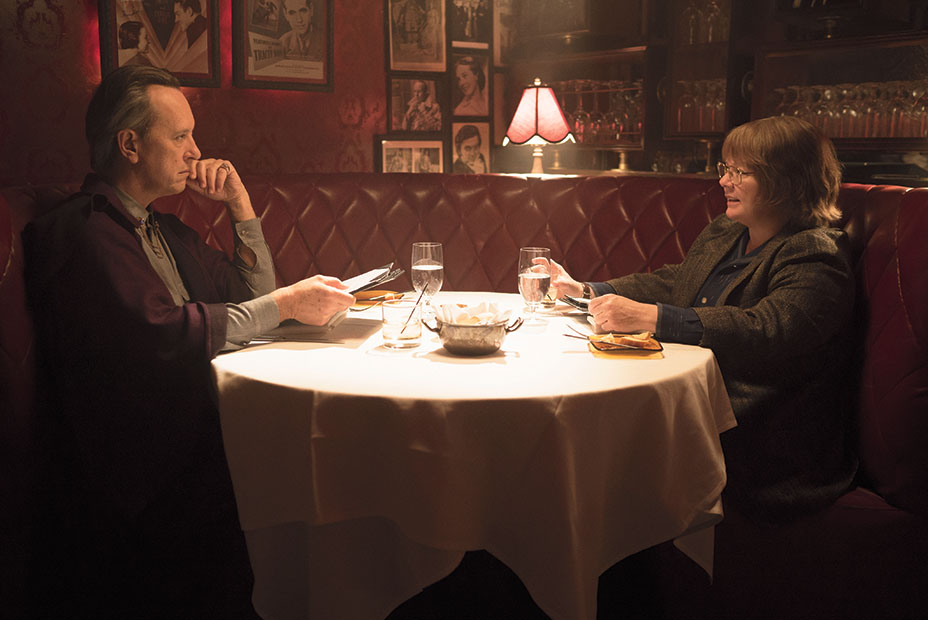 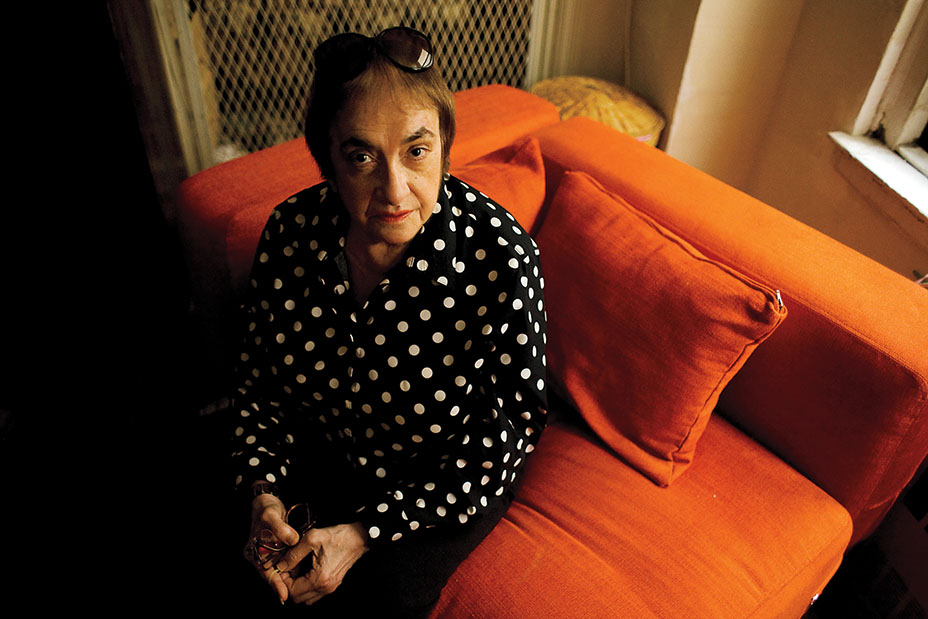 Filming began in January 2017 on location in New York City, though some of the locations had to be dinged-up to evoke the grungy 1990s. “It was different then,” says the L.A.-based McCarthy, who lived in New York before Rudy Giuliani was mayor. “It wasn’t so cleaned up. It wasn’t such a shiny new penny.” Heller unearthed a few slivers of dirty old Manhattan to shoot on and discovered ways of de-shining some other spots (such as hiding a modern digital parking meter with a hollowed-out refrigerator) and found an appropriately depressing three-bedroom apartment on West 55th Street to double for Israel’s home (though, in reality, Israel had a one-room studio in the building where Heller’s therapist now has her office). One location that didn’t require much dressing up was Julius, the bar that had been Israel’s home away from home. The management happily let Heller use the space for her film.

Julius is where Israel meets Jack Hock, a drinking buddy of sorts who ends up becoming her cohort and helps her peddle her forged letters. Hock was a gay drifter from Portland, Oregon; in the movie, he’s an Englishman played by Richard E. Grant, 61, who arrived on the New York set fresh from playing the evil Dr. Zander Rice in Logan, the final Hugh Jackman Wolverine movie. “You could feel the testosterone in every corner of that movie set,” says the actor of the X-Men spinoff. “The contrast between that and being in Manhattan, in actual locations where people lived — it felt so collaborative and nurturing.” 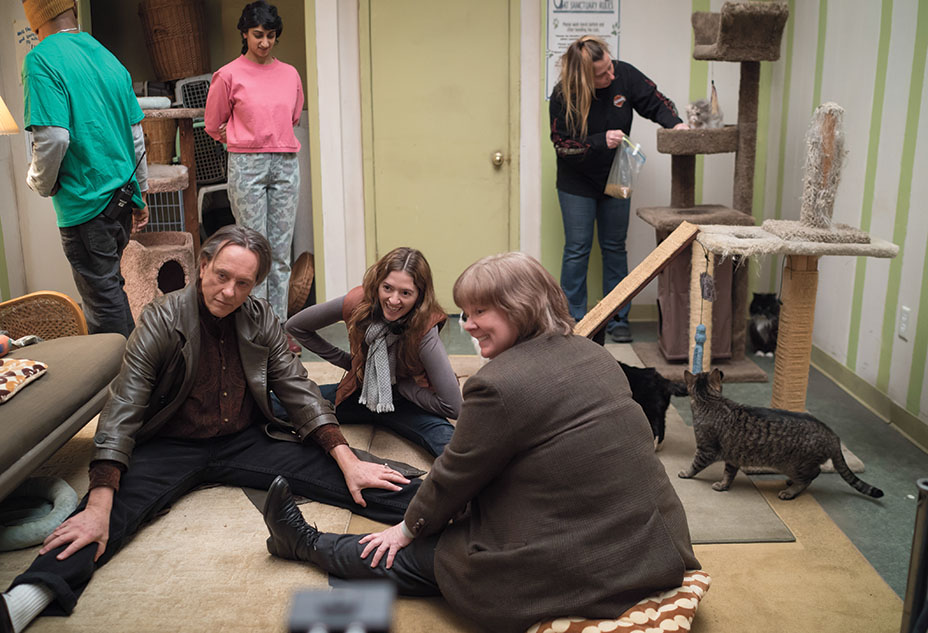 Shooting Can You Ever Forgive Me? was something of a change of pace in other ways as well, especially for the hair and makeup departments. Explains Heller: “There’s this thing that happens right before you roll the camera where everybody rushes in to make sure there’s not a single crease in the shirt, that everyone looks perfect. I fundamentally believe it is very terrible for women and for humanity. And there is something wonderfully radical about a female character like Lee Israel who cares a lot more about her intellect than she does about her appearance.”

McCarthy agrees, arguing that Hollywood should show more of the “real world” and not just cosmetically perfect actresses. “Sometimes when you look like someone who isn’t L.A.-centric, people in Hollywood don’t think it’s a real human,” she says. “But I want to play all types of women.” 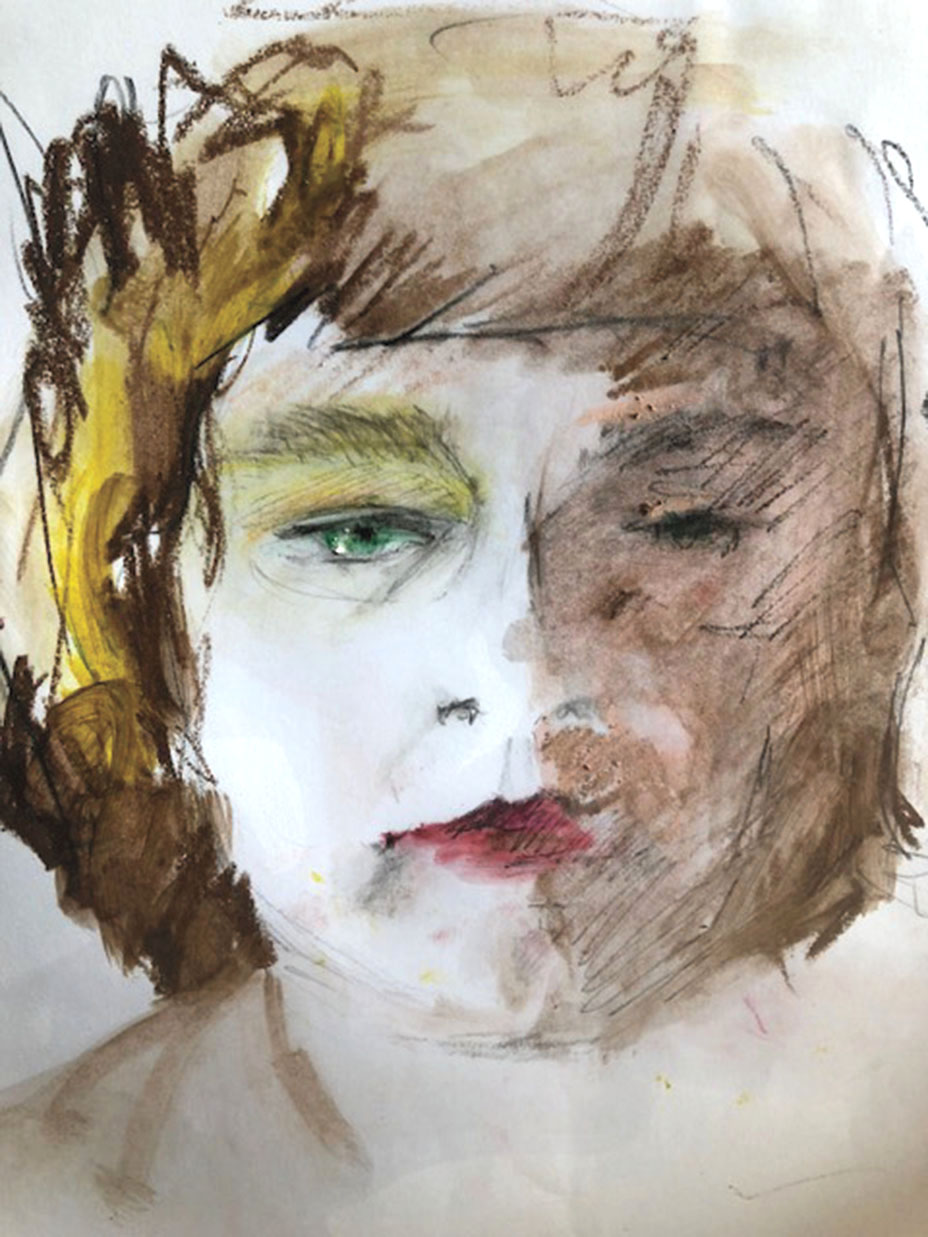 The shoot lasted a brisk 28 days. The editing, though, went on for seven months, with the first cut clocking in at a hefty three hours. Heller and editor Anne McCabe spent week after week chipping away until they’d removed an hour and 20 minutes, a process that nearly gutted the director. “So heartbreaking,” she says, “but I also feel like [one hour and 40 minutes] is a great length for a movie.”

Can You Ever Forgive Me‘s premiere at Telluride in September sparked instant Oscar buzz for McCarthy and Grant (he received a Golden Globe nom) as well as nearly universally glowing reviews (the film is at 98 percent on Rotten Tomatoes). Since its limited release in October, it has grossed $7.3 million in the U.S., a figure that likely will grow if the Oscar chatter proves at all prophetic. Heller, though, has already heard from one audience demographic whose opinion gave her the most emotional comfort.

“I saw my therapist last week,” she reports. “And she said, ‘I saw the movie and I loved it. Everyone in the building is talking about it. It’s the talk of the building!’ “

Melissa McCarthy Went to "Really Dark Places" for 'Can You Ever Forgive Me?'