There was the ever-present oppressive Louisiana heat. And humidity. And pesky mosquitos. And always the mud. Sometimes, it was caused by the thunderstorms that would sweep through, without warning, in the afternoons. Sometimes it was created by the rain towers used to ensure muddy continuity when the sun baked the dirt dry. But always that mud — quite real and metaphoric.

“It doesn’t matter what color, what creed, what gender, what religion you are — we’re all trapped in the mud,” says Virgil Williams, who adapted Hillary Jordan’s 2008 novel Mudbound for the screen. “It’s the mud of fear, the mud of ignorance, the mud of hate, and the only way out of it is with love.”

Even as Dee Rees was filming Mudbound in the summer of 2016, that hate was evident across the nation as the presidential election heated up and various judicial proceedings played out — like some distant thunder. The director recalls one day when the schedule called for her to shoot a scene of the young kids in the film playing at war, and news had just broken that another cop had been acquitted for shooting a black man. “I was so pissed off,” recalls Rees. “That was something that had been in the background for years, and it was definitely felt on the set.” 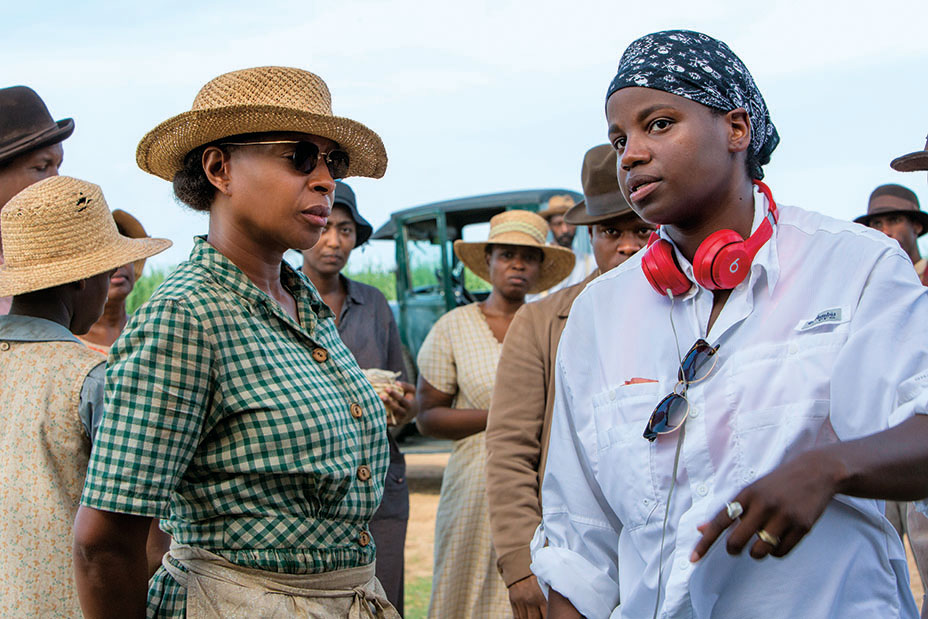 But out of all that mud, the film that emerged ultimately tells a different story. Mudbound is the account of two families — one white, one black — whose fates intertwine as they attempt to make a living, working the cotton fields in the Mississippi Delta during, and just after, World War II. The McAllan family, headed by Jason Clarke and Carey Mulligan, find their dreams of a comfortable life tending the land eluding them, while the Jackson family, led by Mary J. Blige and Rob Morgan, are looking to eke out more than just a sharecropper’s existence. The movie doesn’t shy away from the racism that coursed through the Jim Crow South — especially when the Jacksons’ son, played by Jason Mitchell, and the McAllans’ brother, portrayed by Garrett Hedlund, return from the war and find the discrimination that they thought had been set aside during wartime not only still exists but has become even more pernicious.

But Mudbound — which, though a period piece, speaks very much to the current moment — also offers up a few redemptive grace notes in the tentative friendship that grows between the two veterans and the wary respect that develops between the two matriarchs. When it debuted this year at the Sundance Film Festival, Rees, her cast and crew were greeted with a standing ovation, and Netflix quickly snapped up the project for $12.5 million, the biggest deal of the fest. The film next will make its way into select theaters and onto the streaming service Nov. 17. 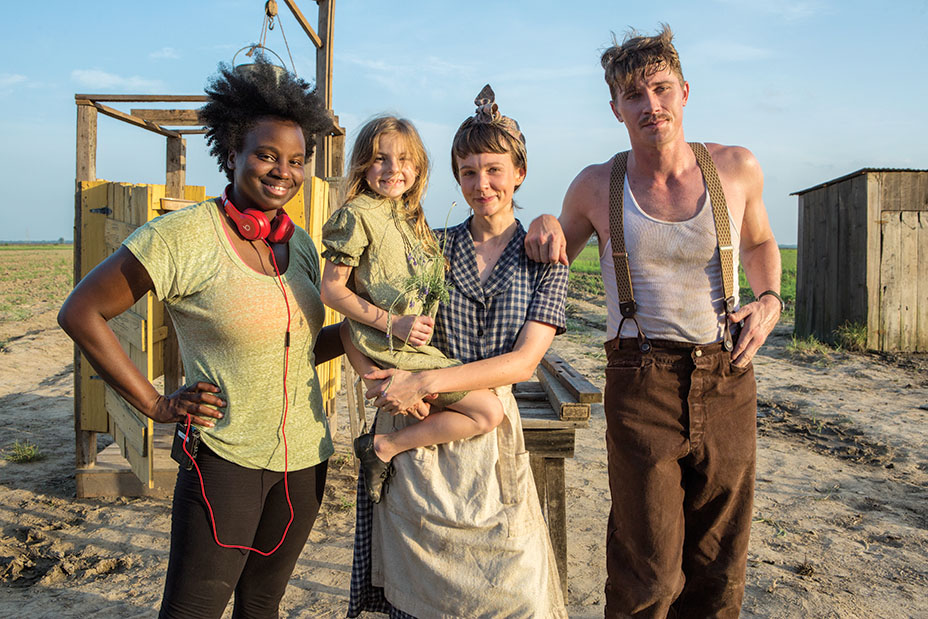 It was Williams, a prolific television writer with credits ranging from 24 to ER to Criminal Minds, who first recognized the film potential in Jordan’s book. He’d been seeking to break into feature writing when CAA agent Michelle Weiner handed him a stack of novels. “It felt like a To Kill a Mockingbird for this generation because of its multiple points of view,” he remembers thinking. And, being half black and half Puerto Rican and with a grandfather who fought in World War II, he felt connected to the narrative as well as its racial themes. “My rep warned me that period pieces don’t sell — this was before 12 Years a Slave landed — but I was prepared to write it on spec,” he says.

Fortunately for him, Texas-based producers Sally Jo Effenson and her son Carl Effenson stepped in, optioned the novel and commissioned Williams to write a screenplay. Several potential directors such as George Tillman Jr. (Notorious) and cinematographer Phedon Papamichael were attached along the way but moved on when financing proved elusive. But things changed when the Effensons, seeking advice, sent the screenplay to prominent indie producer Cassian Elwes in fall 2015. Elwes, who has helped shepherd such movies as Lee Daniels’ The Butler and Dallas Buyers Club, says: “I read it the night they gave it to me. About halfway through, tears started rolling down my face. And by the end of the script — its last word was ‘love’ — I was sobbing. I’d grown up in England, so I didn’t really know anything about the whole Jim Crow era in America. I couldn’t believe people treated each other that way. I became obsessed by it.” 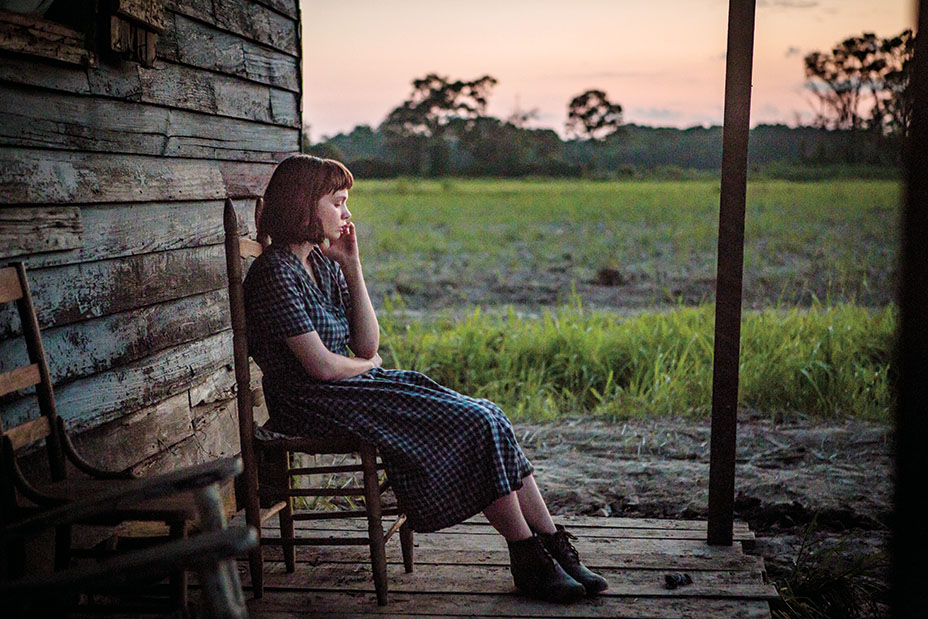 Elwes, who has been working to develop female directors through his support of Sundance’s annual Horizon Award, immediately decided the project needed a woman helmer and that she should be African-American — and that in turn led him to Rees. Having directed just one theatrical feature — the well-received, low-budget 2011 indie Pariah — along with the 2015 HBO biopic Bessie, about blues singer Bessie Smith, Rees at first might not have seemed to be the likeliest candidate to film an ambitious period piece, made all the more challenging by the fact that it would have to be shot on the bare-bones $11 million budget that Elwes was assembling. “But, frankly, I knew Dee was more than qualified,” says Charles King, who quickly came aboard as a producer. “I knew how brilliant she was.”

King, who served as one of Rees’ agents during his years at WME, recently had left the agency to launch his own production company, Macro, to serve diverse talent and audiences. “The mission of our company is to tell stories like Mudbound from a multicultural point of view that can build bridges and bring people together,” he says. And so, at the 2015 Toronto Film Festival, the financial elements all came together: Teddy Schwarzman of Black Bear Pictures agreed to extend a production loan against foreign sales, with Macro and Armory Films, headed by Christopher Lemole and Tim Zajaros, each providing half the equity. “It wasn’t as difficult as some of the movies I’ve worked on,” says Elwes of finding backing, “because after #OscarsSoWhite, people realized we’re serving an underserved marketplace. If it turns out to be a good movie, it can work.” 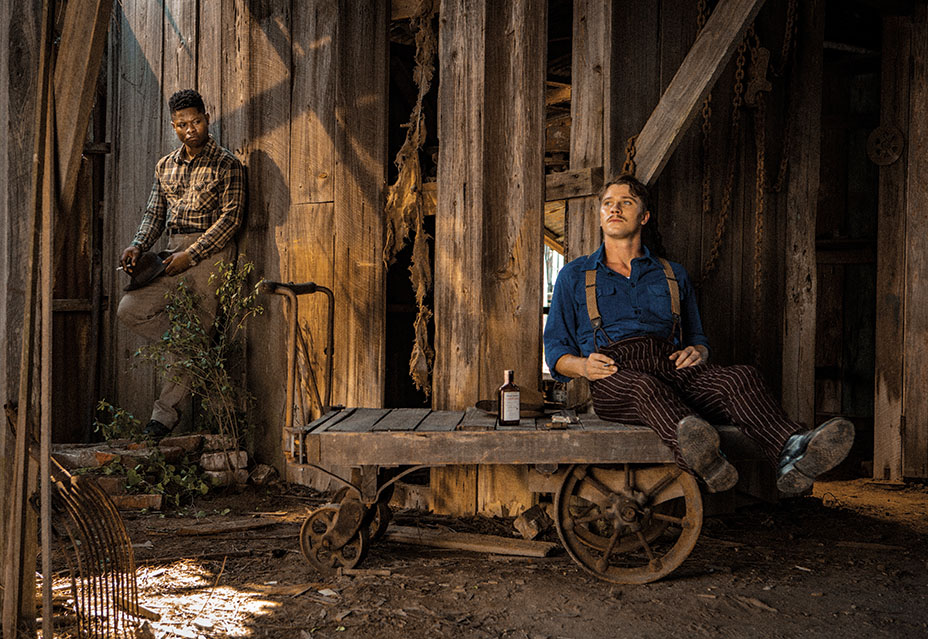 Rees then immediately set to putting her own imprint on Williams’ screenplay. “My focus was making sure the Jackson family had a more active role and giving them a complete arc,” she explains. For inspiration, she turned to a journal that had been kept by her grandmother, who was born in 1925 in the little town of Ferriday, Louisiana, where her parents picked cotton. “She wanted to be a stenographer,” says Rees — an aspirational detail that made its way into the film along with other additions by the director, like Blige’s Florence seeing her son, Mitchell’s Ronsel, off to war.

As for casting, Rees knew from the start that she wanted Blige — known more as a Grammy-winning singer-songwriter than an occasional actress — to play Florence. “Her overall body of work has a lot of exploration of love and pain,” notes Rees. “I knew the character had to have an outer reserve but an inner vulnerability. I needed an actress who had outer restraint but a light behind her eyes, and I knew Mary could bring that.” Blige, who knew of Rees’ work on Pariah, was game. “I knew this woman — she’s my grandmother, she’s my aunt,” says Blige of Florence. Mulligan, though, whose recent films have included Far From the Madding Crowd and Suffragette, wasn’t sure she wanted to jump into another period piece. But after chatting with Rees, she says, “It became clear this feels like an anti-period film, and what she wanted to do was really exciting.” 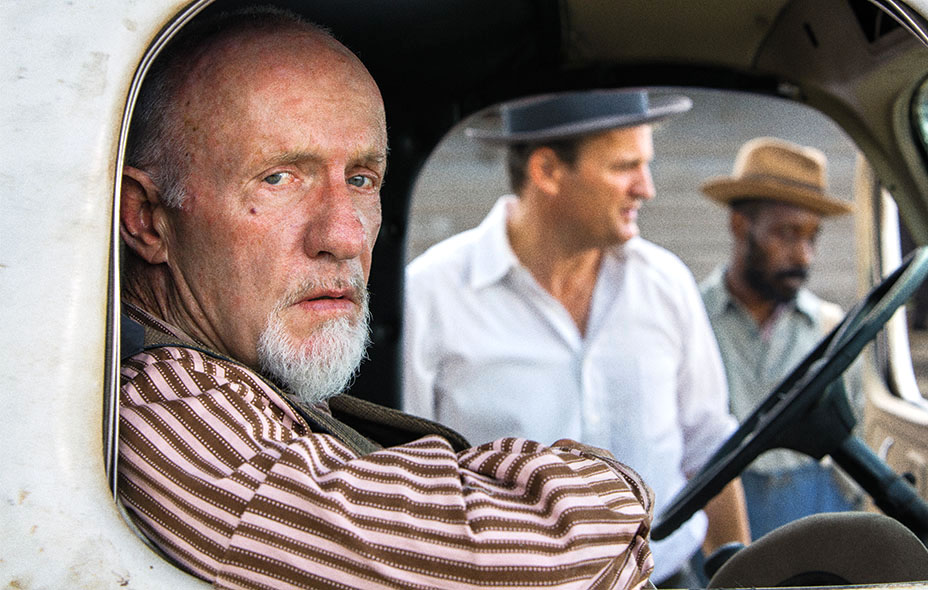 Meanwhile, production designer David Bomba was readying the location, which presented multiple challenges. To find a spot with the open vistas needed by cinematographer Rachel Morrison, the production settled on farmland belonging to St. Joseph’s Plantation, an hour outside of New Orleans. But most of that area’s fields grow sugarcane rather than cotton, so Bomba considered it miraculous when he found one 250-acre stretch where the soil had just been turned over and thus could pass for a newly tilled cotton field. For a scene that did require cotton in full bloom, he imported hibiscus plants, which mimic cotton leaves, augmenting them with wedges of cotton.

The locale did provide one bonus. “I didn’t have the money to build facades and cheat interiors,” says Bomba, but he discovered three slave shacks, dating to the 19th century, sitting alongside a levee. The company was able to move them into the center of a field, where, with reinforced floors and holes cut into the roof to allow for lighting, they became the homes for the Jackson and McAllan families. Their location also allowed Morrison, working in widescreen, to pull back to dramatize how isolated these families were amid all of the surrounding land. Of the movie’s look, says Morrison, “The main thing for me and Dee was to find the balance between the scope and intimacy. You don’t want it to be so epic that you lose the humanity at its core.” 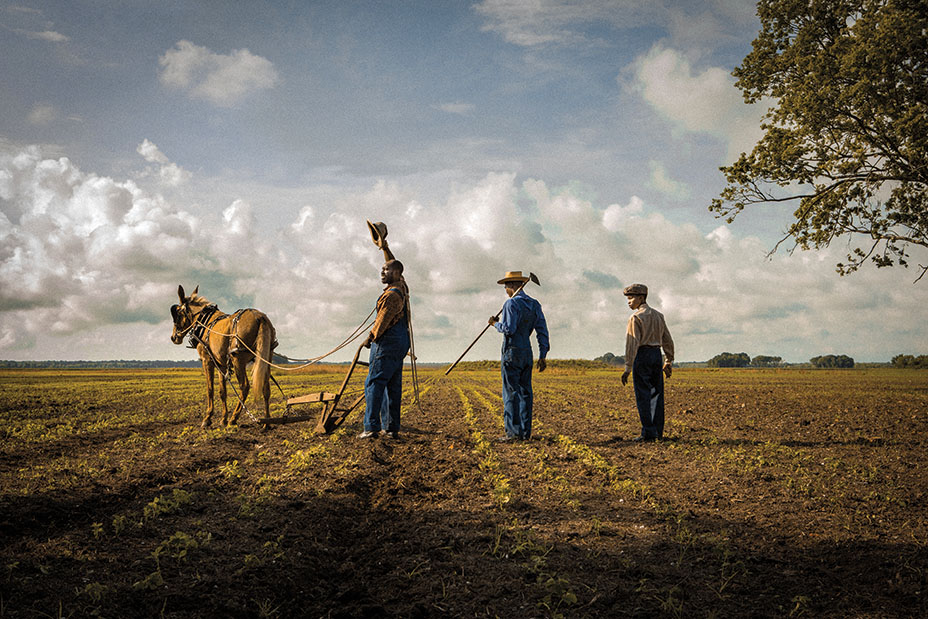 With the cast beginning to assemble — Hedlund and Clarke eased into the time period by taking a road trip together from Memphis to New Orleans during which they stayed in 1920s cabins along the way — Rees eschewed a conventional rehearsal period for a weeklong series of trust-building exercises in which she asked the actors to pair off in various combinations and then — in character — do such activities as sitting quietly, looking into each other’s eyes or writing letters to each other’s characters. “When I first met Mary J. Blige, she was very quiet and sort of humble,” recalls Mitchell, who first made an impression onscreen playing Eazy-E in 2015’s Straight Outta Compton. “She told me that day, ‘I’m in your world.’ ” Still, he vowed, he’d never refer to her on set as Mary J. Blige — only as Florence, her character’s name.

Nothing could prepare the cast for the rigors of the extremely tight 29-day shoot (which also included two days in Budapest, Hungary, for the World War II scenes and another in New York for visual effects work). When it wasn’t raining, the sun bore down on them. “I got sun poisoning for the first time in my life,” says Morrison, who went home one night racked by chills. Adds Mulligan, “So often you have to act stuff. On The Great Gatsby, we had to act extreme heat, but we were cold because we were in an air-conditioned studio. Here, the discomfort played in — the mosquitos, the sweat. We were at the whim of the elements, and it was kind of exciting.” 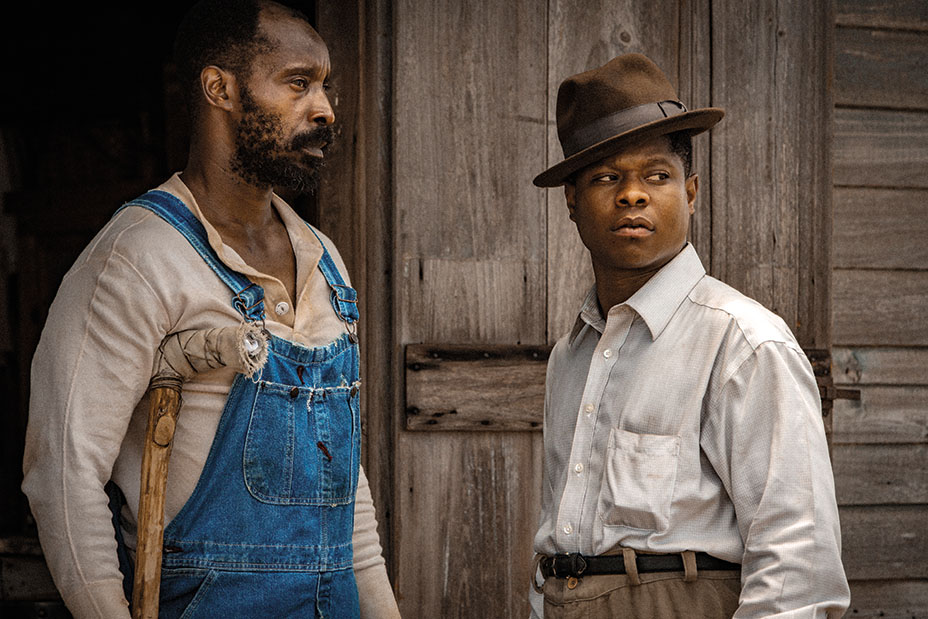 Even when the weather threatened to throw off the day’s shooting schedule — one day the production had to shut down because of a nearby tornado warning — Rees was quick to settle on an alternative. A critical scene in which Mitchell’s Ronsel and Hedlund’s Jamie first begin to bond was planned to take place by the side of a road, but when rain threatened, Reese moved it inside the cab of Jamie’s pickup truck, making the moment even more intimate. Says Hedlund, “It was beneficial to the scene, which took on a double meaning of the storm that was taking place in our own lives as we’re encapsulated by the storm that’s taking place all around us.”

Rees herself took all obstacles and vagaries in stride, moving quickly from shot to shot, as efficiently as a Clint Eastwood. “She was so prepared,” marvels King. “She knew decisively in every scene what she wanted and what she needed. And when she got it, she’d say, ‘I got what I needed.’ Very often she even wrapped early for the day. She was on a mission.”