Former Chicago Bears linebacker Lance Briggs is moving into comics for his new project, with a crowdfunded sci-fi graphic novel that’s at once a sports comic and a polemic against systemic failures that drive the poor to crime.

The Trap centers around Jaylen Robinson, a rising star in the world of the new intergalactic sport, surfriding, even though he hails from the least likely starting point: Earth. But when he needs money in a hurry to repair broken equipment, he agrees to a heist that goes horribly wrong — and threatens to ruin his life completely.

As Briggs describes it, the title of the project is a reference to a broken system that fails the people inside it, forcing them into making bad choices in order to simply survive.

“One of my favorite things about comic books is how easy it is to get lost in their worlds,” Briggs told The Hollywood Reporter. “I grew up loving and admiring creativity, storytellers who had a way of exploring the ideas and issues of the day, through the fantastic. After spending so many years enjoying these types of stories, it became a dream of mine to create worlds for others to get lost in, while also talking about the issues close to my heart.”

For Higgins, growing up a Bears fan added to the alure of the project.

“I’ve been a diehard Chicago Bears fan my entire life — in no small part, I attribute a lot of my early love for storytelling and drama to noon kickoffs and fourth quarter comebacks. Which makes the opportunity to collaborate with one of my favorite Bears — on such a bold new look at sports, community and planet-wide hardships — both incredibly humbling and exciting,” said Higgins. “As Lance and I built out Jaylen’s story, the graphic novel format is something that we both fell in love with. Much like a single football game, a graphic novel allows us to create a rich, exciting narrative experience — all in one book.”

For Beyruth, the project “was attractive to me for two very different, almost opposite, reasons. On the one hand, there’s the aspect of a very rich sci-fi, cyberpunk, alien planet Earth, inhabited by larger than life characters with unique powers and the potential for even more unique visuals. On the other hand, the story is also a very truthful, contemporary look at what it takes to excel in a world and in an environment designed— and in some cases, encouraged — for you to fail.”

The Trap launched its Kickstarter campaign this week, with a $35,000 goal. The campaign runs until Oct. 29. More information about the campaign and its rewards can be found here; look below for artwork from the graphic novel. 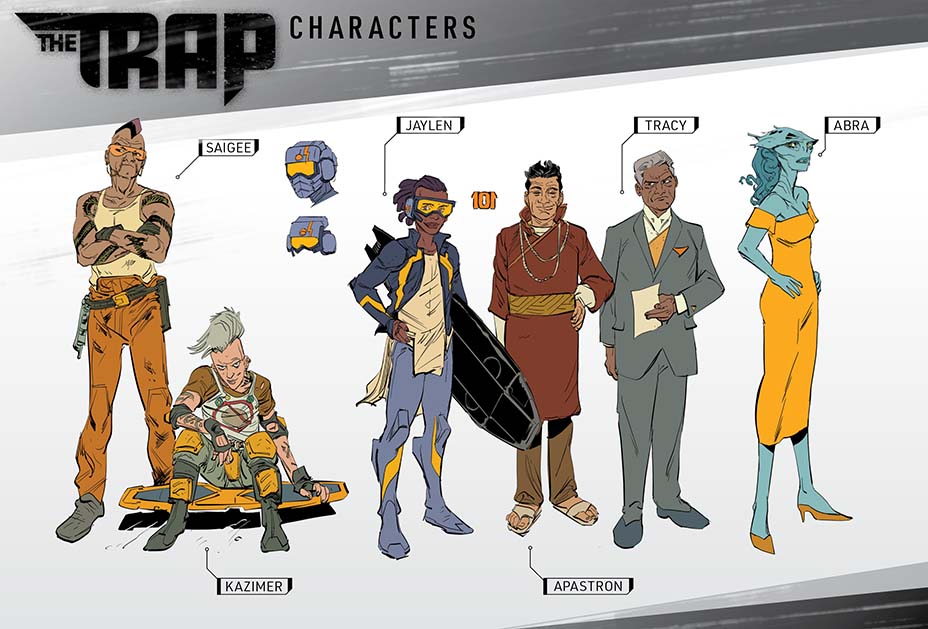 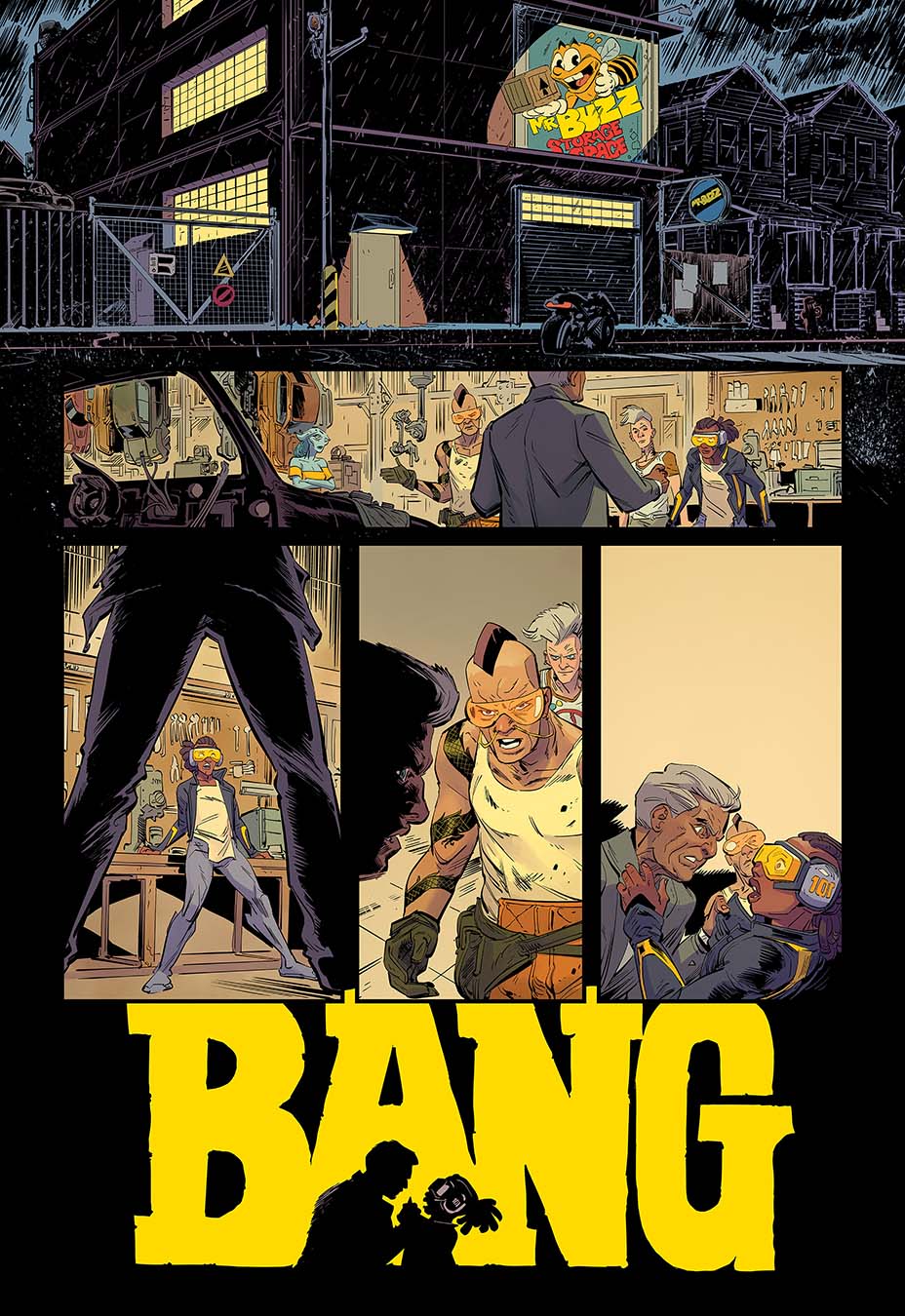 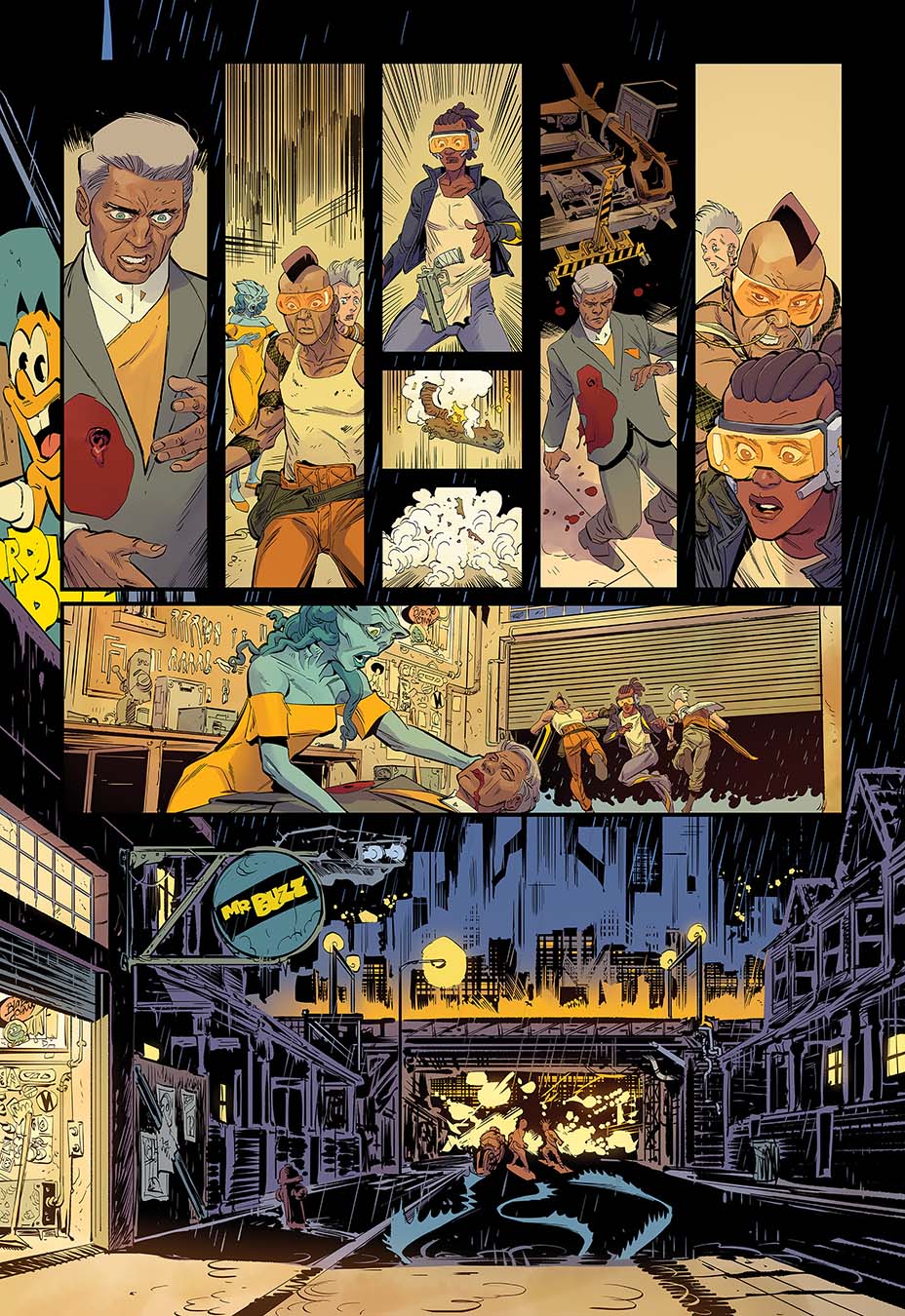 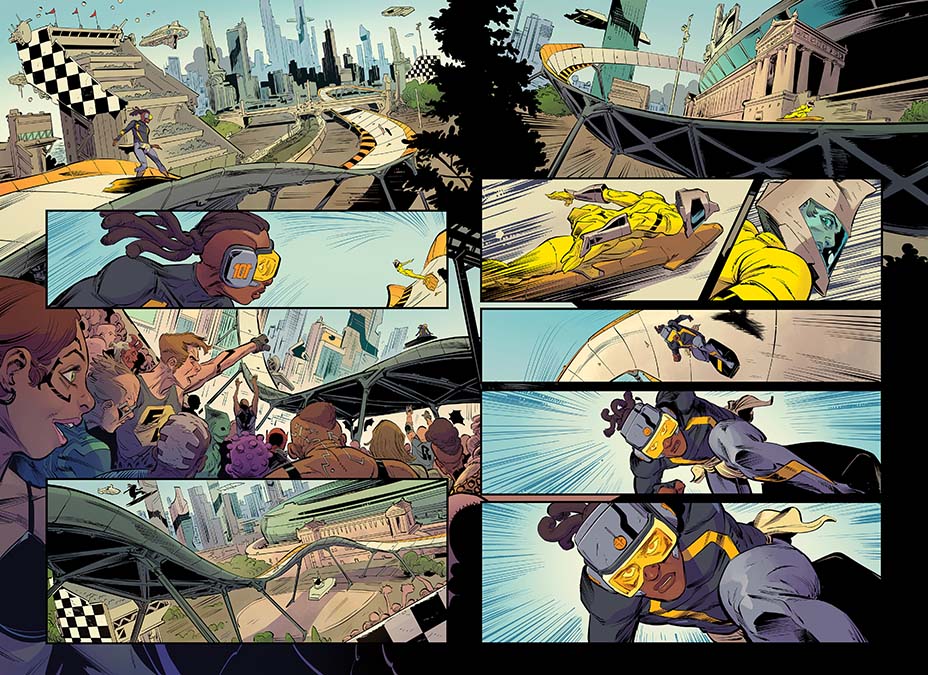 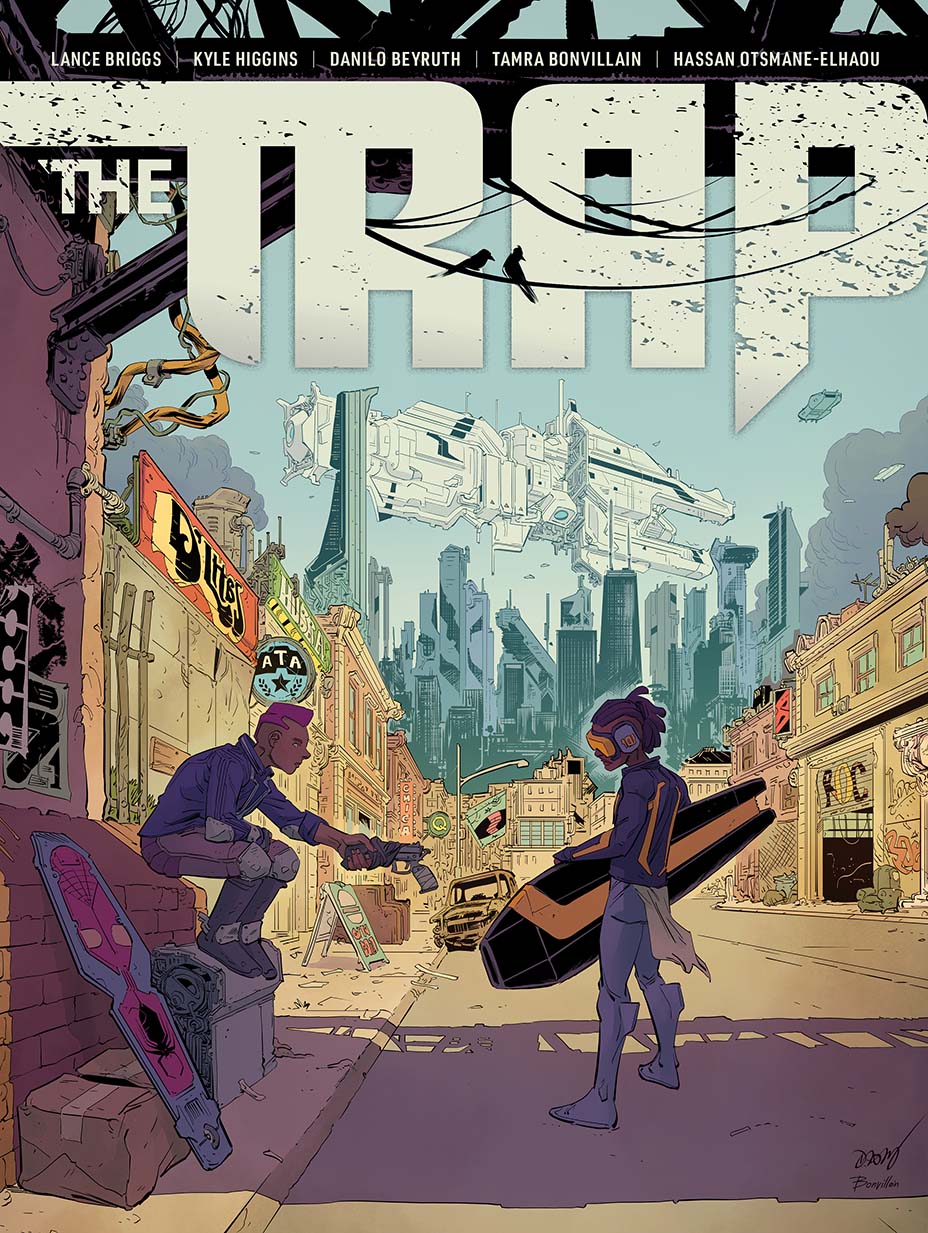