All the Nutcracker and the Four Realms team wanted for Christmas was the perfect adaptation of a holiday classic, and they were willing to do anything to get it — even if it meant 32 days of reshoots and bringing on another director.

In December, The Hollywood Reporter reported that Disney had hired filmmaker Joe Johnston to oversee a month of reshoots on the fantasy epic starring Keira Knightley and Mackenzie Foy. He stepped in for director Lasse Hallstrom, with whom he shares a directing credit on the film. According to executive producer Lindy Goldstein, everyone involved was more than willing to put in the extra time and effort in their quest to honor its source material: the book by E.T.A. Hoffmann and the ballet by Pyotr Tchaikovsky.

“It’s a really, really beloved title, so when you have to deliver on that promise, we had two things that we had to do in order to accomplish that,” Goldstein tells The Hollywood Reporter. “One was tell everybody the story that they feel connected to — that authentic experience that you feel you’re getting from The Nutcracker, the story that you’ve known all along. And two: Build it into a full-length film, when the actual story is not as fleshed out as the film.”

The filmmakers were determined to strike a balance between the differing versions of the Nutcracker narrative, which required inserting key changes that fit neither the novel nor the ballet yet referenced both. One of the major creative licenses the filmmakers took involved dividing Clara (Foy), the ballet’s protagonist, and Marie (Anna Madeley), the book’s protagonist, into a mother-daughter duo for the film. Goldstein says additional photography was necessary to “figure out how to create those new twists and turns.”

“We wanted it to be absolutely beautiful and as perfect as possible,” Goldstein says. “That’s why we went back and were really careful and took our time doing those reshoots.”

Reshoots have become more common for blockbusters such as Rogue One: A Star Wars Story and Justice League. And while Goldstein says the team hadn’t planned on extra production dates, such measures are seen as a viable option in service to a final product of grand scale.

“It’s certainly something you think about because it’s not uncommon; it does happen all the time,” Goldstein says of the reshoots. “We had a really committed group that wanted to get it right, and so we were lucky that they were very supportive.”

From big names like Knightley and Helen Mirren to up-and-coming talent like Foy and the Nutcracker himself, Jayden Fowora-Knight, everyone agreed to extend their time. But no storyline or character received more extra attention than Foy’s Clara, who appears in nearly every frame of the film.

“We got more specific, and we really were figuring out some of the action beats in the third act and making sure that they really were related to Clara’s character,” Goldstein says.

Action sequences were key, as many center on Foy, who performs multiple stunts throughout the movie surrounded by fantastical CGI characters. Her active role is part of a new wave of Disney princesses who double as heroes of their own stories. Goldstein calls Clara’s feminist sketch one of the “beacons” that guided the project “from the time that the script was being written, all the way to the time the movie is being delivered.”

“We want strong, layered female characters of all ages,” Goldstein explains. “That’s something that we really want to represent to girls as they’re growing up — that they have what it takes inside themselves to solve problems and be their best, and so I hope that that’s one of the messages that people take away.”

Though secondary in screen time to Foy, Knightley’s Sugar Plum Fairy presents another female force in the modernized tale. To transform into the ethereal role, Knightley adopted a high-pitched, airy tone and a cotton candy wig. But her immersion also included subtler details, like laughing to the tune of Tchaikovsky’s “Dance of the Sugar Plum Fairy.”

“She’s so thoughtful,” Goldstein says. “She thinks about character 10 layers deep. I could tell you for an hour or more how intelligent she is and how she makes the decisions and craft that.”

The Nutcracker and the Four Realms hits theaters Friday. 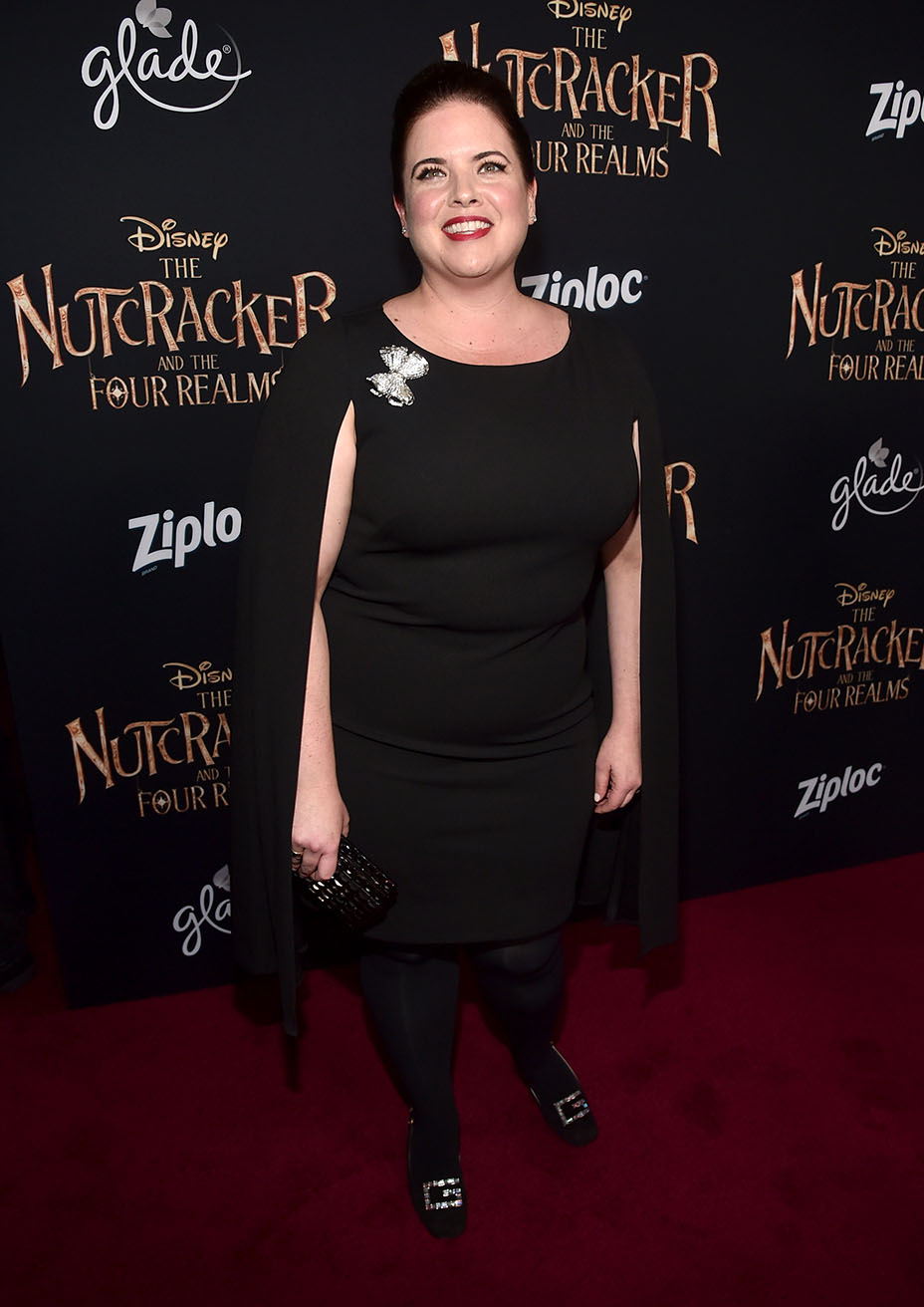 'The Nutcracker and the Four Realms': Film Review