O-T Fagbenle had a whirlwind 2020 planned, including filming season four of Hulu’s The ?Handmaid’s Tale in Toronto and traveling the world to promote Marvel Studios’ Black Widow. Instead, the London native, 40, is taking time to regroup while quarantining with his mother in Bagamoyo, Tanzania, where she lives. (His Nigerian father is a journalist.) “When Armageddon happens, you might as well be with your mom, right?” says Fagbenle (pronounced Fag-ben-lee). In addition to helping home-school his young nephew and niece, he has put his focus on the ABC Foundation, which he founded to help young women in Africa access tech?training.

One project he finished before the pandemic is now coming to America. On July ?28, Hulu released Maxxx, a British comedy series he wrote, directed and leads as a former boy band star turned tabloid embarrassment in search of a comeback. Fagbenle gives a frenetic performance that helps humanize a deeply flawed character you can’t help but like (or, at least, like to watch). The role is a change of pace from his typical TV roles (“I’m so often the boyfriend or husband.”), with  Maxxx being closer to the types of characters he gets to play onstage. “In theater, I always get to play these kind of maniacal egomaniacs,” he notes.

In the upcoming Black Widow — originally due in May but now slated for Nov. ?6 — Fagbenle plays Mason, a mysterious character with a romantic history with Scarlett Johansson’s Avenger. He tells THR that he initially balked when he got word, while on vacation in Mexico several years ago, that Marvel Studios wanted him to audition. “I guess I didn’t think it was a real thing. And I was so obsessed with Maxxx,” explains the actor, who spent his vacation writing scripts for the show. His then-girlfriend persuaded him to let her record an audition on an iPhone in the corner of their hotel room. 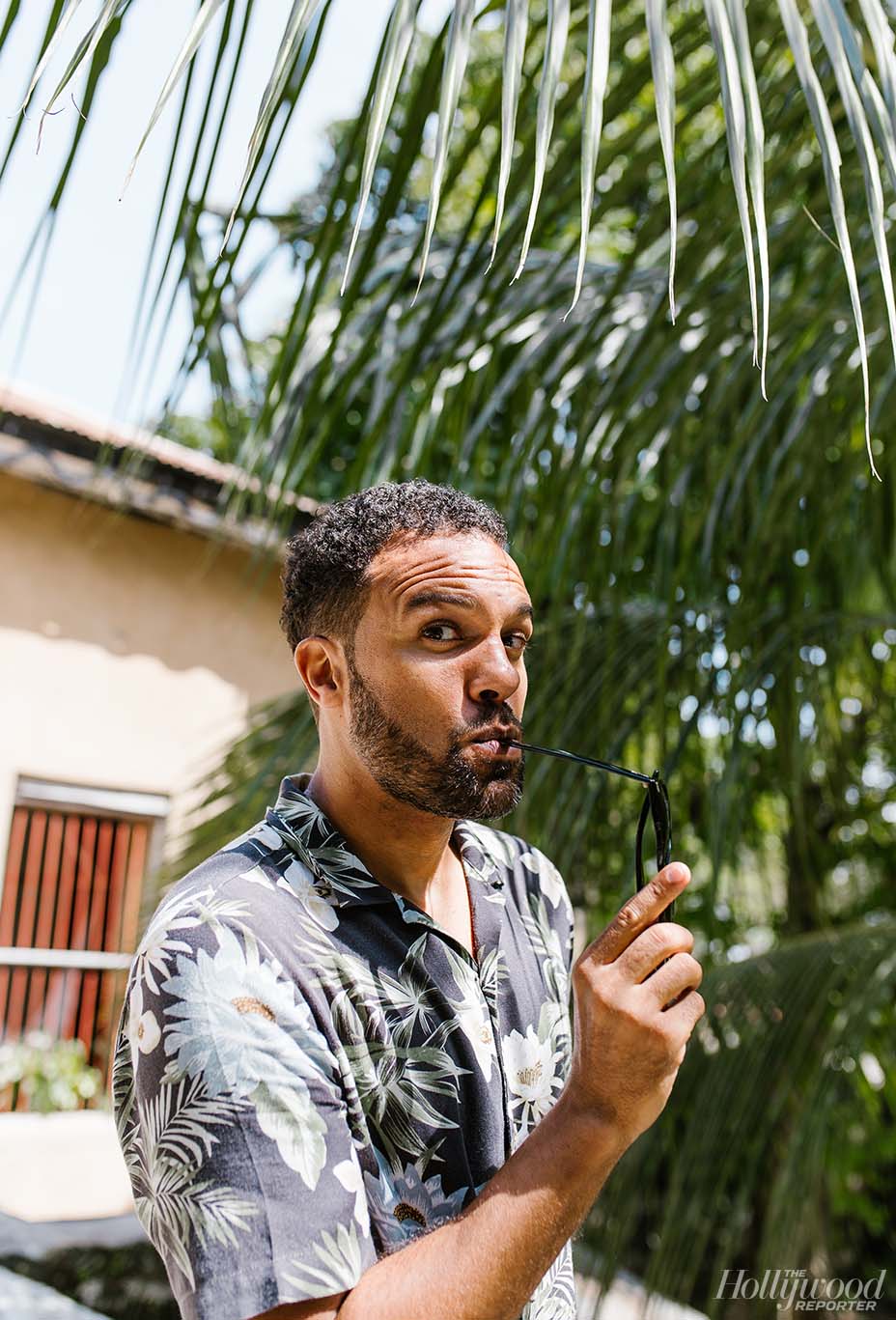 At one point, Black Widow was going to conflict with Maxxx’s schedule, and he worried he might have to give up the Marvel Cinematic Universe. “Maxxx was not a movable thing in my heart,” says Fagbenle. “It was a scary thing to be faced with the prospect of having to make a Sophie’s choice.” Fortunately, Black Widow filmmaker Cate Shortland and Marvel recognized Fagbenle’s passion for Maxxx and made accommodations so he could do both.

“I was going from casting actors to set,” Fagbenle says of juggling both London-based productions.

Almost a decade ago, Fagbenle nearly gave up his dream of acting in Hollywood after having little luck in Los Angeles, where he lived in a tiny Studio City apartment and grinded away at audition after audition. But on a soul-searching hike one day, he realized he needed to stop asking what he wanted out of the world. “The real question I should be asking is, ‘What do I want to give?'” Fagbenle recalls. He moved back to London to do theater and soon landed a role in the groundbreaking HBO gay drama Looking, an experience that showed him the power of depicting marginalized communities.

In recent months, he has been thinking more about how he can contribute to the lives of Black people at home and abroad. Says Fagbenle, who hosted a July? 26 fundraiser for the ABC Foundation on Instagram Live with his Handmaid’s Tale co-star Elisabeth Moss and his Black Widow co-star Florence Pugh, “Even when people are going through a tough time, finding ways to help others who are going through an even tougher time can be incredibly gratifying for the self and also useful to others.” 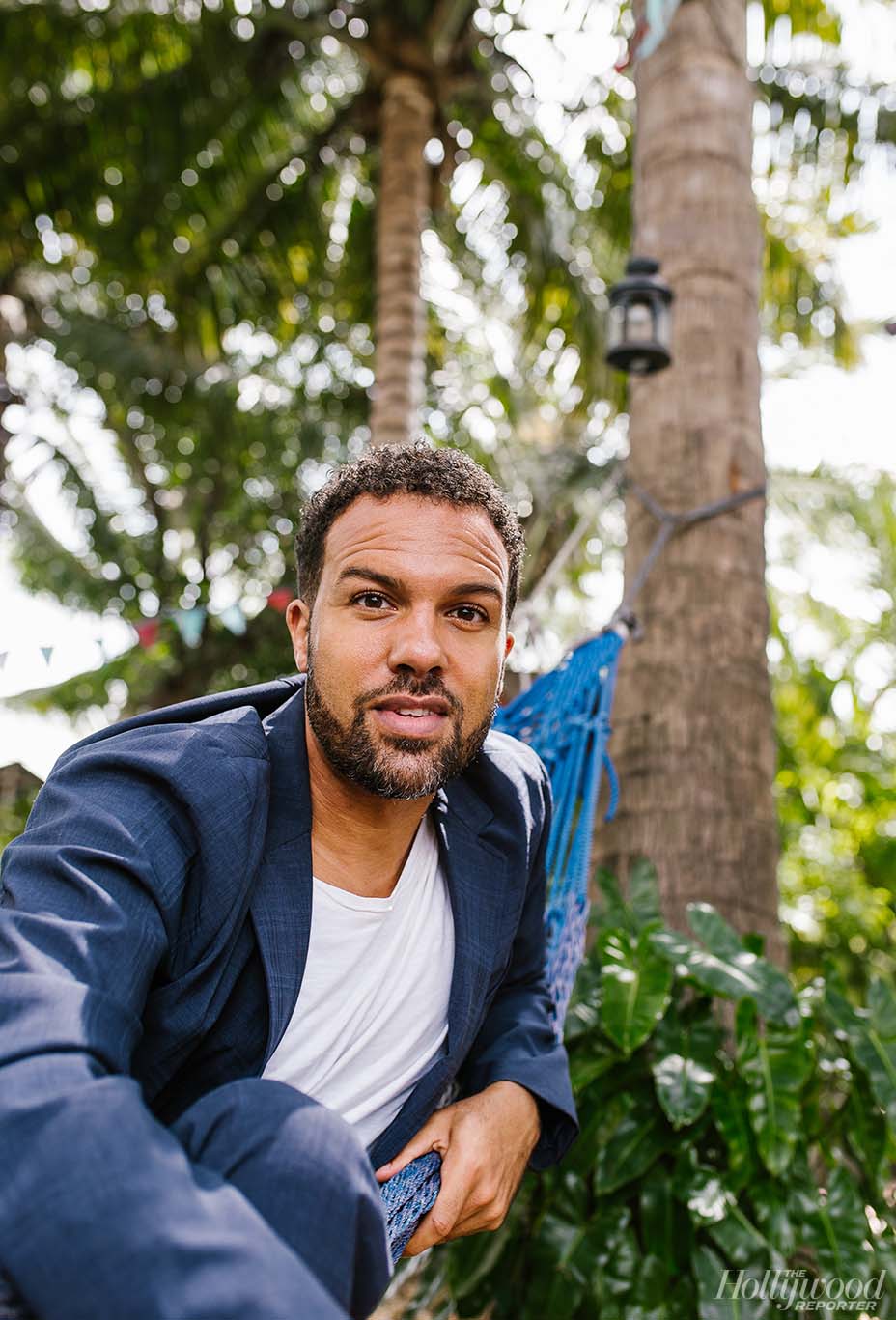