Director Ezra Edelman had more than the usual fears the first time he screened O.J.: Made in America, his $5 million documentary about the life and times of O.J. Simpson, the celebrated NFL Hall of Fame running back and celebrity pitchman who was accused and dramatically acquitted of the brutal 1994 murders of his ex-wife Nicole Brown Simpson and her friend Ronald Goldman — only to become a pariah who has spent the past nine years in a Nevada prison for his role in an armed robbery. Edelman knew he was asking the group of about two dozen friends, family members and Connor Schell, senior vp and executive producer, ESPN Films and Original Content, to devote more than 7½ hours to revisit the case, billed at the time as the “Trial of the Century,” which most people thought they already knew well. Tensely watching the room, he began to relax as, he recalls, “I felt the energy of the audience watching it.” When the screening was over, the crowd lingered. “It wasn’t like, ‘F— you. You kept us in a room for eight hours,'” jokes Edelman. “It was, ‘Let’s now talk about this.'” The group spent another 90 minutes debating the film. “All right,” thought Edelman, “maybe we have something here.”

His premonition proved correct. Despite both its length and competition from The People vs. O.J. Simpson: American Crime Story — Ryan Murphy’s FX miniseries — O.J.: Made in America arguably has become the year’s most celebrated documentary. It has earned a spot on the shortlist of the 15 docs vying for an Oscar nomination, even as critics debate whether it properly can be considered one extended film or really is a five-episode TV program.

When Schell, ESPN vice president and ESPN Films executive producer, pitched the idea of a longform documentary about Simpson in early 2014, Edelman’s first reaction was negative. “We all had a feeling of having reached our saturation point when it comes to O.J.,” he tells THR. But Schell, who co-created ESPN’s 30 for 30 documentary series with Bill Simmons, was a fan of Bret Morgen’s film June 17, 1994, about the infamous car chase involving Simpson’s white Bronco, which was done early in 30 for 30‘s run. And with the 20th anniversary of Simpson’s acquittal approaching in October 2015, he thought the time was right for a multihour film not just about Simpson’s trial but about his life. 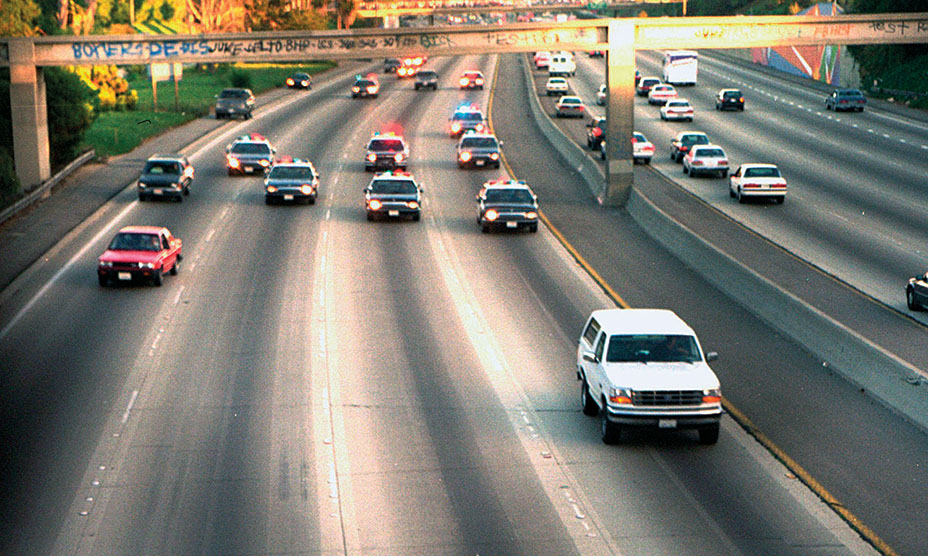 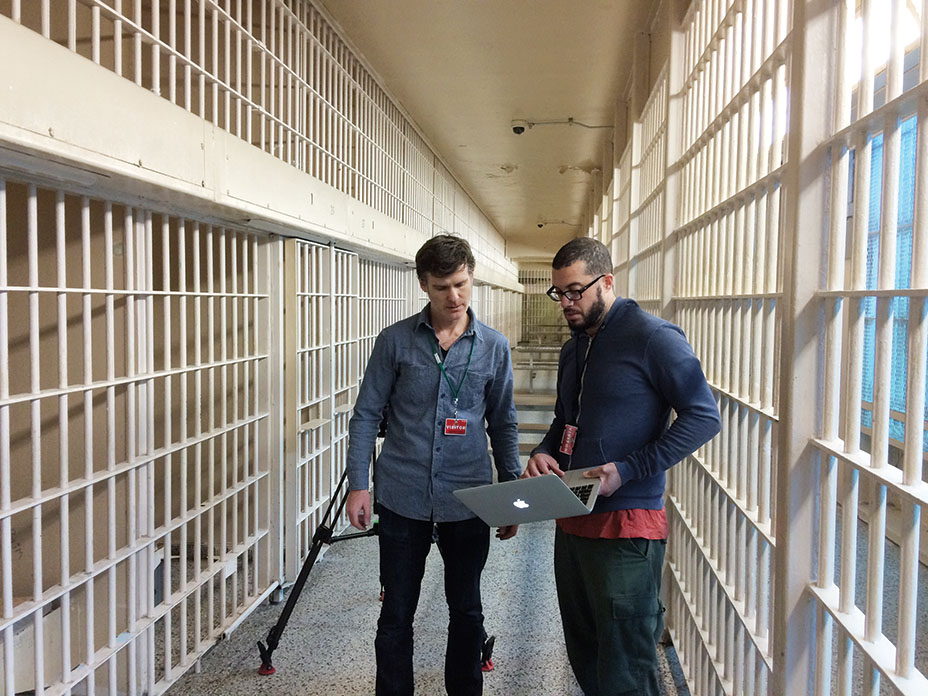 Edelman, 42, had the right credentials to tackle the project. He had spent seven years at the HBO newsmagazine Real Sports With Bryant Gumbel, co-produced the 2013 Oscar-nominated doc Cutie and the Boxer and won a Sports Emmy for 2007’s Brooklyn Dodgers: The Ghosts of Flatbush as well as a Peabody for 2011’s Magic & Bird: A Courtship of Rivals. Born in Washington, D.C., to noted law professor Peter Edelman and civil rights activist Marian Wright Edelman, he had grown up in a household where the issues of race, justice and civil rights were part of the everyday conversation.

But, admits the Yale graduate, “I really didn’t know any more how to make a five-hour film than I knew how to make a 50-hour film.” So he assembled a team of producers to chart a course.

Caroline Waterlow oversaw archival research, a huge task because, she says, “we obviously needed to find every interview O.J. ever did, not knowing if we would ever use it.” Tamara Rosenberg headed up the effort to track down those willing to be interviewed on camera. “Once we knew the story points about Los Angeles and the LAPD and the sort of L.A. history context, we needed people who were on the ground,” says Waterlow. Rosenberg rounded up a wide array, including Ron Shipp, a policeman who had known Simpson for years; Simpson’s manager Mike Gilbert and childhood friend Joe Bell; and Nicole’s friend Robin Greer. Edelman wrote Simpson at the Nevada jail but never heard back. 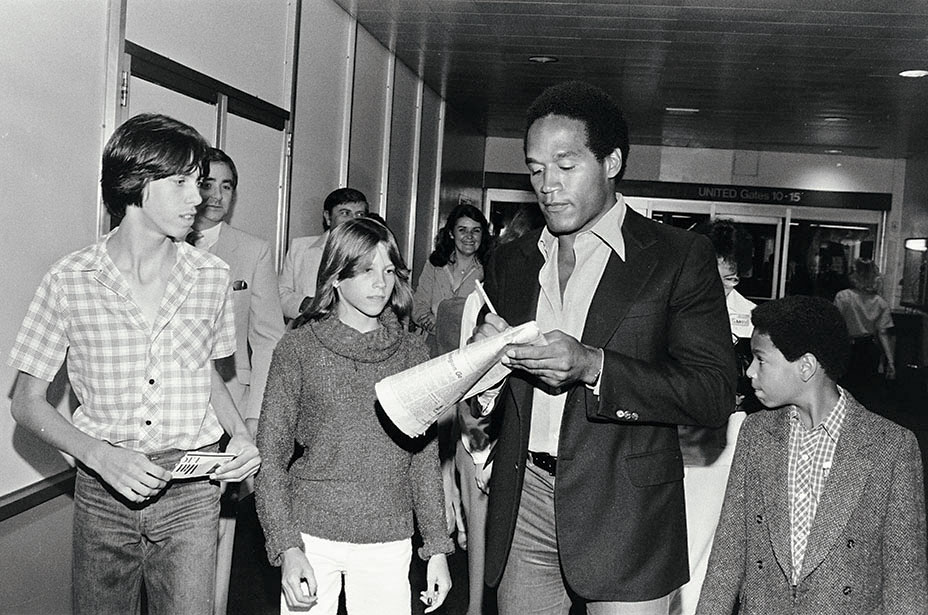 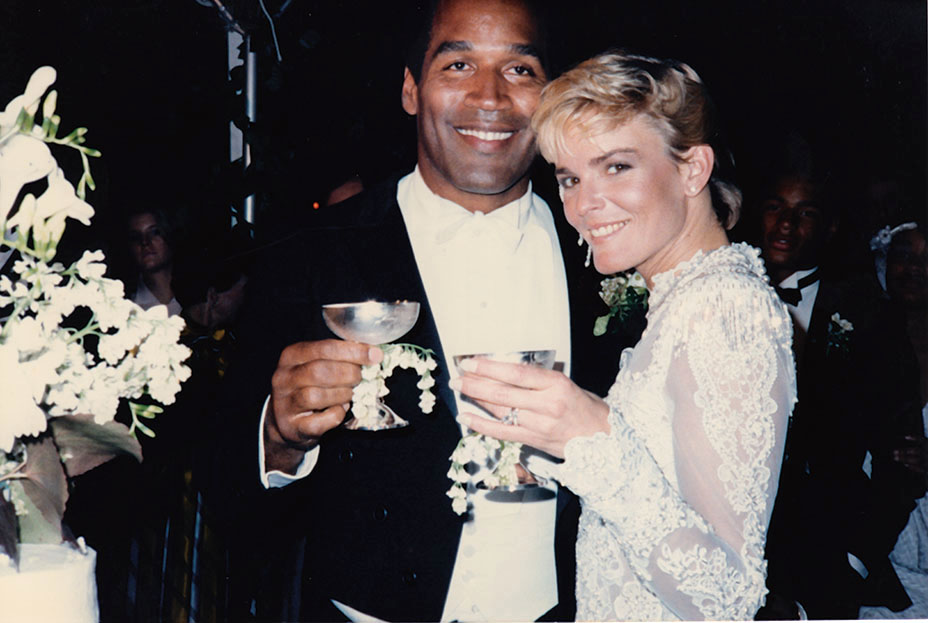 Edelman then stepped in to conduct all the interviews himself — a total of 72, of which 66 appear in the film. Even though the trial wasn’t Edelman’s main focus — in the end, it’s allotted two of the film’s five chapters — from the very beginning, Edelman knew he needed at least one member of the prosecution team, and that wasn’t going to be easy. “A lot of the major players, like the Marcia Clarks and the Chris Dardens, have obviously been really burned and had a very difficult media experience,” says Waterlow. So began a slow courtship of former L.A. District Attorney Gil Garcetti, who had never spoken about the case in detail. The first time Edelman reached out, Garcetti said, “You’re welcome to come talk to me at my house, but I’m absolutely not doing an [on-camera] interview.” But they met and talked for two hours, and Edelman left his previous work for Garcetti to watch. After three visits, Garcetti relented, which opened the door to interviews with deputy prosecutors Clark and Bill Hodgman. (Darden declined Edelman’s requests.)

The project’s extended length allowed Edelman to include such footage as the Rodney King beating video in its entirety, underscoring its brutality in a way that isn’t evident in most documentaries that show only a few seconds. He also was able to linger on the footage of Simpson as a USC student and NFL star. And when defense attorney Johnnie Cochran makes his entrance, instead of presenting him as a fast-talking flimflam man (with his rhyming admonition, “If it doesn’t fit, you must acquit”), Edelman showcases Cochran’s history of activism in the fight against police brutality. “You can actually explore the complexities of these human beings because it’s never that simple with anybody,” he says of the opportunities afforded by the project’s running time. 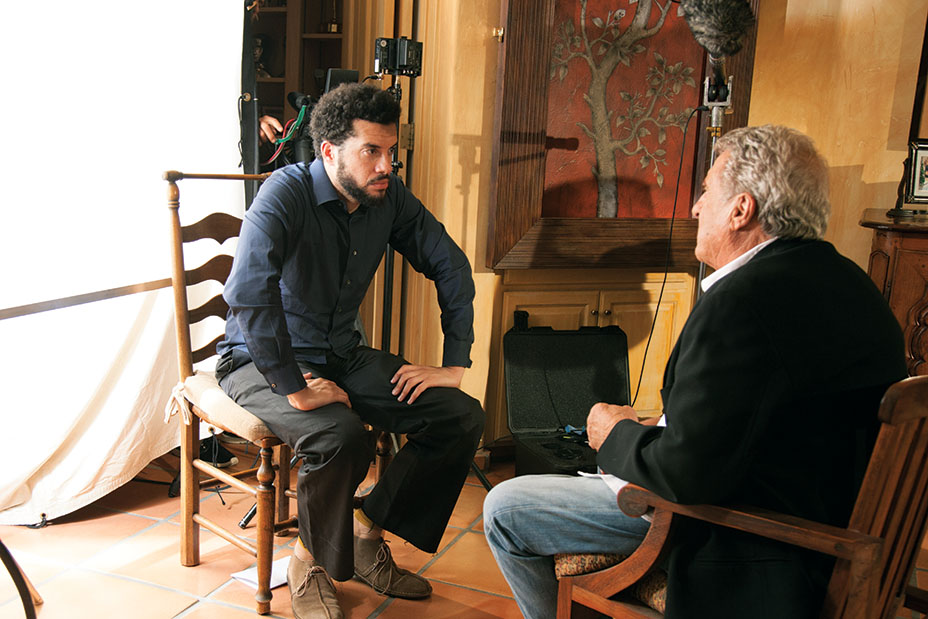 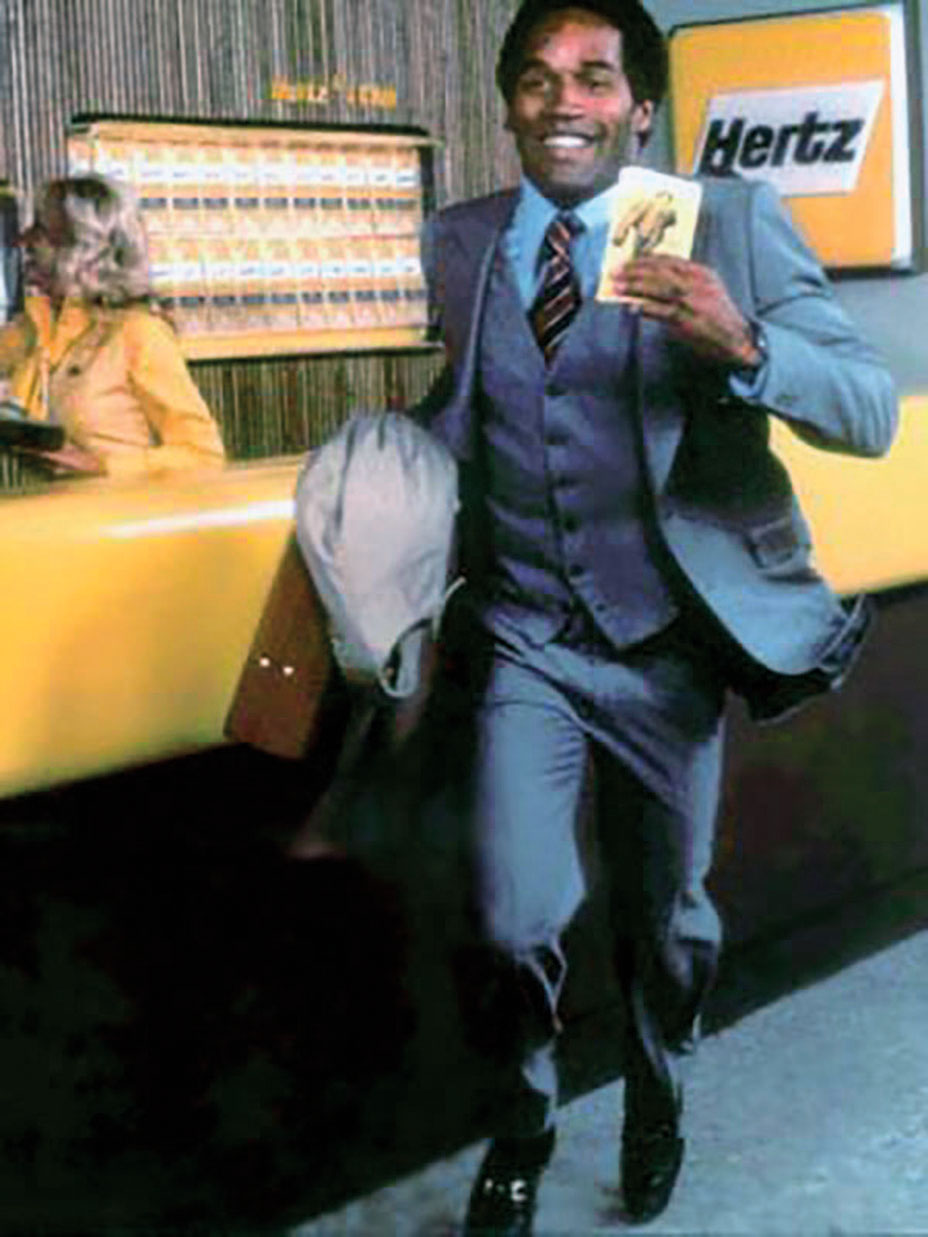 About a month after that first screening, Schell submitted the film to the Sundance Film Festival. But looming was a potential roadblock in the form of FX’s scripted miniseries about the Simpson trial, which was scheduled to air in February — after O.J.‘s Sundance bow but before Edelman’s film would get an awards-qualifying theatrical run and first air on ESPN. Advance word on FX’s series was good, and, confesses Edelman, “At that point, I was a little concerned. I thought that if this exists and it’s this good, I don’t know that anyone is going to watch our film. That was the concern. I can’t lie.”

When his film got an ecstatic reception at Sundance, some of Edelman’s anxiety was alleviated. And, after FX’s version aired, he realized his fears were misplaced. Praising Murphy’s Emmy-winning miniseries for its “high quality,” he says it “heightened interest in the story as a whole.” (Edelman says he still hasn’t watched the FX miniseries.) And though Schell had championed the project from the start, he says O.J., which is winning its own awards (including the International Documentary Association’s best feature and the National Board of Review’s best documentary), has shown him the larger context of the saga. “I was a freshman in college when the verdict came down,” he says. “I’d follow it every single day. But until I got to work with Ezra, I realize I had no idea what was really going on.” 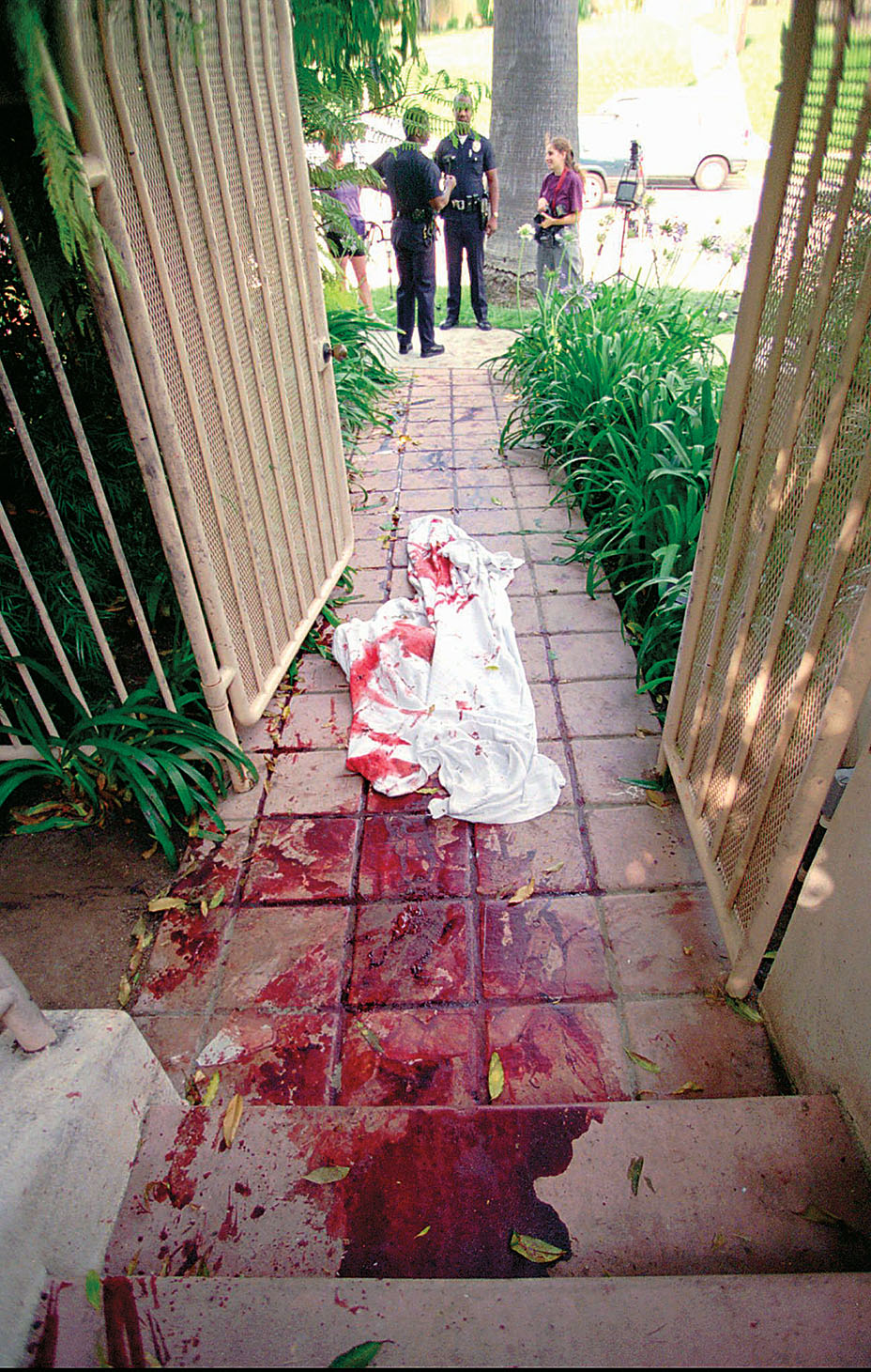 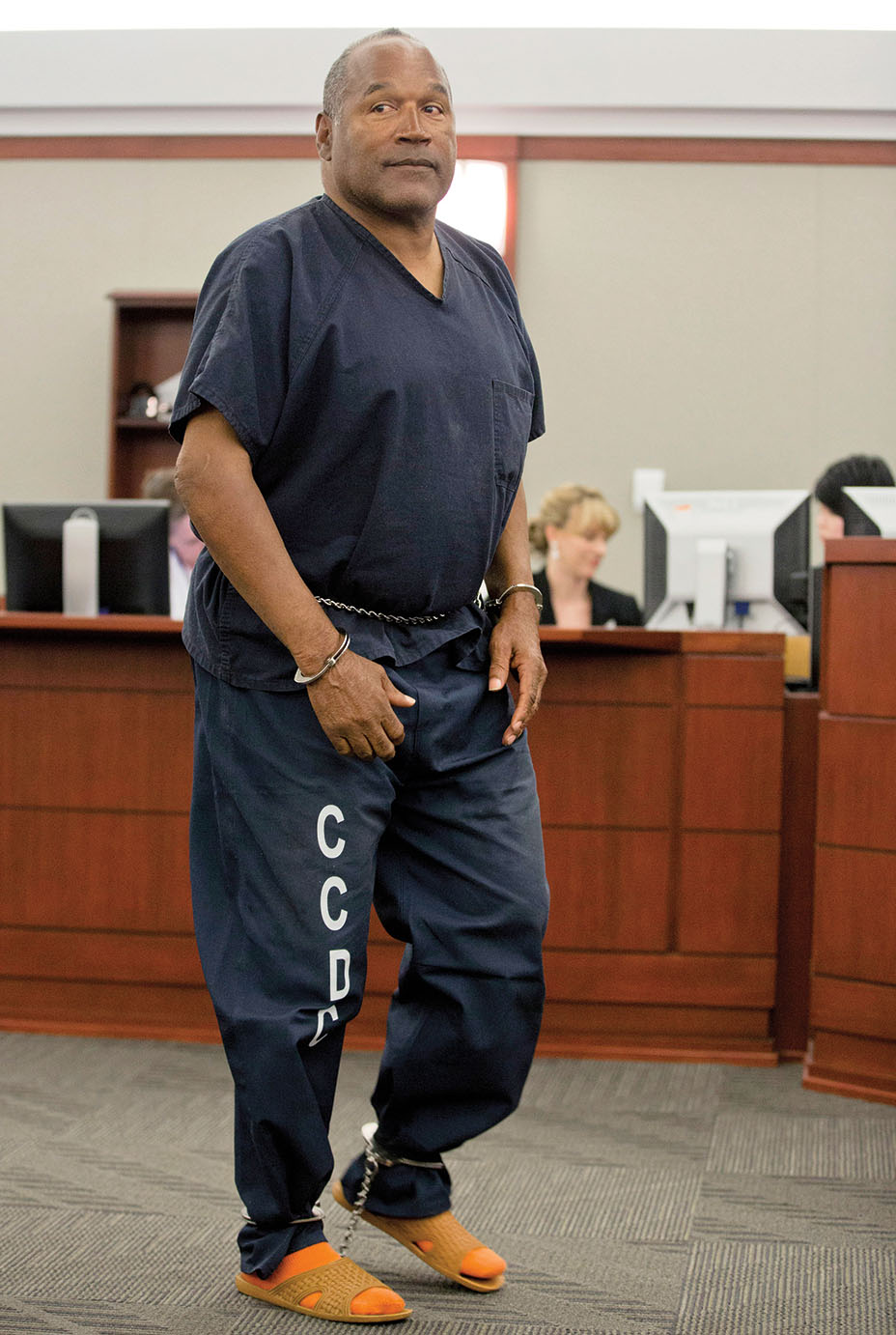 This story first appeared in the Jan. 20 issue of The Hollywood Reporter magazine. To receive the magazine, click here to subscribe.