It is subtle, but it is there. Once Upon a Time in Hollywood is connected to Quentin Tarantino’s film universe. Now, it is not some huge reveal, like a young Vincent Vega (John Travolta) wandering around Sunset Boulevard. But the connection is clear, at least for diehard fans of Tarantino’s work.

The glue that holds it all together: cigarettes.

Numerous times during Once Upon a Time in Hollywood, Rick Dalton (Leonardo DiCaprio) and Cliff Booth (Brad Pitt) smoke Red Apple cigarettes. The Tarantino-invented name is clearly spotted on packages and there is advertising for the fictitious brand around that version of 1969 Hollywood.

During the end credits scene, DiCaprio’s Rick Dalton shoots an advertisement for Red Apple. It was a moment added following the film’s Cannes premiere in May.

Other works of Tarantino’s have much more substantial connections, such as Pulp Fiction’s Vincent Vega being the brother of Mr. Blonde/Vic Vega from Reservoir Dogs. But Red Apples appear in nearly all his films, including The Hateful Eight (2015), Inglourious Basterds (2009), Pulp Fiction (2004), From Dusk Till Dawn (1996), Kill Bill (2003) and Four Rooms (1995).

There may be an even stronger connection, but for now, it is just speculation. Randy, Kurt Russell’s character in Once Upon a Time in Hollywood, could be the father of Stuntman Mike (also Russell) from Death Proof (2007). No last name is given for Randy, so verification is tough. Mike’s last name is McKay. 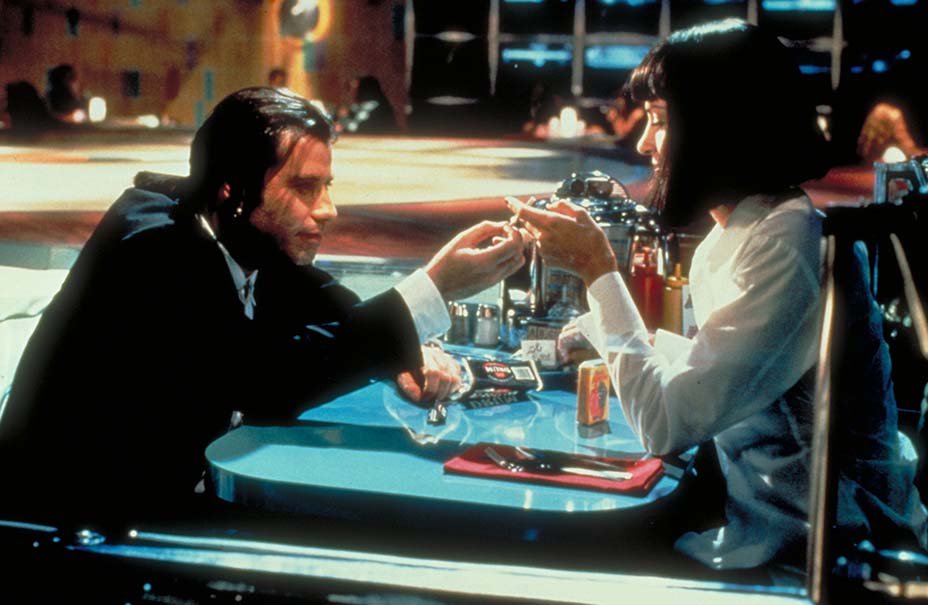 In 2016, Tarantino said his works exist in two separate universes.

“There is the realer than real universe, alright, and all the characters inhabit that one,” Tarantino said then. “But then there’s this movie universe. So From Dusk Till Dawn, Kill Bill, they all take place in this special movie universe. So when all the characters of Reservoir Dogs or Pulp Fiction, when they go to the movies, Kill Bill is what they go to see. From Dusk Till Dawn is what they see.”

Some of the characters in Once Upon a Time in Hollywood are based on real people and others are fictitious. The film’s ending is based on an actual historical event, but still takes liberties.

What’s Real and What’s Tarantino? The Facts Behind That Jarring 'Once Upon a Time in Hollywood' Ending