In spring 2015, Peter Berg began having a series of lunches with survivors of the Boston Marathon bombing. The director had been thinking about making a film about the terrorist attack — dramatizing how, in April 2013, brothers Tamerlan and Dzhokhar Tsarnaev shocked the nation by detonating a kettle bomb on Boylston Street in Back Bay, leaving three dead and about 260 injured. Still, Berg was having trouble finding the right story to tell and — just as important — the right tone for telling it. He reckoned that talking to people who had lived through the event might give him some inspiration.

It turned out to be a good idea. “I had lunch with Danny Meng,” recalls Berg of his meeting with the immigrant Chinese tech entrepreneur who was carjacked and held hostage by the Tsarnaevs after the attack. “It was probably the most interesting lunch I’ve had in my career. He’s very soft-spoken, and his English isn’t great. But as he told me the story of his hour and a half in the car with both brothers, how he strategized to buy time, to outthink them, to plan an escape. And then he gets to the part at the gas station, where they take all his money and fill up the car with gas and set the GPS to New York, and he knew they were going to kill him, how he could smell it, their body temperatures getting hot. It was really one of the most incredible stories I’ve heard.” 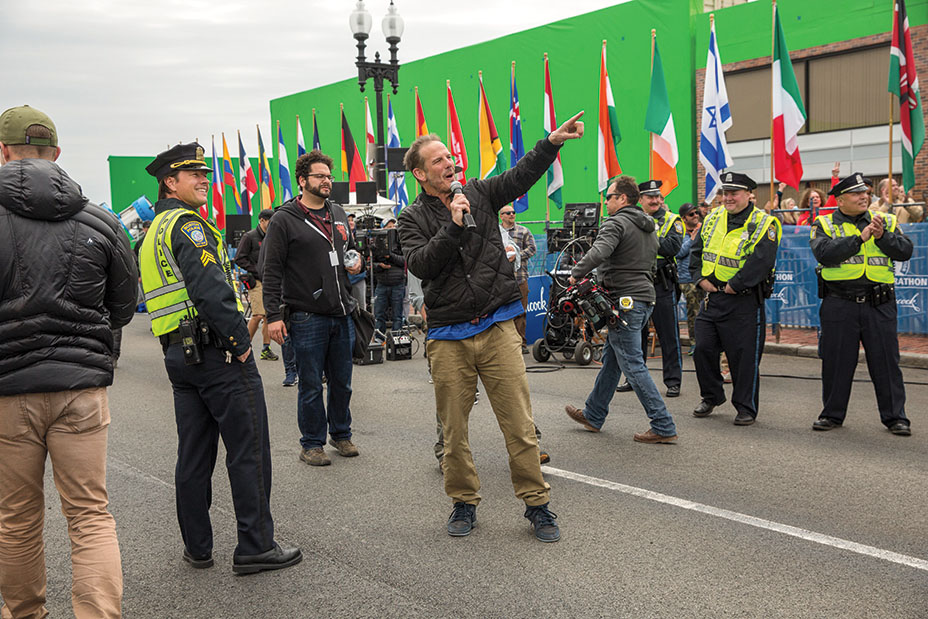 Getting that story on film, however, along with a dozen other harrowing true tales of the bombing, proved to be an intense, pressure-filled sprint in itself. There was no question Berg had the technical chops to re-create the mayhem of that tragic day — for the director who brought Battleship and Deepwater Horizon to the big screen, the explosion itself would be child’s play. The bigger issue was whether Berg — or any director attempting to make a Boston Marathon bombing movie — had the sensitivity to pull it off. During the film’s 42-day shoot in and around Boston in the spring, there were complaints in the local press about it being too soon for Hollywood to fictionalize an event that much of the city still was recovering from — and that some, like Jessica Kensky (played in Patriots Day by Rachel Brosnahan), who lost parts of both of her legs in the bombing, never would fully recover from. Even the film’s star, Mark Wahlberg, who grew up in Dorchester and attended high school just a few blocks from the bombing site, had qualms about tackling such a touchy subject. 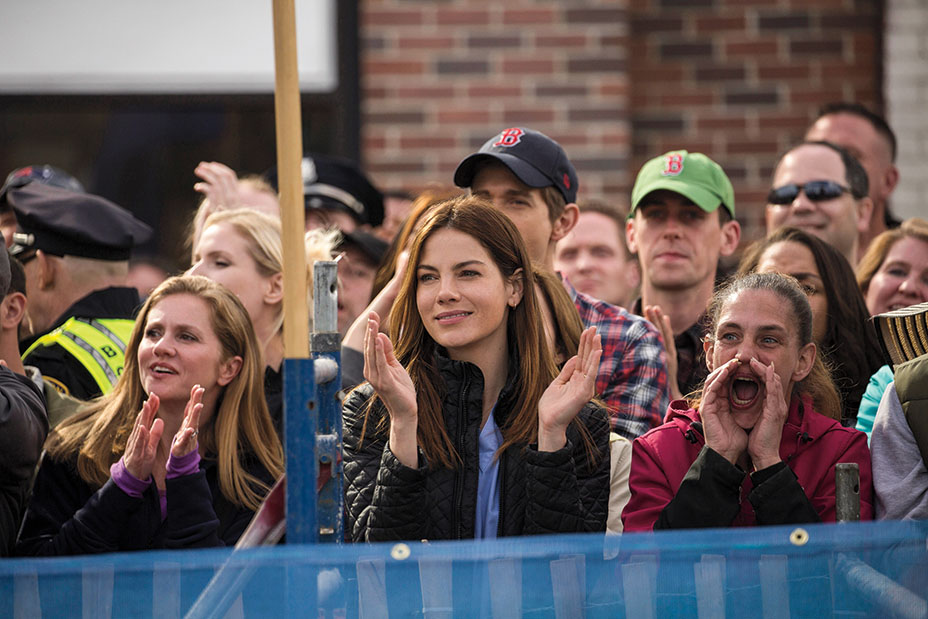 “Boston is such a small community,” he says. “Everybody knows somebody who was affected. It’s a sensitive subject. I was really on the fence and kind of reluctant to commit. Then I realized, they’re going to make the movie anyway; I might as well be in control of it.”

Withing a year and a half of the bombing, there already were three projects about the Boston Marathon percolating in Hollywood. One at Fox, Boston Strong, was written by Eric Johnson and Paul Tamasy (The Fighter) and focused on the manhunt. Another at Lionsgate, written by John Pollono, was titled Stronger and centered on Jeff Bauman, a bystander who aided victims. And CBS Films’ Patriots Day was written by Matt Charman (Bridge of Spies) and is the most fact-based, drawing heavily on 60 Minutes‘ reporting.

Wahlberg signed on for the $50 million project at CBS in March 2015, joining his Ted producer Scott Stuber. At the time, the star was shooting Deepwater Horizon with Berg, and the two must have compared Boston Marathon notes. Within weeks, Berg also joined the project. CBS Films and Stuber, meanwhile, had gone on and purchased Boston Strong from Fox, which wasn’t as faithful to the events but had a strong central character, a Boston cop who investigates the bombing. Still, even with two scripts to draw from, Berg was having trouble finding a narrative hook for the film. “I was given both at the same time,” he says. “Boston Strong was interesting but factually inaccurate, almost a work of fiction. Patriots Day was very, very accurate but didn’t have the dramatic tension that I felt the movie needed.”

Berg, Wahlberg and Stuber dove into the work of combining the two scripts. Berg, in particular, spent a lot of time in Boston talking to people like Meng. “We spent months of preproduction, having multiple meetings with every person who had some version of involvement in it, every law enforcement official, every doctor,” says Stuber. Berg met with everyone from the cops from Watertown (where the final shootout happened) to people who lost limbs. He also toured the Tsarnaevs‘ Cambridge apartment and talked to people who knew the bombers. 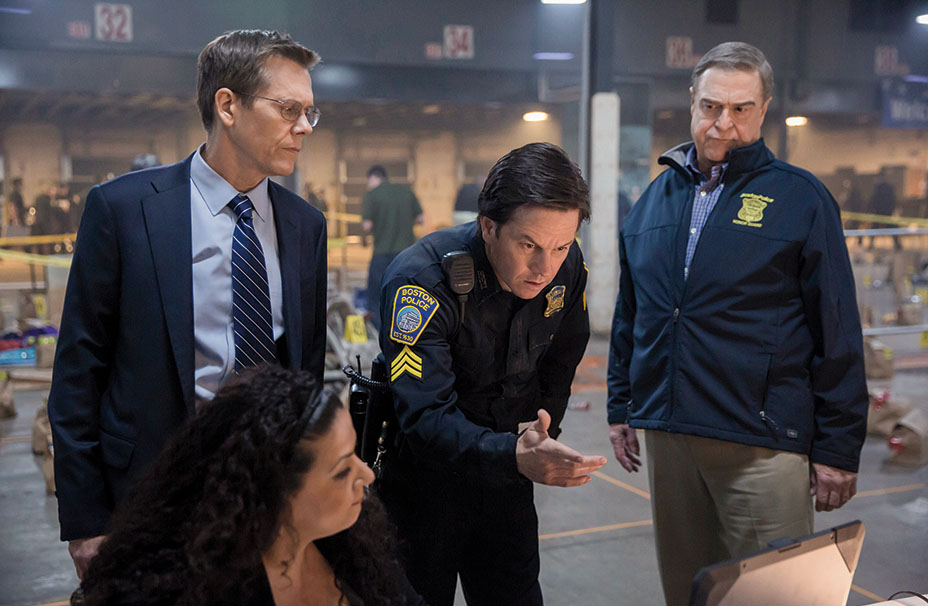 “The more research I did, the more I realized it really was an example of a community working together,” says the director. Ultimately, he decided that the best way to tell the story was to make it an ensemble piece, focusing on a dozen characters at different points in the timeline, with Wahlberg’s cop providing a central pivot point. John Goodman came on board as Police Commissioner Ed Davis, Kevin Bacon signed on to play FBI agent Rick DesLauriers, Alex Wolff was cast as the younger Tsarnaev, Themo Melikidze as the elder and Melissa Benoist as his wife. 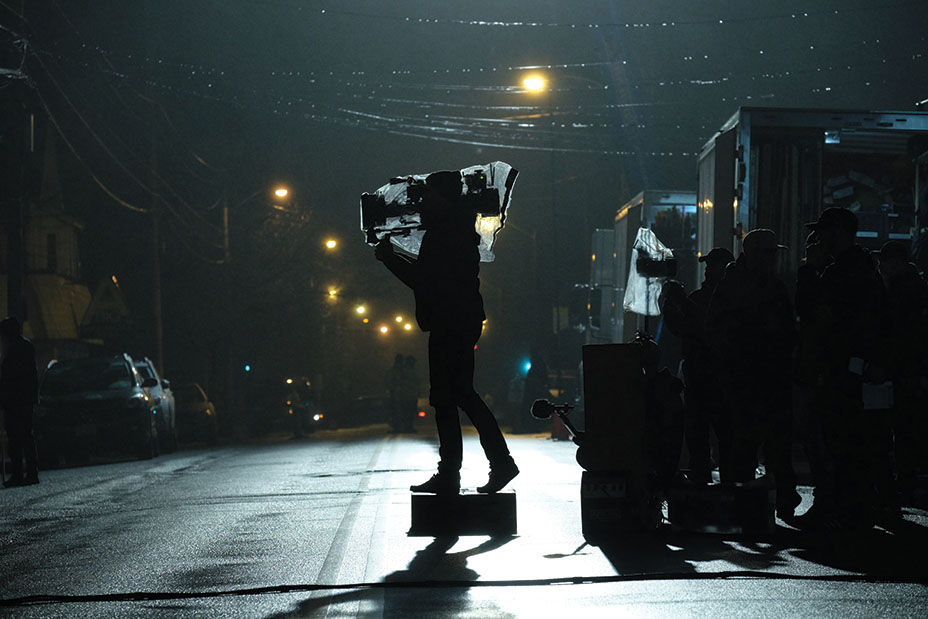 Berg originally thought of shooting Patriots Day at some of the actual locations where the bombings and subsequent manhunt took place, but he found himself facing stiff local resistance. Watertown and the University of Massachusetts at Dartmouth (where Dzhokhar Tsarnaev was a freshman) denied filming requests. Plans to shoot background footage at the 2016 marathon also raised eyebrows. News accounts quoted locals complaining that turning the marathon into a film set was in “poor taste” and the “rankest form of opportunism,” while others suggested that Wahlberg donate his salary to the victims. In the end, the production did shoot some footage at the 2016 marathon, but filmmakers worked hard to keep an open dialogue with the community. “We would shoot [for] 14 hours and then have a dinner with anyone who wanted [it],” says Stuber. “We made it very clear to the mayor and the chief of police and everyone in the community, the victims organizations, if somebody wants to talk to us about it, we’ll have dinner with them and we’ll go through it.”

The most violent scenes — the bombing and shootout with the brothers in Watertown (Tamerlan Tsarnaev was killed, and Dzhokhar was captured and sentenced to death in April) — were filmed far from Back Bay at a former Navy airfield 20 miles away in South Weymouth. “It was intense because these were extras who were from Boston, many of whom were there [at the bombing],” recalls Berg. “Every morning we would all get together, all the extras and the crew; they, too, were emotional about what we were filming, the sequences right after the blast. We made it clear that if somebody was uncomfortable, if somebody was emotional or things got to be too much, there were plenty of people on the crew that they could reach out to, and we would deal with that and take care of them.”

Wahlberg felt the weight of getting it right more than anyone. “All of it was difficult,” says the star. “Talking about it, making it. It’s not like you could detach at any point. It was on my shoulders as the face of this film. I pride myself on being from Boston. I like being able to go home and being welcomed with open arms.” 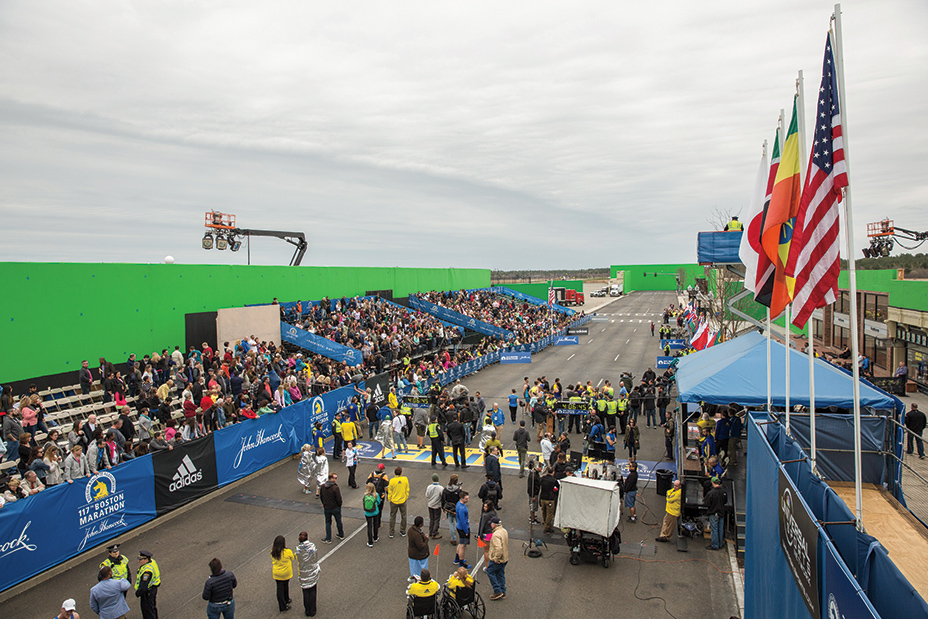 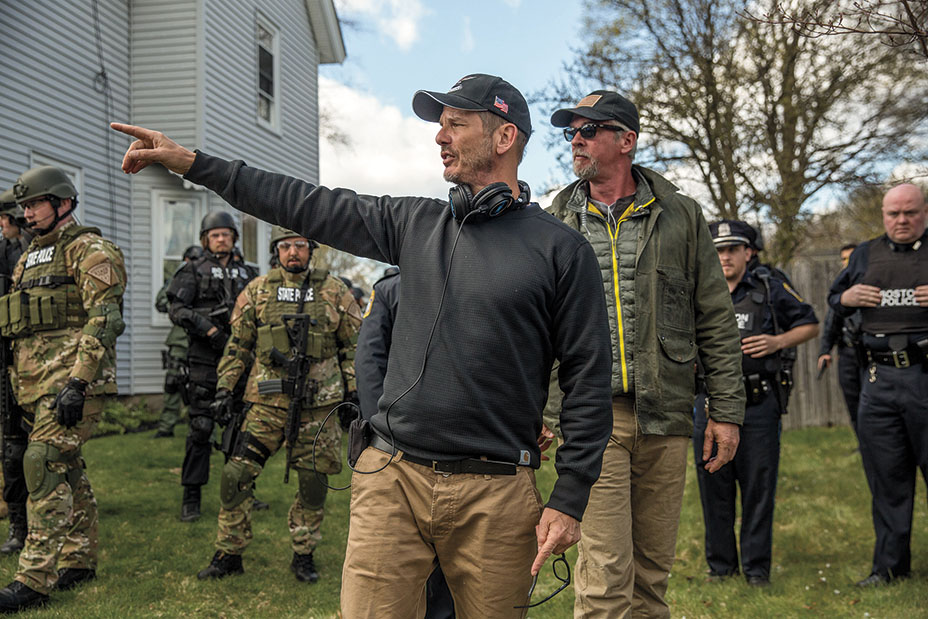