The phrase “party animals” is taken literally in an early Peter Rabbit scene: Squirrels and porcupines partake in dance battles, bunnies slide down banisters and foxes and pigs, though well-dressed, run wild through a messy manor.

It’s one of many contemporary facets seen in Peter Rabbit, Sony’s feature-length take on Beatrix Potter’s beloved children’s stories. Due out Feb. 9, the PG-rated family film sees James Corden voicing the titular, anthropomorphized animal as he attempts to outsmart Mr. McGregor and steal vegetables from his garden. Margot Robbie, Elizabeth Debicki, Daisy Ridley and Sia are also part of the voice cast.

“We didn’t change the story by any means, but the books are quite short, so we just kept it going,” says writer-director Will Gluck of incorporating the characters and memorable plot points of Potter’s 23 stories. “We painstakingly reproduce everything we could from the books and tried to honor every single moment of Beatrix Potter throughout the movie. It might not appear that way with the marketing, but if you love Beatrix Potter and you really know the books, you’ll realize what we did.” 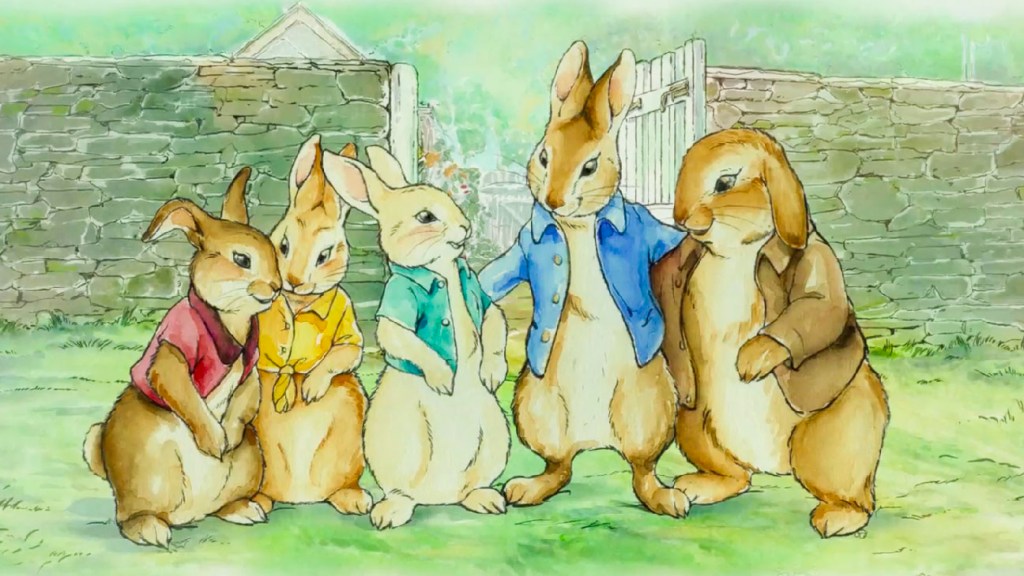 To honor the source material, the live-action/CG hybrid recreates dozens of moments from Potter’s drawings, which are brought to life by the digital studio Animal Logic, which boasts credits including The Lego Movie and Happy Feet. It also spotlights her watercolor aesthetic with 2D-animated sequences, one of which omits dialogue to explain the tragic tales of Peter’s parents. Bea, a new character played by Rose Byrne, produces these paintings onscreen. “She’s an eccentric artist who is obsessed with animals,” says the actress of Bea, who stands in for the British author. “It was like stepping back into childhood and using your imagination at full force.”

Additionally, the adaptation is free of adult-only humor and instead pokes fun at animal aphorisms (the reason why a rooster crows each morning is revealed) and includes plenty of physical comedy — the latter performed by Domhnall Gleeson. As the villainous gardener Mr. McGregor, the actor known for Star Wars and Ex Machina is often seen flying across the screen in his scenes, and performed his own stunts with tennis balls and small stuffed animals whenever possible. “Domhnall did a lot of sketch comedy back in Ireland and the U.K.; it’s just recently that he’s [had] more serious parts,” notes Gluck of Gleeson, who was tasked with singlehandedly demolishing the toy section of famed department store Harrods. “He’s a very gifted, physical comedian, very exacting and up for anything.” 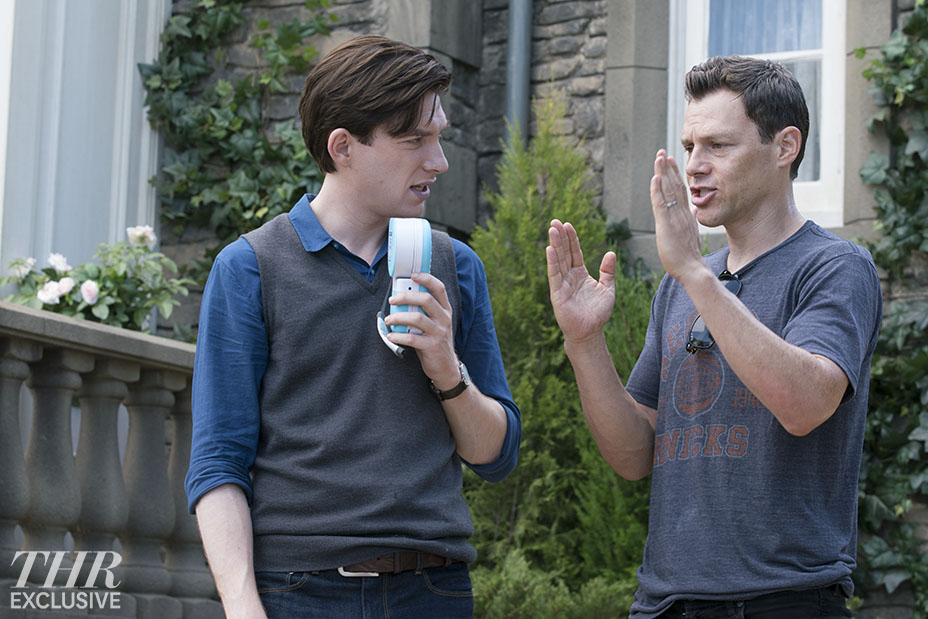 The movie, which shot a few scenes in England’s idyllic Lake District region, where Potter lived, has the approval of the guardians of her legacy — the publishers at Frederick Warne, a division of Penguin Random House, which has published Potter’s Peter Rabbit books since 1902. “I think Beatrix Potter was able to reach so many people with The Tale of Peter Rabbit because it’s a funny, timeless story that captures children’s imaginations,” says Susan Bolsover, director of licensing and consumer products for Frederick Warne. “Beatrix understood the importance of talking to children on their own level and created a story, set in the natural world, that all children would recognize with themes that would be universally appealing.”

Among the movie’s themes are an appreciation for animals and respect for the earth. But Corden, who also sings an original tune penned by Vampire Weekend’s Ezra Koenig, hopes one lesson resonates most with children — well, his own, at least. “You have to own your mistakes,” he tells The Hollywood Reporter. “It’s not the mistakes you make, everyone is gonna make mistakes, that’s inevitable. What’s important is how you might seek to rectify those mistakes once you’ve realized you might have made one, because that’s what will truly define who you are.”