Even though we may still be waiting on the title and first footage for Avengers 4, Marvel Studios’ plans for its future are becoming increasingly clear. Phase 4, or whatever this next iteration of the Marvel Cinematic Universe ends up being called, is shaping up to run quite the gamut of characters, locations, and time periods with Black Widow and The Eternals set for their own films, while sequels featuring characters Spider-Man and Black Panther are also in development. On Monday, an unexpected but welcome addition was added to the roster: Shang-Chi, the oft-labeled Master of Kung-Fu.

Marvel Studios head Kevin Feige has discussed his desire for increased representation in Marvel’s films going forward, not just in front of the camera but behind it as well. With Anna Boden co-directing Captain Marvel alongside partner Ryan Fleck, Chloe Zhao taking on The Eternals, Cate Shortland delving into Black Widow’s past and Ryan Coogler returning to direct the sequel to Black Panther, the future of the Marvel Cinematic Universe is shaping up to be a space for voices and visions the industry desperately needs more of. Coupled with the Peter Ramsey co-directed Spider-Man: Into the Spider-Verse at Sony, James Wan’s Aquaman and Cathy Yan’s upcoming Birds of Prey (and the Fantabulous Emancipation of One Harley Quinn) at Warner Bros., it’s clear that the future of superhero movies will no longer be dominated by white male voices. This doesn’t just mean new opportunities for filmmakers, but new stories that can change how we perceive the ever-popular mythology of superheroes. 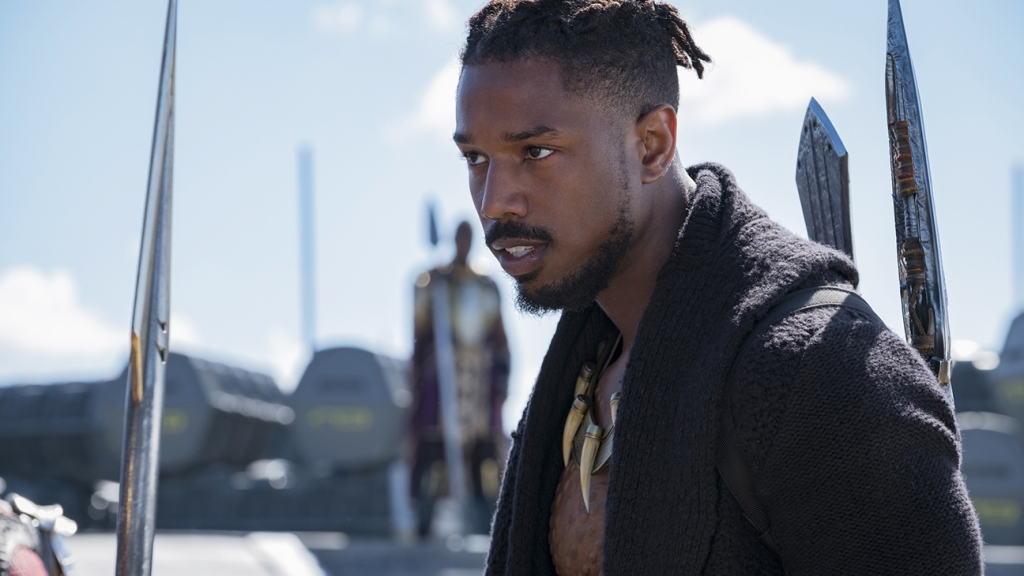 The news broke Monday that the character Shang-Chi is on the fast-track for a film with Chinese-American screenwriter Dave Callaham (Wonder Woman 1984, Spider-Man: Into the Spider-Verse 2 ) on script duties. While Shang-Chi might be largely unknown, even amongst comic readers, the character is primed to break out in a way similar to Black Panther earlier this year. Marvel is searching for Asian and Asian-American filmmakers to helm the feature in the effort to make sure the film offers a perspective on Asian identity, something Hollywood is coming to realize the importance of and desire for, following this summer’s breakout hit Crazy Rich Asians. Despite his lack of recognition, Shang-Chi has been a key player in Marvel Comics with a rich, though often trope-defined history, that is ready to receive a new perspective just as illuminating and unique as any to come out of Wakanda.

Created by Steve Englehart and Jim Starlin, Shang-Chi first debuted in Special Marvel Edition No. 15 in 1973. His existence actually came about because Marvel Comics couldn’t get their hands on another popular property: the Warner Bros.-owned television show Kung Fu starring David Carradine. Ultimately, this ended up for the better as Marvel was able to create an original Chinese character, rather than utilizing a white dude playing at being Asian. Shang-Chi proved to be popular, largely because of the increased distribution of kung fu movies in American cinemas. Modeled after Bruce Lee, Shang-Chi became an unofficial means to continue the legacy of the martial arts icon. In 1974, Special Marvel Edition changed its name to The Hands of Shang-Chi: Master of Kung Fu to capitalize on the increased appeal of the character. While Shang-Chi’s reign was short, and his series ended in 1983, his team-ups with Iron Fist, Daughters of the Dragon, Heroes for Hire, Man-Thing, and Spider-Man cemented his place in Marvel’s history.

Despite good intentions and attempts to honor the legacy of martial arts films like The Big Boss (1971) and Enter the Dragon (1973), Shang-Chi’s appearances in the ’70s and ’80s relied on archetypes and troubling depictions. When Marvel couldn’t acquire the rights to Kung Fu, they instead bought the rights to Sax Rohmer’s pulp villain Dr. Fu Manchu and made Shang-Chi his honorable son. As a result, the history of Shang-Chi is also a history of one of pop-culture’s most controversial figures, one that relies on “Yellow Peril” and Asian-centric xenophobia spurned by World War II. Recent Shang-Chi appearances in the 21st century have retconned the Fu Manchu connection, possibly due to a loss of rights, and have instead made Shang-Chi the son of an ancient Chinese sorcerer Zheng Zu. As to whether this change was any better is a discussion best left to Asian-American voices.

Despite a dated history, Shang-Chi has evolved over the decades, though intermittently used and his evolution hasn’t taken him as far as it should have. While his powers have evolved beyond kung fu mastery to the ability to create duplicates of himself, and he’s helped heroes like Spider-Man refine their skillsets, and even joined the Avengers for a time, he still feels like something of a relic belonging to just a screen over from blaxploitation films. Marvel was able to re-envision a character with a similar dated appeal with Luke Cage on Netflix. Thanks to Brian Michael Bendis’ Alias and New Avengers run, Luke Cage had once again returned to prominence among comic readers. But the series further eliminated some of the thug-life tropes that made him a black folk hero for our modern times, placing him within the context of contemporary race relations rather than the fantasy just outside of it. Shang-Chi felt deserving of a similar chance to shine on Netflix, especially following the controversy of Iron Fist, until it became clear Netflix and Marvel’s relationship is winding down. But, it speaks volumes about Marvel’s plans for the character given that it is perusing a feature film for Shang-Chi, rather than a series on Disney+. Marvel wants to get as many eyes on Shang-Chi as possible, and that can only be a good thing. 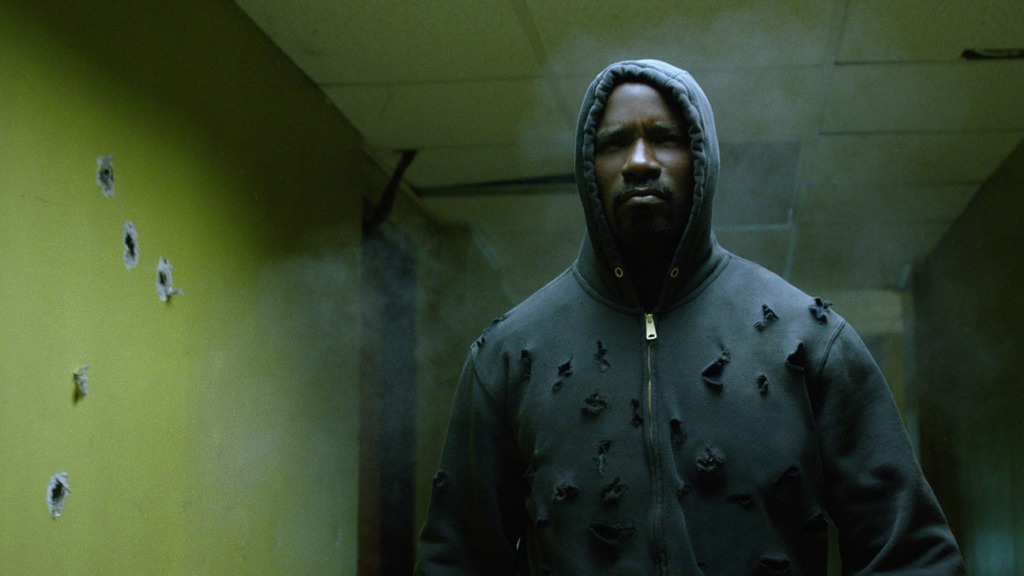 With Monday’s news came a number of social media opinions that the film should be Marvel’s PG-13 take on The Raid (2011) or The Night Comes for Us (2018). As awesome as those movies are, and as important as fight scenes will inevitably be to the film, we’ve had plenty of Asian action heroes who are cooler than cool, but few we’ve gotten to know as characters in the same way we know the plights of white action heroes like John McClane, Rambo or Ethan Hunt. Shang-Chi is an opportunity to depart from the Asian martial artist as the sleek, unfazed fighting machine, and instead our chance to get to know a distinct and highly skilled character faced with challenging the perception pop culture has so often attached to the Asian hero. Shang-Chi can be so much more than Marvel’s Bruce Lee.

There are Asian-American writers who can better speak to their hopes for the Shang-Chi movie and the kinds of trials and triumphs they’d love to see reflected from their own experiences. But as a black writer, I can speak to the fact that Black Panther illuminated concepts I never thought I’d see in a superhero film. From the feeling of being separate from Africa, to the importance of black women, and Killmonger’s plight, Black Panther is so clearly a film driven from the black perspective. It’s a pic that allowed its titular character to become more than a stoic paladin, and instead become an actual character faced with authentic challenges and a place in the world that all audiences could learn from if they listened. I want Shang-Chi to be that for Asian and Asian-American audiences. I want Shang-Chi to be that for all audiences who are willing to listen to a story that offers more than kung fu — a story that will undoubtedly shape our next decade of comic book films and the people hired to tell them.